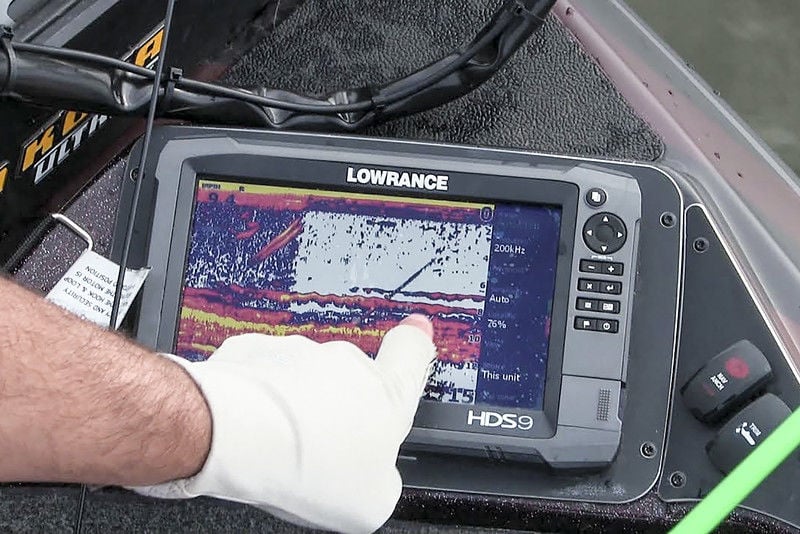 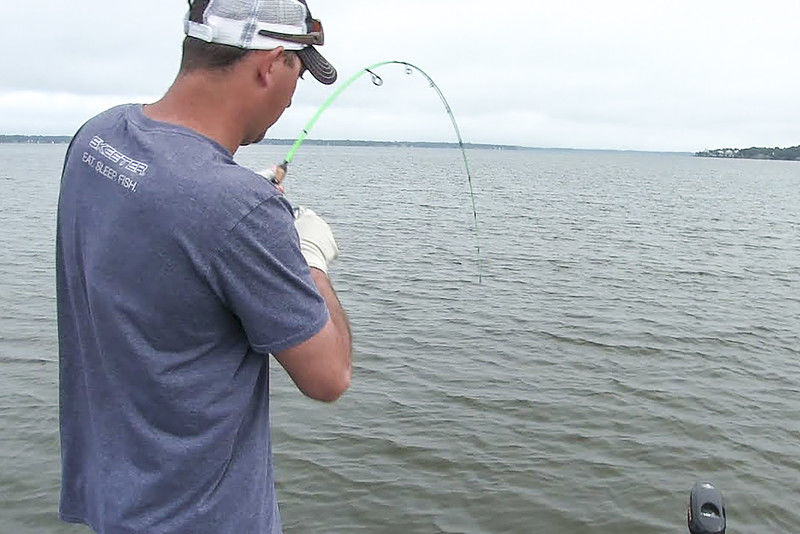 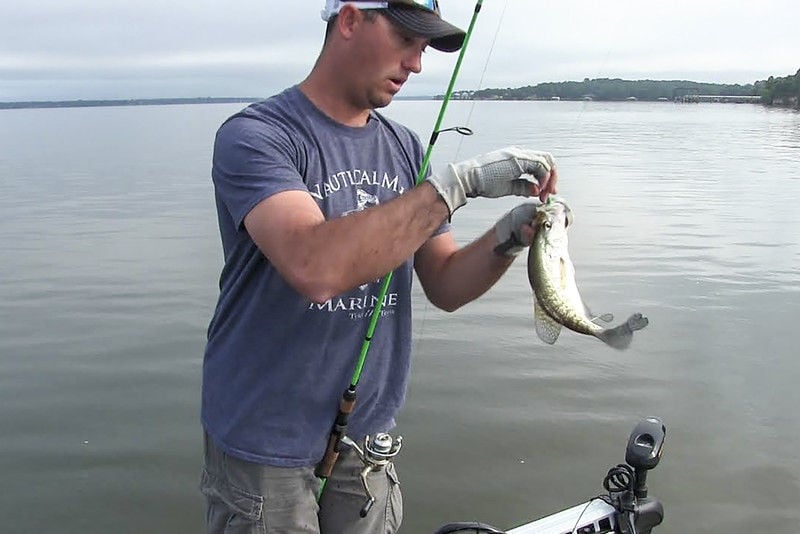 Even at 45 years old, Lake Palestine still has a lot of timber throughout the main lake.

To a lot of fishermen, they liken it to landmines waiting to puncture a boat hull or rip the lower unit off an engine.

With over a thousand trees, stumps and brush piles on the lake marked, the guide uses the GPS on his Lowrance HDS 9 to first narrow in on an old submerged bois’d arc tree south of The Villages along the Neches River channel. Once there, he uses the side-scan sonar to peek around the tree to see if any fish are home.

If they are, he moves to the front of his Skeeter ZX 250 and flips on his sonar where he can hone in on the exact limb a fish is hiding under or beside, watches his jig drop and if all goes well, within a minute or so he pulls a fish in the boat.

This is crappie fishing, but not your granddad’s style or even your dad’s. This is the future, and the future is now.

As we pulled away from Flat Creek Marina, Oliver said we were going to target some trees that typically hold bigger fish. We would be trying to pick them off one at a time using Whitehouse-based Bonehead Tackles BX jig heads with either Slim Sticks, Stump Bugs or Brush Glider plastics, preferably with pink.

He was a little concerned because we were fishing post-cold front.

“For some reason the fish on this lake never bite when there is a north wind,” Oliver said.

And that is what keeps him fishing, because in the end it is still a man with a lure trying to get a fish to take the bait.

The high-tech toys along with the skill required is what is attracting a new generation to crappie instead of bass.

“Anything you can do to make it more cool, more to interact with it, is going to be more interesting to (younger fishermen). There are a lot of younger guys doing it now. It is a stress-free way of fishing and it has a lot of rewards. You can take fish home and eat them and not feel bad about it, and you have cool equipment to use,” said Oliver, who also teaches electronics to fishermen who want to learn to use their high-tech gear better.

As he moved from one old hardwood tree to the next, submerged in 20 feet of water or more, Oliver did not expect to find wads of crappie. Instead he was looking for maybe 10 or 12, hoping to hook five or six before finding the next spot.

“This bite isn’t for everyone,” said Oliver, who has been guiding off and on for about 10 years. “We have one limb on the graph and that is where I caught that fish. You have to become real intimate with your electronics because your fish are going to be glued to that limb.”

He added it is different than fishing brush piles, which is a numbers game.

The result he said might be half the fish a two-man team might normally catch if fishing shallow-water brush, but if they catch 50 almost everyone will be above the 10-inch minimum length limit.

“The reason I do that is the size quality of the fish, the quality we are going to catch. I am watching for a spot on this tree, just in a small area, that is going to have two or three big fish on it and I am going to try to pick at them,” Oliver said.

Adding to his onboard technology, Oliver is also utilizing a Minn Kota Ultrex trolling motor. Equipped with IPilot technology, the motor holds itself on the location where he parks it, allowing him to more easily concentrate on where he drops his bait.

Oliver’s actual fishing style could be described as less is better. Fishing either vertically or pitching the lure ahead of the target into the wind and letting it drift back to where he wants it, he allows the wave action or his normal movement around the deck to jig it up or down. Otherwise, he attempts to hold his rod tip steady a foot above the water, sometimes moving the bait left or right.

Less movement, he explained, keeps the bait in the strike zone more.

A former tournament fisherman who decided to switch to a slower-paced style of fishing, and one that would allow him to take home fish to eat on occasion, Oliver said he picked up the idea of fishing individual trees from the basic tenets of crappie fishing.

“Good crappie fishermen are going to talk about fishing timber. It is a known pattern that exists. I thought about places on Palestine that have timber and started using side-imaging to go find it. I have thousands of trees marked, I guess. They are not all going to have fish. That is another thing about electronics. You have to be able to study them and pick out which ones are holding fish,” he said.

He typically scouts the trees at night when he is not fishing. However, there are times while easing from one location to another he will happen across a new one that immediately gets marked, and if holding fish worked.

Oliver said the tree-to-tree pattern holds up from spring throughout the summer, and can actually be at its best in fall when the shad move up the river. It is also a pattern that transfers to any other lake in the state with standing timber and can be used on lakes without timber that have deep water brush.

In the case of Lake Palestine, he has seen the crappie population growing and maturing in recent years following the draw-down during the drought.

“We had several low-water years that were followed by high-water years, so it let a lot of vegetation grow. When the fish spawned, a lot of fry lived so our population is really high right now. Those age classes of fish are getting to the point they are keeper fish and some from the earlier years are getting to be really nice,” Oliver said.

For information about a fishing trip or a day’s fishing and electronics course, contact Oliver at 903-515-0036.