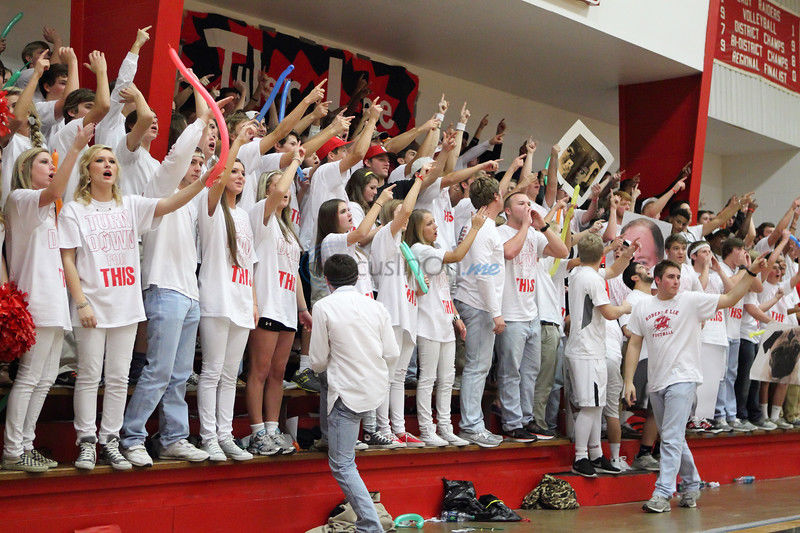 The Robert E. Lee student section, better known as the "Red Mob" were in full voice last season and new Lee coach Jeff Coleman is anxious to see what kind of atmosphere they provide this year with their first opportunity tonight against Lufkin. (Lang White | Correspondent/File) 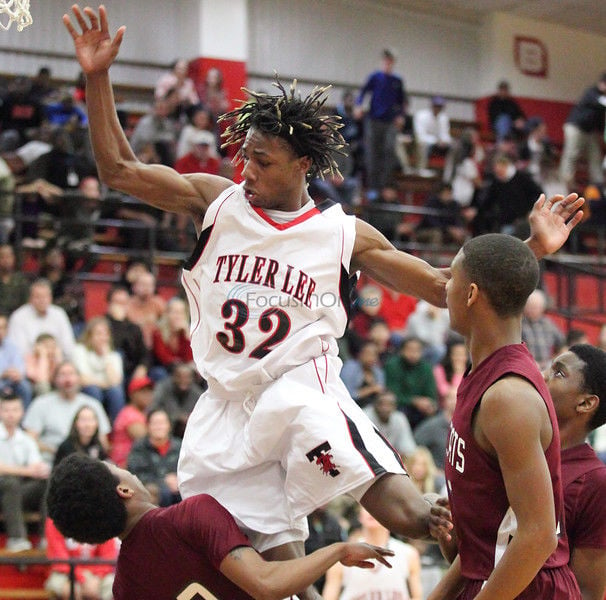 The Robert E. Lee student section, better known as the "Red Mob" were in full voice last season and new Lee coach Jeff Coleman is anxious to see what kind of atmosphere they provide this year with their first opportunity tonight against Lufkin. (Lang White | Correspondent/File)

"New" is the buzzword for Robert E. Lee boys basketball.

The Red Raiders begin a new season tonight at home against Lufkin. Jeff Coleman will be making his debut as the new coach for Lee, and at his disposal will be numerous new faces wearing red and white uniforms.

Tip-off is set for 6 p.m. at REL Varsity Gymnasium.

Coleman leads the way for a Lee program that is trying to break through and grab its first playoff win since 2007. Last year Coleman piloted the Kilgore Bulldogs to the regional semifinals.

"I am in my 10th week of being on the campus here at Robert E. Lee, and the feeling I get is a positive feeling," Coleman said. "So far I am very pleased to be here at Lee."

The Red Raiders return one varsity letterman from last year's team, who was also a starter. Senior guard Rico Major (6-1) earned second-team all district honors a year ago averaging right at double figures while providing REL with consistent slashing ability toward the basket.

The backcourt is comprised of junior guards Jordan Berry and seniors John Davis and Joegene Aguilar.

Coleman has stressed to his guards about taking care of the basketball.

"I can tell you what I want our guards not to give us, and that's turnovers," Coleman said. "I want our guards to take care of that basketball and be an extension of me on the floor. They are the first line that touches the ball, so they will need to have their heads in the game and understand what we are doing and how to execute it.

"And when they have the opportunity to score, they need to be able to do that as well."

REL lost a double-double per game with the graduation of Caleb Johnston (now at Stephen F. Austin).

Filling that vacancy is 6-8 senior Garrett Thibodeaux, who transferred to Lee from Bishop Gorman where he led the Crusaders in every statistical category (averaged 23.4 points, 16.8 rebounds, six assists, four blocks and two steals) to be named to the TAPPS All-State team.

"We just have several talented kids," Coleman said about the roster. "We have a little size, but are abundant at guard. We are still looking at our kids and allowing them to (get comfortable in) our system here, and once our kids start settling down … we could have a really good program at Lee."

At the wing spots are Major and JuJuan Tilley, juniors Dexter Green and Dephen Walker and sophomore Keashun David. Penciled in at forward is 6-8 senior Garrett Thibodeaux (signed with Air Force) and 6-2 senior Michael Sapp. At post is 6-7 senior Tre Caldwell and 6-2 junior Thomas Nance.

Lee's junior varsity suffered only two losses last season and many of the players responsible for that success just got off the football field, led by Isjuwan Barker. Also expected to join the varsity from the gridiron are Zach Hall and Jordan Devers.

The Red Raiders will compete in several local events this season, like the Wagstaff Holiday Tournament. It will be the first time the Class 6A school has participated in the Wagstaff — comprised mainly of 5A-4A-3A schools and TAPPS — in several years.

Coleman, who arrived with the schedule already in place, said he has a plan to keep REL sharp so it's prepared when District 11-6A play begins.

"We want to concentrate on being successful in our games; whether we score 70 points and win or 50 points and win, we meet our objective. But we also have to realize that we might be able to score a lot of points against people in this part of the state, but (we are also the biggest school in the area)," Coleman said. "We want to be a contender and a team that will go deep in the playoffs and match up with DeSoto and Plano West and those kinds of really good basketball teams.

"So regardless of who our opponent is, we are going to play every game (within a framework). We are not just going to go up and down the floor because we can. Because when you start playing (the kinds of teams we will face in 6A), you have to be able to adapt and adjust to have success."

Coleman never faced Lee as an opposing coach, but has heard about the REL student section and is excited to see the "Red Mob" firsthand tonight.

"I am hoping that I can get a feel of that atmosphere and it will be a good atmosphere for our young men," Coleman said.