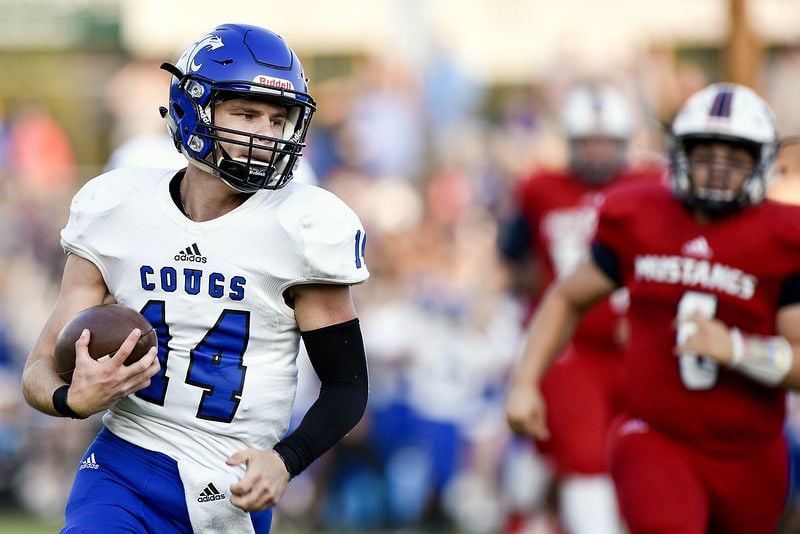 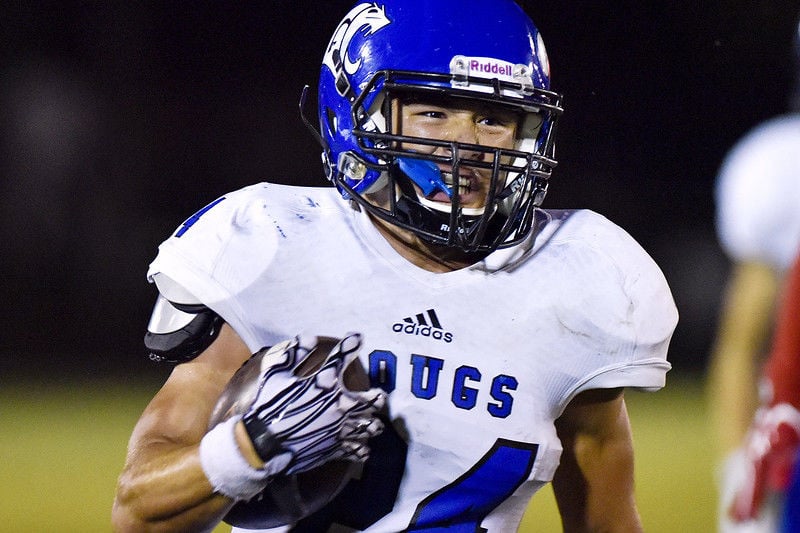 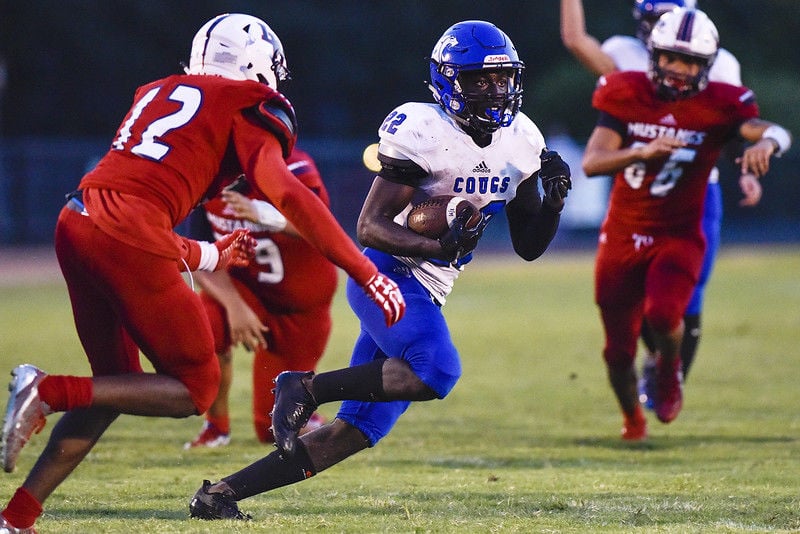 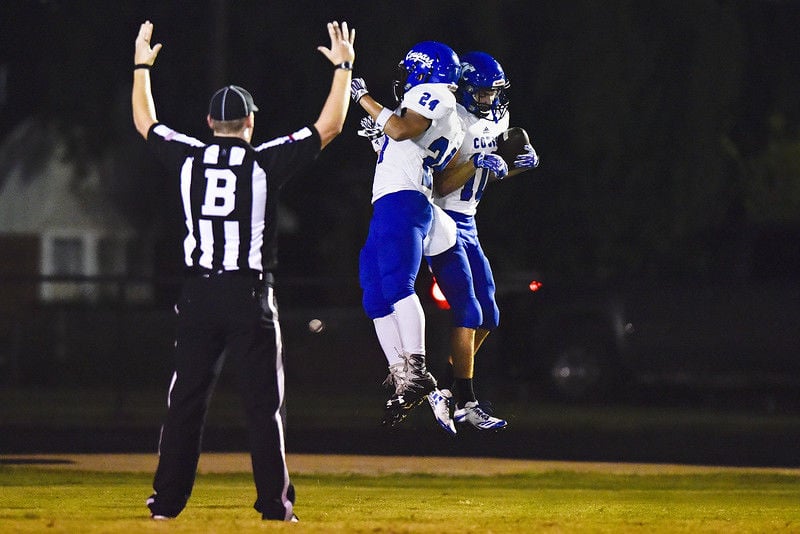 It was the first of three games in the 12th Annual Azalea Orthopedic and Texas Spine and Joint Tyler Football Classic.

It was also the first win at Grace for new head coach Norm Thompson, who replaced Mike Maddox following last season when the former Cougars coach went to Lindale to become athletic director.

Stone completed 11 of 17 passing attempts, highlighted by a 60-yard catch-and-run touchdown strike to Caleb Glenney. Junior tailback Uchenna Uduma pounded for 110 yards and two touchdowns on 24 carries with sophomore Alvin Skipworth scoring on a 60-yard run while also hauling in four catches for 57 yards, highlighted by a 19-yard touchdown.

"On his scrambles on those plays when we needed a first down he got it," Thompson said of Stone. "He's a player. He studies the game and he knows what we want to do."

The Cougars annihilated Waxahachie Life 46-0 last year in a game that needed a running clock in the second half.

Grace began the rematch in similar fashion with Stone driving the Cougars 69 yards in four plays, capped by a 28-yard keeper by Stone to make it 7-0. An interception by Grace's Wes Tollesen set the Cougars going the other way again. This time it was a 19-yard scoring pass from Stone to Skipworth.

Jacob Williams connected on 6 of 7 extra-point attempts with a bad snap preventing the senior from going perfect.

Down two touchdowns, Life turned things around in the second quarter after an interception by Jordan Poston helped give the Mustangs some momentum.

It was part of 490 rushing yards by Waxahachie Life's triple-option attack.

"This is their second year running that offense and is night and day (compared to last year)," Thompson said. "I don't think their quarterback made a bad read all night and they have some go-cats who can go with the ball."

Senior wingback Poston rushed for 153 yards, highlighted by a 77-yard touchdown. Everett Pulliam totaled 106 yards and a score with fullback Logan Blake rushing for 80 yards and a touchdown.

Grace led 21-6 late in the half after a 2-yard scoring run by Uduma on third-and-goal.

Life fired back with a 77-yard scoring run by Poston to cut the lead to 21-12. The Cougars tacked on Uduma short TD to lead 28-12 at halftime.

The Cougars made it 35-12 and looked to be in control in the third quarter, but Life had an answer again, using a 43-yard run from Pulliam to set up an eventual 5-yard touchdown by Gage Mayfield. The Mustangs also converted the two-point play on a run from Ben de la Cerda to make it 35-20.

Grace tried to respond, but Stone's deep pass was picked off by Demont Mathis.

Now it was Life with the momentum as the Mustangs drove to cut the lead further.

Grace's Griffin Kuykendall stopped that threat with an interception and Glenney's 60-yard TD put the win on ice.

"We were right on the verge of just pushing all the momentum over to them, but when we had to have a stop, we got a stop," Thompson said of Kuykendall's turnover. "That was key. We let them score a few times, but we'll get those things corrected as we grow and get more experience."