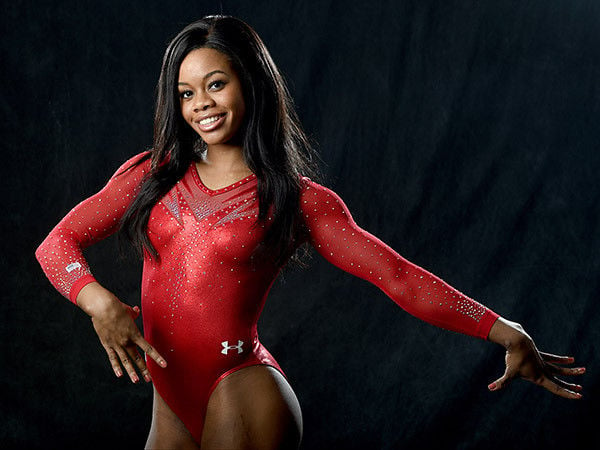 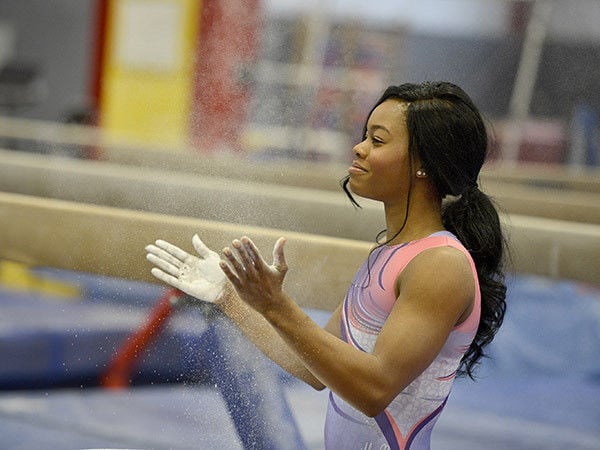 Gabby Douglas is aiming to be the rare woman gymnast to compete in multiple Olympics. (Duane Prokop, Oxygen) 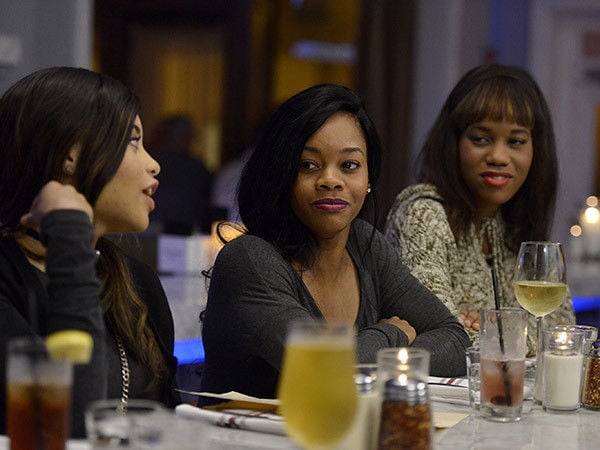 Gabby Douglas is aiming to be the rare woman gymnast to compete in multiple Olympics. (Duane Prokop, Oxygen)

Natalie Hopkins remembers thinking it couldn't get worse than having to explain to her children why they couldn't take showers after playing sports all afternoon. Struggling to rear four children largely alone, Hopkins was forced to go on disability in 2009. With only a trickle of money coming in and the family's Virginia Beach home in foreclosure, she couldn't afford to pay the water bill.

But a lower point followed in 2011, when her youngest - Gabby, then 15, a tiny gymnast with outsize potential and a dazzling smile - made a tearful call home from Tokyo on a borrowed cell phone to tell her mother that the U.S. team had won gold at the world championships.

"She was sobbing so much. I heard her say that she was all alone and had no one to celebrate with," recalled Hopkins, who couldn't afford the trip to watch her daughter compete in Tokyo. "I cried and told her, 'I will never miss another competition as long as you're in this sport - no matter where you go on this continent or another. I will always be there for you. I don't care if I have to stand on the side of the road and panhandle."

Gabby Douglas' performance at the 2012 London Olympics, where she became the first African-American to win the coveted all-around gold and helped the U.S. women to the prestigious team gold, was among the more riveting stories of the Summer Games. Her world changed overnight, as global media scrambled to tell the story of the 4-foot-11 trailblazer who'd traveled such a difficult road. Book publishers and talk-show hosts called. An autobiography, "Grace, Gold and Glory: My Leap of Faith," followed, as did a Lifetime biopic, "The Gabby Douglas Story," an Essence cover story, a Vanity Fair profile and visits with Oprah and First Lady Michelle Obama.

Four years later, Douglas has evolved in many respects. Now 20, she has grown 2 1/2 inches. Her natural, girlish beauty has a sophisticated polish. The life of her family has evolved, too. Joined by her elder daughters, Arielle and Joyelle, and son Johnathan, Hopkins moved from Virginia Beach to an elegant home in the San Fernando Valley near Los Angeles, to better manage Gabby's career.

Douglas' place in Olympic history is assured. Signed to marketing deals with AT&T, Nike, Citi and Procter & Gamble, she also has a line of leotards that bear her name.

Instead of resting on these achievements, Douglas is girding for the next challenge: a place on the 2016 Rio Olympic team and pursuit of another medal.

"I just feel like I haven't really reached 100 percent of my ability," Douglas said during the U.S. Olympic media summit in March. "And I really want to do that: to go all out and do bigger gymnastics than I did before."

And if she wins a third gold medal, she said, it will belong to her entire family.

That belief is the launching point of a six-week reality series, "Douglas Family Gold," that debuts Wednesday night on Oxygen. It chronicles the shared sacrifice and joy of the six family members behind Douglas's pursuit of a second Olympics: her grandmother, who goes by "Miss Carolyn," who lives with Johnson in Columbus, where she now trains; Hopkins, self-described "mom-ager" of Johnson's career; and the three elder siblings who round out the close-knit support team.

Rod Aissa, the network's executive vice president of programming, believes Douglas' drive and determination to fight for a spot in Rio will resonate with a broad audience.

"She wants to leave a real mark, and that's incredibly inspiring," Aissa said. "And her family has been a huge source of support."

Hopkins acknowledged she was initially wary of the idea of a family-based reality series, unsure about surrendering her privacy to that extent.

It was Arielle, her eldest child, who swayed her.

"She said, 'If we do anything wrong, that's going in the paper. We're going to be in the public eye no matter what, so the private information isn't as private as you think!'" Hopkins recalled.

"Douglas Family Gold" chronicles that uncertainty; its six episodes take viewers up to the selection of squad, whose five members will be named following U.S. Olympic trials in San Jose on July 8-10.

The competitive life-cycle of a female gymnast is brief and cruel. David Kruse, a former gymnast turned orthopedist who coordinates medical care for USA Gymnastics and serves as team physician to the men's squad, said the goal for female gymnasts is to peak on an Olympic cycle, ideally at age 16 to 18.

"The peak tends to be in those mid-adolescent years, where with men, it's older," Kruse explained.

Simply making a second Olympic team is a tall order for women. Just a handful have done it. Dominique Dawes, the outlier among them, competed at three Olympics.

And more than 40 years have passed since any woman won back-to-back all-around gold, Vera Caslavska of Czechoslovakia in 1964 and 1968.

"Usually it's thought of as a one-shot deal," Kruse said.

The essential challenge, Kruse explained, is simply staying healthy in a full-body sport that demands mobility, flexibility, muscle strength and stability. Then comes the wild card of not growing too quickly. Add to that the challenge of staying hungry in a sport that the typical world-class athlete has intensely practiced since age 4 or 5. Finally, there's the challenge posed by the next wave of competitors, ever younger and more skilled as gymnastics' degree of difficult ratchets up.

Three-time all-around world champion Simone Biles, 19, is currently the sport's standard-bearer - the best gymnast the world has produced, in the view of many.

"I love that girl!" Douglas exulted about Biles, marveling at her talent and power. "I love watching her. She is such a fierce competitor."

The ranks of America's Fierce Five that won team gold in London have winnowed. Jordyn Wieber retired at 19, in 2015. Earlier this year, Kyla Ross bowed out after a four-inch growth spurt, followed by McKayla Maroney. That leaves two London veterans in the mix for Rio: Aly Raisman, 21, and Douglas, who said she knew from the moment the 2012 Games ended that she wanted to return for Rio.

"Gymnastics is my passion, and I didn't want to give it up," Douglas said. "I felt too young and too fresh to give up gymnastics."

That's when a short-lived tug-of-war began with her mother.

"I wanted her to take advantage of the amazing things that were happening to her, and I wasn't willing to take no for an answer. In my eyes, I was looking ahead, and I wanted her to learn to do that."

Douglas said she's glad she took the time off her mother insisted on after London, aware in retrospect how much her body and mind needed the break.

"My mental game is stronger this time," Douglas added. "I believe in my ability more. I'm so confident when I go out there that I'm letting things flow instead of muscling them."

After nearly two years off, her return to training was rocky. She changed agents, then coaches. And the upheaval likely set back her return to form. As the first episode of "Douglas Family Gold" chronicles, she struggled at first, particularly on the unforgiving balance beam, which exposes the slightest hint of nerves.

But as Douglas explains at the series' outset, "When I fall, it's my family who picks me up."

And there's plenty of footage of the good times and light-hearted ribbing that keep the reigning Olympic all-around champion grounded. Teased about not having a boyfriend, she counters as one point: "I'm in a relationship! His name is Jim ... Nastics!"

Hopkins said that laughter and joy in one another have gotten her family through hard times and keep them united today.

"Everything stops when there is somebody in the family who needs support," Hopkins says. "I love that most about my family and how I raised my kids - the way we come together and face adversity."