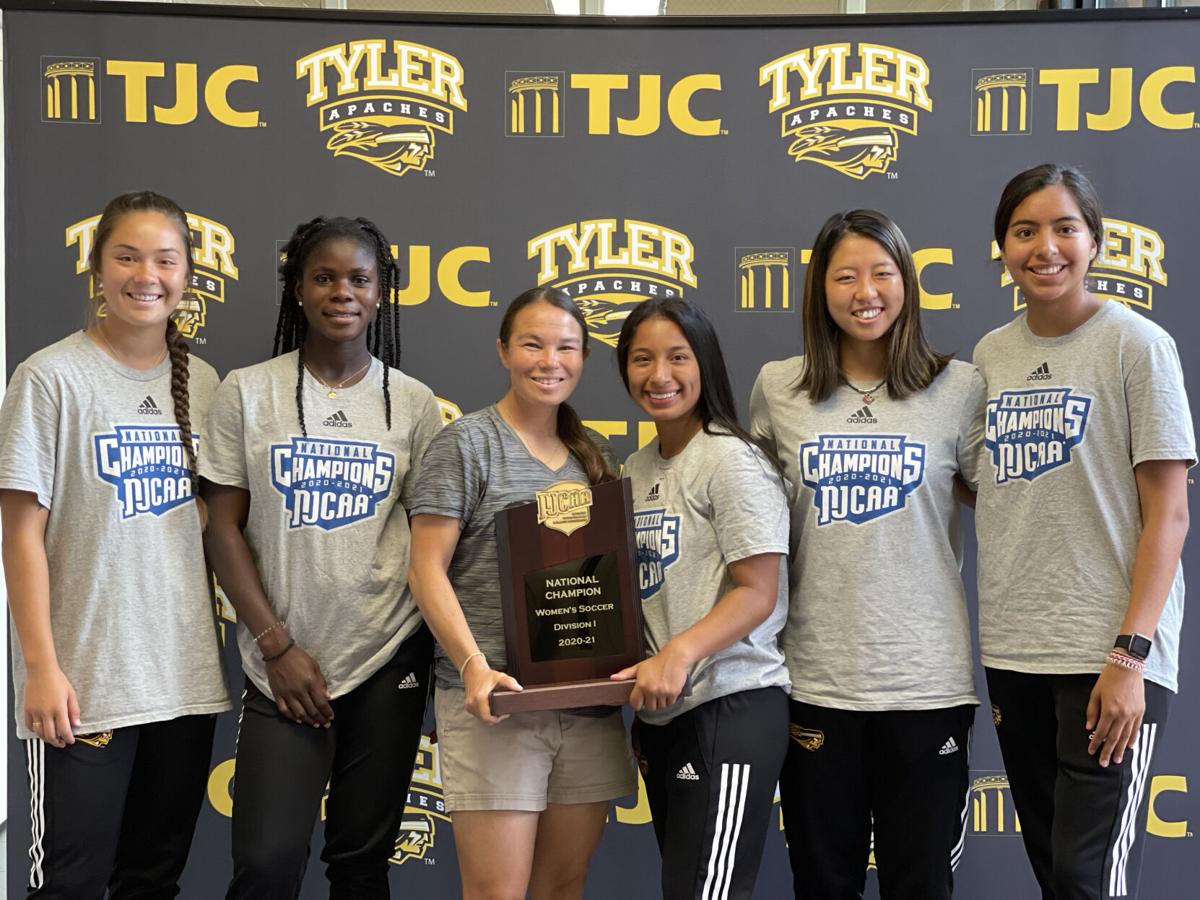 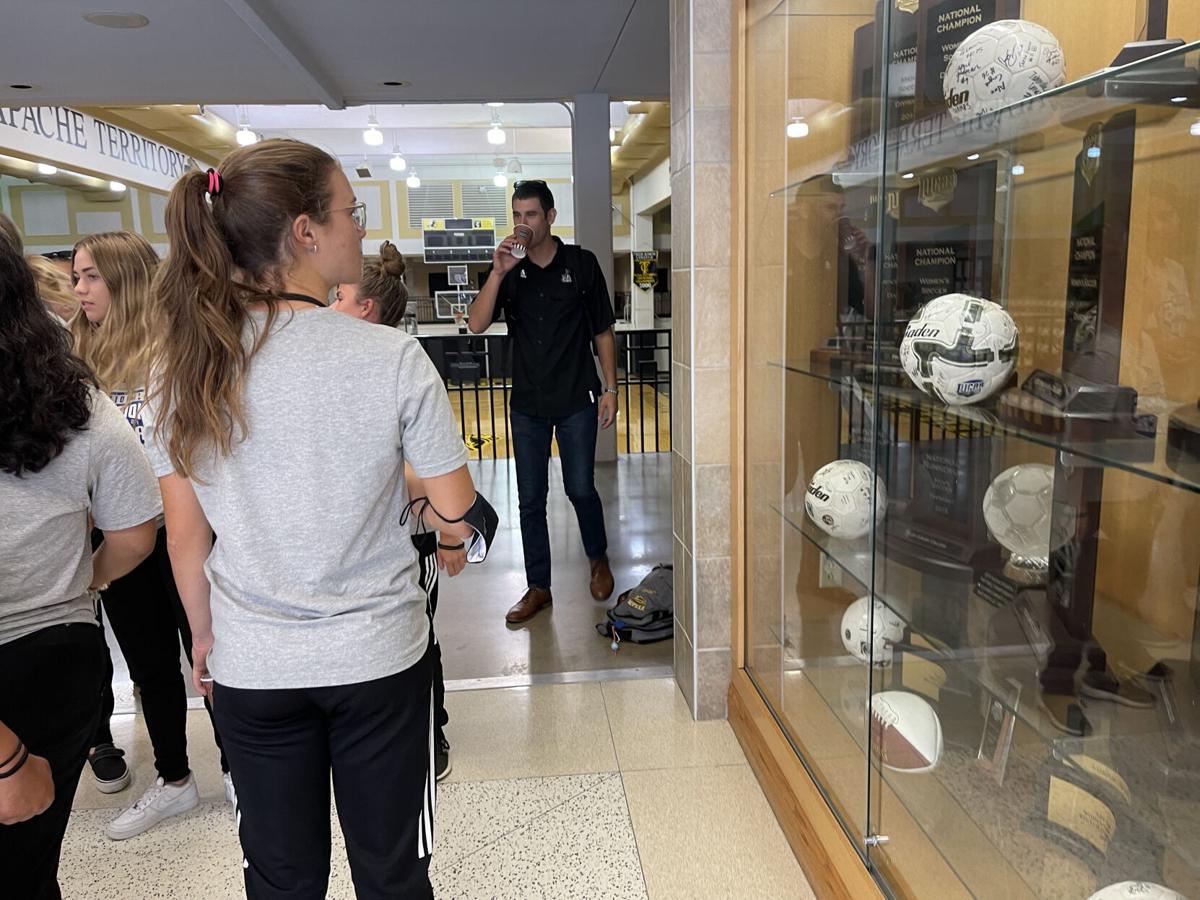 Players celebrated another Tyler Junior College women's soccer national championship at the Breakfast with Champions. It is the 66th national title in all sports college history. 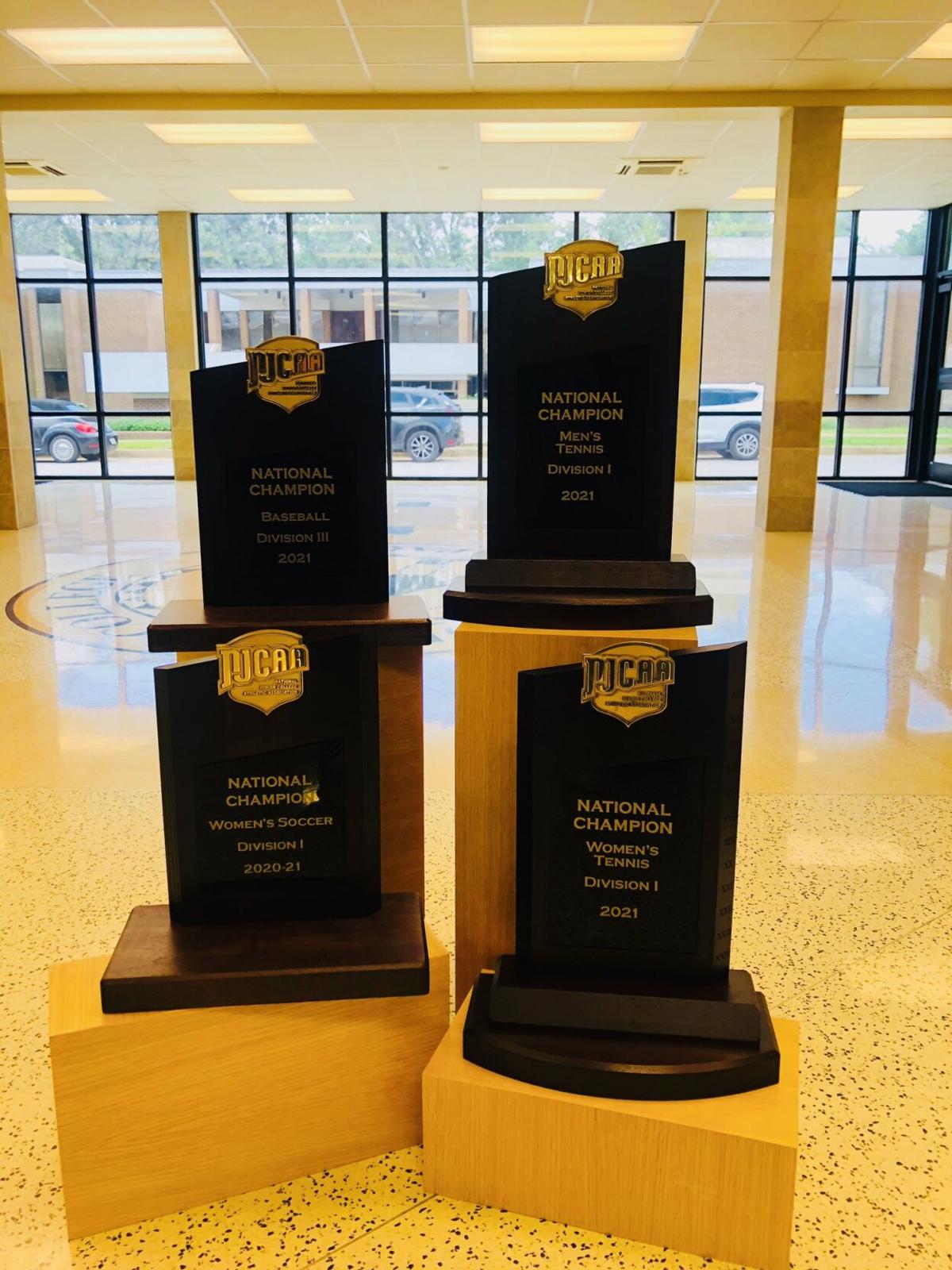 Players celebrated another Tyler Junior College women's soccer national championship at the Breakfast with Champions. It is the 66th national title in all sports college history.

The Apache Ladies could finally relax.

What began with a canceled fall season, along with the uncertainties of attending classes or playing a schedule during the COVID-19 pandemic, concluded with a celebration.

The Tyler Junior College women’s soccer team not only played this spring, but topped it off with an unbeaten season and the NJCAA Division I Women’s Soccer National Tournament championship.

The team gathered in Wagstaff Gymnasium for another Breakfast with Champions on Thursday, the fourth time this spring that Dr. Juan E. Mejia, TJC president, and Kevin Vest, athletic director, honored a team that won a national championship. The Apache Ladies follow women’s tennis, men’s tennis and baseball.

Coach Corey Rose, who has led TJC to five national championships in a program that’s first season was in 2008, was overcome with emotion addressing the team via Zoom. He and his family were taking some R&R in South Carolina, just north of where the national tournament was held.

“Many people asked me why I would go from a four-year college (Belhaven) to a junior college,” Rose said. “This is why ...” as he compilmented his team and noted that TJC is a special place.

For the second time, Mukarama Abdulai, a 5-8 sophomore forward from Tamale, Ghana, was named Most Valuable Player. She won the award in 2019 the last time the tournament was held, also a national championship for Tyler.

This is the Apache Ladies’ fifth women’s soccer championship and second consecutive for the program. They have appeared in the national championship game every season since 2016, winning three titles during that stretch.

Vest also noted head trainer Eddy McGuire and his student managers were instrumental in the success of the teams.

The only disappointment by the team was that they barely finished second behind the Apache Ladies volleyball in the Grade Point Average race.