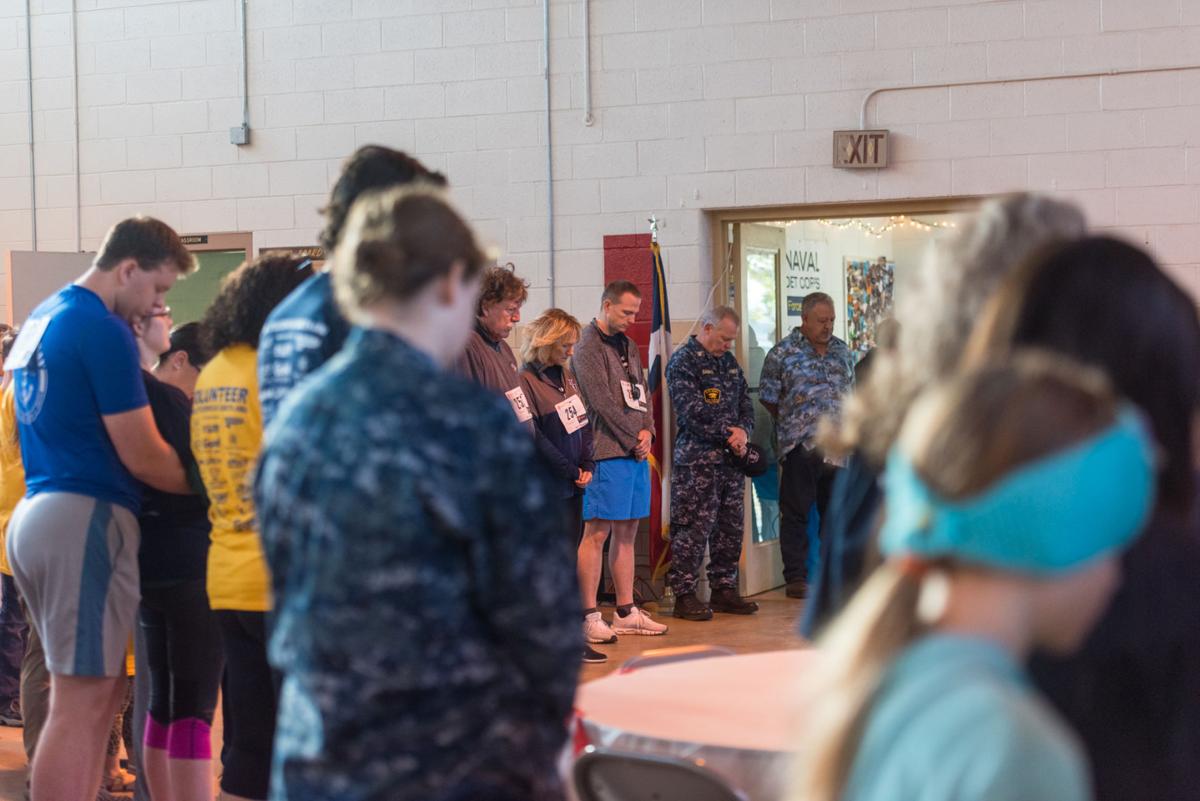 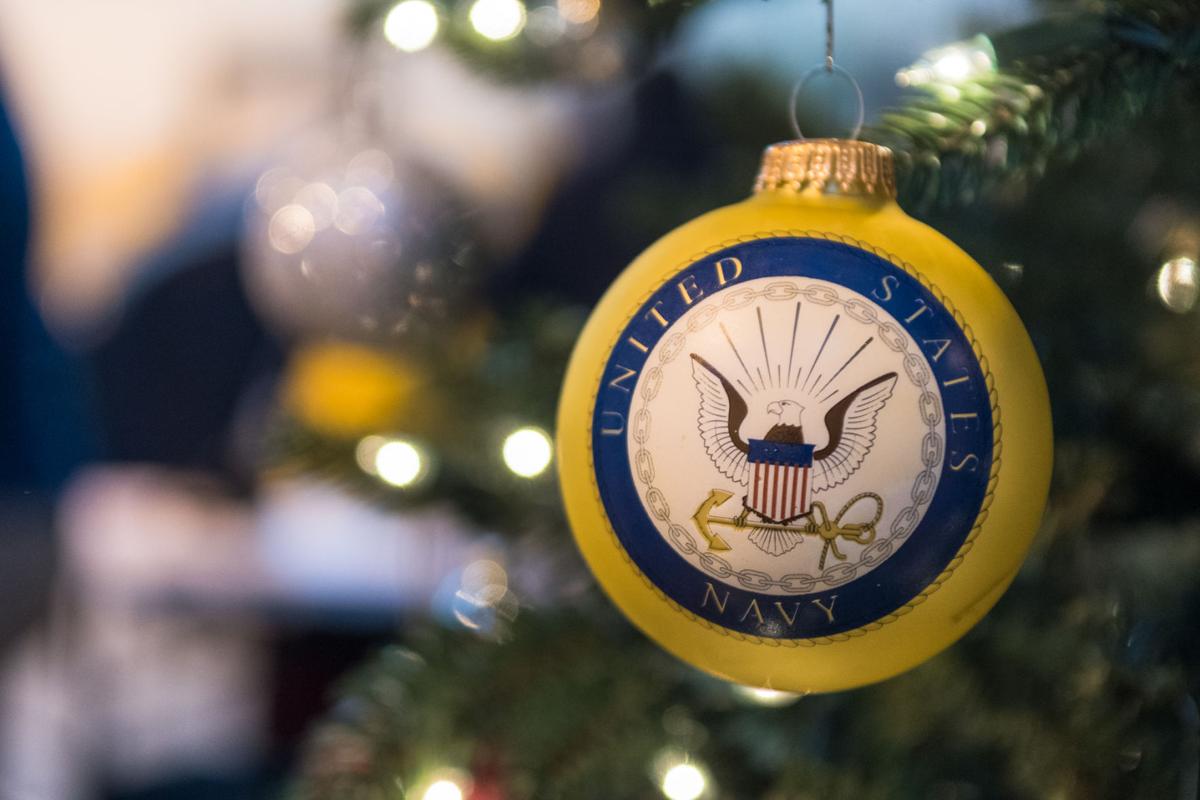 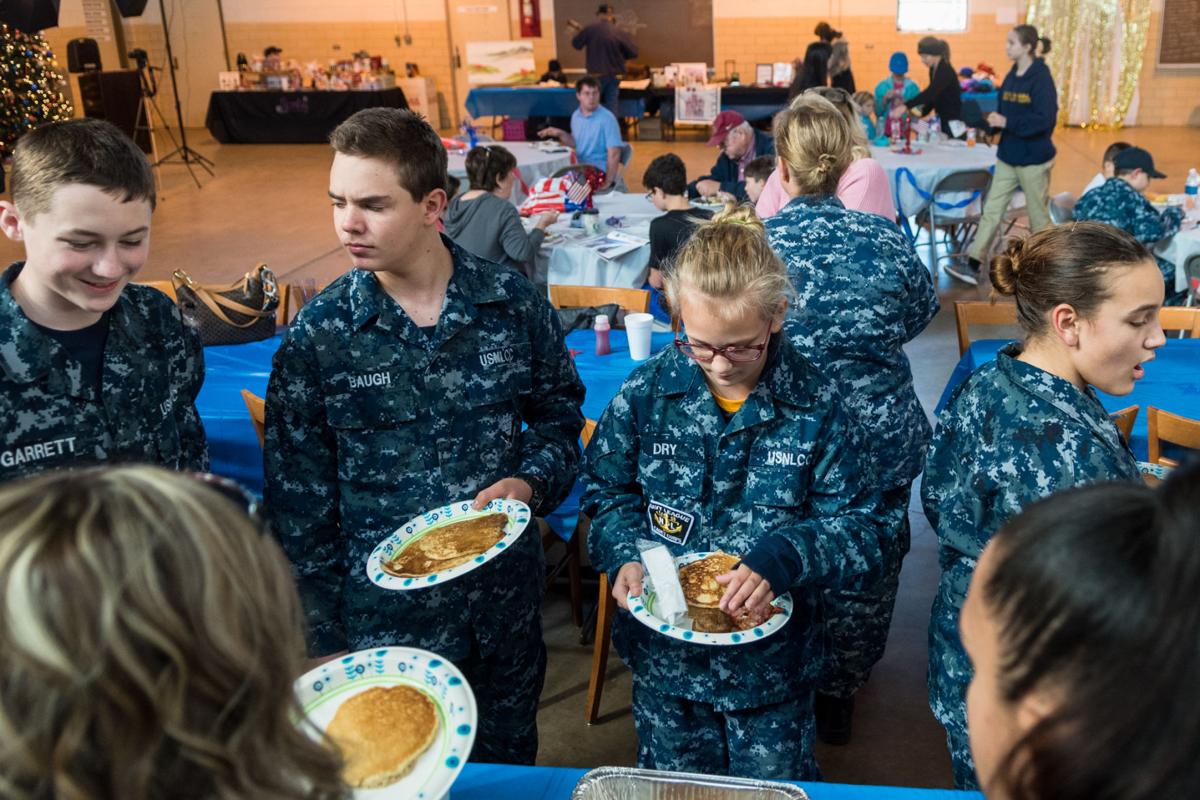 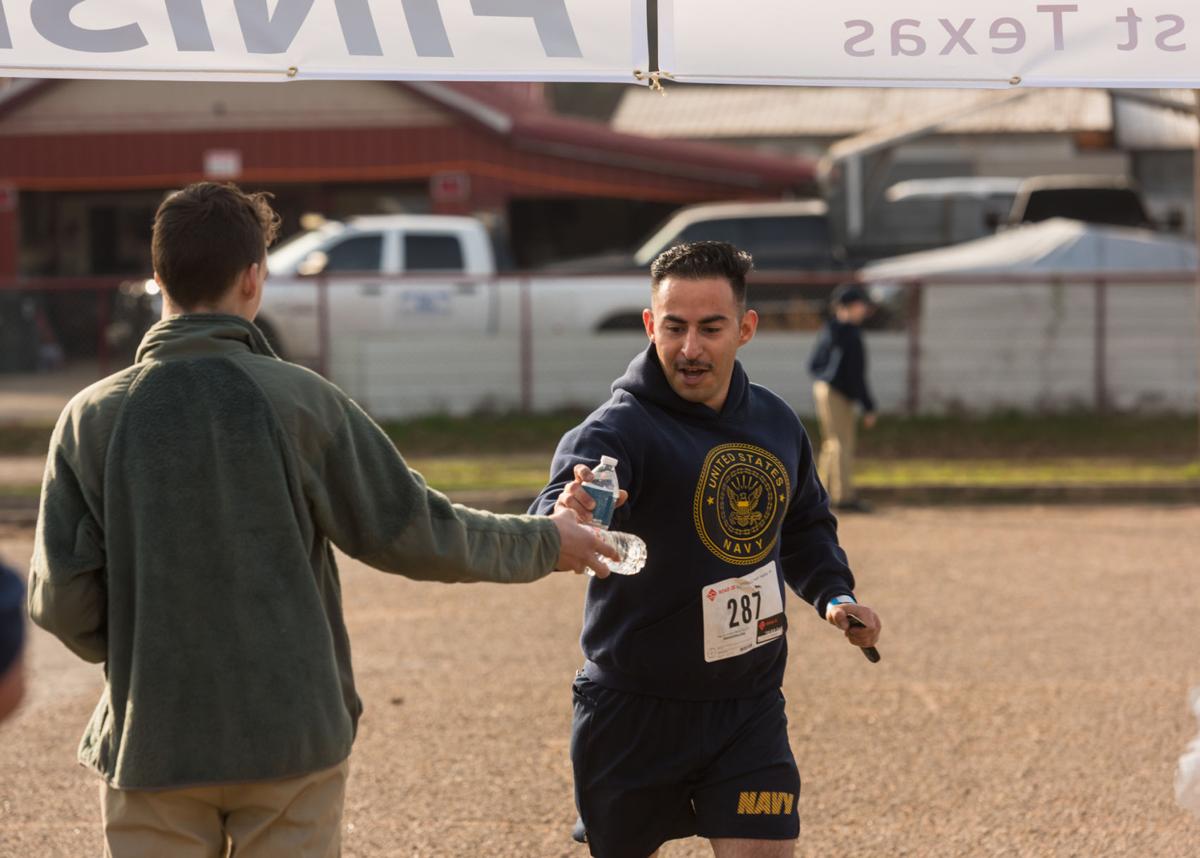 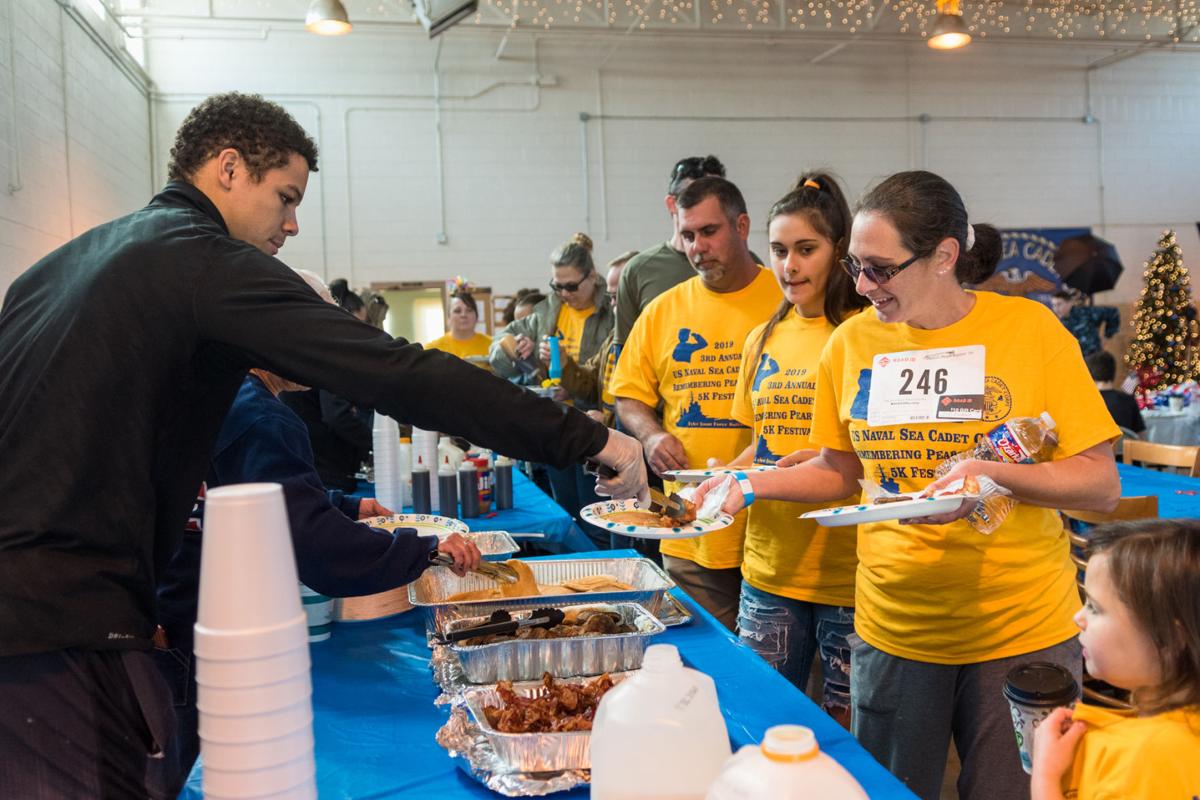 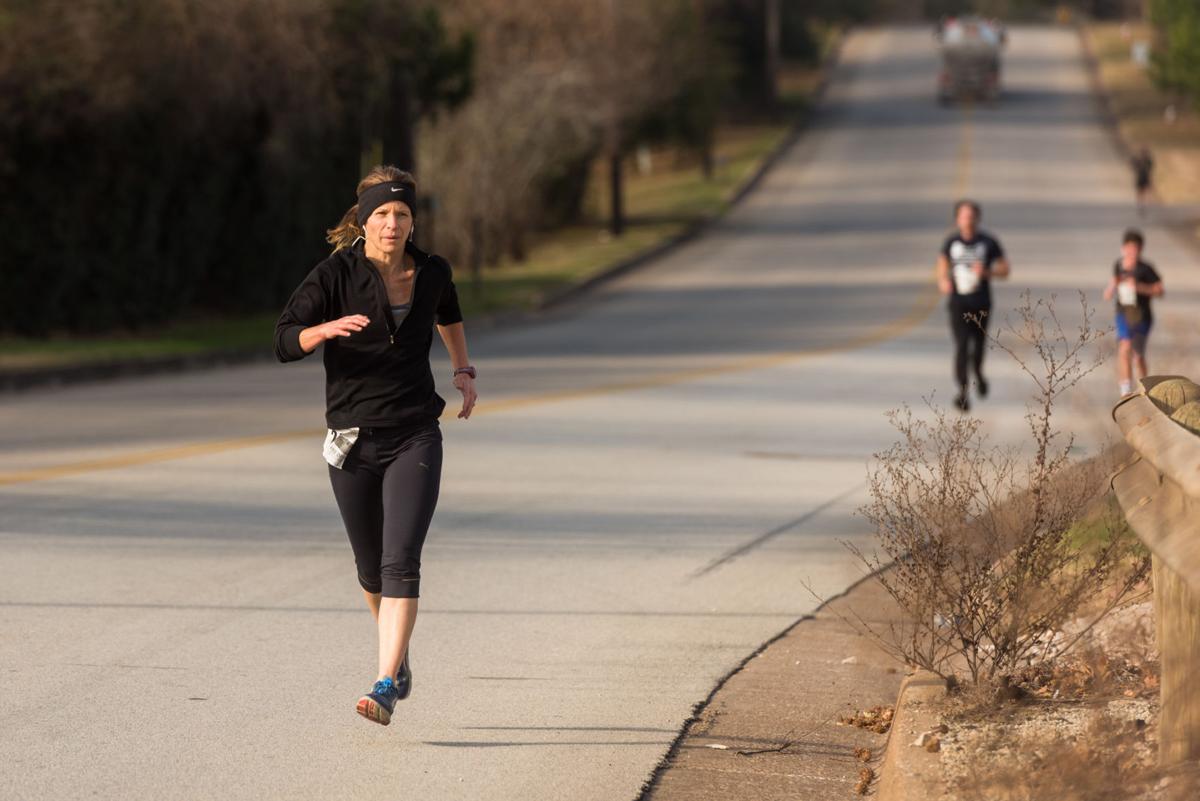 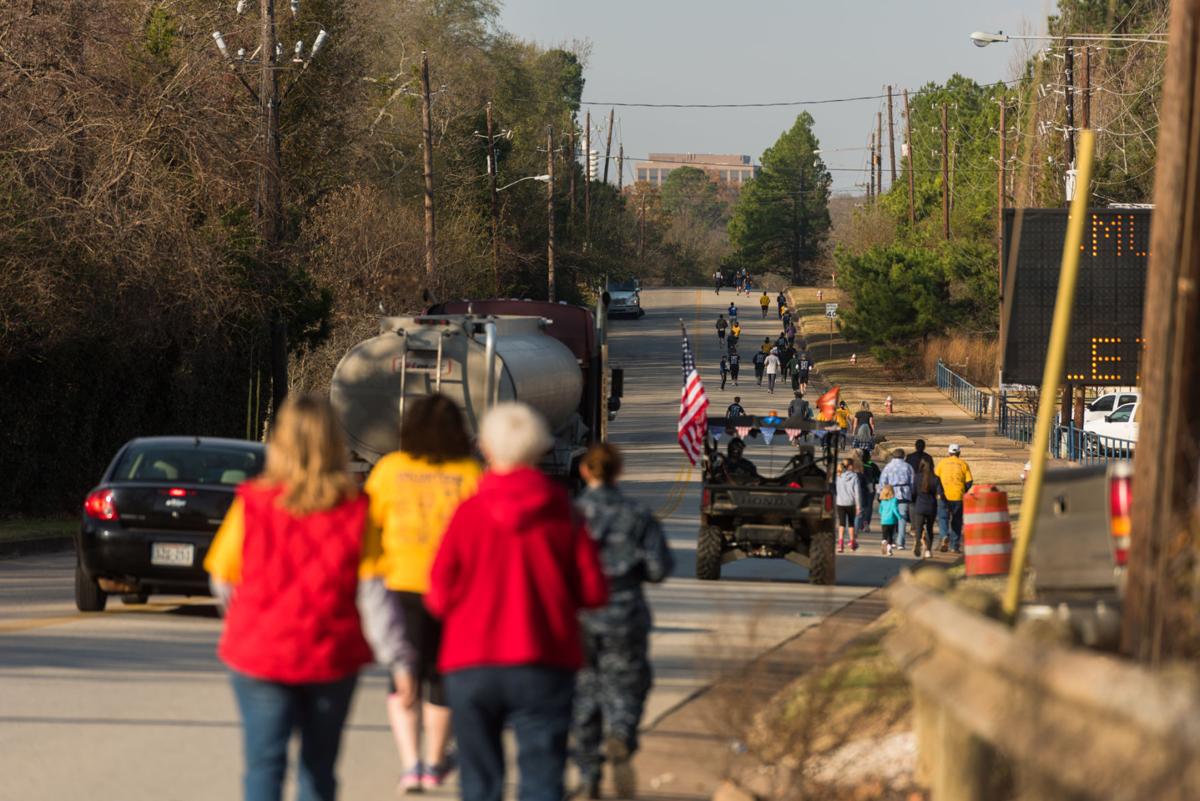 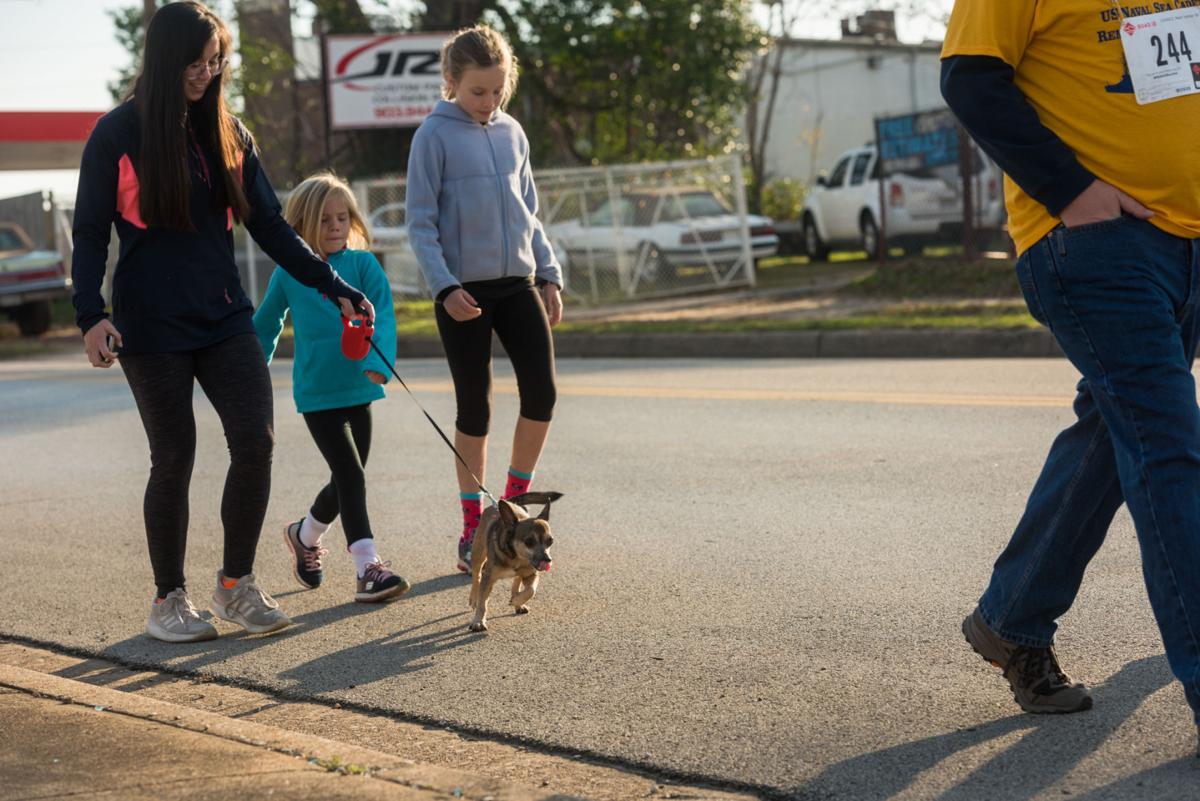 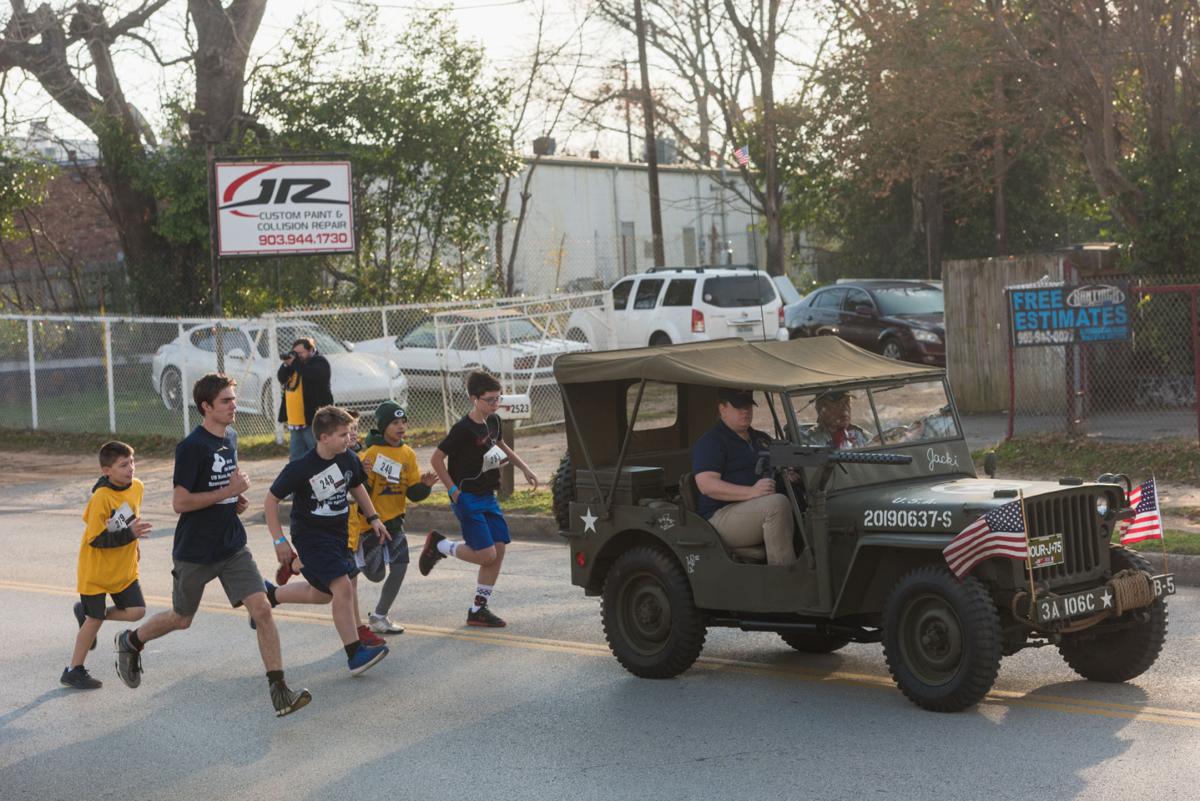 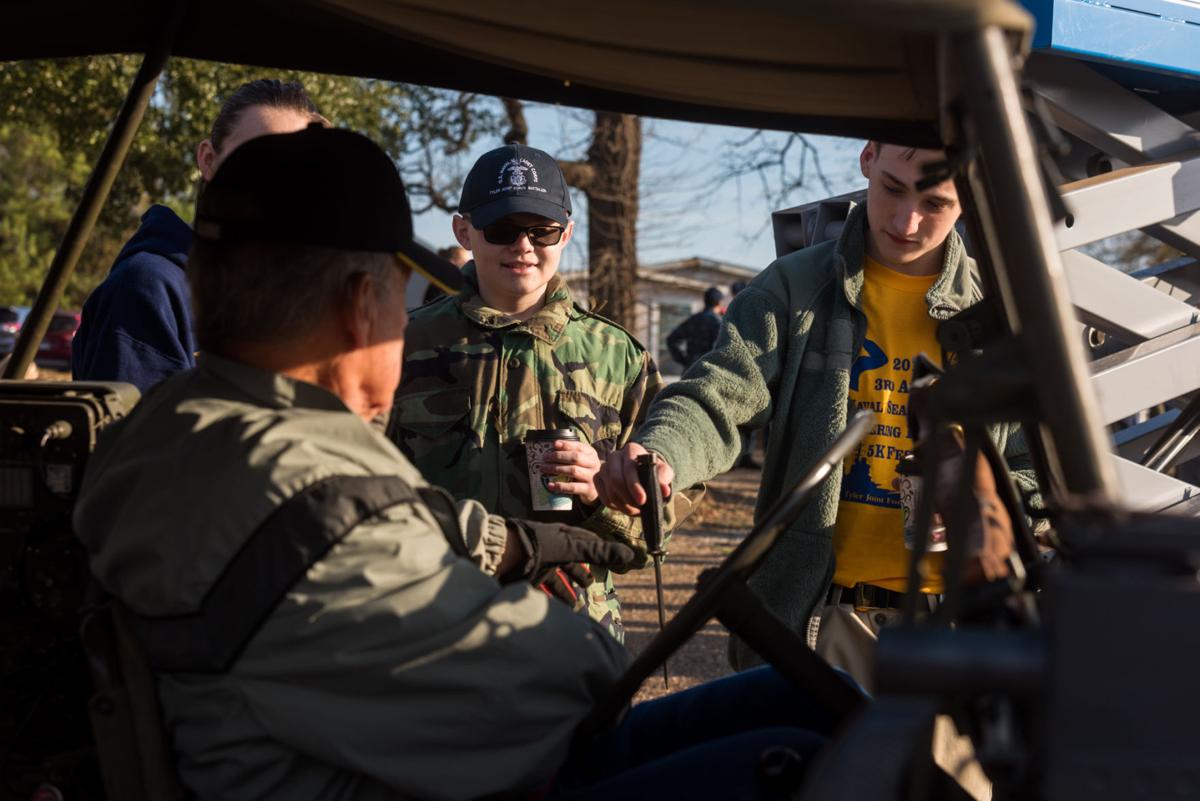 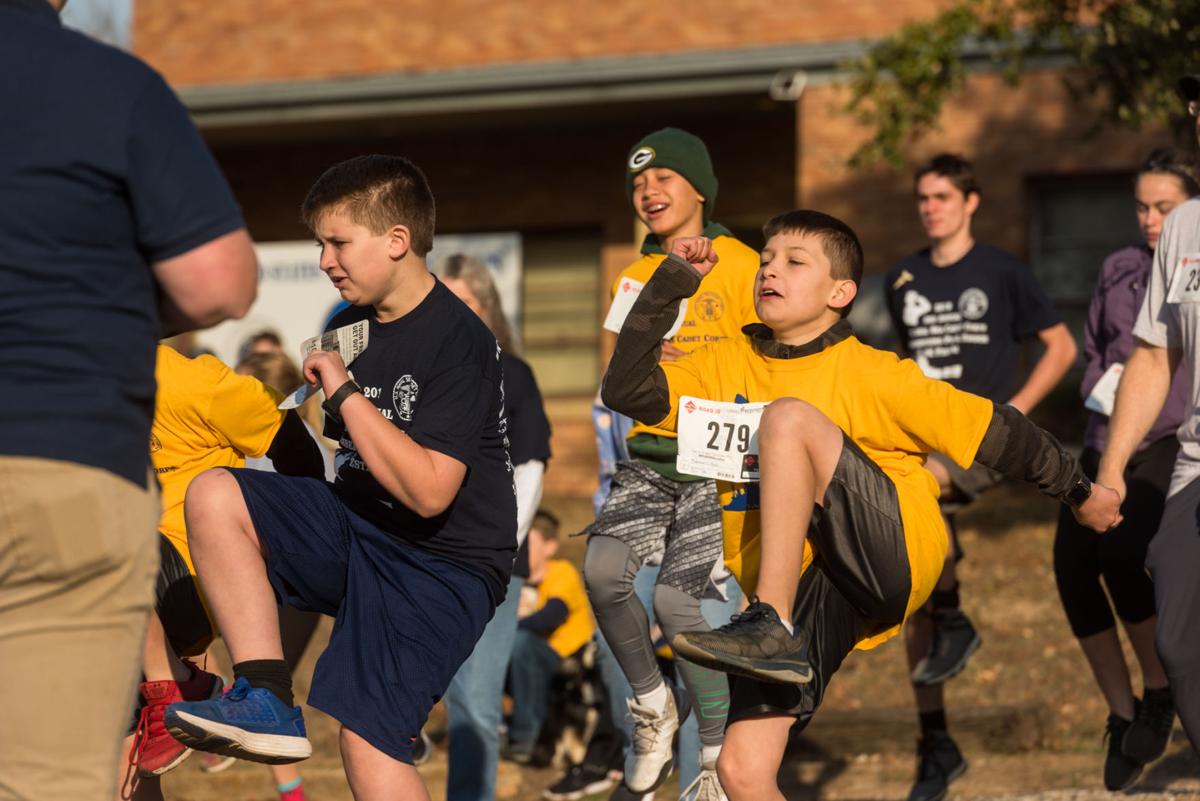 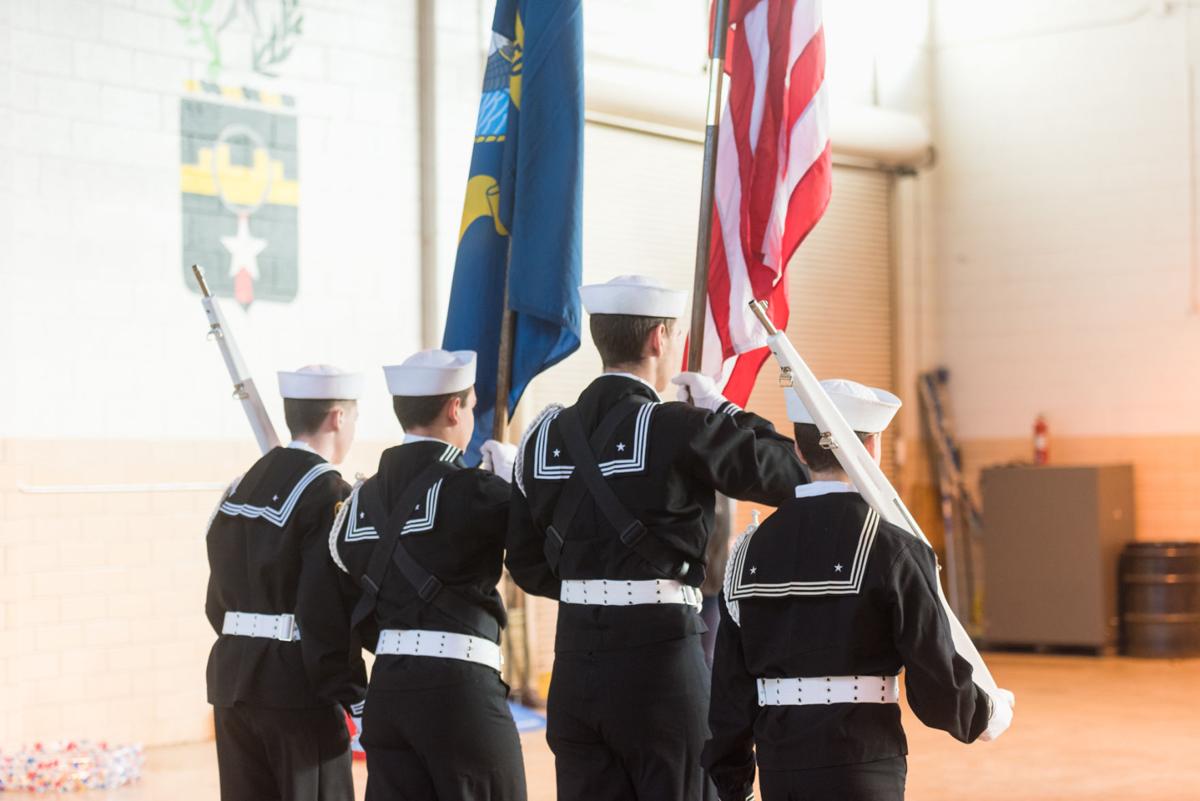 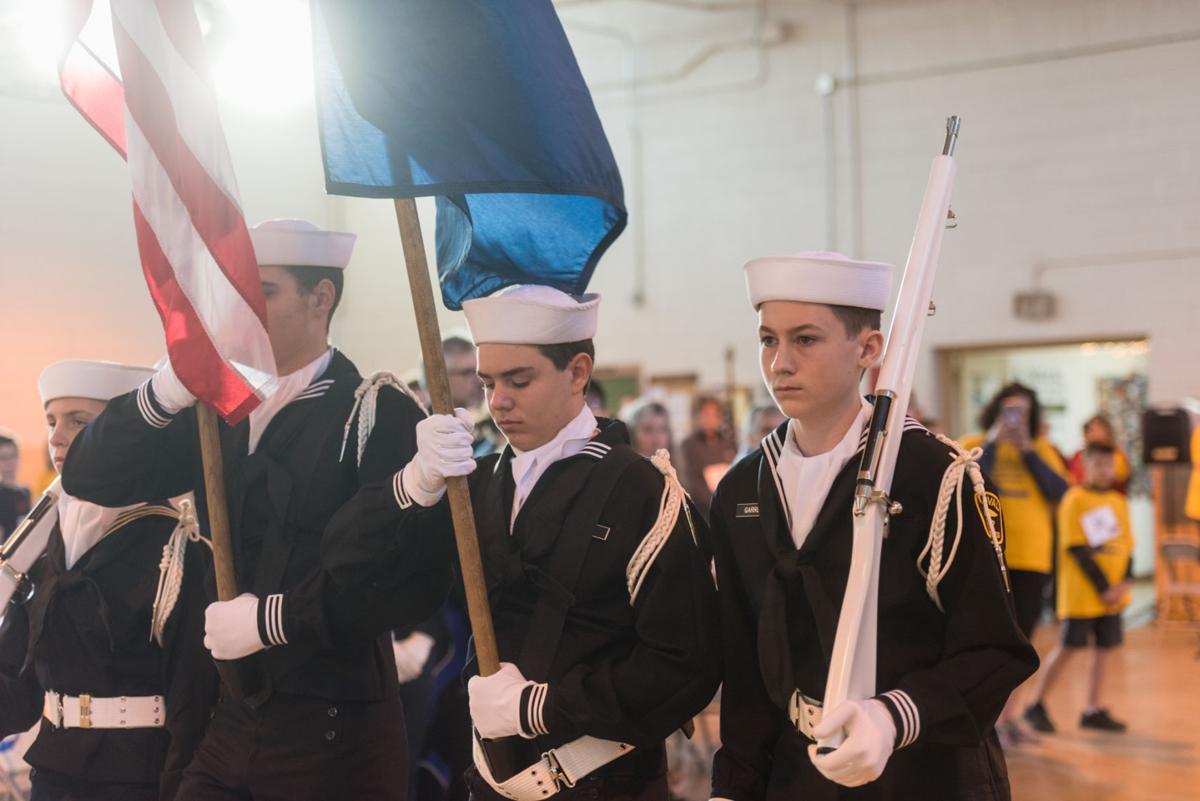 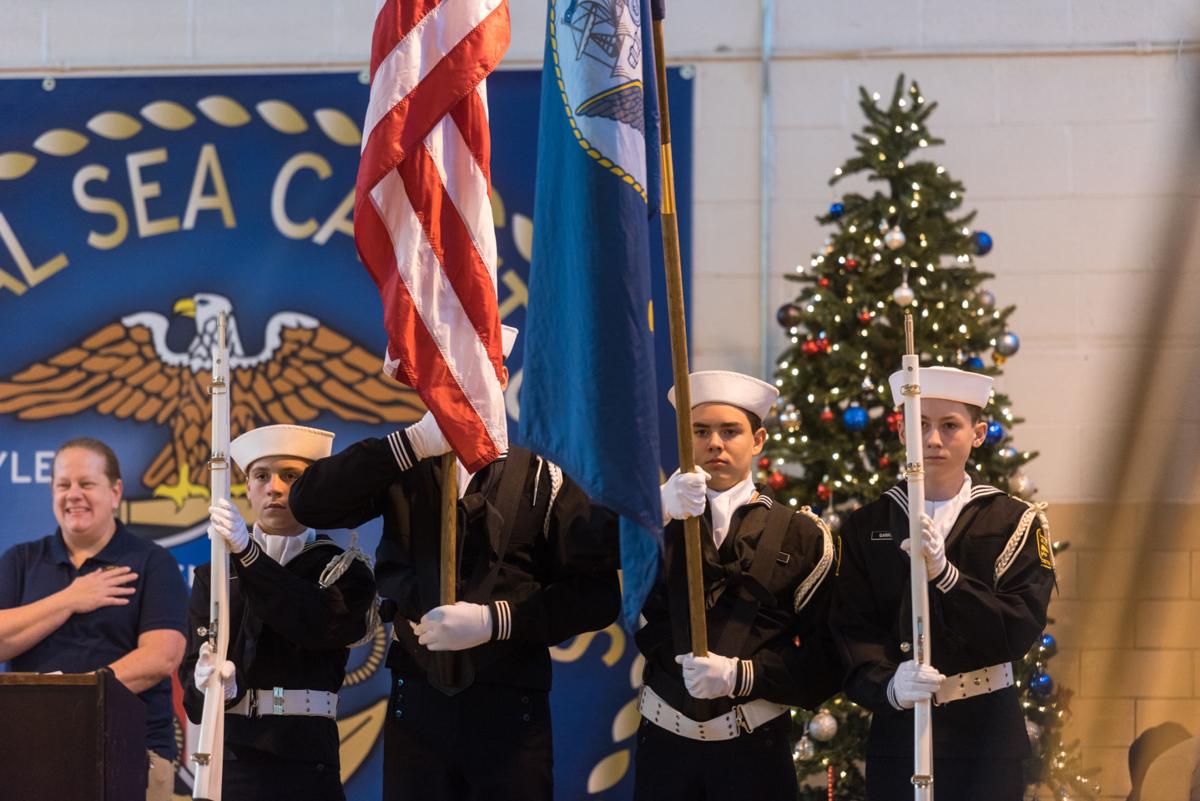 The battalion is funded completely through donations and sponsors and run by an all-volunteer staff. The training structure is modeled from the U.S. Naval League and American Legion, battalion instructor Lisa Caudle said.

Hayden Ludwig, 15, joined the cadet program because she wanted to go into the Navy as a scuba diver.

“It’s helped me gain a lot of confidence,” she said.

Caudle said the cadets drill, which is when they undergo training, once a month on a Friday through Sunday at the battalion.

Caudle explained that through the training the cadets receive, they can go into any branch of the military, except the Air Force, as an E3 level rather than the entry level E1. The Air Force has its own separate program.

Ella Thomas, 15, who is a cadet in the program, said she is able to learn leadership skills and military training.

“It really does help in the long run because you can go into the military at a higher rank,” Thomas said.

Sea Cadets are between the ages of 13 to 17 or they are 18 if they haven’t graduated from high school. The younger League Cadets are 11 to 12 years old, according to the battalion website.

She’s been a part of the until in Tyler since August. She served in the U.S. Navy and Army National Guard for 11 years.

Clark said the fundraiser supports the battalion being able to keep its building, which is rented from the Texas National Guard.

This unit is the only U.S. Naval Sea Cadets battalion to have a dedicated building in the U.S., she said.

“It gives them that leading by example idea,” Lanham-Clark said. “You see them believe in themselves.”

As the cadets graduate high school, Caudle said their skill level is likely to be higher than students who weren’t a part of the program.

“We focus on developing them as leaders,” Caudle said. “Everything is organized as teaching them leadership and life skills.”

Being a cadet provides participants with several advantages. Lanham-Clark said they can come out of boot camp with two promotions coming into the service and an 18-month start.

Cadet participants also get their packets reviewed first for academies and are first in line for scholarships, she added.

By going through the programs, typical high school cliques are often broken down.

“These cadets also get a sense of heart,” Lanham-Clark said. “Here, they’re forced to think of those around them. They don’t stay alone for very long. I haven’t seen any youth organization that provide the skills like this.”

Lanham-Clark said 75% of the skills she uses in her daily career comes from her four years on active duty in the Navy. She does wish she had this program for herself growing up.

“My career in the military would have been much different if I had this program,” she said.

In addition to monthly drill, the cadets attend advanced training during the summer and winter breaks. Their first training is considered recruit training or bootcamp.

In light of the 78th anniversary of Pearl Harbor, a recording of Franklin D. Roosevelt’s speech after Pearl Harbor was played before the festivities Saturday as a tribute to World War II veterans. Four cadets of the color guard presented the colors for the event as well.