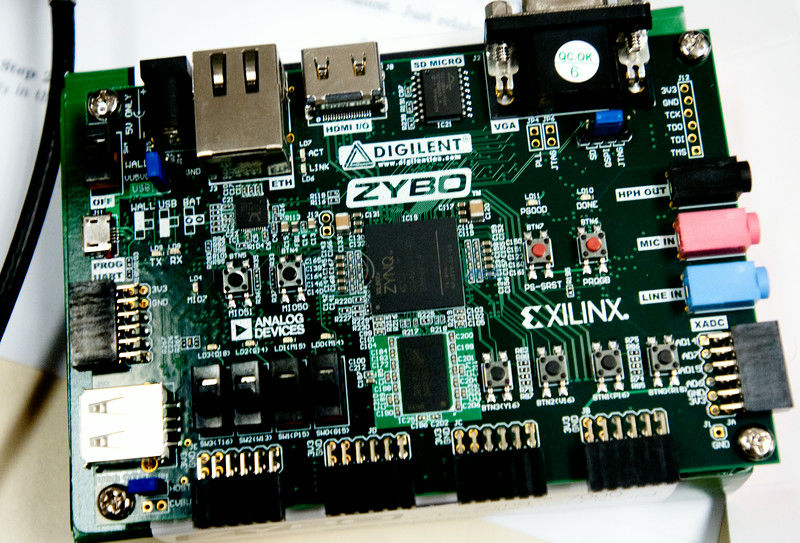 Circuit board for data compression software at The University of Texas at Tyler. (Herb Nygren Jr./Staff) 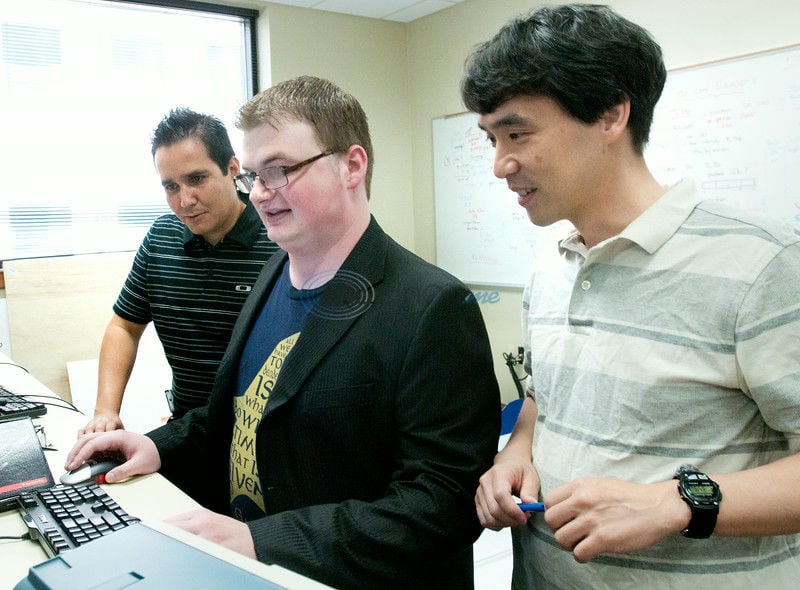 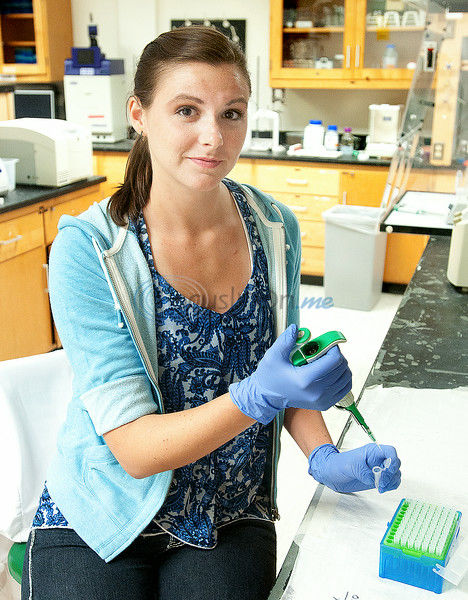 Research student Mikayla Adkison works in the lab at The University of Texas at Tyler. (Herb Nygren Jr./Staff)

Data compression software runs on a monitor at The University of Texas at Tyler. (Herb Nygren Jr./Staff)

Circuit board for data compression software at The University of Texas at Tyler. (Herb Nygren Jr./Staff)

Research student Mikayla Adkison works in the lab at The University of Texas at Tyler. (Herb Nygren Jr./Staff)

Data compression software runs on a monitor at The University of Texas at Tyler. (Herb Nygren Jr./Staff)

This summer, 12 undergraduate students from The University of Texas at Tyler and Tyler Junior College are learning about the rigors and rewards of research through a systemwide research the UT System Louis Stokes Alliance for Minority Participation Summer Research Academy.

The program, which is now in its 22nd year is supported with funding from the National Science Foundation and provides undergraduate research experiences in order to encourage students from underrepresented populations to pursue graduate-level students in science, technology, engineering and mathematics. TJC is UT Tyler's community college partner in the LSAMP program for the second year.

Dr. Stephen B. Rainwater, UT Tyler's Chandler Professor of Computer Science, said the university has had 130 students participate in the LSAMP program for the 22 years it has been in existence.

This year's group of 12 students, which includes four from TJC, is the largest summer cohort in UT Tyler's program history.

Rainwater said the program is designed to give the undergraduate student the opportunity to see what research is and hopefully propel them upward.

"It's that initial research experience which transcends the regular courses they would take," Rainwater said. "It puts them in a lab environment and shows them what research really is."

Historically, one-third of the 130 students in UT Tyler's LSAMP program have continued in STEM studies at the master's level or above.

A dozen have earned doctoral degrees in STEM fields and most of the remaining students have graduated with a bachelor's degree and are employed in the science or engineering profession, Rainwater said.

In front of him sits a function generator (which looks somewhat like a white CB radio) along with an ARM processer and field programmable gate array, both of which look like large computer chips to the untrained eyes.

An ARM processor is the most common processor used in mobile devices such as cell phones and tablet computers, said Huffman, who is an electrical engineering major.

Faculty mentor Dr. David Hoe, assistant professor of electrical engineering, said Huffman is working on implementing algorithms that compress a signal while it is being captured.

The traditional approach is to acquire all the data first, then compress it, which is wasteful, Hoe said.

By using these complex algorithms, the end goal is to simplify the electronics so they can be made at a lower cost using commercial off-the-shelf parts, Hoe said.

The essential idea is to figure out how to capture data more efficiently, Hoe said.

Huffman said he wanted to participate in this Summer Research Academy to gain hands-on experience with electrical engineering "because the higher up you get in your coursework, the more theoretical it becomes and so there's this huge disconnect between what you're doing in the classroom and what you're expecting to do when you graduate."

Huffman said he is primarily interested in computer engineering which is why he approached Hoe, whom he described as a resident expert on the subject, about a summer research opportunity.

He said the work he is doing on the project is "what real engineers do."

"It's one part overwhelming and another part exciting," Huffman said of the opportunity to work on the research project.

Mikayla Adkison, 20, of Diana, a junior biology major at UT Tyler, is learning about the potato psyllid, an insect pest that causes problems for potatoes.

Her project involves analyzing and examining the viral community of potato psyllids, which transmit a bacterium that negatively affects the vascular system of potatoes and can damage the crops.

The goal is to analyze the viruses found in potato psyllids and ultimately produce a virus that could be delivered into the natural environment and kill the potato psyllids thereby preventing the spread of the potato-damaging bacterium. Insect viruses are not harmful to humans, Dr. Blake Bextine, UT Tyler associate professor, said.

Ms. Adkison said she wanted to participate in the LSAMP program as a way to gain more research experience.

For the past three years, she has researched phytoplasma, a pathogen that attacks palm trees.

Although she enjoyed that research project, she wanted to take advantage of this opportunity to participate in a different project so she could expand her knowledge and learn about different research methods.

Ms. Adkison said through this summer work she has learned "that research is slow-going whenever you're starting, but (it's) interesting that anything we do will have a result."

Ultimately, she would like to become a neurologist and conduct research possibly in the area of Alzheimer's disease.

"It's been a really pleasurable experience to start with something new and be involved in LSAMP," she said.

The students are not the only ones who reap benefits from this program. Faculty mentors do, too.

"We have incredibly bright undergraduate students at the university, and they have the ability to actually help with our research projects," Bextine said.

Dr. Hector Ochoa, assistant professor of electrical engineering and a faculty mentor for Huffman, said he enjoys providing a research experience to undergraduate students because most students are just focused on their coursework. He said performing research at the undergraduate level is really rare.

Hoe said seeing the students grow in terms of acquiring more knowledge, conducting research and furthering the research agenda is positive for the students' growth and the professors' publishable research.

Bextine said the LSAMP program is aimed at encouraging minorities to enter the STEM fields and one of those minority groups is women.

"If there is a way that we can help further that knowledge base, then I think you win as a society because they're untapped resources," Bextine said.