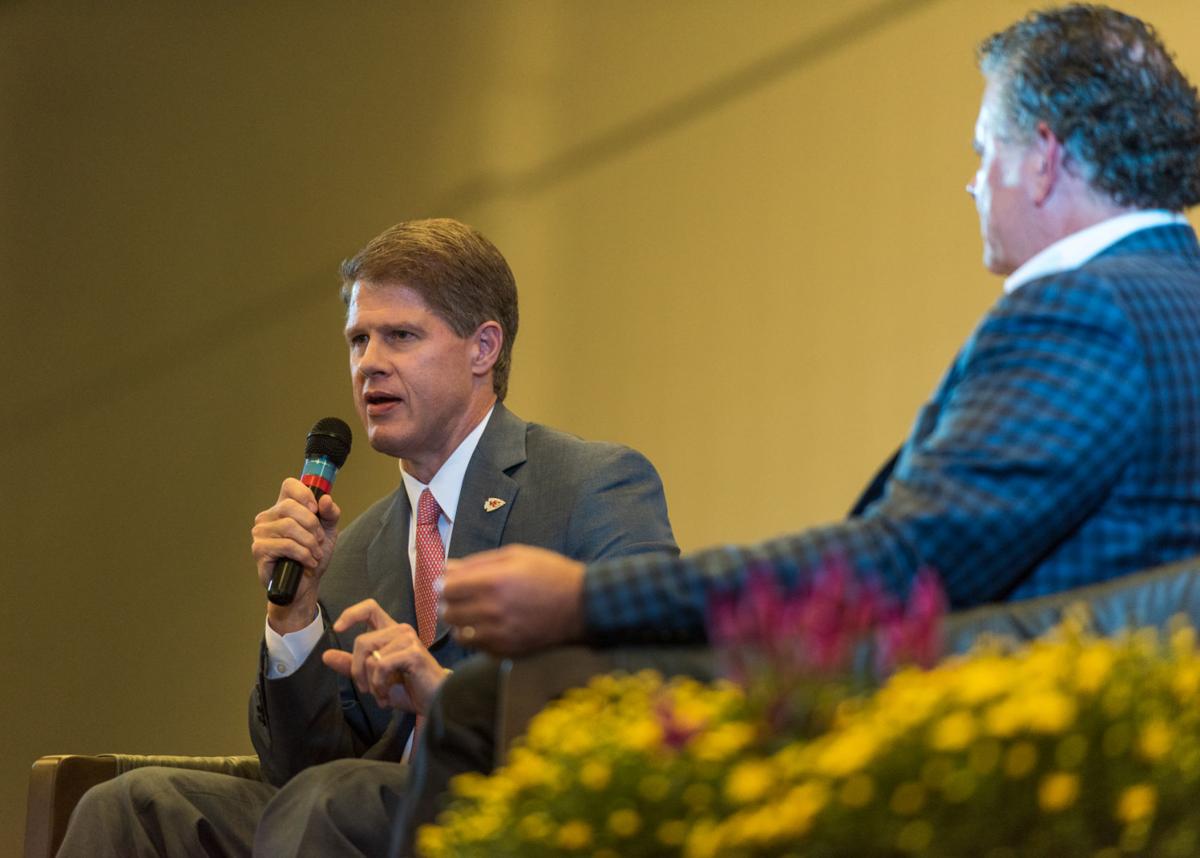 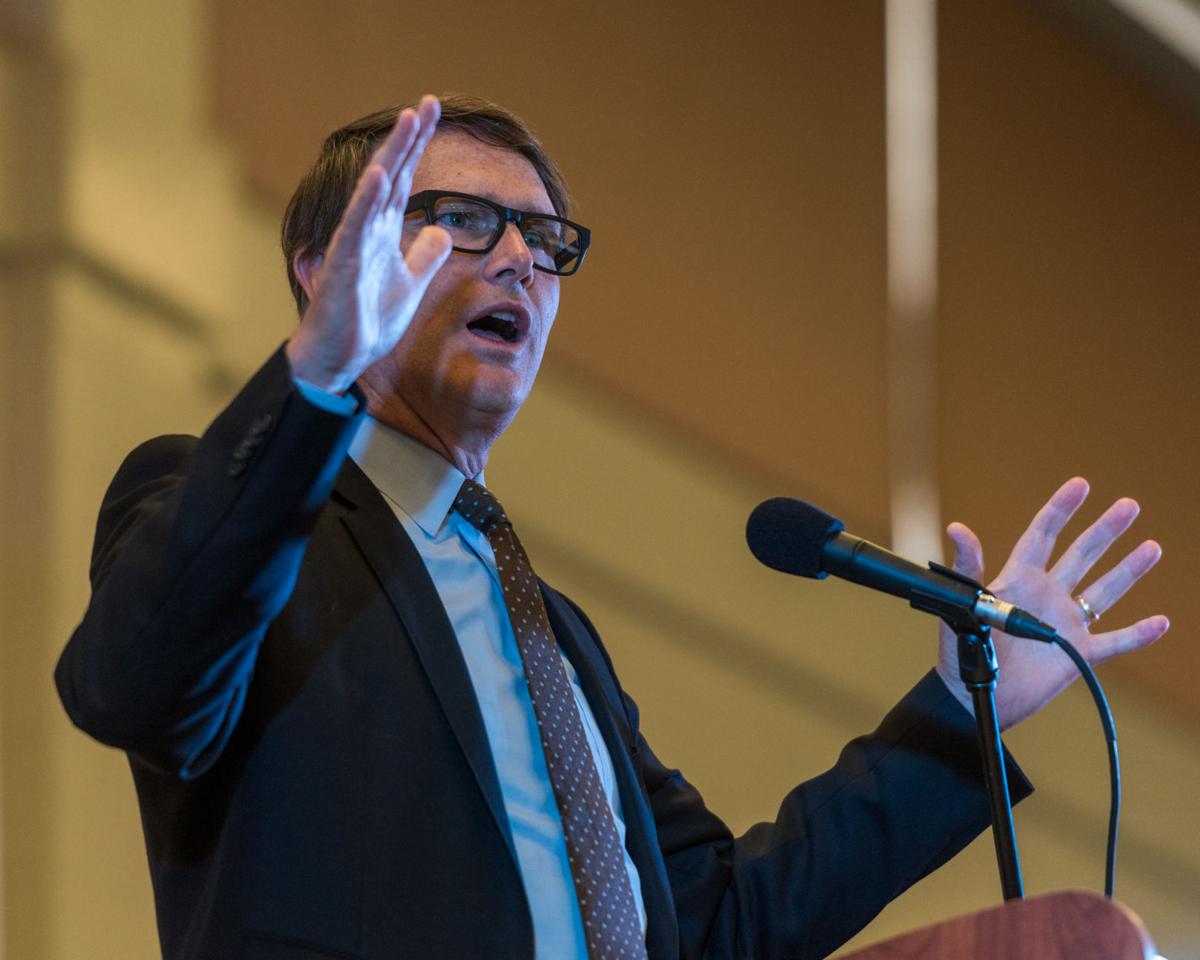 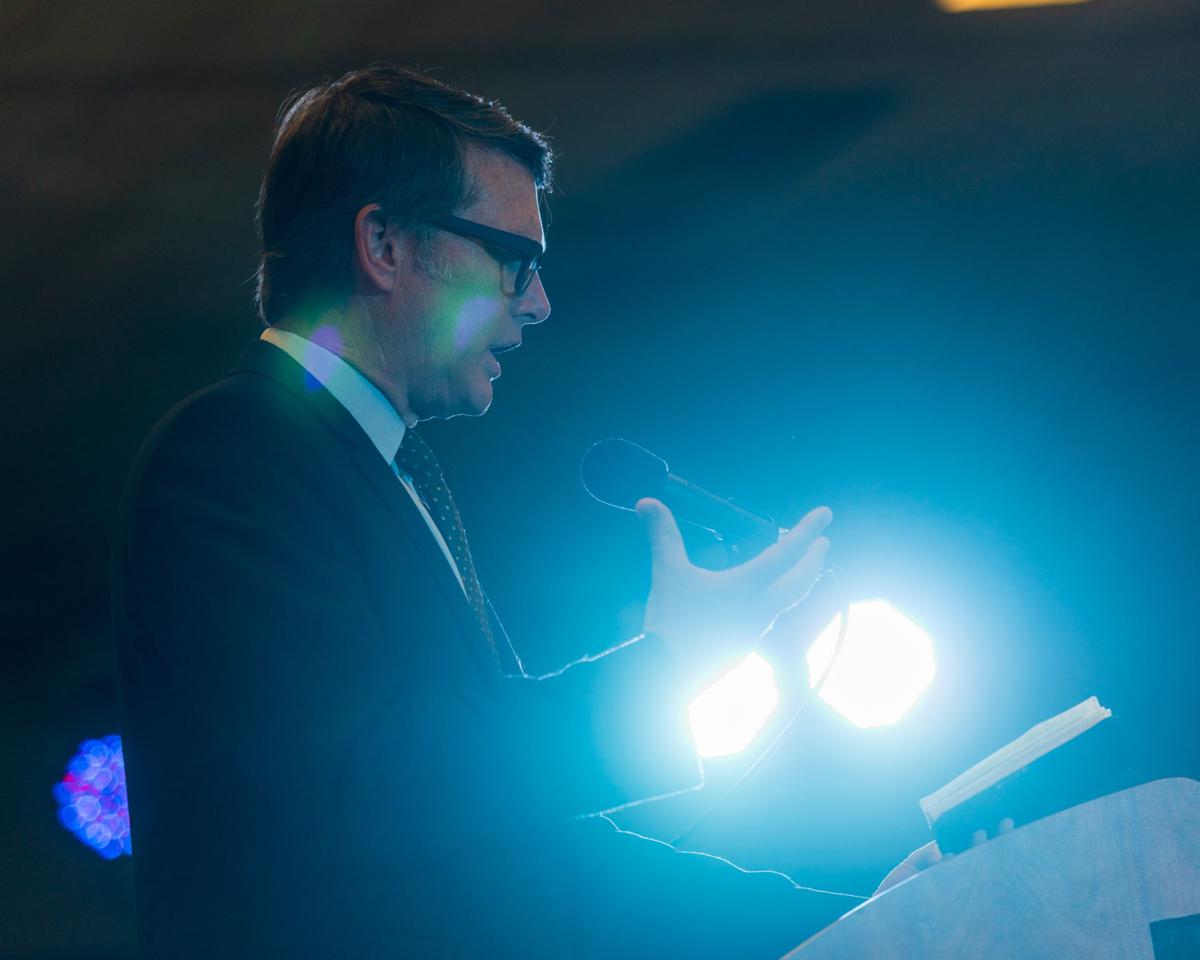 Clark Hunt, CEO of the Kansas City Chiefs football and FC Dallas soccer teams, is committed to faith being a part of his teams.

Hunt spoke at the CityFest East Texas Men’s Luncheon Thursday at Harvey Convention Center in Tyler. The event is one of several taking place throughout this week to share a message of hope with people across East Texas.

Hunt said he makes Christian faith a top priority for his staff.

The Kansas City Chiefs stadium has a chapel service for people at the games and chaplains are a part of the Chiefs and FC Dallas organizations, he said.

“We want our employees to develop spiritually,” Hunt said. “In the National Football League, Christ is really glorified. My identity is my faith in Christ.”

He also stressed to the crowd to not let success become an idol.

Hunt’s connection to Tyler dates back to childhood. He said he became a Christian at age 10 while attending Pine Cove camp.

Hunt’s ties to the professional sports teams began with his late father, Lamar Hunt. The younger Hunt has been owner of the teams since 2006 when his father died.

The elder Hunt dreamed of owning a professional sports team. Lamar Hunt started the Dallas Texans in 1960, a team that became the Kansas City Chiefs in 1963.

The Chiefs have taken the league by storm with Whitehouse native and quarterback Patrick Mahomes leading the team to the AFC Championship Game in 2019 and winning the NFL’s MVP award in his first full season as a starter.

“Watching Patrick last year was an unbelievable revelation,” Hunt said. “You would have thought he was a 10-year veteran.”

Hunt said the Chiefs needed a young quarterback to reach the next level.

Although the team took some criticism for drafting Mahomes, it’s been nice to have those critics eat some crow, he said.

“There’s nothing wrong with being 4 and 0 and the talk of the league,” he said. “I like having Patrick on our team.”

After Hunt’s message, evangelist and CityFest leader Andrew Palau spoke of the importance of having a life with God.

Palau said at a younger age he ignored God and ran after the things of the world.

“The only way to experience ... (life) is to have a life with God,” he said. “I lived it up and guess what it ended in? Death. I cried out to God in a moment of opportunity. I want to experience this abundant life. A life worth living. I need you (God) to take it and I will follow you forever until I see you in heaven.”

“He wants you to feel alone,” Palau said. “We’ve all gone astray in our own way. It’s good to be together discussing the real issues of life. You can ask ... (God) to speak with you.”

He also affirmed Hunt’s statement that success should not be a person’s idol.

During his speech, Palau also read Bible passages from Luke 18 and 19.

“The true spiritual seeker is God himself,” Palau said.

Tyler’s downtown square was packed Saturday as CityFest kicked off its first night.