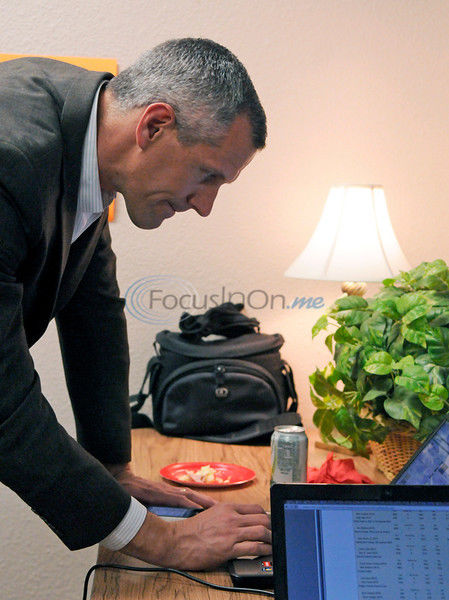 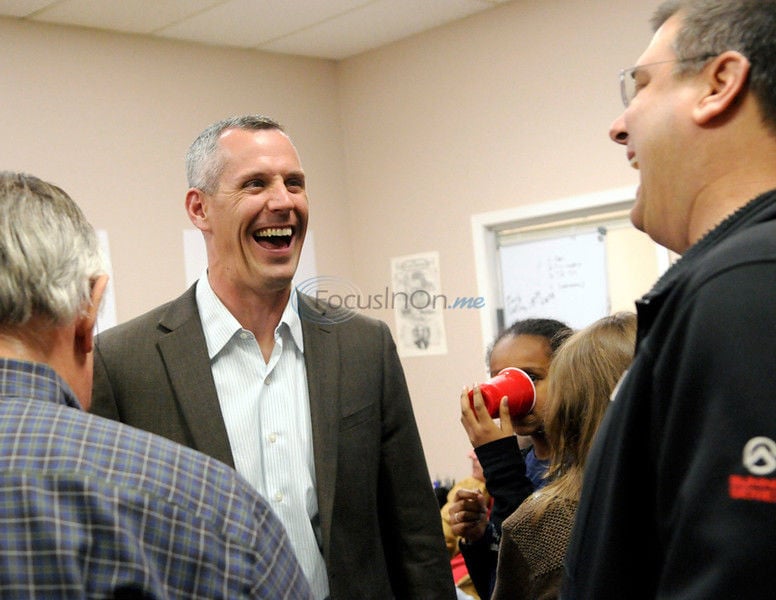 Matt Schaefer, incumbent for Texas State Representative for District 6, laughs with friends and supporters on Tuesday night while waiting for election results in his headquarters in the Green Acres Shopping Center. (Victor Texcucano/Staff)

Matt Schaefer, incumbent for Texas State Representative for District 6, laughs with friends and supporters on Tuesday night while waiting for election results in his headquarters in the Green Acres Shopping Center. (Victor Texcucano/Staff)

If early voting totals hold up, incumbent Rep. Matt Schaefer would fend off challenger Skip Ogle in a hotly contested race for the GOP nomination in Texas House District 6.

Early vote totals are historically close to half the total vote and leads of 5 percent or more are rarely lost.

Schaefer said legislators moved forward on a few key issues, including education, roads and water, but much work remains if Texas is to stay an attractive state to business and individuals and a bastion for free enterprise and personal liberty. Some political observers viewed Schaefer's early opposition to Texas House Speaker Joe Straus as detrimental to his ability to operate inside the Capitol Building and had negative effects on local bills Schaefer carried, including legislation to bring a pharmacy school to The University of Texas at Tyler.

Schaefer said he was an important voice for the bill among reticent, staunch conservatives and that critics were "looking for failure in the midst of success."

Ogle, 47, a longtime lobbyist and businessman, with more than a decade of experience representing companies, such as Southwestern Bell and Suddenlink, and local entities, such as The University of Texas at Tyler, and in Austin. He entered the race to "lobby for the community" and pledged to focus his efforts on improving the quality of life in his district, East Texas and the state.

No Democrat filed as a candidate in District 6. Schaefer will face Libertarian candidate Joel Gardner in the November general election.