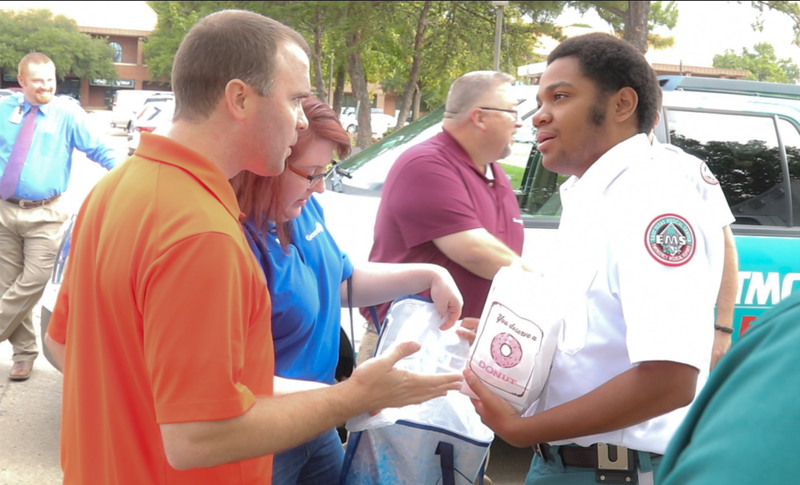 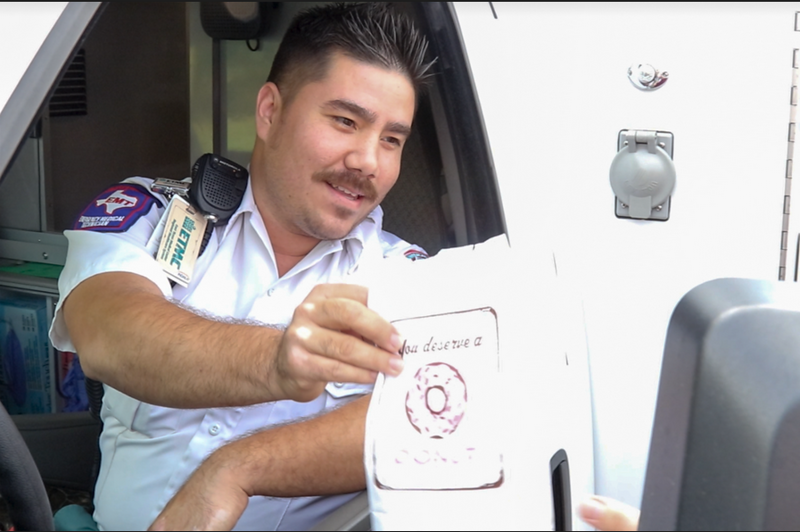 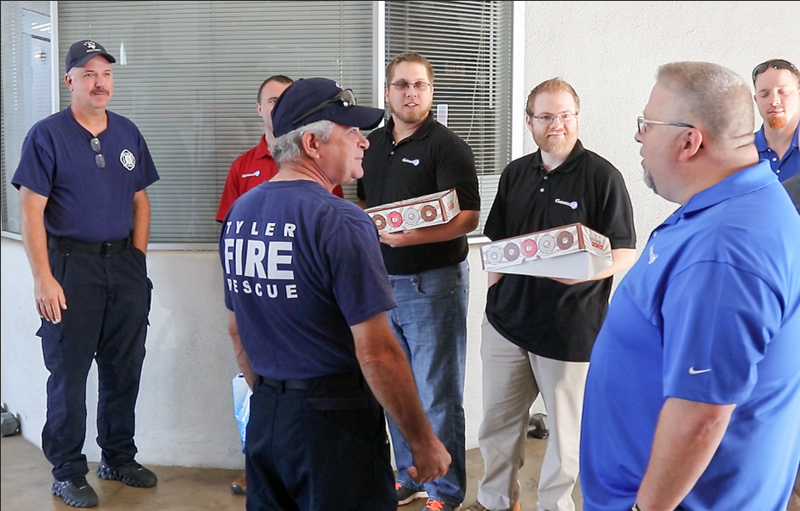 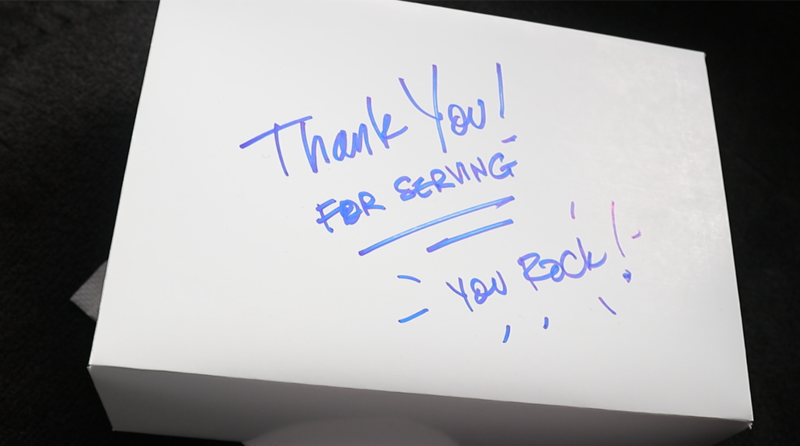 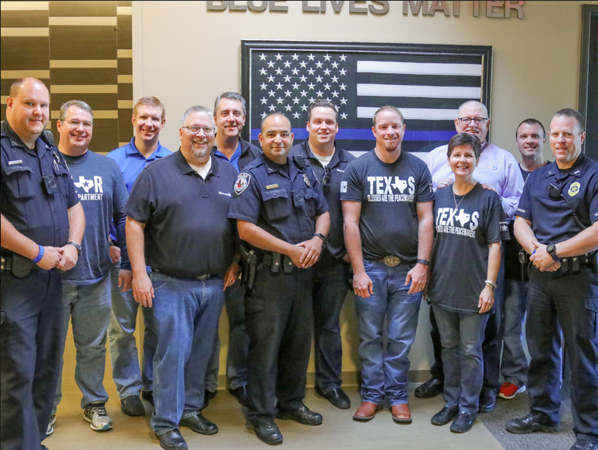 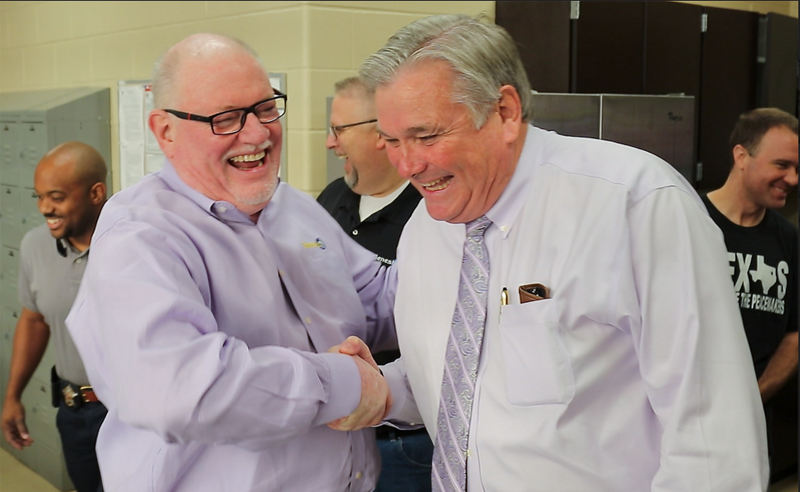 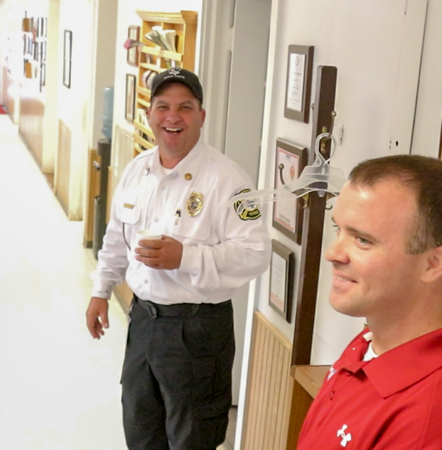 The Genesis Group, a Tyler software company, showed its appreciation for local public safety personnel with breakfast on Tuesday, Wednesday and Thursday this week.

Jim Nipp, president of The Genesis Group, said it was a group effort, and the main idea was to give thanks and show appreciation to the people who wouldn't normally receive it. Last week was the "Genesis Gives Back" week at the company - a time each month when employees are encouraged to get involved in the community.

"We feel that law enforcement is underappreciated, and we are sensitive to that. We rented out a van and gave donuts and pigs-in-a-blanket to ETMC dispatch centers and EMS. On Wednesday morning, we did the same for a couple of the fire departments."

On Thursday, the group continued, but Nipp said it didn't feel right to give donuts and pigs to cops, so out of respect to the officials, they bought up a large supply of breafast burritos from Stanley's Famous Pit Barbeque and delivered it to area law enforcement officers.The delivery included the Smith County jail employees and the jail's administration offices downtown.

"The reaction we got was pure surprise, and they asked, 'are you really here for us?"

"We just wanted to say thank you to the people who don't normally get it," Nipp said.