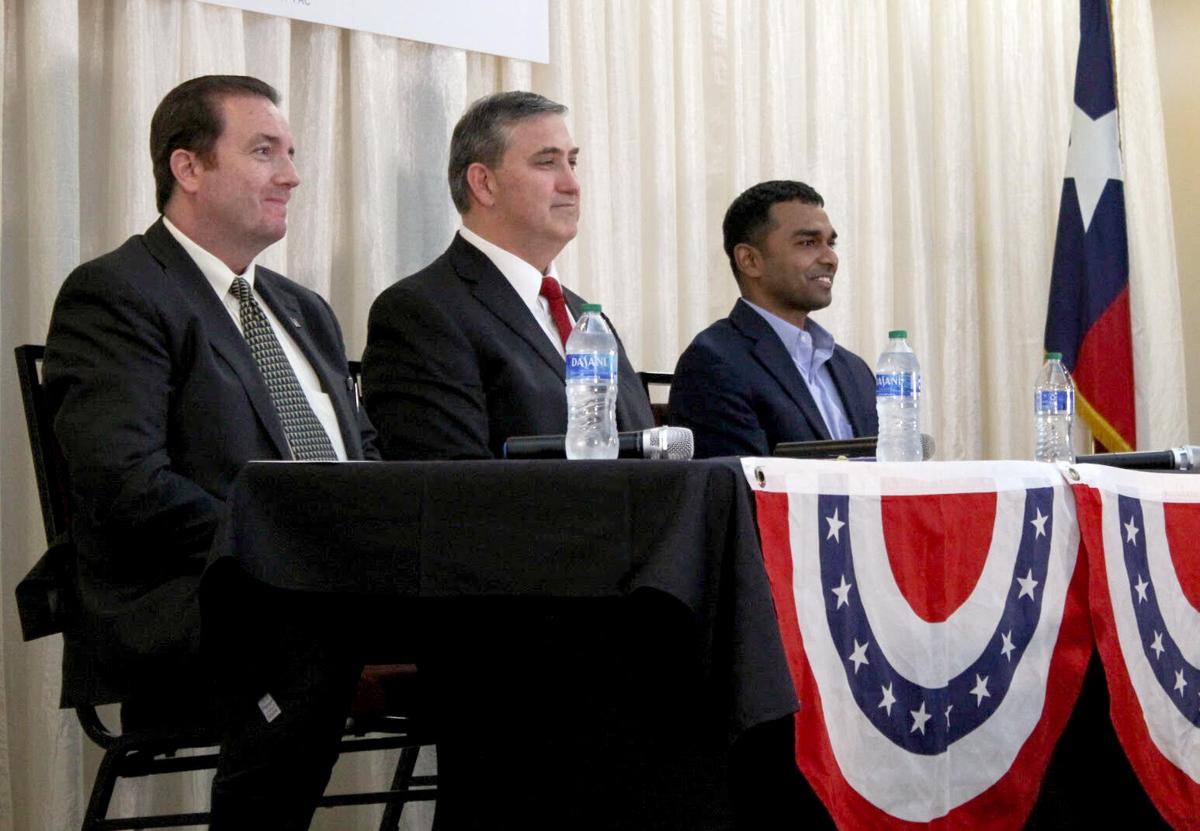 From left, John Porro, Nathaniel Moran and Aditya Atholi take part in the Grassroots America Congressional District 1 forum on Thursday in Tyler. Joe McDaniel II did not take part because of a previous commitment. 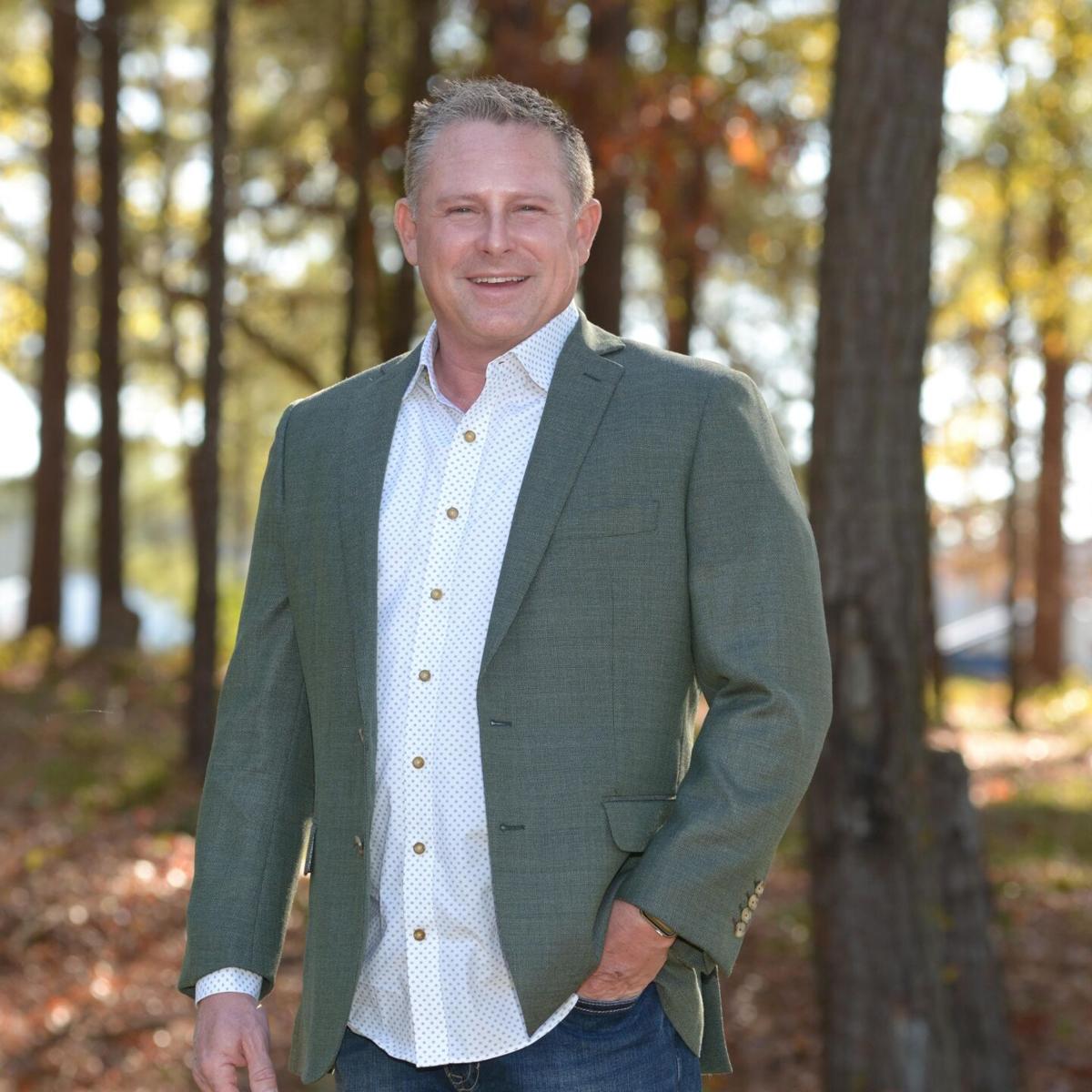 From left, John Porro, Nathaniel Moran and Aditya Atholi take part in the Grassroots America Congressional District 1 forum on Thursday in Tyler. Joe McDaniel II did not take part because of a previous commitment.

Gohmert, R-Tyler, is leaving his post in Congress to challenge Texas Attorney General Ken Paxton in the March primary.

John Porro, Nathaniel Moran, Joe McDaniel II and Aditya Atholi are on the Republican ballot in March, and the winner will face a Democratic challenger in November.

To hear more about the candidates, go to tinyurl.com/grassrootsforum .

“Every generation has handed off a free country to the next generation,” Porro said at Thursday night’s forum. “We cannot fail as a generation.”

Porro, who is from Dallas, said he decided to run to help right the country, adding that he “couldn’t live with myself if I didn’t run (for Congress).”

Porro said he isn’t the smoothest talker or a career politician, but he is a hard-working and Christian man. As such, he has no ties to the wealthy in District 1 and will treat everyone fairly.

The state of the country is where it’s at because “smooth-talking politicians claim to be conservative” but turn out to be Republicans in name only, he said.

Porro said each candidate in this race will claim to be against abortion and for border control, the First Amendment and Second Amendment, but those are minimum requirements. He added that the country needs a fighter, and he can be that.

According to his campaign website, Porro supports a balanced budget, the unborn, the Second Amendment, law enforcement, border control, secure elections and more.

Through his life, Porro said he has been a teacher, has experience in the health care field, has worked for private and nonprofit organizations and was a captain of a rescue company. These experiences have built the leadership he needs for this position, he added.

Moran, Smith County judge, said four candidates are seeking to win the March GOP primary, but there can only be one choice.

For 20 years, Moran said he has been a proud supporter of conservative causes by being a booth worker, county Republican club president, county and state delegate at the Republican convention and more.

Moran, who is from Whitehouse, said he has served his community by being a Boy Scout leader, church deacon, a board member for the cancer foundation and a board member of Tyler’s Discovery Science Place as well as through starting an education foundation, owning a business, practicing law and more.

He has been Smith County judge for more than five years.

When it comes to the 1st Congressional District race, there is a difference in the “theoretical and the practical,” Moran said. You must be able to take a stand for liberty, and he has a track record of doing that, he said.

If it were as important to the other candidates to stand for liberty, then “the individuals in this race should have stood for liberty before this race,” Moran said.

According to his campaign website, Moran values sanctity of life, public safety and border security, fiscal responsibility, is for the Second Amendment, for liberty and for stopping government overreach.

“The reason I’m running is simple,” Atholi said at Thursday’s forum. “I am absolutely disgusted by what we see in our country today.”

The federal government is the root of all the problems, be it open borders, health care, the public school system and more, he said. If elected, he will strive to fix America’s issues.

“I’m here today because I want to talk solutions,” Atholi said. “Our problems are man made, so they can be solved by man. We do not have to accept what’s happening in our country.”

If elected, Atholi said he has a plan to rebrand the Republican Party to local self-government, which is what the Founders intended. Power should go back to the people, he said.

There was a point when elected officials understood the working class rather than being “career politicians,” Atholi said.

Atholi, who is from Center, said his experiences have given him insight into the working class. Along with serving in the U.S. Marines, he has worked as a roughneck in the oilfield and other blue collar jobs as well as being a staff member for Gohmert.

He added that in the Marines and as a roughneck, he started from the bottom and worked his way up, providing him with management and leadership skills.

McDaniel said he was unable to attend the candidate forum due to a conflicting event in Pittsburg. He added that event had been scheduled more than a month in advance, and he wanted to honor his commitment.

According to his campaign website, McDaniel is “fed up” with the federal government and looks to make changes.

McDaniel has spent his entire life in East Texas and lives in Kilgore, according to the website. He graduated from Baylor University and moved back to East Texas where he raised his family and started a business.

He said he is for the Second Amendment, against abortion, for balanced budgets, for economic growth, supports first responders, wants to stop Big Tech censorship, wants to finish the border wall and more.