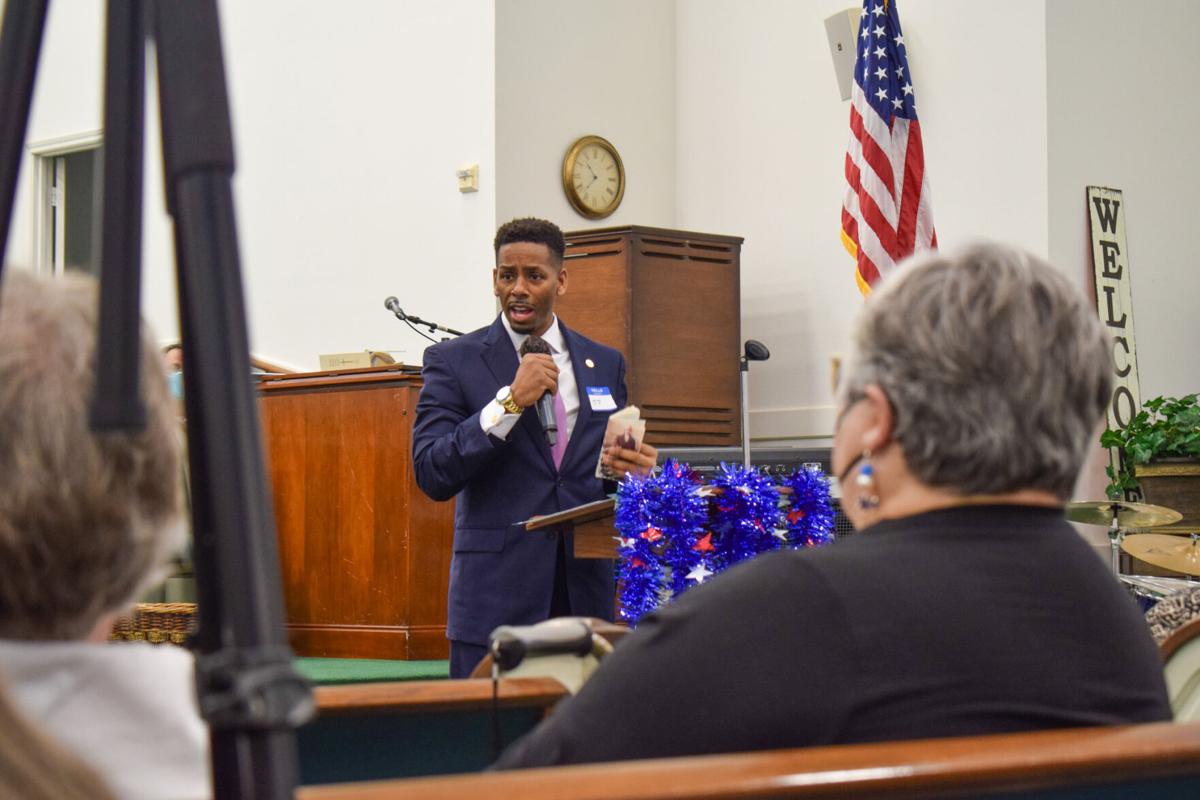 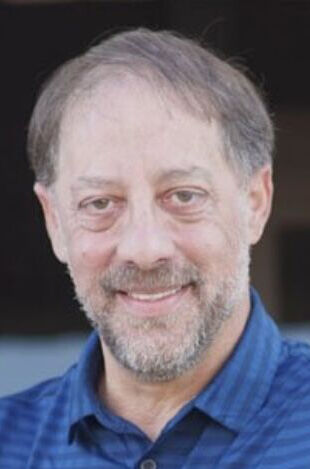 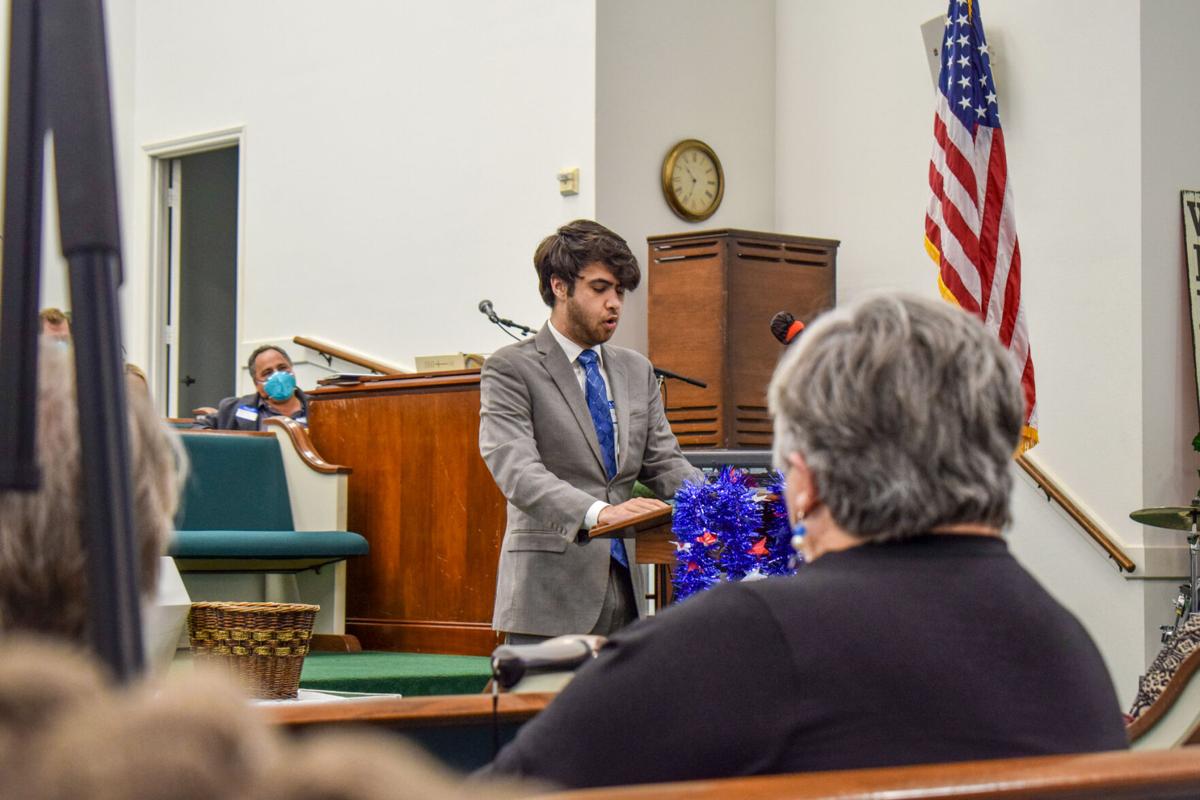 Victor Dunn, Gavin Dass, Stephen Kocen and Jrmar Jefferson are on the Democratic ballot in March.

Tyler has been Dass’ home for all of his life, he said. He said he was a teacher for a time and now subs at local schools and actively volunteers in the community.

He attended the University of Texas at Austin before deciding he was “sick of Austin”. He studied English and sociology with the goal of studying policy and how to write it.

A large reason he wanted to study policy was to “bridge the divide because regular people need to understand how the government works and nobody ever tries to explain it.”

“I’m running for the United States House of Representatives Texas Congressional District 1, and I intend to keep America’s promises not in 20 years, not in 30 years, now,” he told the crowd gathered at a Democratic candidate event Saturday in Tyler.

At the event, Dass quoted Luke 16:13, saying, “No servant can serve two masters for either he will hold to the one and despise the other. He cannot serve both God and Mannon.”

He said that verse is a reprimand on greed, and he sees that now in this country with Democrats being disgusted by the homeless, Republicans not helping pay for children’s school lunches and preachers hoarding a church’s money while followers struggle, he said.

Politicians who speak the truth are what America needs, and he intends to be that, Dass added.

If elected, Dass said he intends to end the pattern and not make Americans wait for changes but start making them as soon as possible.

Dunn said he would be a congressman to support the people’s ideas, fight for the needs of the community and earn the people’s respect.

In recent times, District 1 has not been well represented, and he looks to fix that, he said. Gohmert has been more of a “flame-thrower” who brought negative attention to Texas, he added.

A big thing Dunn said he looks to change is making district staff more available to the public. There are several offices in the district, but he looks to place staff members strategically through the district at the community level.

Some may feel intimidated to speak to someone in an office, but if staff representing District 1 were not in offices but rather in communities and neighborhoods, they may feel more comfortable speaking with officials, Dunn said.

“One thing we learned in the pandemic is that it’s not really necessary to spend a lot of time in offices to get a lot of things done,” he said.

Town hall meetings at least every 90 days is something Dunn said he would like to implement to be more in touch with the community.

He also would appoint up to seven pastors in each District 1 county to help get back to biblical beliefs, Dunn said.

“I think a lot of stuff we’re going through right now has to do with turning our backs to God, and I look to bring a change to that,” Dunn said.

Dunn, who lives in Kilgore, has called East Texas home all of his life and has family throughout Texas, he said. Being raised in this area allows him to better relate to the needs of those in the community.

Dunn added that he has a business called the Dunn Group, which specializes in workers’ comp services statewide. He has been working in this field for the last 26 years, he said.

“I’m trying to bring compassion, honesty and integrity back into Texas, back into America,” Kocen said.

On Jan. 6, 2021, Kocen said he was appalled by how a sitting president let the U.S. Capitol be stormed. From that moment, he knew he was going to run for Congress, Kocen said.

There was a point when “I saw Louie Gohmert was up on stage and thought, ‘Well, heck, I can be a better congressman than that, plus, I had lots of ideas,’” he said.

Kocen said he always looks at solutions versus problems, and if elected he wants to bring the solutions to America.

Issues such as climate change, women’s rights and voters’ rights have been “crashed” by the state government lately, Kocen said. Each of these are things he looks to advocate for as congressman on a state and national level, he added.

Kocen said he is actively advocating to get rid of filibusters so federal voting rights legislation can be passed. This is a a “very big thing that I’m doing right now as opposed to what Mr. Gohmert is currently doing, or not doing,” Kocen said.

Kocen is a lifelong Texan who lives in Austin, attended the University of North Texas, has worked as a businessman and worked in pediatric and medical management, he said. For 15 years, he ran a veterinary clinic with a friend, has started numerous other businesses and even turned some around, Kocen added.

Through his candidacy Kocen said he wants the community to know he is “not a politician.”

“I’m a regular person, and I’m hoping that shows through,” he said.

At Saturday’s Democratic event in Tyler, Jefferson said he is running to be the people’s “champion in Washington.”

Jefferson quoted Thomas Jefferson, saying, “All tyranny needs to gain a foothold is for people of good conscious to remain silent.”

If elected, Jefferson said he is going to be a “champion” and not remain silent.

Issues he would like to change include investing more in education, improving economic development and investing in health care. Another major issue is public safety because “the biggest public safety issue is poverty, and if we don’t address that, nothing else matters,” he added.

To get things done, Jefferson said he would work and negotiate with Republicans, the Green Party and the Independent Party. Being in Congress is not about friends, but doing business, and East Texas is not getting a good deal right now, he said.

Jefferson said he looks forward to serving as a righteous man, which he believes Texas needs. Someone with righteousness, morality and courage can help solve problems, he added.

In order to solve problems, Jefferson intends to “flank our problems … you can’t just tackle a problem head on because then you’re facing victims instead of the cause.”

Jefferson is from Texarkana and lives there. For a while, he moved to California where he attended college and began getting involved in politics, he said.

He began registering voters in 2013 and has helped more than 5,000 people register, Jefferson said. He was also a delegate for Bernie Sanders at the 2016 Democratic convention.

Outside of politics, he is a board member of the nonprofit organization Eye on Sacramento, a member of the NAACP, has preached at churches, is an investor, small business owner, music producer and singer/songwriter, Jefferson said.

In his approach to politics, Jefferson said he is a “very JFK-style Democrat. I believe we should be fiscally responsible — we shouldn’t spend what we don’t have. We should make sure we invest in people and not waste our money.”

Read about the Republican candidates seeking to replace Gohmert here.