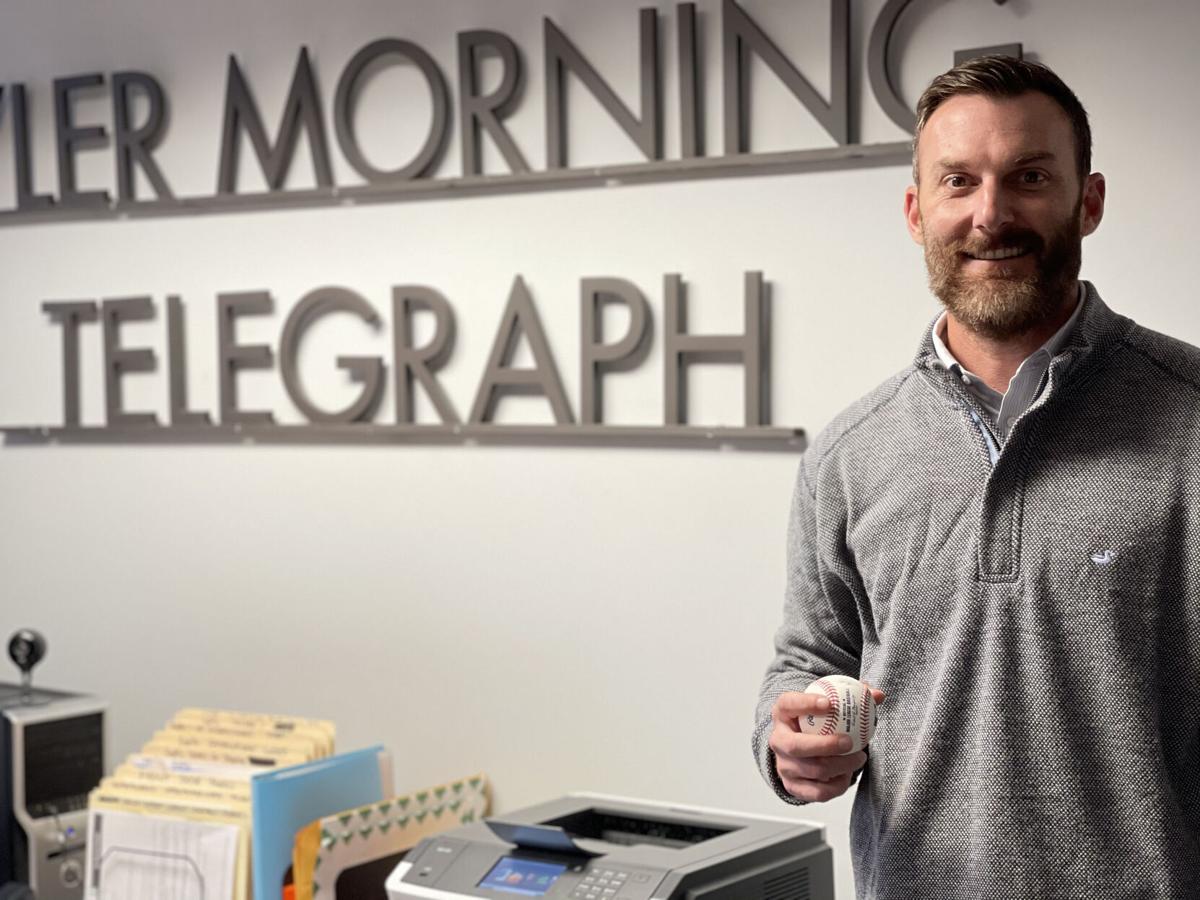 Philip Humber was in Tyler on Wednesday, the anniversary of his perfect game he threw on April 21, 2012 for the Chicago White Sox, a 4-0 win over the Seattle Mariners. Humber will be the Best Preps guest speaker in May, a program highlighting the best student-athletes in East Texas. 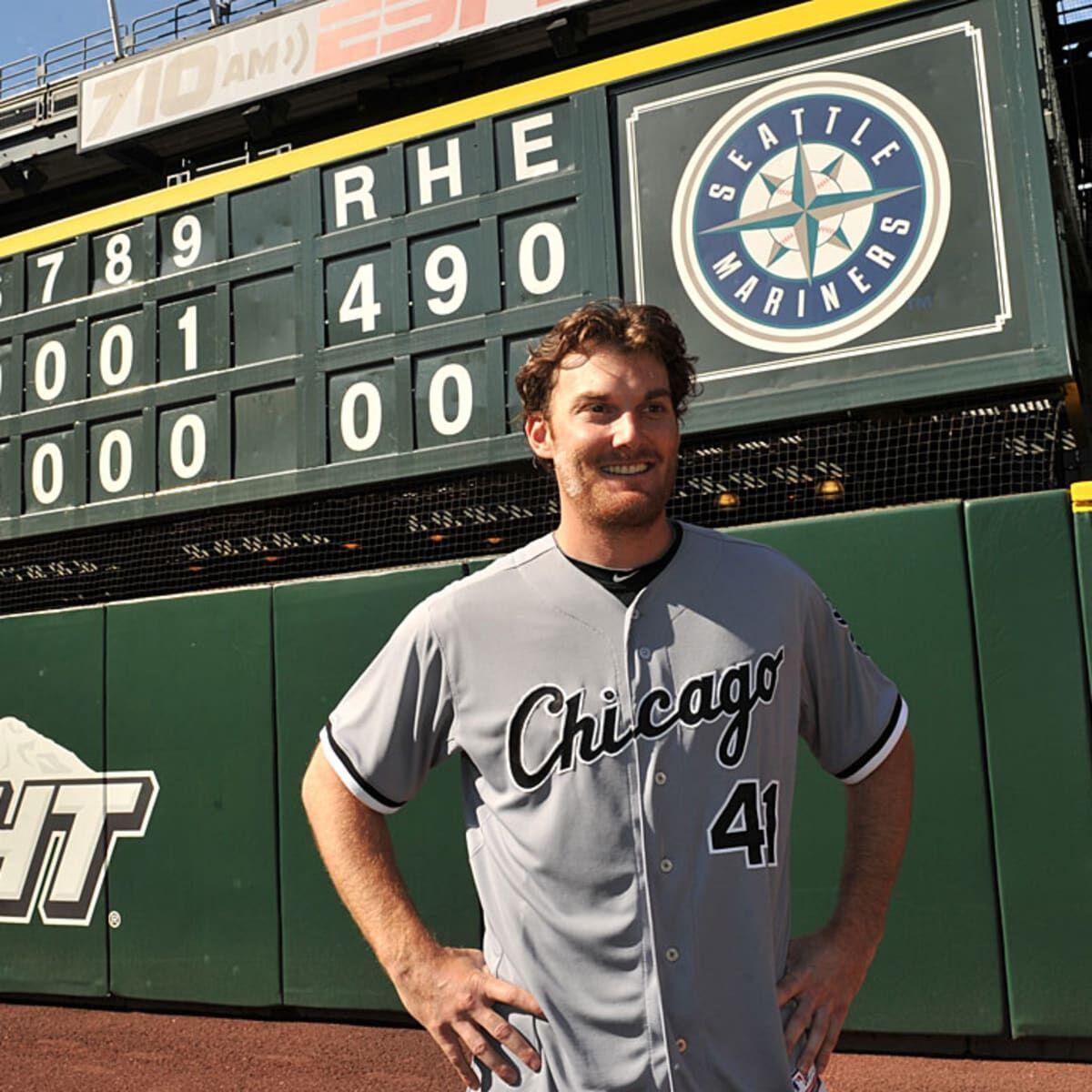 Philip Humber is pictured on April 21, 2012, for the Chicago White Sox, after a 4-0 win over the Seattle Mariners. Humber will be the Best Preps guest speaker on Tuesday, a program highlighting the best student-athletes in East Texas. 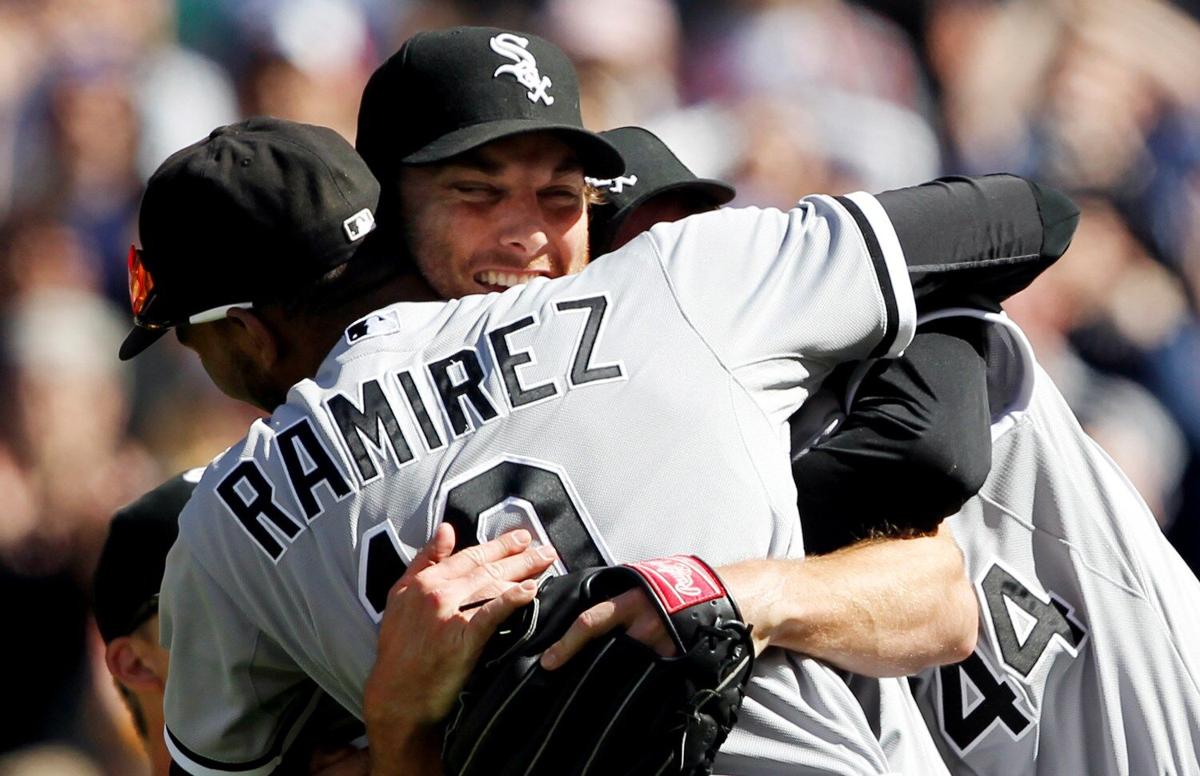 Phil Humber was in Tyler on Wednesday, the anniversary of his perfect game he threw on April 21, 2012 for the Chicago White Sox, a 4-0 win over the Seattle Mariners. Humber will be the Best Preps guest speaker in May, a program highlighting the best student-athletes in East Texas.

Philip Humber was in Tyler on Wednesday, the anniversary of his perfect game he threw on April 21, 2012 for the Chicago White Sox, a 4-0 win over the Seattle Mariners. Humber will be the Best Preps guest speaker in May, a program highlighting the best student-athletes in East Texas.

Philip Humber is pictured on April 21, 2012, for the Chicago White Sox, after a 4-0 win over the Seattle Mariners. Humber will be the Best Preps guest speaker on Tuesday, a program highlighting the best student-athletes in East Texas.

Phil Humber was in Tyler on Wednesday, the anniversary of his perfect game he threw on April 21, 2012 for the Chicago White Sox, a 4-0 win over the Seattle Mariners. Humber will be the Best Preps guest speaker in May, a program highlighting the best student-athletes in East Texas.

Wednesday was the anniversary of the perfect game thrown by Philip Humber on April 21, 2012. The former Tyler resident is back living in his hometown of Carthage, but took some time to talk about that game during a visit to the Tyler Morning Telegraph.

Humber will be the guest speaker for Best Preps, a live broadcast by M. Roberts Digital that highlights the top student-athletes in East Texas and is aired on the social media pages and websites of the Tyler Morning Telegraph and Longview News-Journal in May.

The perfect game was just the 19th in Major League Baseball history when Humber threw the gem for the Chicago White Sox against the Seattle Mariners. The list is now at 21 players in 118 years.

Today, Humber talks about enjoying life, his family, his job as a commercial real estate agent and accepting how his career ended. He’s also looking forward to hosting Best Preps.

“I’m not a guy who looks forward to speaking engagements. But when Bret (Jacomet, M. Roberts Media VP of Technology) called me and asked me if I could do it, this event was something I needed to take advantage of,” Humber said. “I’m very humbled I get the opportunity to speak to these kids. There is no telling what a lot of these kids will end up doing with their lives. They’ve already accomplished remarkable things on the field and in the classroom and the community”

Humber gave a sneak peak into part of his speech he wants to make to the kids, their families and those watching the broadcast.

“The message I will try to tell them is to be proud of what you have already accomplished. But also try to remember the people who were around you. Your teammates, your coaches, your teachers, your family,” Humber said. “They all play a part in creating an environment that allows you to succeed. The best moments I have in my career and playing sports growing up, I shared with other people.

“Even my perfect game, every player that got into that game made a play in the field. I thought that was one of the coolest things about that. Being able to share that with them, we dog-piled on the field, which doesn’t happen in a regular season game,” Humber continued. “In my career, I never played on a team that went to the playoffs, so that was my one time to experience something like that.”

Humber met his wife, Kristan (Jamison) in College Station. He went to Rice University and was famous before being drafted No. 3 overall, as he pitched a complete nine-inning, five-hitter as Rice beat Stanford to win the NCAA National Championship in baseball.

“The way my career went, I was drafted third overall, Justin Verlander, who was drafted as the second pick that year is going to go in the Hall of Fame, so I was thinking, ‘I’ll have a Derek Jeter-type career. I’ll play for 20 years and go to the Hall of Fame.’ It did not work out that way for me at all,” Humber said. “But by the time I threw the perfect game, I had already had so many ups and downs. I spent parts of six years in the Major Leagues before 2011 and had not had a full year in the major leagues.

“By the time I got to the White Sox in 2011, I was given up on. I was the only one outside of my wife and my mom and dad who believed in me as a baseball player. Fortunately, I got another opportunity and it all came together on that one day,” Humber said.

And that day was magical. Nine innings, nine strikeouts, no walks, no hits, no one reached base at all — 27 up, 27 down on 96 pitches. It was a Mariners team with the great Ichiro Suzuki, who he struck out in that game.

“I’m not in the Hall of Fame, but I have something in the Hall of Fame museum, so that is really cool,” Humber said. “For where I came from in certain times in my career, to have achieved that is crazy. But there was a lot of hard work and perseverance to give yourself more opportunities.

“I remember after it happened saying out loud, ‘I don’t know what I am doing on this list. You’ve got Randy Johnson and Sandy Koufax that have done that,” Humber continued. “My hero growing up was Nolan Ryan had never done that. Seven no-hitters and none of them perfect. So to think a guy like me could do that was pretty hard to comprehend.”

Kristan Humber was born in Corsicana and lived briefly in Whitehouse before graduating from high school in College Station The family is raising their son, John, in East Texas. he will turn nine in just over a week.

That has put a lot into perspective for Humber.

“I have a better perspective than I had 10 years ago. It’s cool to look back on it. I walked away from the game because I hated it and I hated what it did to me and it affected a lot of areas of my life,” Humber said. “I was so obsessed with being successful at baseball that I was bitter that I didn’t feel it treated me for as much time and energy I put into it. I felt it took more from me than what I put in.”

He knows that is hard to believe. He said “I’ve come full-circle with it. I don’t have that same bitterness” toward the game and his career. He is enjoying baseball this time around in Carthage.

“It’s funny to hear, ‘But you threw a perfect game! You made the Major Leagues! People don’t get to do those things!’ But it took a toll on me. That’s why I am in real estate, that’s why I didn’t want to coach, I wanted to get as far away from the game as possible,” Humber admitted. “But I watch baseball. And now, my son is playing baseball. Whatever he does, I’m going to support him 100%. It gives me an opportunity to be around sports and remember what’s good about it — being around their friends.

“Even on an 8-year-old baseball team, you see each kid has a strength and personality, but they all help each other and that’s the value of sports,” Humber continued. “If you play professionally, that’s great. but if you are involved, the true value is the shared experience of everyone using their gifts in different ways together.”