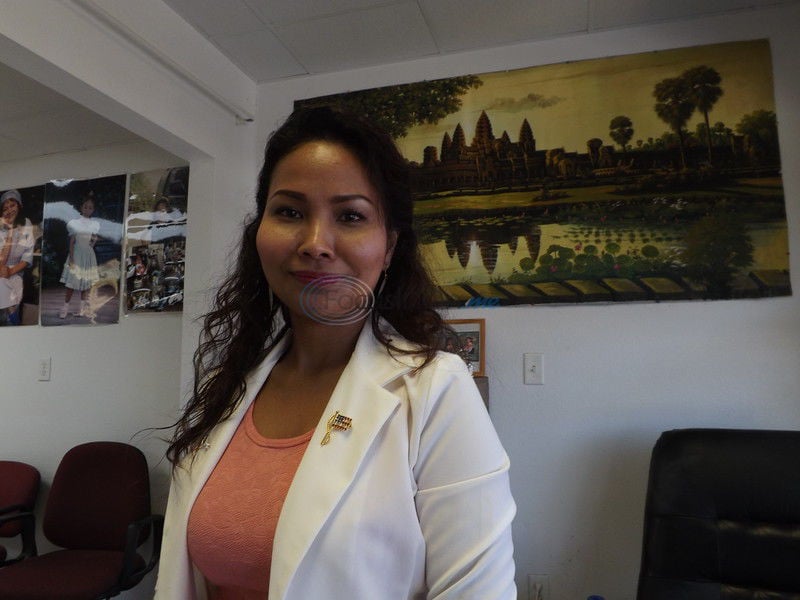 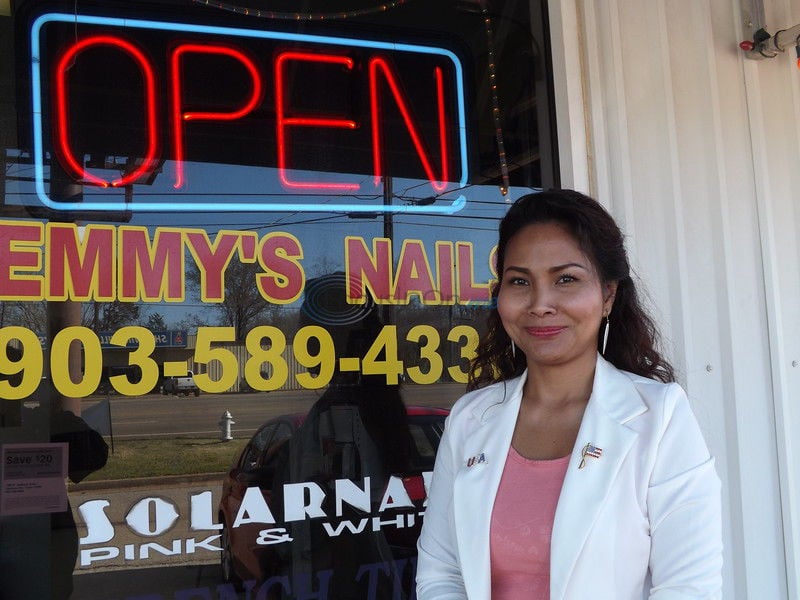 JACKSONVILLE -- Inspired by her daughter and encouraged by family, Nancy Thompson spent a year preparing to become a U.S. citizen.

The 34-year-old Cambodian native was all smiles recently as she described her journey.

Her husband, James, is from Jacksonville, and so the couple -- who met and married in Cambodia -- decided to settle down in East Texas.

Early on James would ask her, "Do you want to become a citizen?"

She recalled hesitating before answering: "I told him, 'No, I don't know much English.'"

However, as her comfort with language grew, and especially after the birth of the couple's daughter, Julina, who is now six, Nancy began thinking about naturalization.

According to the U.S. Citizenship and Immigration Services, an individual must have been a permanent resident at least five years, as well as meet other eligibility requirements, to pursue citizenship.

"When I had my daughter, I wanted to become a citizen," she explained, adding that James helped by gathering the necessary paperwork and helping her register for citizenship classes in New Summerfield.

"I was going to school for ESL (English as a Second Language courses), and my teacher told me about the citizenship classes they had," she said.

So, for a year, Nancy attended naturalization classes twice a week in New Summerfield, with about a dozen other students.

"There were a lot of new ones coming" to the classes, students also inspired to gain citizenship, she said.

The biggest challenge? "The history (of the nation)," she laughed. "I think it's because it was the first time for me, and I was kind of lost because everything was new. It made me kind of confused, a little bit. But I also enjoyed hearing stories about the country, learning about the country."

In January, Nancy -- accompanied by her family -- traveled to Tyler for the naturalization ceremony.

Laughing, she described how excited her daughter was for her.

"She told all the teachers and (students in the) classroom all about that day. She was so excited!" Nancy said, adding that her cousin, who owns Emmy's Nails in Jacksonville, "cried for me."

Her journey began in Pursat, a small town three hours outside Phnom Penh, the capitol of Cambodia, and detoured in the Piney Woods of East Texas.

Along the way, Nancy said she's enjoyed learning about her adopted homeland, and encouraged others to pursue naturalization if their hearts are set on becoming a U.S. citizen, because they will find a wealth of support along the way.

Recalling how nervous she was when she first tested, Nancy said the examiner "told me to take a deep breath," reassuring her that all would be well.

"I took the test two times because I failed the first time, I was kind of scared that time, but he (the examiner) was very kind," she said.

And her clients at Emmy's Nails, where she is a nail technician, have been equally supportive.

"They are like family to me, they really wanted me to get my citizenship," she said.

“I praise you because I am fearfully and wonderfully made; your works are wonderful, I know that full well.” (Psalm 139:14)