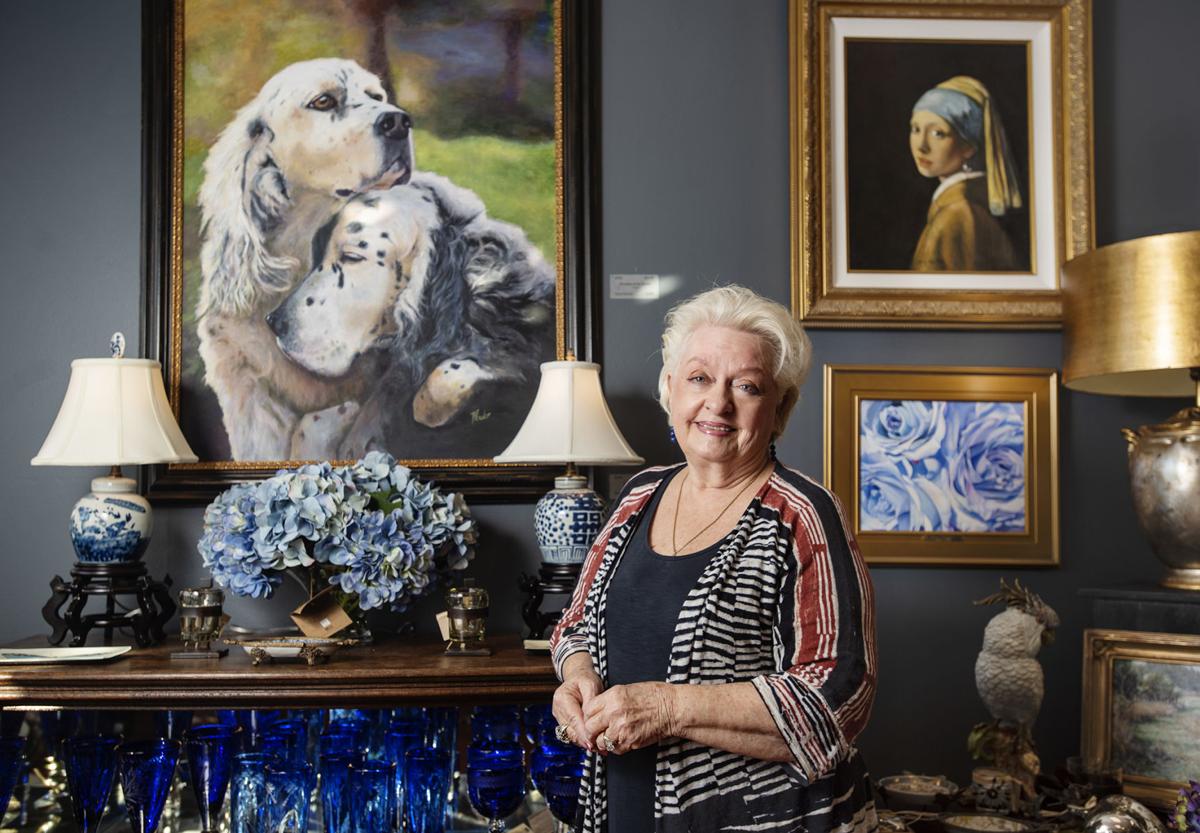 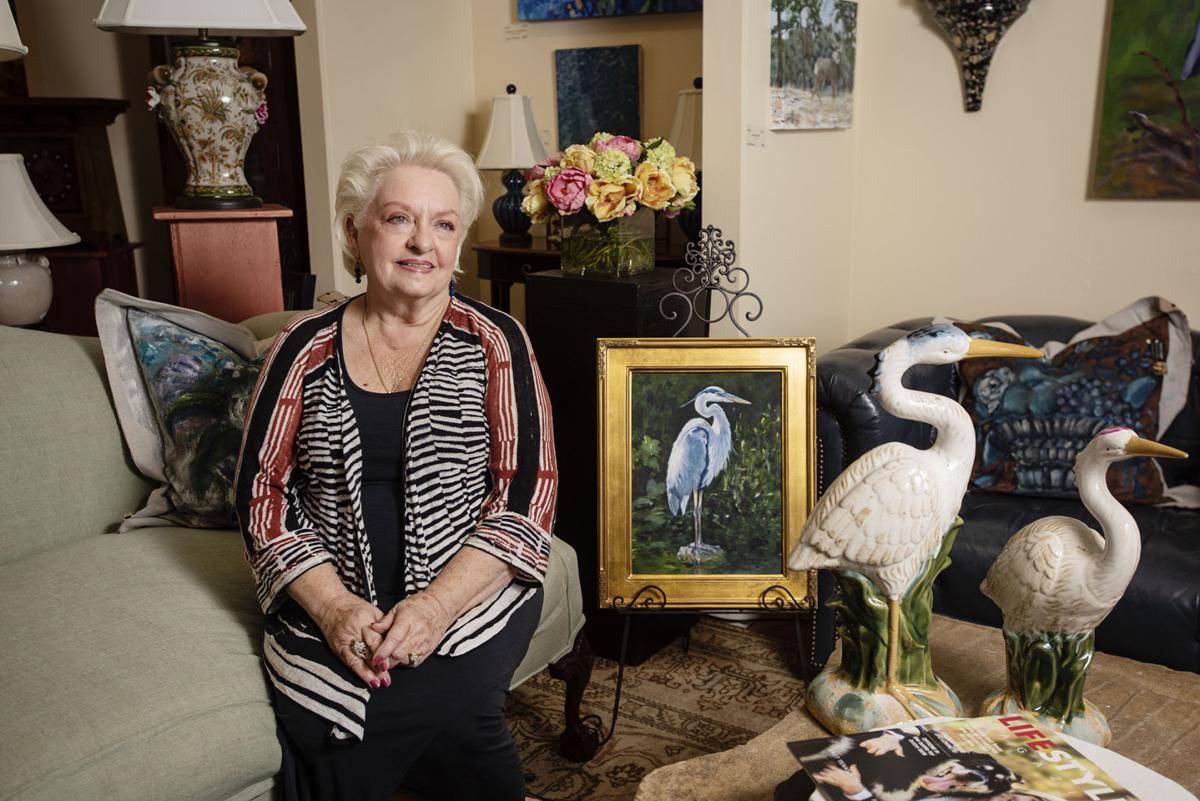 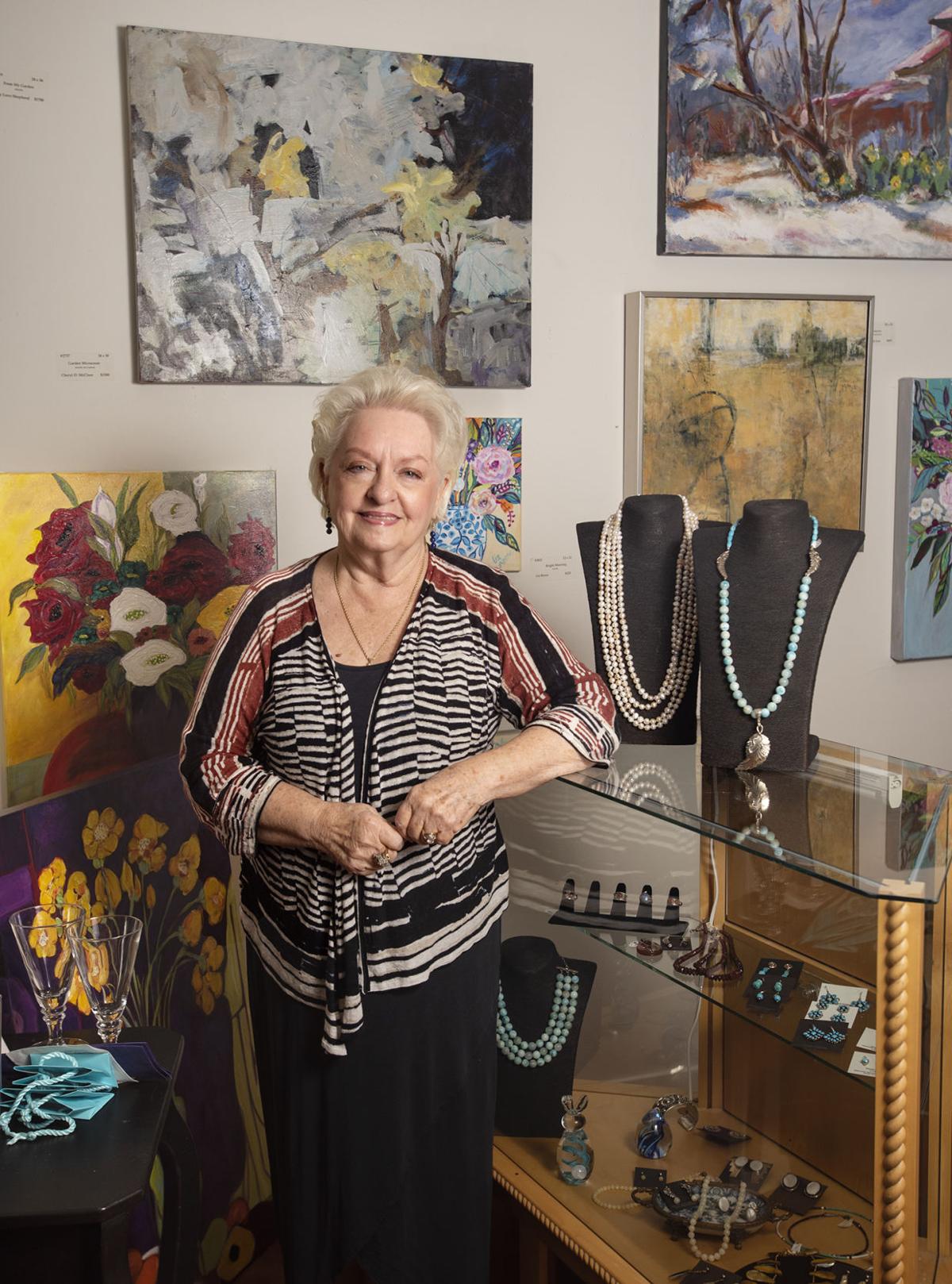 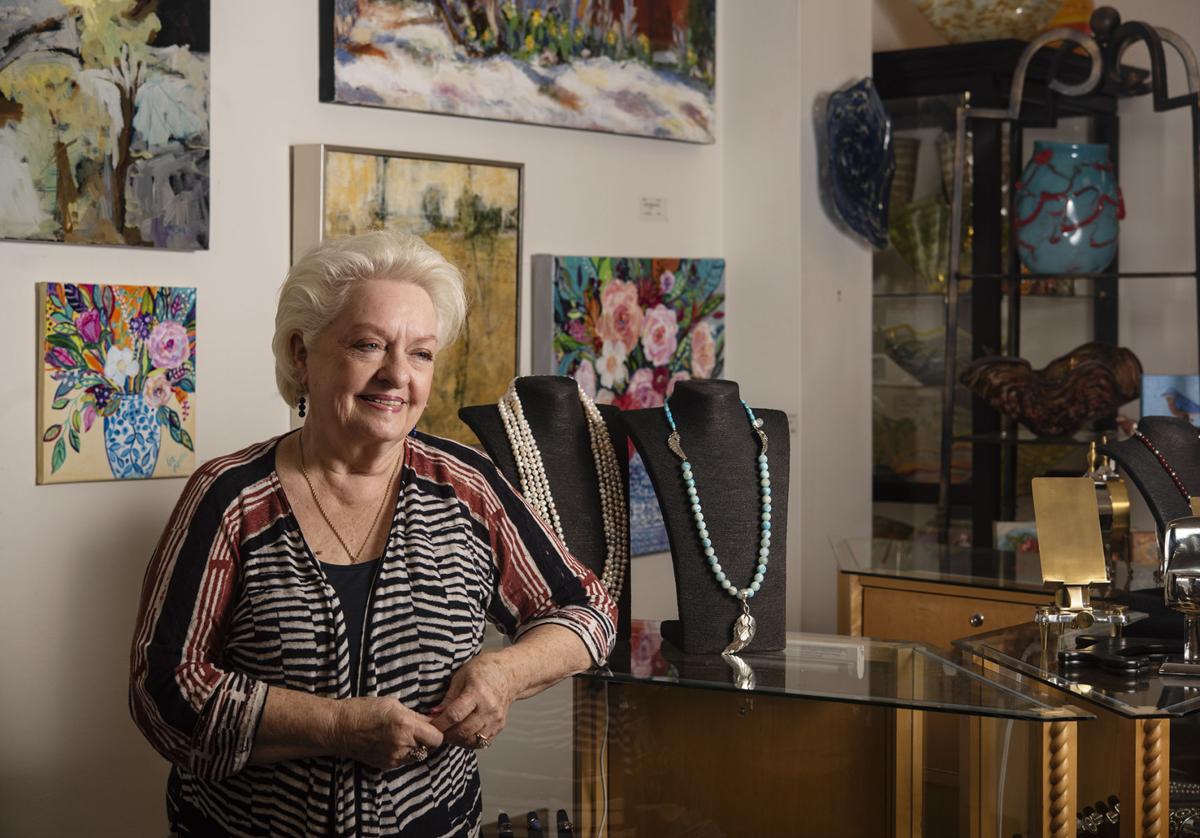 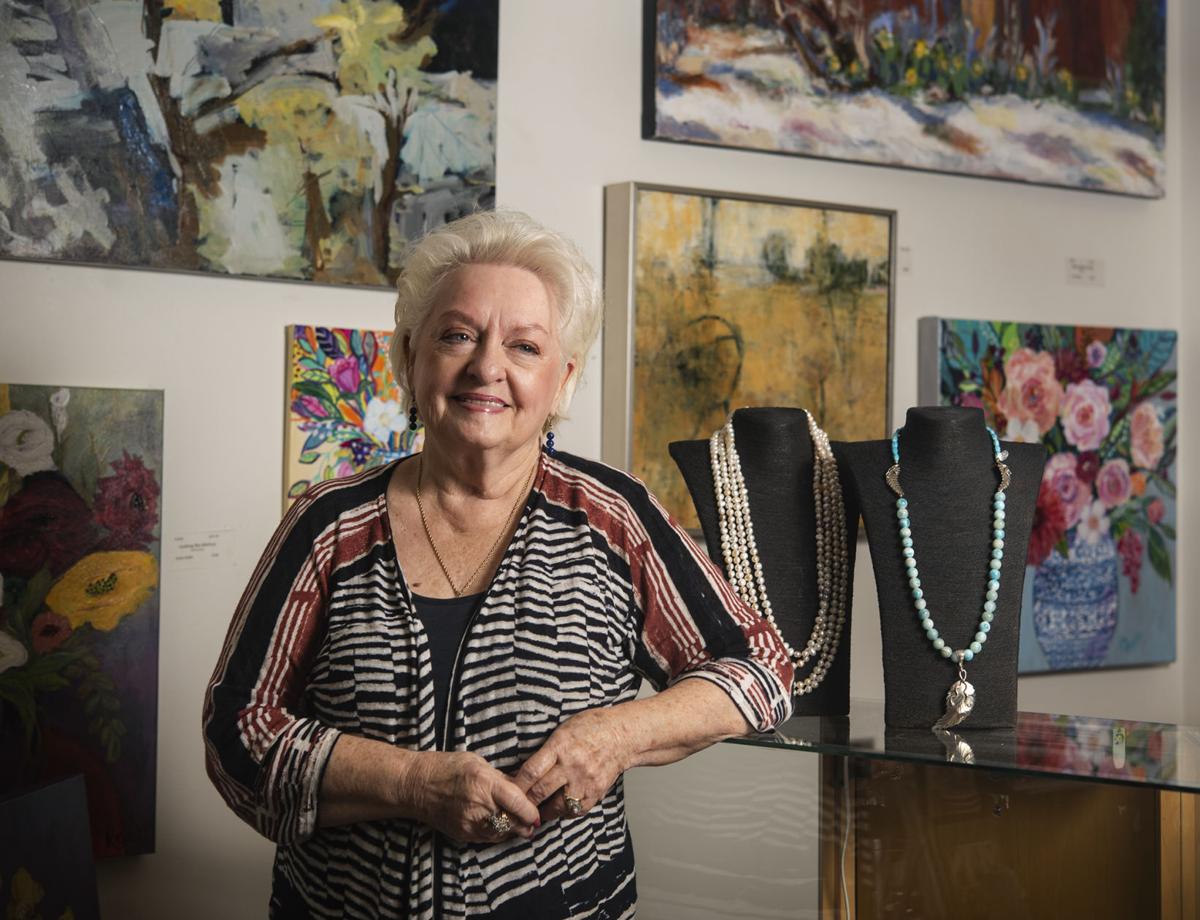 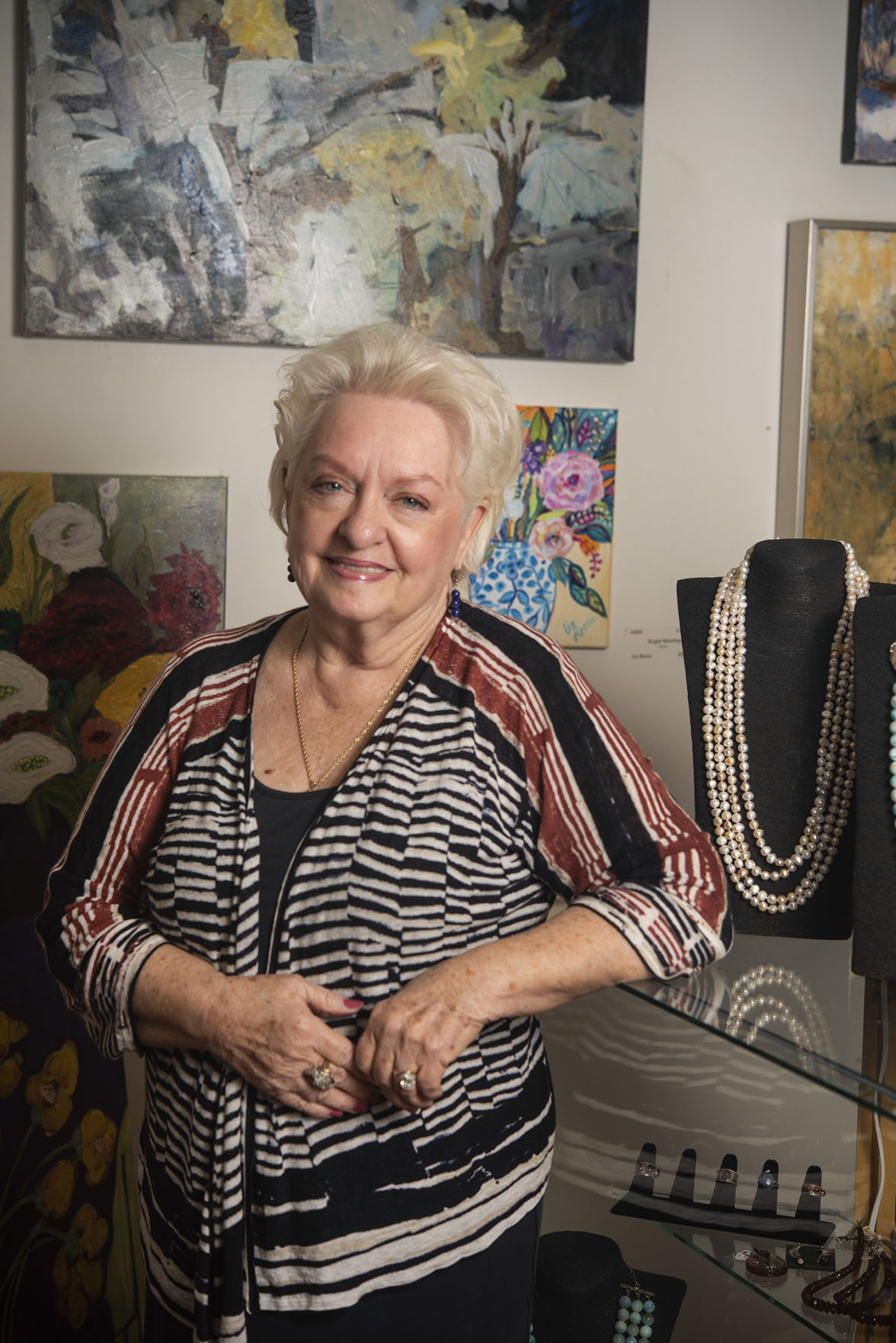 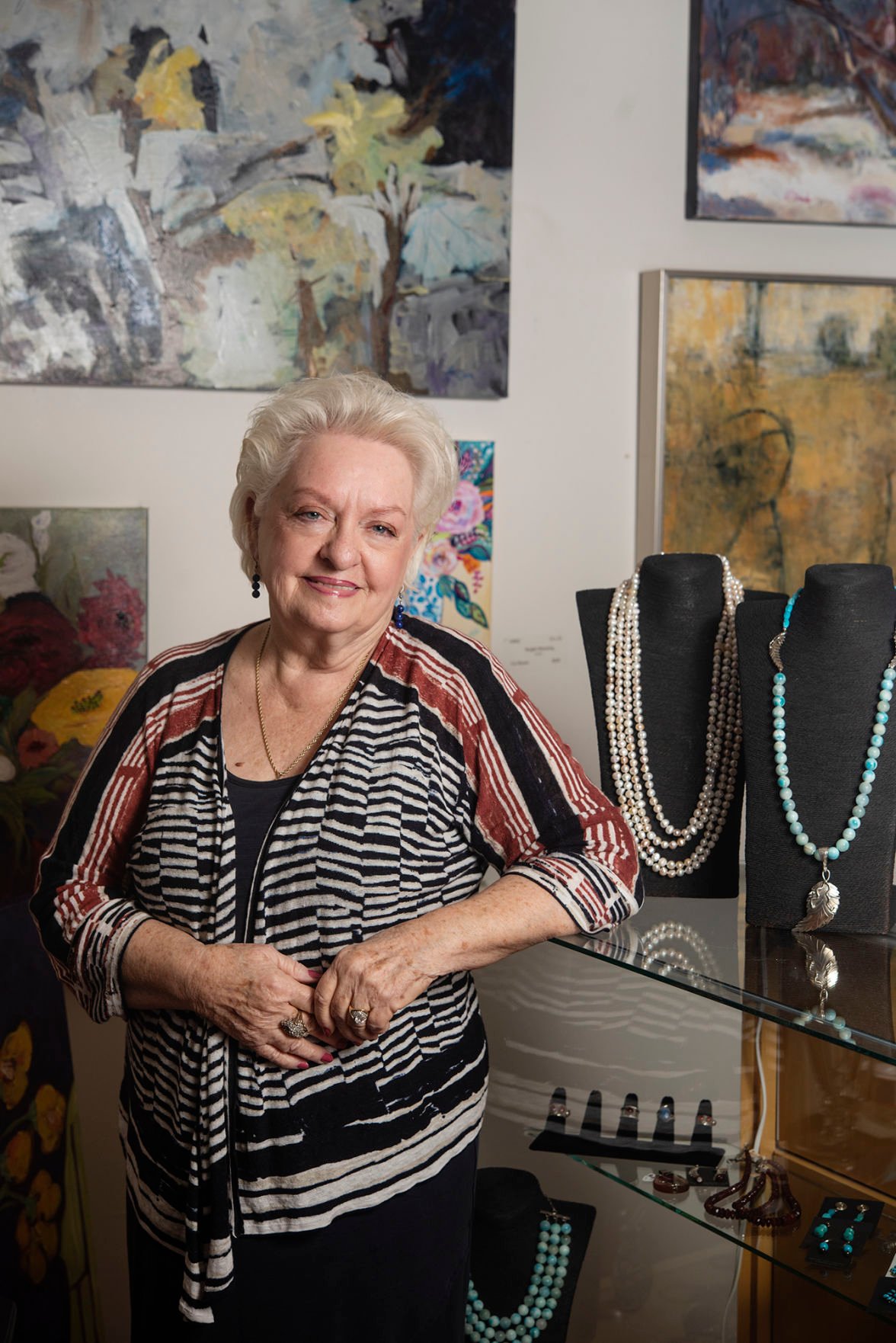 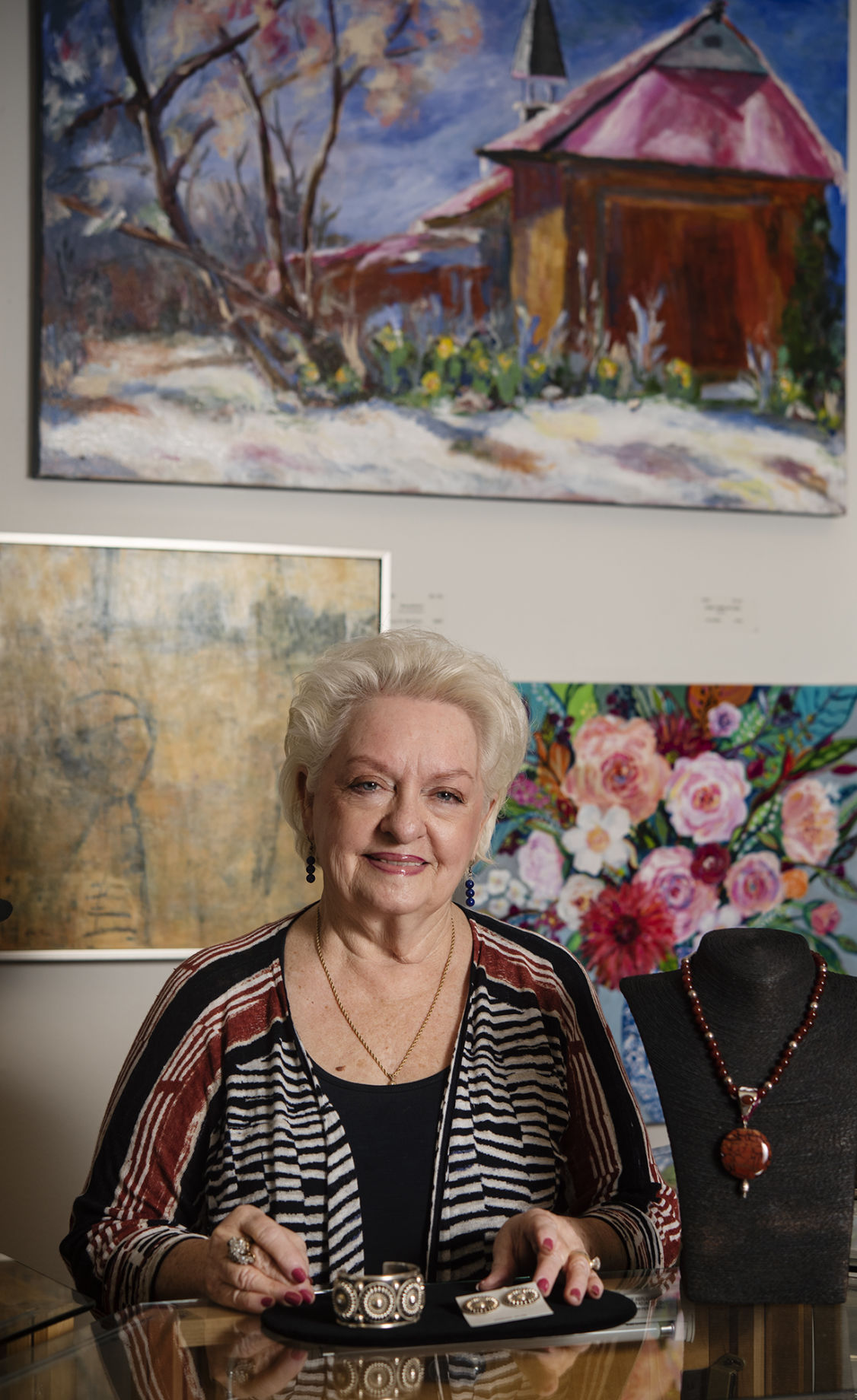 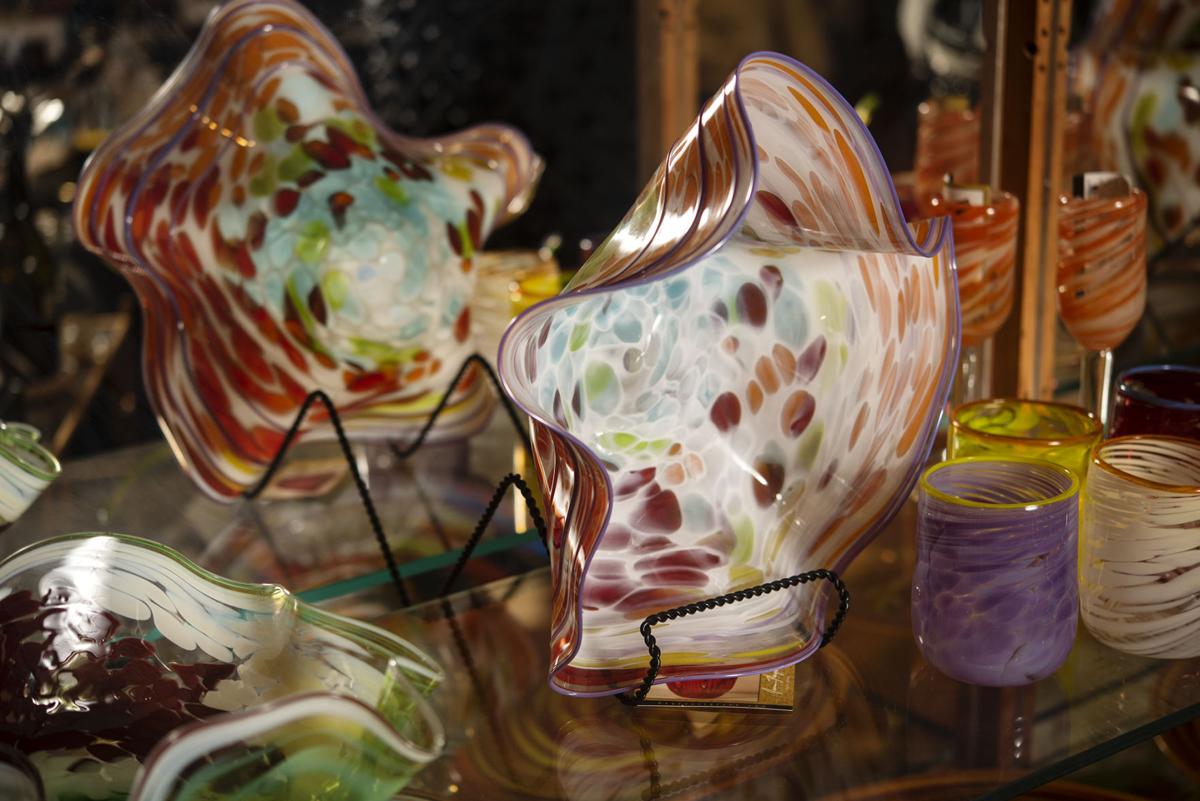 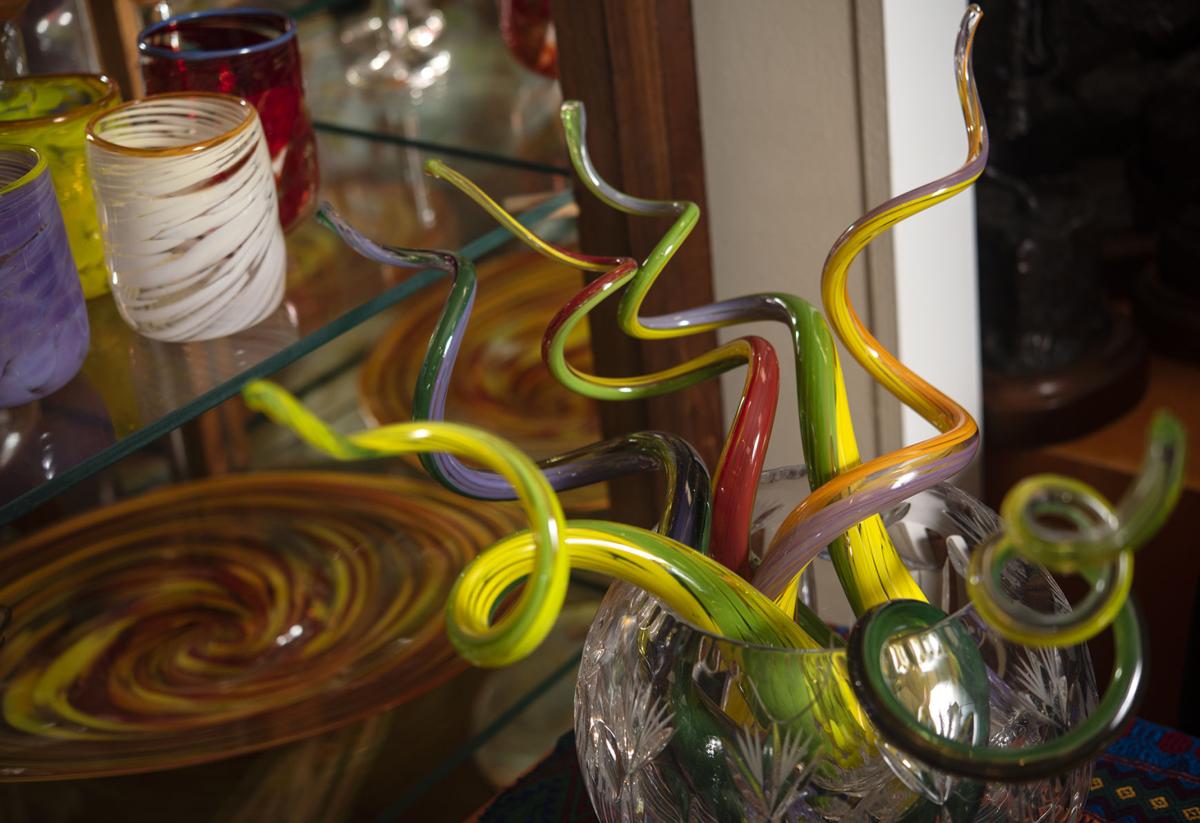 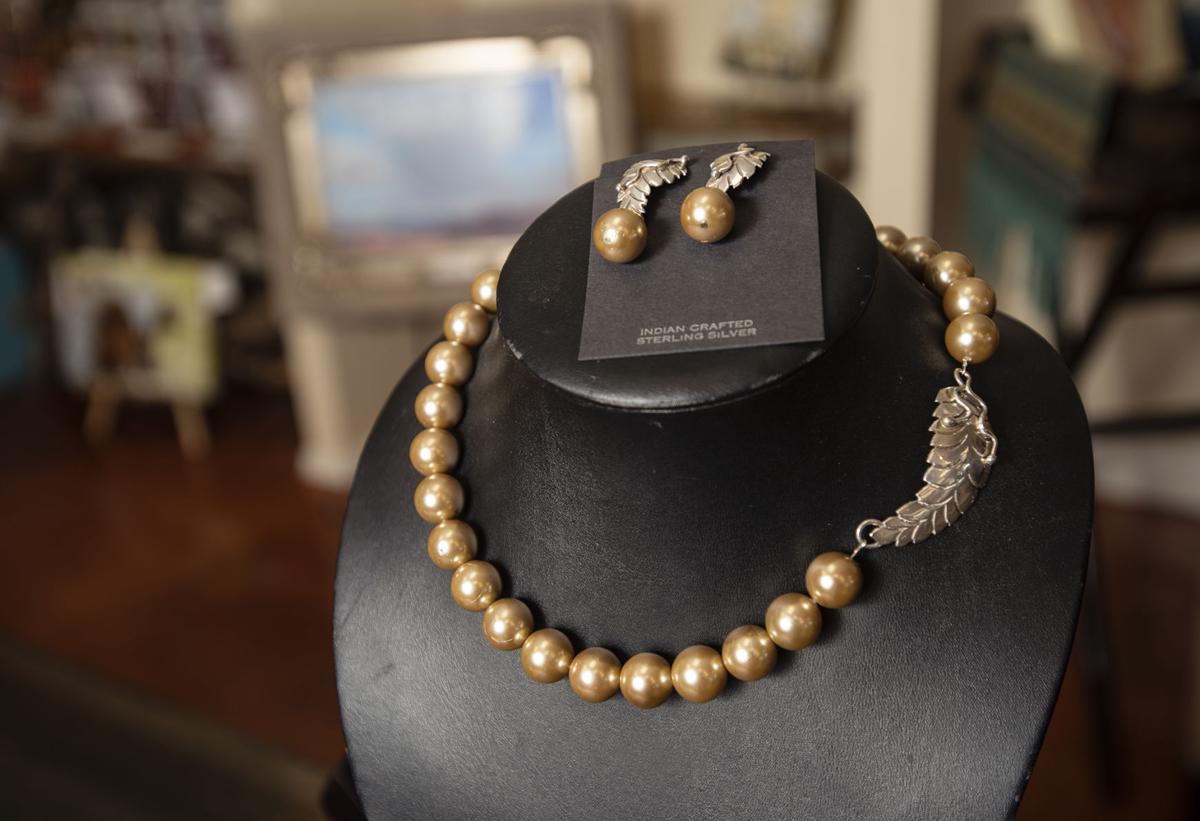 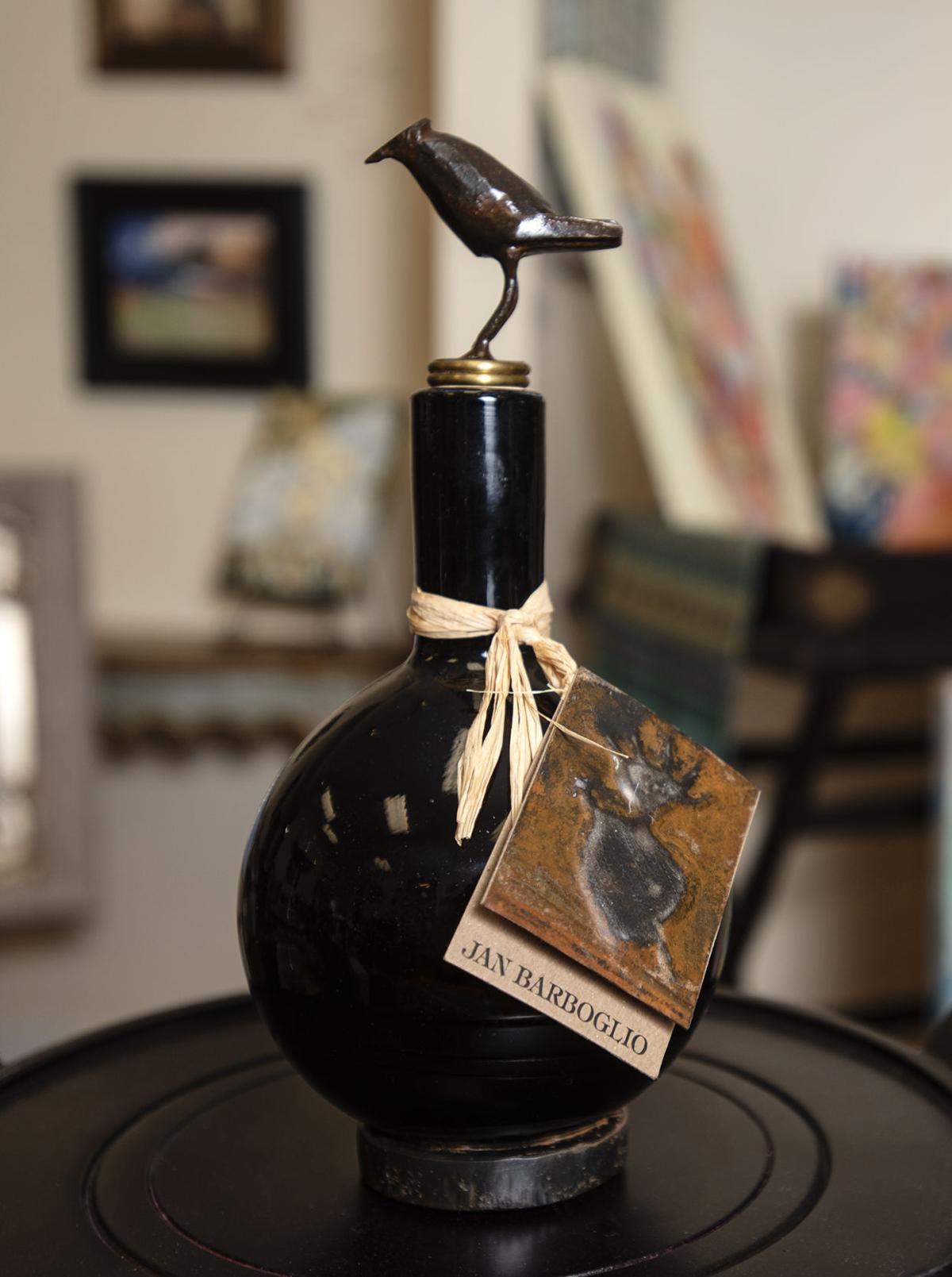 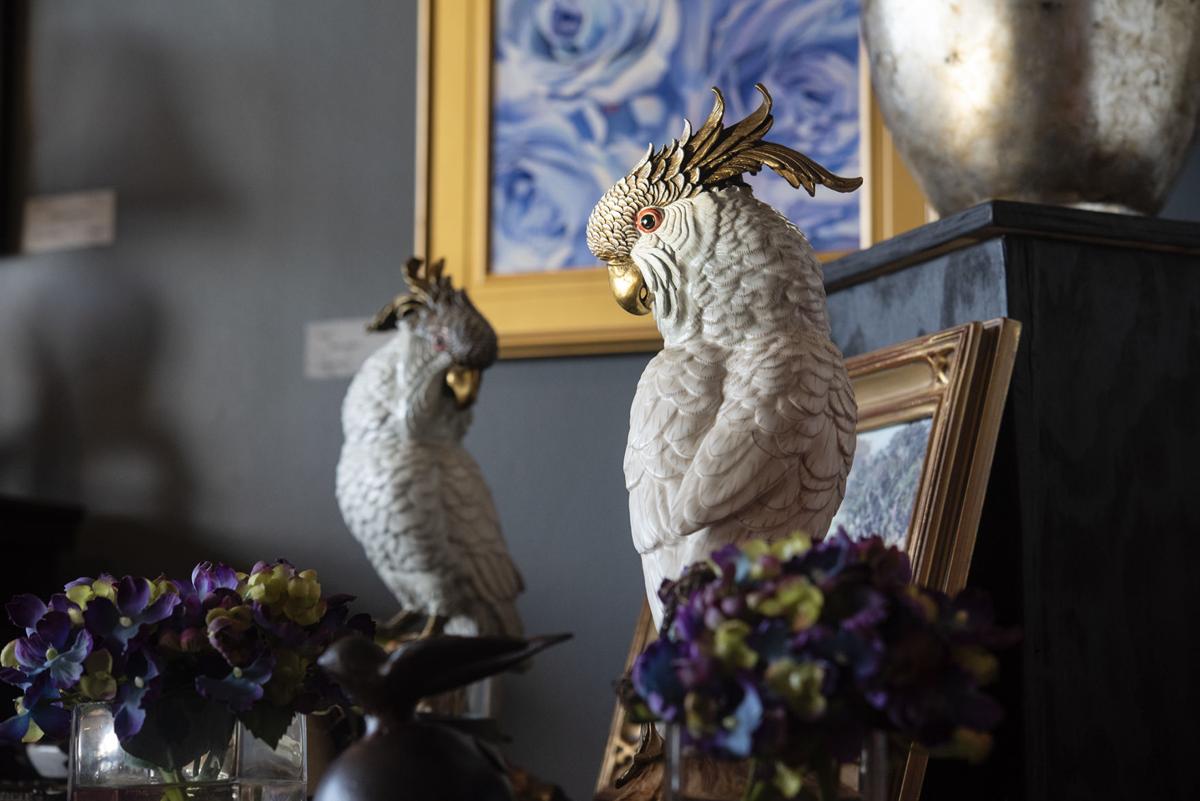 When Neita Fran Ward moved back to East Texas five years ago after living for a decade in New Mexico, she was puzzled and then she got a little mad.

Back in Las Vegas, New Mexico, she had owned an art gallery and was part of a thriving community of craftsmen and artists who were organized and had many opportunities at events and galleries to present their art to the public.

"But Tyler didn't have any of that," remembers Ward. "We had the Cowan Center and Tyler Museum of Art but where was the place for local artists to show their work? Who was promoting local art?"

She didn't like the answers. And she set out to change things.

Ward grew up in the Tyler area and earned a degree in fine arts and a master's degree in library science. She married Bill Ward, a public school administrator, and worked as a librarian in the towns where her husband served as school superintendent.

In 1995, while living in the Dallas area, she opened a small art gallery and started making pilgrimages to New Mexico to buy jewelry and art.

"Both of us felt very home in New Mexico," says Ward of their connection to the state.

During one of their road trips in New Mexico, Ward says she looked at the surrounding landscape and thought about the native Americans who live there and was overcome with emotions.

"Finally I said to Bill, 'I know what is going on," Ward says in telling the story on her radio show. "I want to go back to New Mexico every chance we get and I want to find that young artist I can encourage."

In 2001, the Wards built a house in New Mexico in preparation for Bill's upcoming retirement. Ward says she shared with a resident her desire to find a local artist whose work she could sell. A short time later she was introduced to Brian Billie, a Navajo silversmith.

"I knew instantly he was the right one," Ward says.

She began buying Billie's jewelry and selling it at archery tournaments she and her husband were attending across the nation. An avid archer, he competed in a tournament just about every month.

The jewelry was a big hit and soon Ward was asking Billie for more to sell.

After a few years of this arrangement, Billie could no longer produce the amount of jewelry Ward was requesting.

"I eventually asked him, 'What's going on' and this big man with tears in his eyes said, 'When I buy the metal and stones to make the jewelry it doesn't leave me enough money to feed my family.' ... That broke my heart."

At that point, Ward began buying the materials and designing the jewelry.

"We had an unspoken language," she says. "I could describe something and he would know exactly what I wanted. ... Slowly Brian and I developed our own look."

Ward opened a business called War Dancer and a gallery in Las Vegas, New Mexico, that featured their jewelry and the work of other New Mexico artists.

She also began hosting a radio program in New Mexico that drew attention to the arts community and supported it any way she could.

After nearly 15 years of living in New Mexico, the Wards moved back to Tyler to be closer to their family, especially their many grandchildren.

Ward was disappointed by the lack of galleries in Tyler and the lack of promotion local artists were getting.

With partners she soon opened Valerosa Designs & Gallery in Tyler's Bergfeld Center, a retail district with many locally owned shops.

She filled the gallery with works by East Texas painters, sculptors, glass artists and jewelry makers. The gallery began hosting events for artists and special exhibitions. She began promoting the artists with works on view on the gallery's website.

"I wanted the artists to think of this space as their space," she says.

"We want to serve as a catalyst for the exposure and growth of the art culture in the East Texas region," Ward says on the show's website. "Our mission is to give all artists within the area a hub for information regarding other artists and art related events. We want to educate, inspire and extend an opportunity for local artists to have a voice. Everyone has a story to tell."

Art Connection of East Texas provided art that is on display in the Ben and Maytee Fisch College of Pharmacy building at the University of Texas at Tyler. Called the pARTnership Exhibit, the ongoing display is a collaboration with the university and Tyler Museum of Art.

"The pARTnership Exhibit was created to bring our community together to elevate and promote health, wellness, creativity and inspiration," says the exhibit's program. "We believe that together, the people of East Texas can build a region of thriving culture and collective success."

"One of the gifts that God gave me is being an encourager," Ward says, sitting a room in the back of her gallery.

"The talent we have here is amazing," she says, drawing attention to the art on the walls.

Ward first interviews each of the artists with work on display in the gallery.

In one of her earliest radio programs, Ward discussed her motivation for promoting the local arts scene.

"I want to really help the community to understand all of the arts and the artists who live here and how they (artists) struggle to be recognized as a true artists ... Really my main goal is to introduce those artists in a very personal way to the community so people will say, 'Oh I had heard about this artist on the show.' That starts to raise the interest and the information within the community of our vibrant art community.

"And many times our artists don't feel validated and a that (validation) is what I want to see happen."

Ward says there are many artists who deserve attention and who have stories that need to be told.

On ACET's website, Ward speaks of even a greater calling.

"Art is a result of the creativity of man resulting from the gifts bestowed by our ultimate creator, God. The arts and artistic expression are key elements of our region’s image and proud heritage. ... Expression and appreciation of art should be available to everyone and this is critical to a well-rounded legacy for future generations."

“We are going up to Jerusalem, and the Son of Man will be delivered over to the chief priests and the teachers of the law. They will condemn him to death and will hand him over to the Gentiles to be mocked and flogged and crucified. On the third day he will be raised to life!”