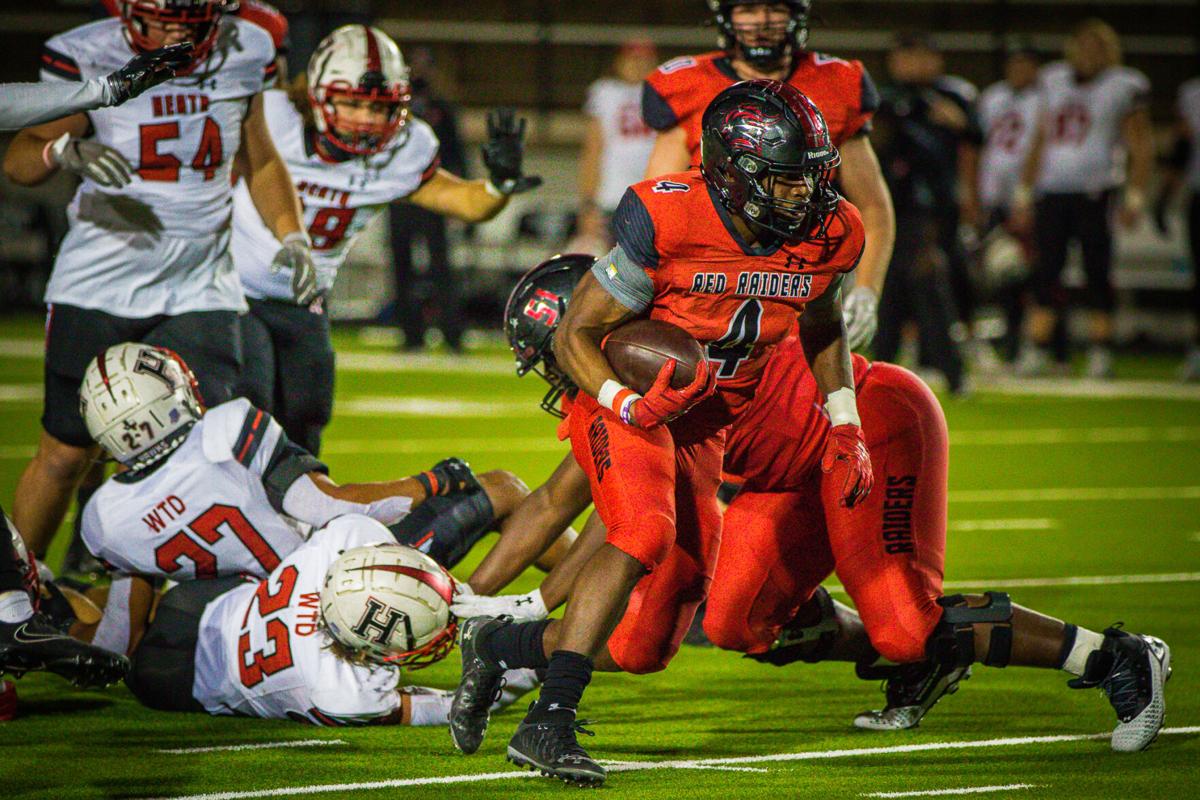 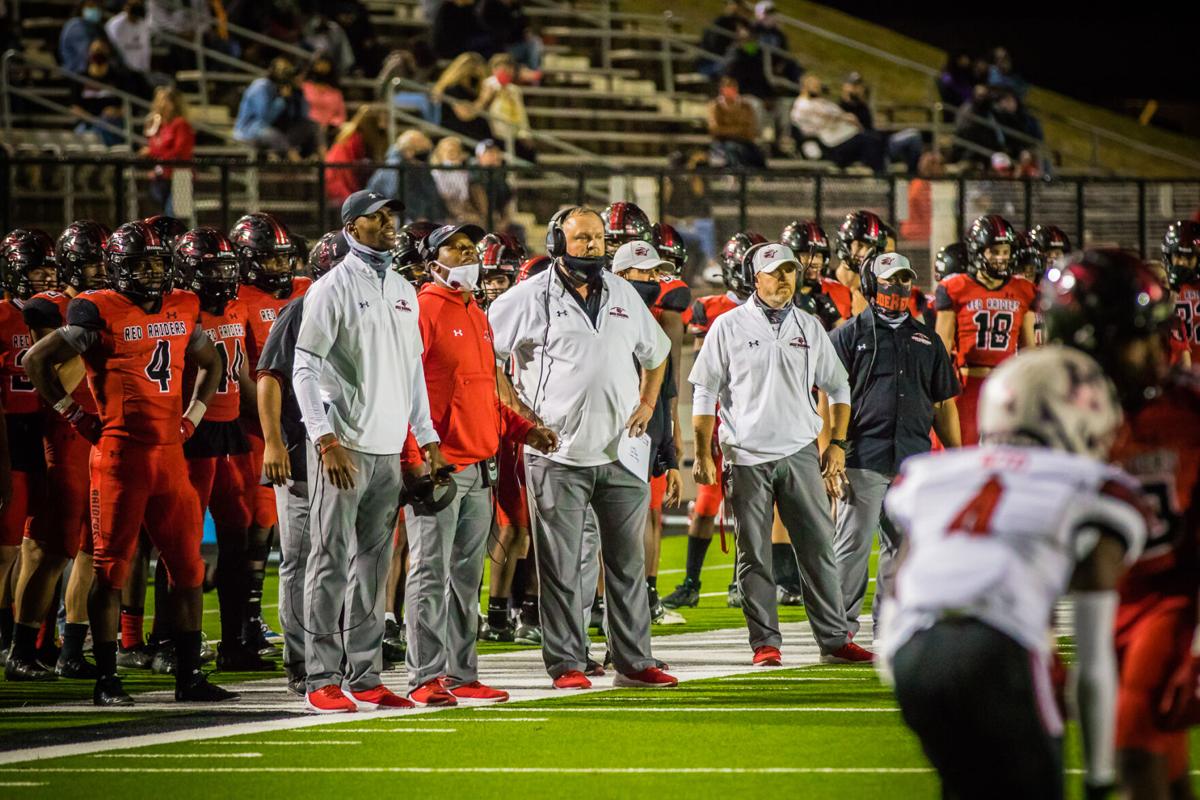 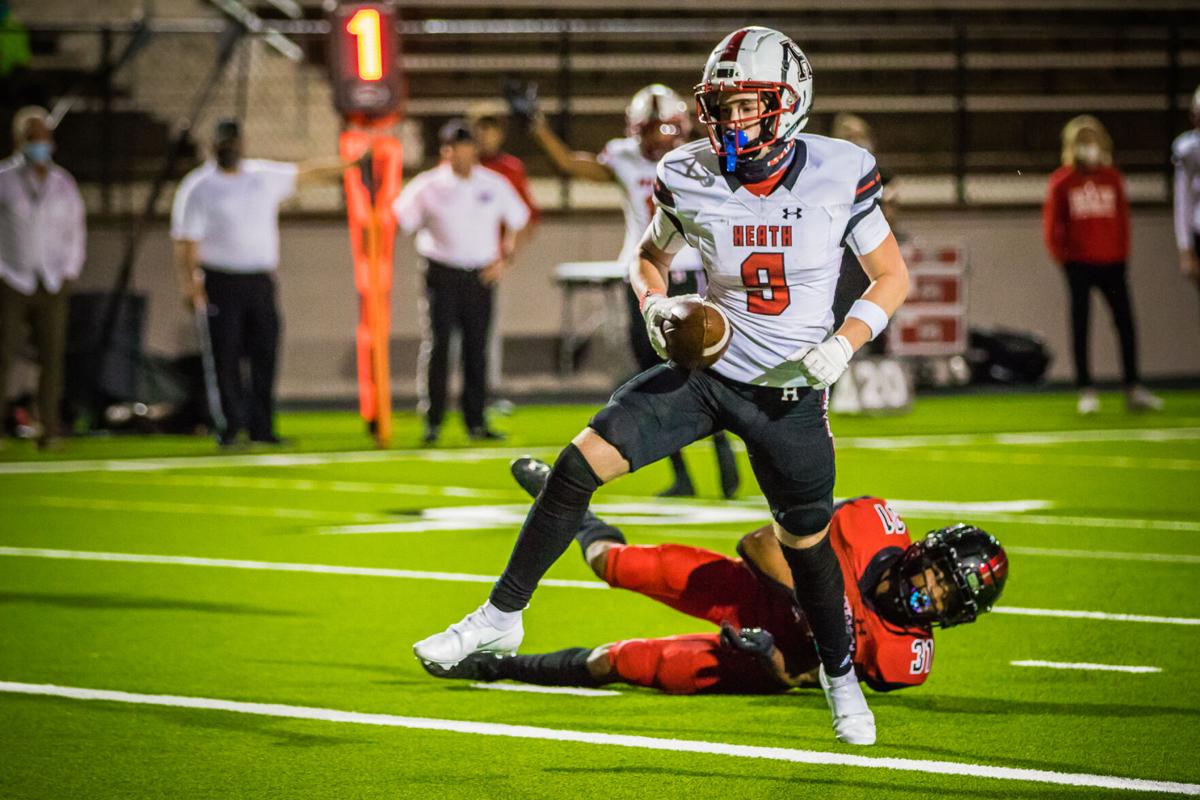 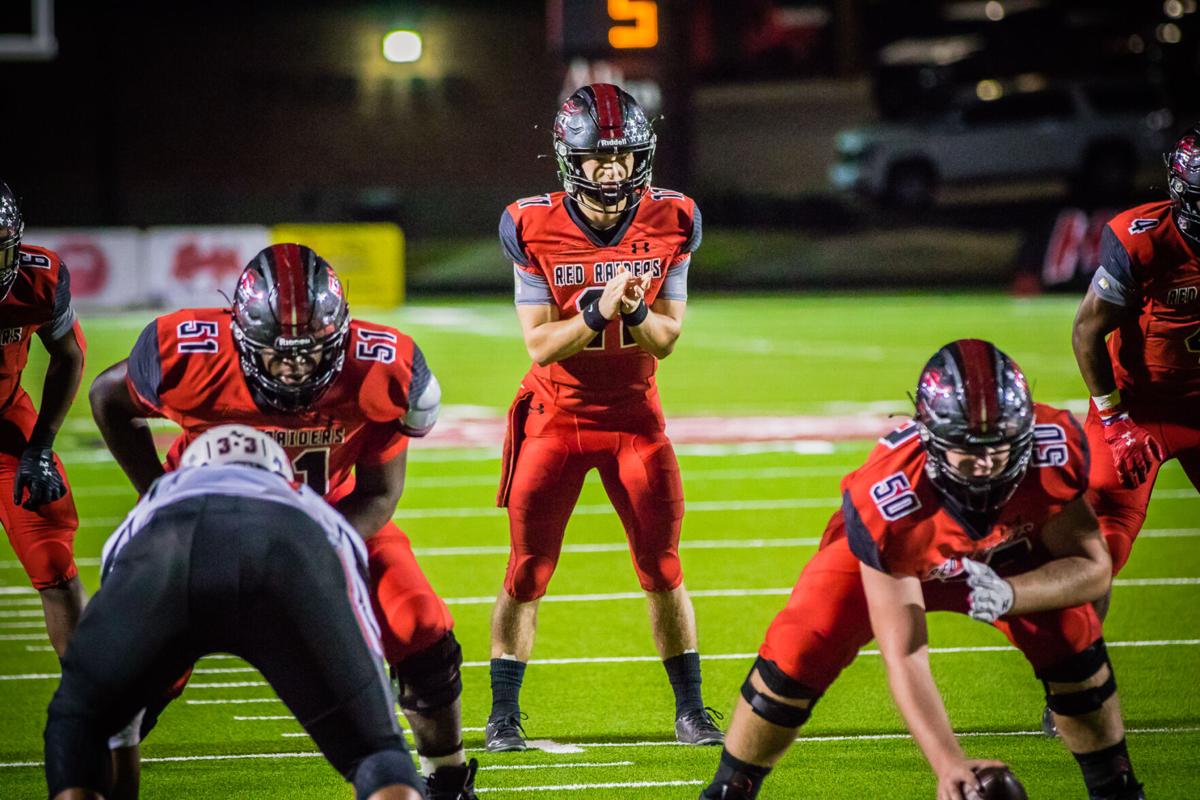 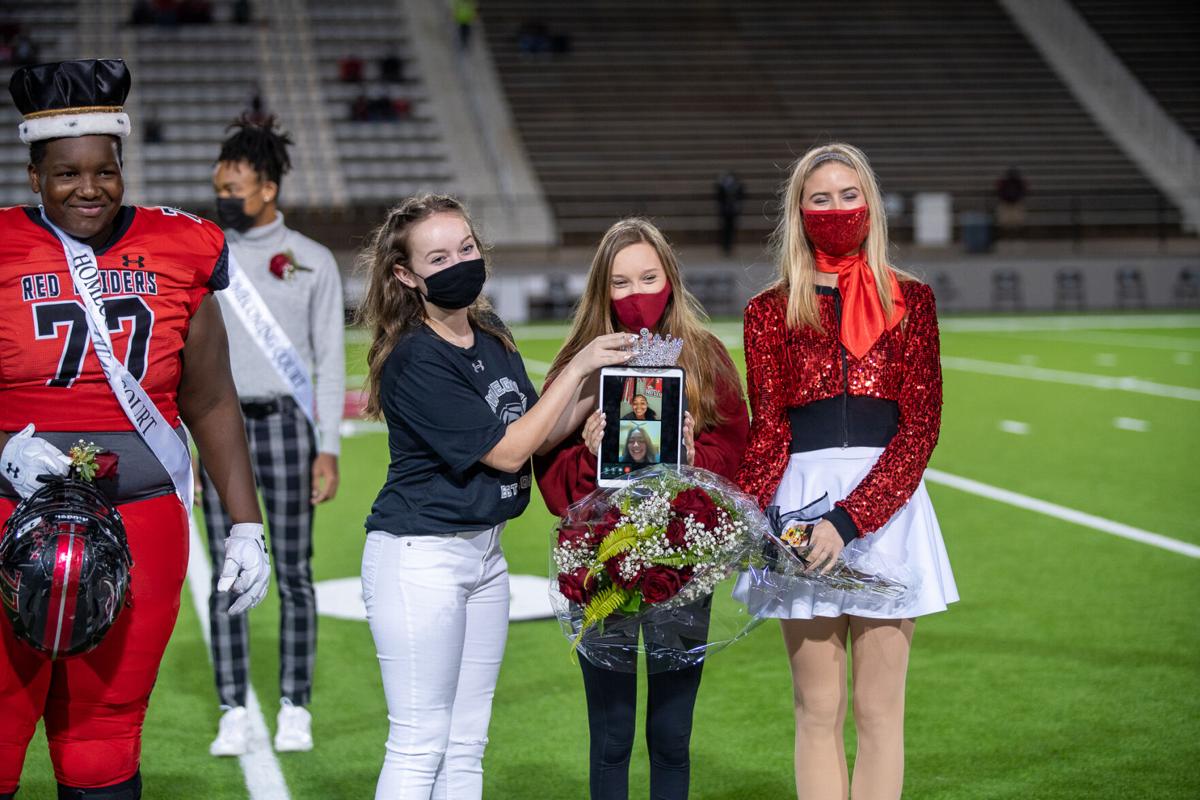 The Red Raiders made a furious comeback in the second half, but fell short as Rockwall-Heath came away with a 49-33 victory.

Legacy big-play junior Jamarion Miller did his best to put the Red Raiders in position to get the victory. Miller had the team’s lone touchdown in the first half — a 35-yard run with 37 seconds left in the first quarter. In the third quarter, Miller had a 66-yard touchdown run and turned a screen pass into a 55-yard touchdown reception from Trent Adams. Both 2-point tries were unsuccessful, making the score 35-19.

Early in the fourth quarter, Bryson Donnell scored from 20 yards out, and Adams connected with Donnell on the 2-point conversion to cut the score to 35-27 with 9:25 to play.

The Hawks then got on the board for the first time in the second half with a 15-yard touchdown pass from Josh Hoover to Corban Cleveland. The Red Raiders came right back with a 78-yard pass from Adams to Miller to make the score 42-33 after the 2-point try was no good.

Zach Evans added a 17-yard touchdown run with 2:59 remaining to stretch the score to 49-33, and the Hawks stopped Legacy on fourth down at the Rockwall-Heath 27 with 1:01 on the clock.

“We continued to fight all night long,” Legacy head coach Joe Willis said. “Really, it was a tale of two halves. In the first half, they completed some of those deep shots and we missed on some of those deep shots and that was kind of the difference in the ball game. But I’m really proud of our players to continue to fight and make it a close game in the second half. We almost got an onside there late to kind of get it closer. But I’m proud of the way we fight. We have to come out and figure out how to execute a little bit better and once we do, we’re going to be a very good football team.”

It was a milestone night for Hawks on Thursday. The program recorded their 100th victory. Hoover was 21 of 34 through the air for 330 yards to surpass the 5,000-yard mark. And Cleveland had nine catches for 162 yards and four touchdowns, becoming the school’s all-time leader in receiving yards.

Miller finished with 316 total yards for the Red Raiders. He had 10 carries for 153 yards and two touchdowns and added six receptions for 163 yards and two scores.

Fair got the scoring started with a 47-yard reception from Hoover midway through the first quarter. Hoover then found Cleveland on a 14-yard strike to push the score to 14-0 before Miller’s touchdown run.

Rockwall-Heath scored three times in the second quarter — a 1-yard run by Landis and passes of 13 and 43 yards from Hoover to Cleveland.

“For us, this was a signature win,” Rockwall-Heath head coach Mike Spradlin said. “For us, we were here a year ago and we had a chance to win and we didn’t and Legacy got in. Somewhere when you are doing this a game comes along you need to win it. And this was maybe the first time since I’ve been here it was a need-to-win game.

“We saw what we thought we would see, offensively, good grief, those running backs are special and they do a great job. (Legacy coach) Joe Willis does a great job and I have a ton of respect for him, I’ve known him a long time.

“We had to take advantage offensively of anything we got and I thought Josh Hoover was unbelievable, he put it in the spots he had to and he had a great night.”

Legacy, which has lost five straight, still can make the playoffs and possibly still host a first-round playoff game with a strong finish, depending on what happens with the rest of the district.

“It’s a remote possibility,” Willis said. “We no longer control our own destiny on that, but we do control our destiny in terms of making the playoffs so we feel pretty good about that. We played the best seven teams on our schedule on paper the first seven games and that is a very good football team right there and a really good coach in Coach (Mike) Spradlin, and they do a great job. Their quarterback was on tonight, he completed the balls he had to complete, and their receivers made some great catches. We are going to come up against that in the playoffs and the next time we come against that in the playoffs, we’re going to be better.”