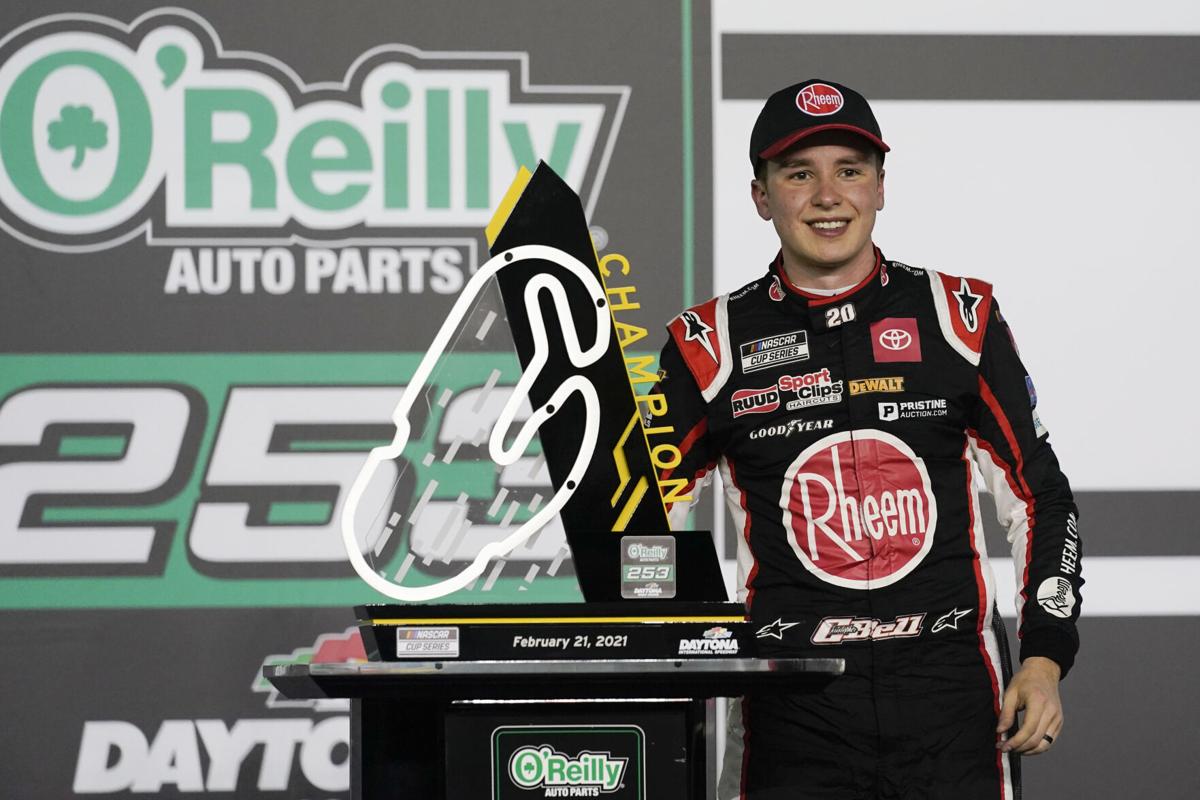 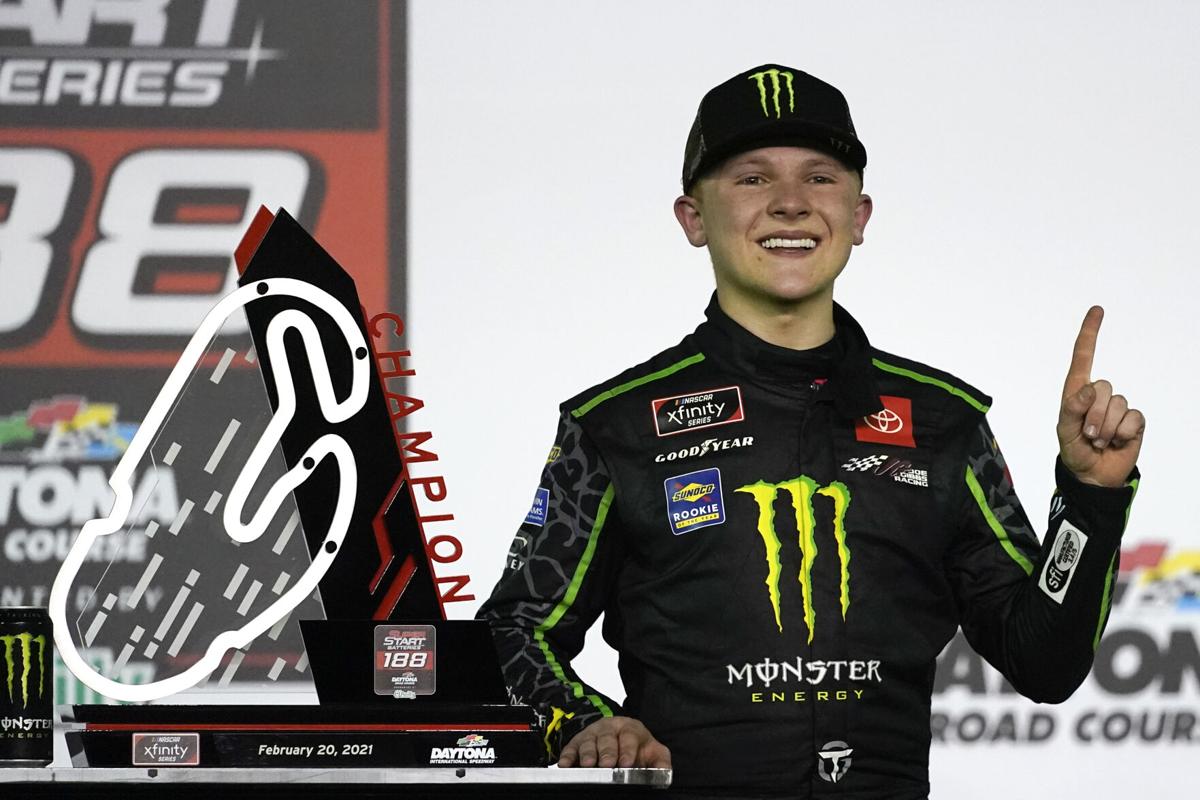 DAYTONA BEACH, Fla. — Give him good cars and Christopher Bell will win races. But in his second race? With a new team? That seemed unlikely.

Bell defied the odds Sunday and earned his first career Cup series victory — in just his second race since Joe Gibbs Racing pulled him back into its inner circle — to close out an unpredictable week of racing at Daytona International Speedway.

Michael McDowell was the surprise Daytona 500 winner and then Bell earned an earlier-than-expected first trip to victory lane. It’s just the third time in NASCAR history the first two races of the season were won by first-time winners. It was previously done in 1949 and 1950 — NASCAR’s first two seasons.

More important, Bell and McDowell have snagged coveted berths in the 16-driver playoff field, a troubling trend for mid-pack teams that need all 26 regular-season races to point their way into the championship picture. Race winners earn automatic berths and the remaining spots are decided by the points standings.

“The dynamic has changed dramatically,” Brad Keselowski said. “We’re very early in the season and it’s now turned into a points race for those last few spots. If you don’t win, you’re in a lot of trouble because it’s not looking like you’re going to be able to get in the playoffs.”

Bell chased down Joey Logano on the winding Daytona road course to grab his first victory. Logano had a commanding lead but Bell, on fresher tires than Logano, reeled him in and passed him with just over one lap remaining.

“This is one of the highlights of my life,” Bell said. “I’ve prepared my whole life for this moment to race in the Cup Series.”

The 26-year-old Oklahoman is a longtime Toyota development driver who won 16 Xfinity Series races driving for Gibbs. But there’s only four Cup seats in the organization and they were full last season when it was time to move Bell to the big leagues.

He was instead loaned to Leavine Family Racing, and although it was also a Toyota team, the one-car operation wasn’t nearly as strong as the Gibbs group. Team owner Joe Gibbs last summer decided not to renew Erik Jones, who said he was blindsided by the move, and instead bring Bell back into the fold.

It put the pressure on Bell to deliver and he did after a rocky opening a week ago. Bell was running at the front of the Daytona 500 pack when he gave Aric Almirola too big of a shove and triggered a 16-car crash on just the 14th lap of NASCAR’s first race of the season.

McDowell, meanwhile, backed up his Daytona 500 win with a career-best road course finish of eighth.

Logano for the second week came up empty but without the dramatics of his last-lap crash with teammate Keselowski as they raced for the Daytona 500 win. Logano finished second.

“I hate being that close,” Logano said.

Denny Hamlin was third to give Gibbs two cars in the top three. Kurt Busch finished fourth and Keselowski wound up fifth for a decent Team Penske rebound.

Keselowski and Logano before the race had their first interaction since the Daytona 500 crash — Logano called it “a healthy conversation” — and the teammates will now try to move forward.

“We’re as good as we can be,” Keselowski said.

Kevin Harvick finished sixth and AJ Allmendinger, in his first Cup race since the 2018 season finale, finished seventh. It was the highest finish in three Cup races for Kaulig Racing, an Xfinity Series team formed in 2016 that wants to be full-time Cup next season.

Ryan Preece was ninth for a pair of top-10 finishes at Daytona. JTG-Daugherty Racing no longer has a charter to guarantee Preece a spot in the field every week, and without it the team can’t promise it will race every week this season. With this start, Preece is currently seventh in the points standings.

Chase Elliott again had the most dominant car but his streak of four consecutive victories in points-paying road races was snapped. He led a race-high 45 laps and was out front when caution for rain 15 laps from the finish forced Hendrick Motorsports to make a strategic call.

Elliott traded track position for new tires, pitted from the lead and fell to 15th. He worked his way up to to fifth but spun when he ran into the back of Kurt Busch. Elliott finished 21st.

“Cautions like that kind of makes for a mixed bag, who stays and who goes, it’s a bit of a gamble,” Elliott said. “I thought tires was the right move. But you get back into traffic and it just gets to be so chaotic and just depending on who who gets through (traffic) and who doesn’t and it determines how it shakes out.”

It was the very first NASCAR national series race for Ty Gibbs, who jumped two steps from ARCA to Xfinity for his debut. He plowed through the field on the last two restarts to beat Xfinity Series champion Austin Cindric in double overtime.

Gibbs became the youngest driver to win an Xfinity road course race at 18 years, 4 months, 16 days. Cindric held the record at 20 set on the road course at Mid-Ohio in 2019.

Joey Logano holds the overall record. He won 21 days after his 18th birthday in his third race — also driving for Gibbs. Ty Gibbs is the second-youngest winner in Xfinity Series history.

Gibbs drove through the grass, used the top lane on the oval and dove inside in the turns in his shocking first win. He’d never raced an Xfinity car before, never done a live pit stop before and COVID-19 restrictions cut practice and qualifying for Saturday’s race.

“Dreams really do come true. I’m completely depleted, I left everything out there,” said Ty Gibbs. “I thought maybe I was going to run in the top seven, eight? I completely surprised myself. In coming up to a bigger series like this, these are some of the guys I dreamed of racing. I’m a train-wreck right now.”

Joe Gibbs, a member of the NASCAR and Pro Football Hall of Fames, watched stoically from behind the pit stand. Shielded by a mask, he gave no indication of emotion. But as his grandson crossed the finish line, his glasses fogged and he hugged a Joe Gibbs Racing team member.

Joe Gibbs Racing has five Cup Series championships, 185 Cup wins and four Daytona 500 victories — none as emotionally fulfilling as this Xfinity stunner. When Joe Gibbs called home to speak to his wife, Pat, he said she was crying too hard to talk.

“This is such an experience for our family,” Joe Gibbs said. “I’ve been blessed to enjoy so much, but this, he had not made a lap in the car. We didn’t dream about him being up front like that.

“This is the only thing Ty has wanted to do since he was 2-years-old. Any parent or grandparent would tell you, it’s like a dream come true.”

Ty Gibbs dropped to his knees beside his Toyota and bowed his head into his hands.

Then he admitted he didn’t know how to do burnouts, either.

“I don’t even know what’s going on,” he said. Gibbs choked on tears, wiped away his eyes and apologized for giving a poor interview.

“I’m sorry I’m a wreck, I really didn’t think this was going to happen at all,” he said.Ty Gibbs is the sixth driver to win in his Xfinity Series debut, joining Dale Earnhardt, Joe Ruttman, Ricky Rudd, Terry Labonte and Kurt Busch. He’s the son of Gibbs’ youngest son, Coy, who could not attend the race because, “Coach” took the one slot for a team owner inside NASCAR’s COVID bubble. His mother, Heather Gibbs, watched from a suite.

Ty Gibbs won eight ARCA races the last two seasons, and finally old enough to run at the national level, his grandfather gave him a shot at NASCAR’s second-tier series. Although JGR is one of the top teams in NASCAR with outstanding equipment, Gibbs showed he could drive it and stream-rolled through the field then held his own as Cindric tried to muscle him back into his place.

“I haven’t raced him before but he seemed to be able to handle a lot of situations well, and I put him in some pretty tough spots trying to hang onto the lead and he did a great job with it,” Cindric said.

Cindric and AJ Allmendinger crashed racing to the finish of the first stage, and Cindric was left with a gaping hole in his front fender. He dropped to 34th in the field but still drove his way back to the lead.

Cindric, who led a race-high 29 laps, had a Daytona sweep in sight until caution with three laps remaining gave Gibbs a late second chance. They both pitted for fresh tires and Gibbs restarted 10th, Cindric in 11th.

On the first overtime restart, Gibbs blew past a pack of cars on the outside of Daytona’s oval and weaved his way in and out of traffic all the way to third. Another caution sent the race into double OT and Gibbs this time dove inside to gain ground.

He drove deep into the grass — kicking up dirt all over his car — and somehow still surged into the lead. Gibbs then pulled away to win of 1.726 seconds over Cindric.

“I’m shocked that he didn’t rip the splitter off of it going through the grass heading into turn one on the final restart,” Cindric said.

JGR has yet to announce a full 2021 schedule for Ty Gibbs, but his grandfather said the details are decided by Coy Gibbs. They picked the Daytona road course for his debut because Ty Gibbs finished second here in last year’s ARCA race.