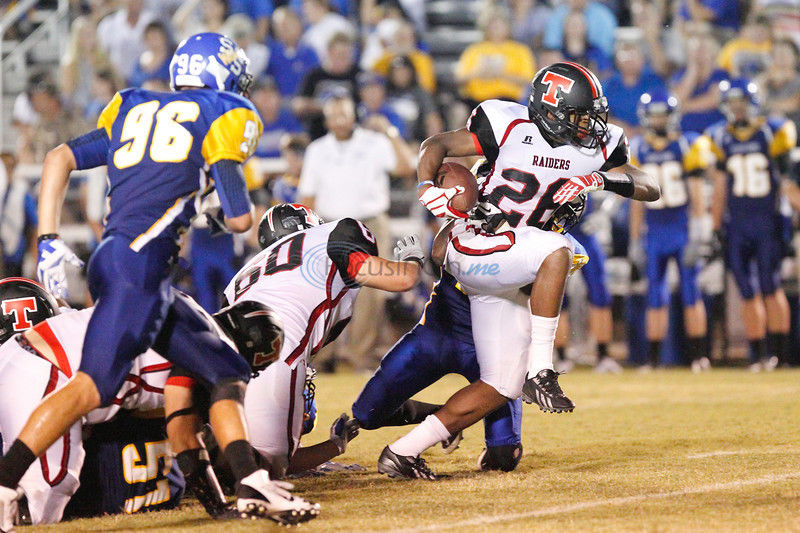 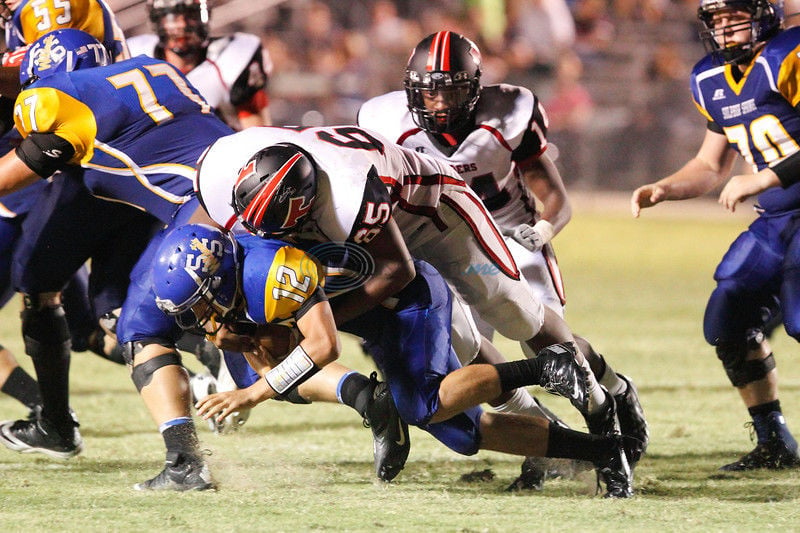 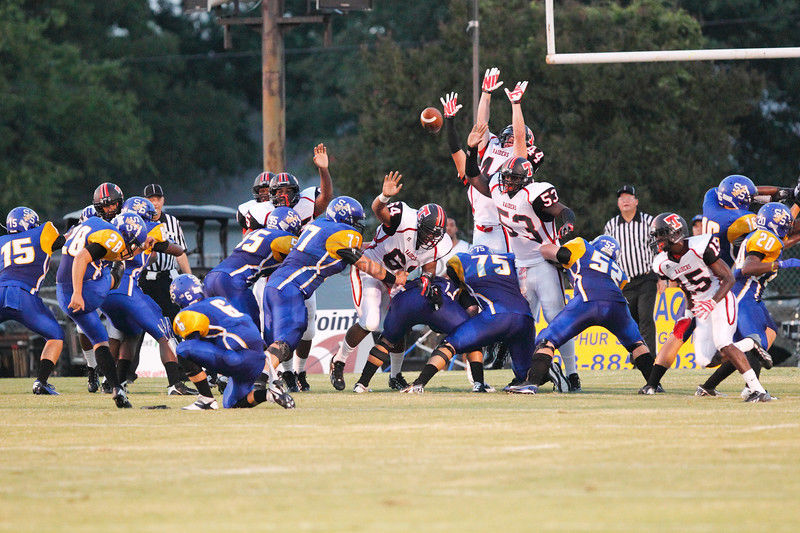 Robert E. Lee was an offensive tour de force Friday at Sulphur Springs in a way that hasn't been seen since Matt Flynn was under center for the Red Raiders.

Lee passed for 298 yards and rushed for 350 yards with five passing TDs and two rushing TDs in a 55-20 season-opening win over Sulphur Springs.

Sophomore quarterback Zach Hall, in his first varsity start, competed 10 of 13 passes for 288 yards and four touchdowns, with Trevor Carr tossing a 7-yard TD with his only pass attempt.

To put that into perspective: the Red Raiders passed for three touchdowns all of last season.

Bryce Wilkerson was REL's leading receiver a year ago with 17 catches for 226 yards and two touchdowns. In one game the senior totaled 158 yards and three touchdowns (71, 21, 55) on four receptions.

His running mate, senior Marquiston Williams, surpassed his 2012 total in the game, finishing with five catches for 117 yards and a touchdown.

"We have some weapons and if we take care of the football we are going to score some points," Lee coach Darrell Piske said. "We have a good O-line and when the quarterback is a dual-threat, it puts you in a bind defensively."

The game resembled 7-on-7 in the first quarter as Lee and Sulphur Springs see-sawed back and forth with big-play touchdowns. After both offenses struggled on their first four possessions, the Red Raiders and Wildcats combined to score 34 points in the final five minutes of the quarter.

The difference was Lee finally got a stop.

Clinging to a 21-20 second-quarter lead, the Red Raiders forced a turnover on downs at its 21. That began a series of three-and-out stops for REL's defense that continued into the second half.

"I felt like it changed in the second quarter when (Lee) stopped us down here," said Sulphur Springs coach Greg Owens. "We go for it on fourth down and they stop us and then they broke a long one on us (for a TD). That kind of deflated us and it kind of changed the whole mood of the game. We had to play catch-up and started to press."

The Wildcats did not register another first down until the 5:00 mark of the third quarter.

"They kicked it up," Hall said of REL's defense. "They showed (out) today."

While that was happening, Hall was putting more distance between Lee and Sulphur Springs. A 21-yard scoring strike to Wilkerson made it 28-20, followed by a 64-yard TD run by Hall to make it 35-20 at halftime.

The dominance continued in the second half as Lee cruised to its first season-opening win since 2007 (defeated Lake Highlands, 27-24).

Turning point: Lee stopped Sulphur Springs on fourth down at its own 21 to preserve one-point lead.

The game was over when: Zach Hall connected with Bryce Wilkerson for 55-yard TD pass on first drive of third quarter to make it 41-20.

Positive signs: Lee offense did not have a turnover.

What this win means: For the first time in five years, the Red Raiders go into a week of practice with a record that is better than .500.