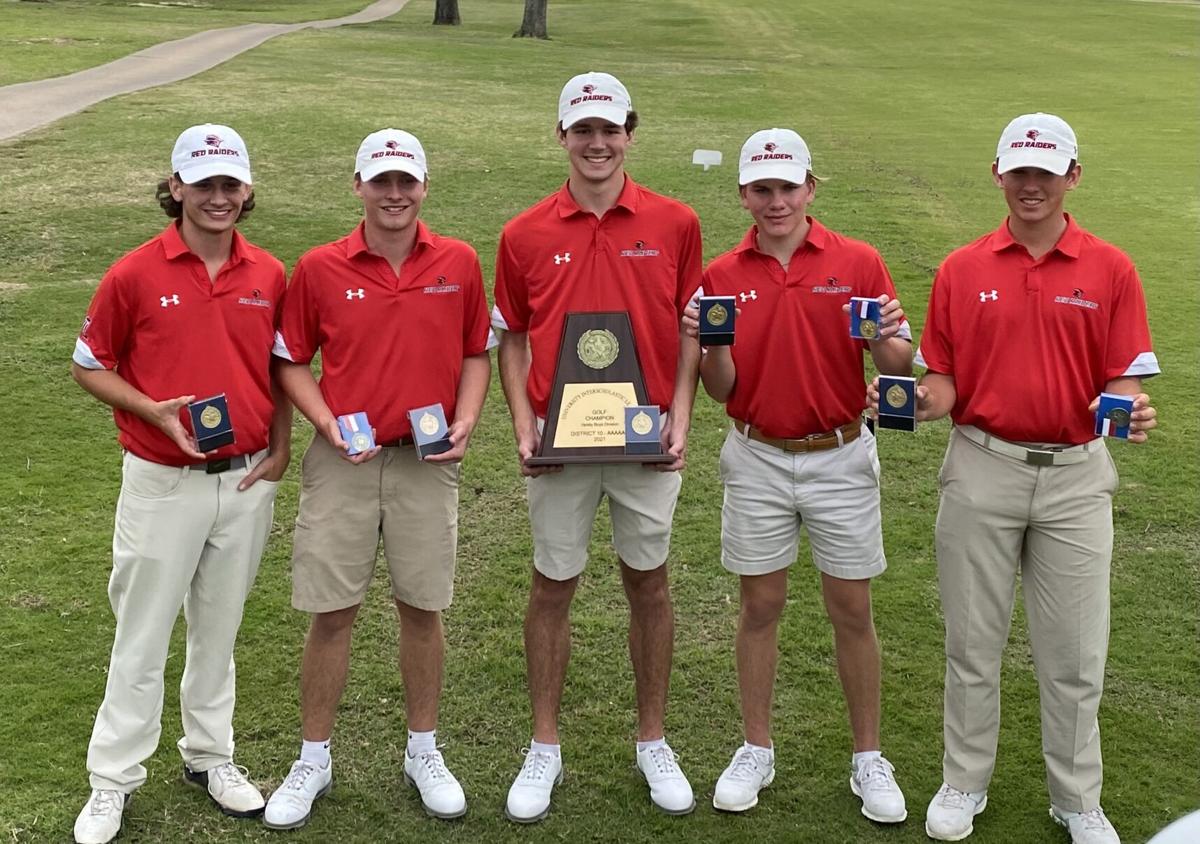 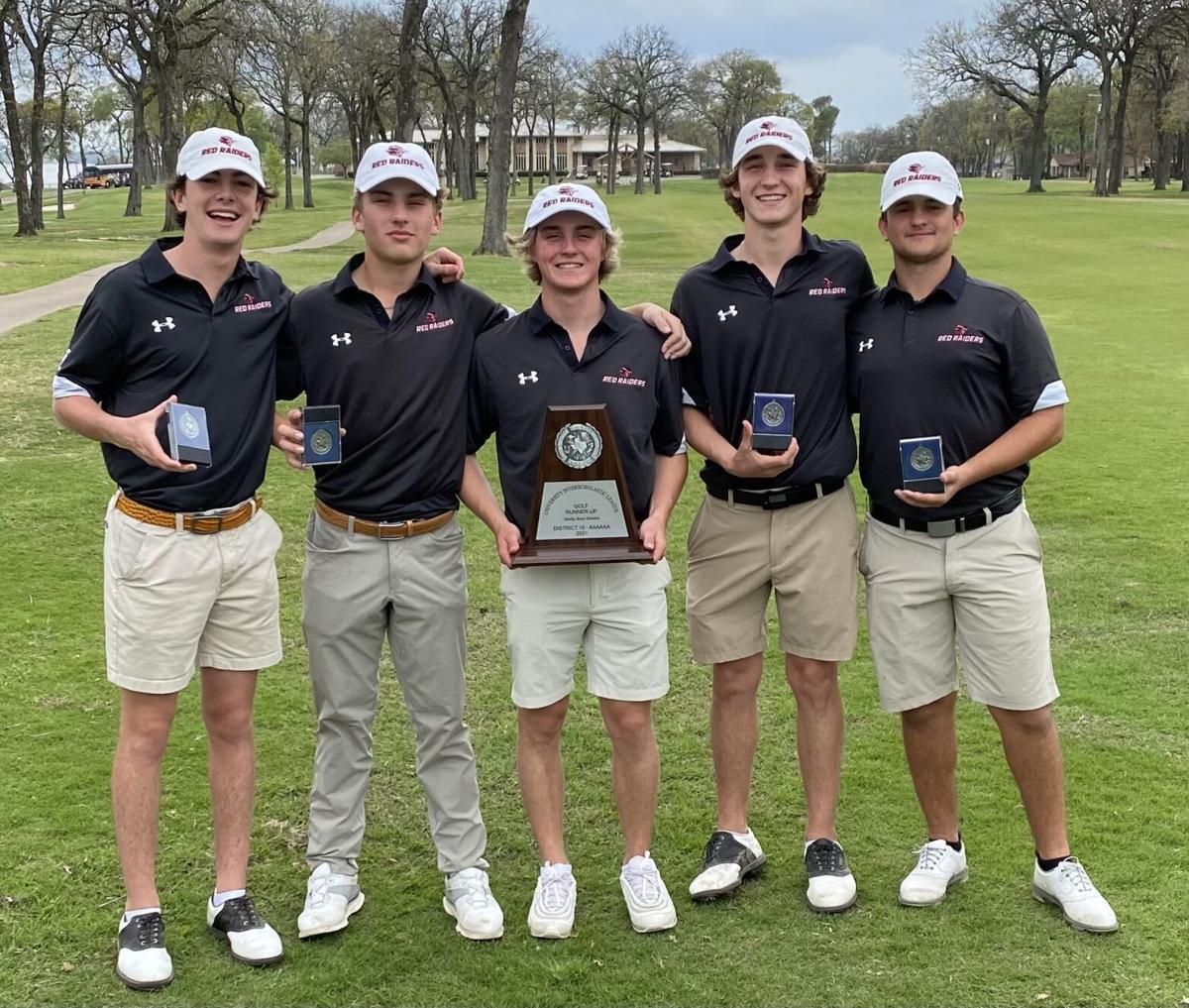 The Tyler Legacy Red Raiders continued their spring momentum, capturing the gold and silver on Tuesday at the District 10-6A Golf Tournament on the shores of Cedar Creek Reservoir.

The Red Raiders Red team, led by medalist Jacob Cole and runner-up Braden Bergman, captured first place with the Red Raiders Black squad taking second at Cedar Creek Country Club between Kemp and Mabank. The first round was on Monday.

The teams advance to the Class 6A Region II Tournament at Bear Ridge Country Club in Waco. The tournament is scheduled for April 21-22.

Members of the Red team include Cole, Bergman, Harrison May, Griffin Jones and CJ McConnell. All five of the Red Raiders finished in the top six individually.

Cole fired the only under par score of the tourney on Tuesday with a 1-under 71. He combined that with a first round of 76 for a 36-hole total of 147 to win medalist honors.

The Tyler Legacy teams are coached by David McElveen, who is in his fifth year.