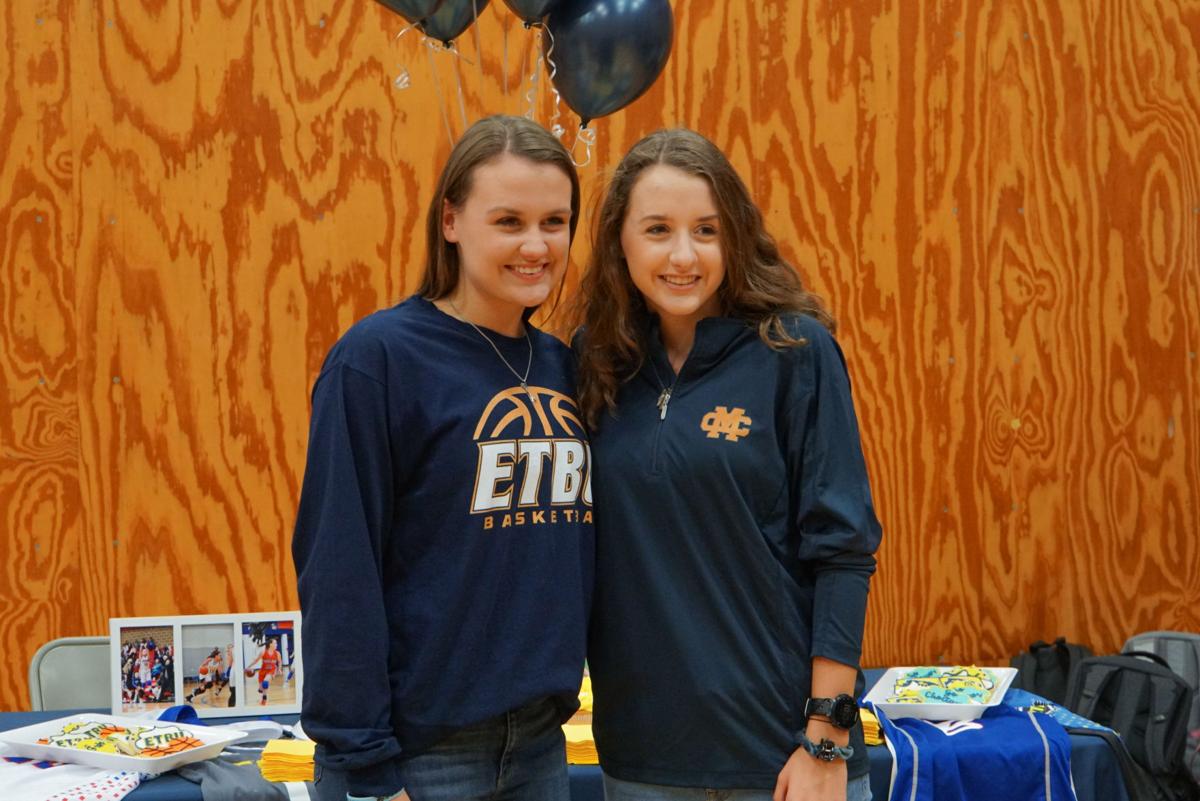 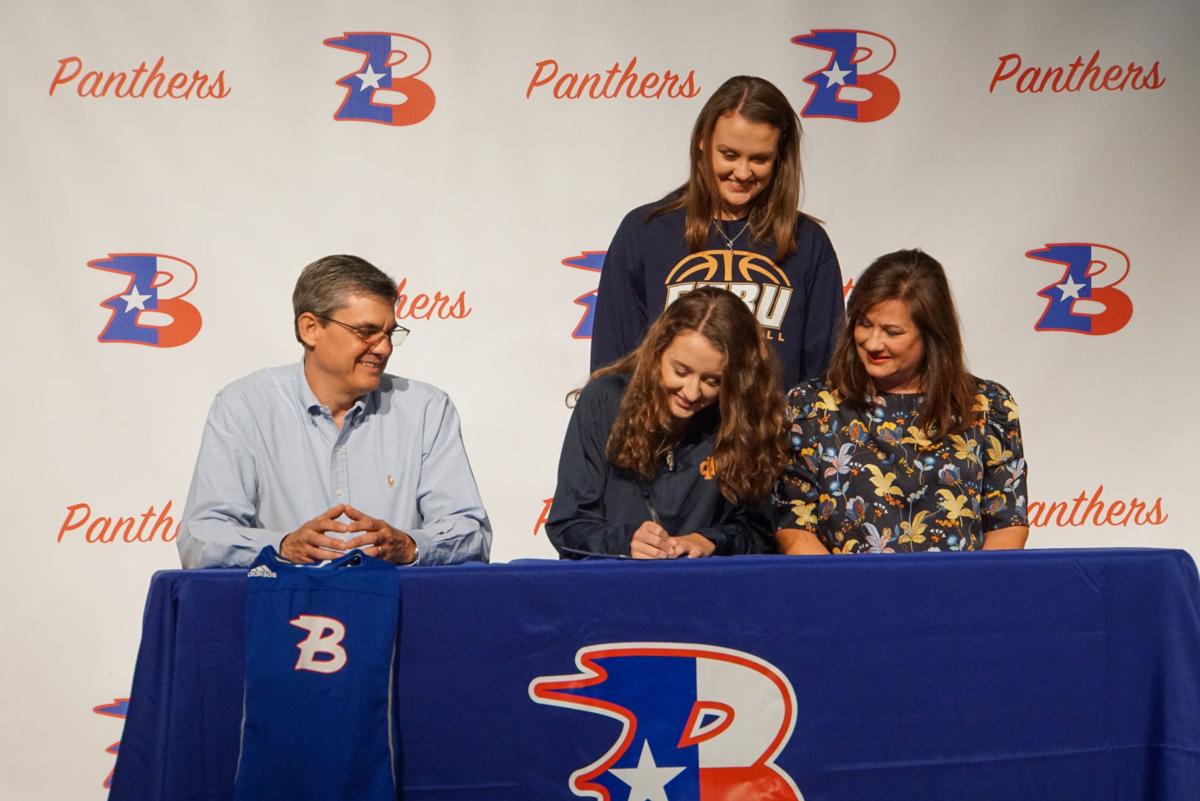 Emily Berry signs to run track and cross country for Mississippi College with her sister Erin Berry standing over her shoulder in support, and her family by her side. 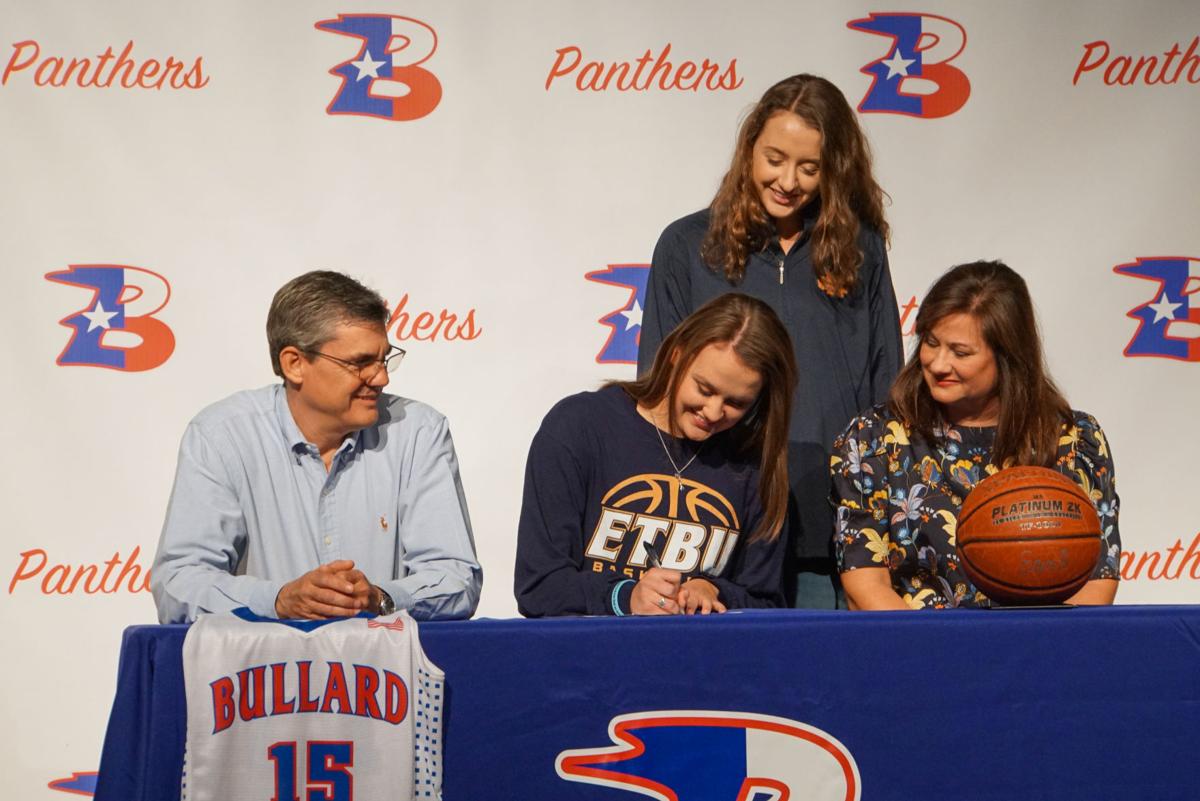 Erin Berry signs to play basketball for East Texas Baptist University with her sister Emily Berry standing over her shoulder in support and her family by her side. 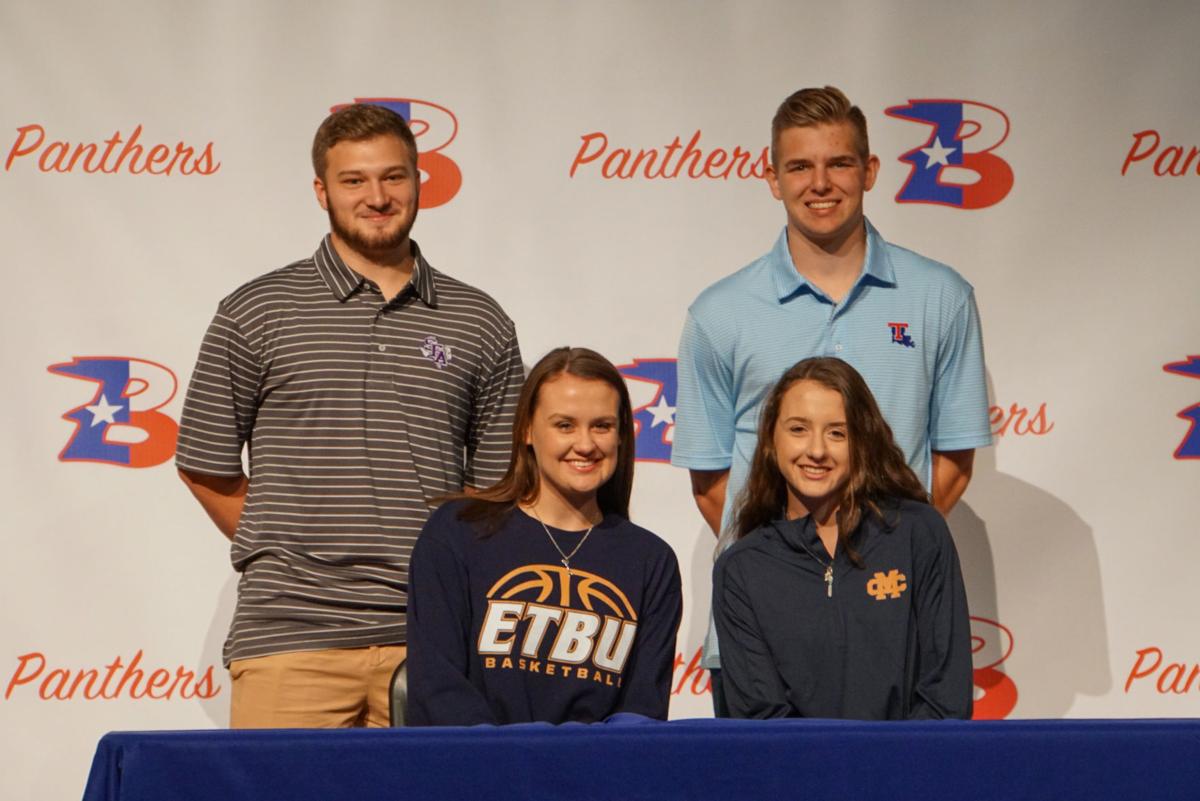 Emily Berry signs to run track and cross country for Mississippi College with her sister Erin Berry standing over her shoulder in support, and her family by her side.

Erin Berry signs to play basketball for East Texas Baptist University with her sister Emily Berry standing over her shoulder in support and her family by her side.

BULLARD — Tuesday was just another morning at the Berry household.

Well, except for the fact that senior athletes Erin and Emily were going to be signing their letters of intent to compete at the next level.

“We both woke up and walked into the half bathroom and were like, “We’re signing today!” Erin said. “It’s so surreal and so exciting.”

“I’m overly excited,” Emily said. “This is one of the best days ever.”

Erin will play basketball for East Texas Baptist University, while Emily will run track and cross country at Mississippi College.

Both girls said they chose their respective schools not only for the athletic program, but also for the Christian environment and academics.

Erin and Emily have established themselves as not only great athletic performers at Bullard High School, but also outstanding students in the classroom.

At the inaugural Best Preps Tyler event in May, Emily was chosen for the award for Outstanding Achievement in Academics thanks to her GPA of 5.3.

Erin was honored as the Best Preps Tyler award winner for girls basketball for the 2018-19 school year.

“I have both girls in class for AP government, and they thank me for teaching them every day when they walk out the door,” Bullard girls track and field coach Don Gibson said.

It was not only an exciting day for the Berry girls, but also their parents, Sheila and Bret Berry.

“I’m extremely excited and very proud,” Sheila said. “It’s a long time dream come true for them. I am proud of all of their accomplishments, both in the classroom and on the athletic court or field. They have achieved the goals they set out to do.”

“It’s a huge blessing,” Bret said. “Both of the girls have had this dream. To see it come true is really exciting for Sheila and I both.”

The Berry parents also realized they will have to get a lot of blue and gold in their wardrobe and will also spending a lot of time in the car traveling to Marshall and Clinton, Mississippi, to watch the girls compete.

Erin has established herself as one of the top 3-point shooters in East Texas and will look to take that with her to the next level.

“I feel like I can bring an encouraging attitude, a lot of energy … and some 3-point shots,” Erin said.

Along with playing basketball, Emily also runs cross country and track, and she does theater. She plays basketball with the Lone Star Magic during the offseason.

Emily is on the drill team, is an athletic trainer and is one of the top distance runners in East Texas.

Emily competed at the state track and field meet as a junior in the 3,200-meter run.

“I’m looking forward to getting to run with my new teammates and pushing myself to a new challenge at the next level,” Emily said.

“Mississippi College is getting a girl that is going to push all of the other runners,” Bullard cross country coach Shane Chambless said. “She works extremely hard to push herself, and through that, it will encourage the others to work even harder.”

Erin said she is leaning to majoring in psychology, while Emily will pursue a degree in kinesiology.