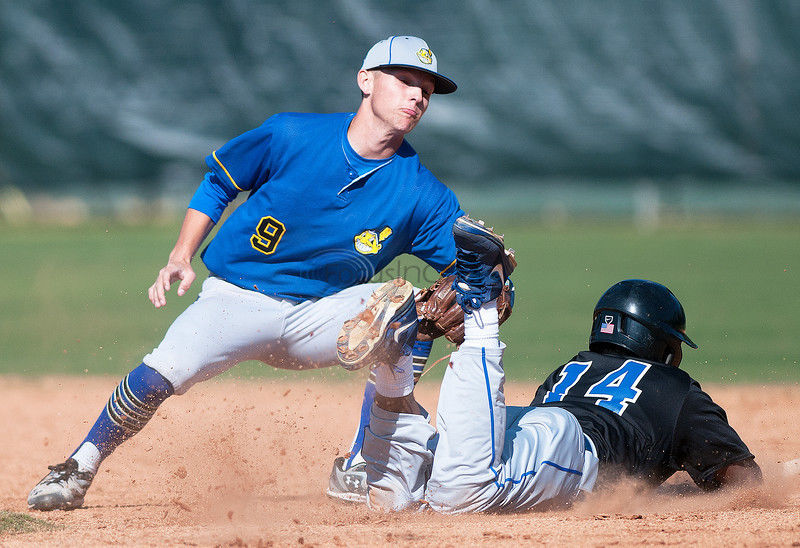 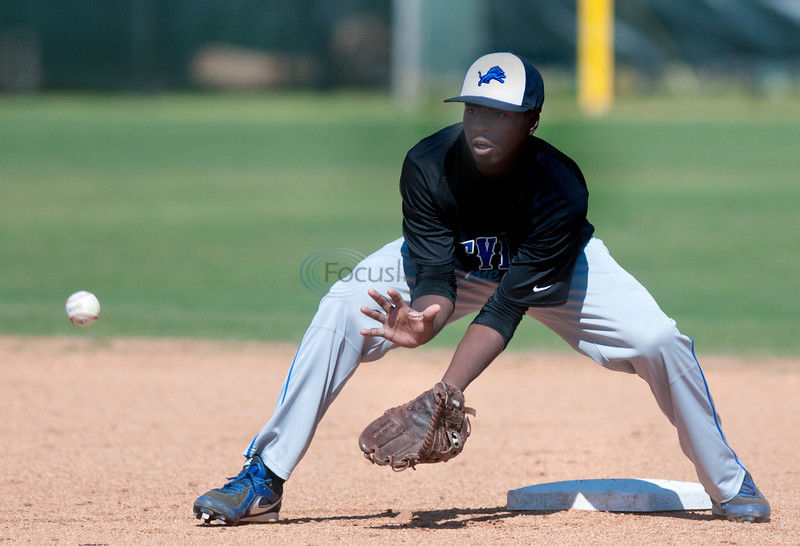 John Tyler shortstop Josh Parker fields a grounder and gets the out at first against Jacksonville in the third inning Tuesday afternoon at Mike Carter Field. (Herb Nygren Jr. | Tyler Morning Telegraph)

John Tyler shortstop Josh Parker fields a grounder and gets the out at first against Jacksonville in the third inning Tuesday afternoon at Mike Carter Field. (Herb Nygren Jr. | Tyler Morning Telegraph)

In a game in which Jacksonville out-hit John Tyler by one, two big innings proved more indicative of the final score.

The Indians scored six in the third and five in the fifth to put away the Lions 11-0 in five innings on Tuesday at Mike Carter Field.

Chris Holcomb supplied the impetus for the Indians with a bases-clearing, three-run triple that flew over the left fielder's head and to the wall in the third. The game-changer came after Michael Sexton drew a walk to score the first run of the game as part of a six-run frame that featured three JT errors.

Mason Smith threw five shutout innings, striking out seven and walking none. Smith threw 45 of his 55 pitches for strikes while allowing five hits.

John Tyler threatened to take the lead in the second when Wilson and Holmes put together back-to-back singles, but a base running mistake ended the inning.

Wilson took the loss on the mound, allowing 11 runs on six hits and five errors. He struck out two, walked four and hit two batters.

Holcomb finished the day 2 for 3 with three RBIs and two runs scored for the Indians. Smith was 2 for 4 while Sexton, Guadalupe Muniz and Jacob Tucker scored two runs apiece. No. 9 hitter Braden Horn supplied a two-run double in the fifth that put the Indians up 11-0 before LD Johnson came on in relief to record the final two outs of the five-run inning.

NEXT UP — Lindale at Jacksonville, 7 p.m. Thursday; John Tyler at Nacogdoches, 7 p.m. Friday.