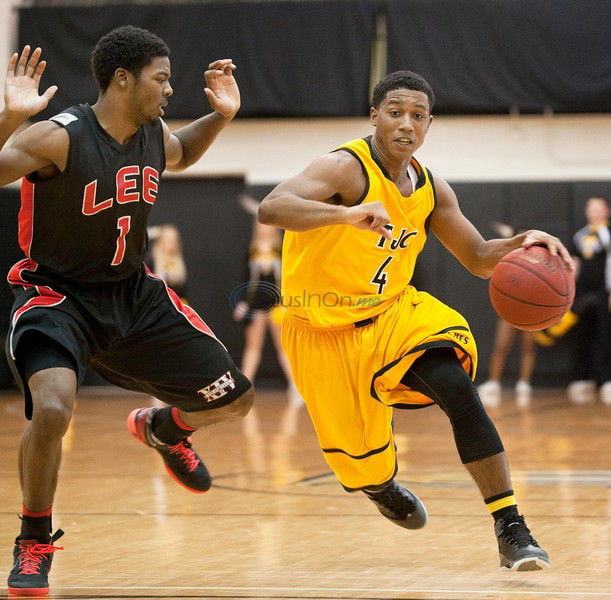 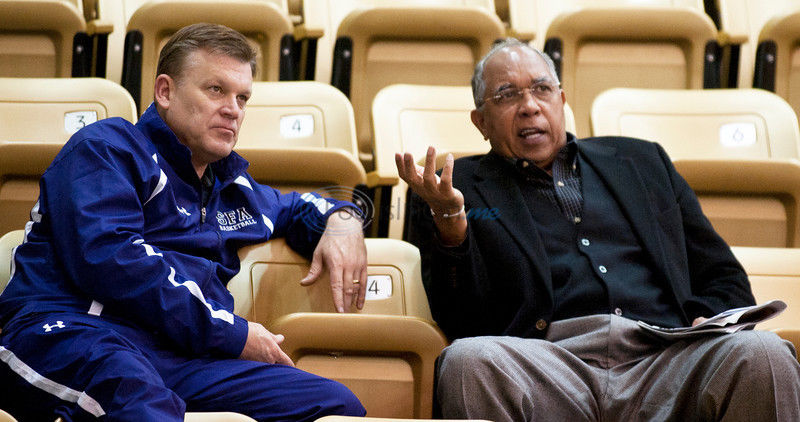 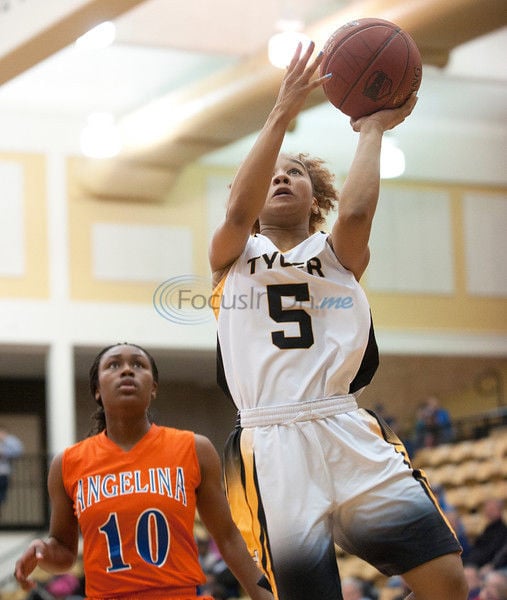 The Great East Texas Shootout begins today in Brownsboro, but Wagstaff Gymnasium had a couple of barnburners of its own Wednesday night.

In the nightcap, the Apaches rallied to tie the game late, but could not overcome a Lee College squad that was living at the free throw line and fell 94-91. The audience included Texas Tech coach Tubby Smith and Stephen F. Austin coach Brad Underwood.

In the first contest, the No. 17 Tyler Junior College Apache Ladies, led by a trio of guards Malena Washington, Shernise Robertson and Victoria Kimokai, continued their resurgence from last year's disappointment with a stellar 100-63 victory over Angelina College.

TJC started slow, but the Apache Ladies quickly heated up when coach Trenia Tillis-Jones went to a four-guard lineup.

The move worked as TJC went on a 16-0 run and the Apache Ladies cruised from there to register 100 points, their fourth game in which they have scored 100 or more points this season.

"I felt like we were playing in mud and when you are playing in mud what we did was we took the big wings off the floor and put all three little bitties (guards Washington, Robertson and Kimokai) in the game," Tillis-Jones said. "They have so much fire and hustle that when you put them in together it's like a bed of ants — like fire ants, it's dangerous.

"They have energy, plus passion and that's what you want."

Joining the trio of guards in double-figure scoring was Caitlyn Ramirez with 10 points.

Tillis-Jones also said her Apache Ladies played better defense in the second half, limiting the Lady Roadrunners to 27 points.

The Apache Ladies return to play on Monday, traveling to Cisco to meet the Lady Wranglers in a non-conference game. The contest, which is scheduled for a 4:30 p.m. tip, was originally scheduled for Nov. 25, but inclement weather forced the postponement.

After the Cisco game, the Apache Ladies take their Christmas break.

It was a foul-fest in the second game as the Rebels connected on 44 of 56 free throw attempts, while the Apaches swished 20 of 33.

With a minute left, Trahson Burrell, who has given an oral commitment to the University of Memphis, connected on a free throw as the Rebels took an 88-87 advantage.

The Apaches ran a play that freed Shaw on a free throw jumper, but the ball didn't fall with 43.8 to go.

Lee, who was without its head coach Roy Champagne (his mother was ill), connected on 6 of 8 free throw attempts down the stretch to ice the game.

Shaw led the Apaches with 23 points, while Todd Eaglin (17) and Faith Pope (13) were right behind.

Burrell paced the Rebels with 40 points, including 15 of 17 at the charity stripe.

The Apaches will now take their Christmas break.

"If you would have told me we would have been 2-2 at the break after losing Dale Jones (knee injury) and DeAndre Harris (decided to sign with North Texas), who are two the five best players in the league, I would have wondered," TJC coach Mike Marquis said.

"We were disappointed with the loss tonight, but not the effort."

Marquis was complimentary of his eight freshmen as well as the two sophomores — Eaglin and forward Jon Alexander, who played despite an ankle injury.

The Apaches return to play on Dec. 31 with a 2 p.m. non-conference game against Houston Community College at Wagstaff Gymnasium.