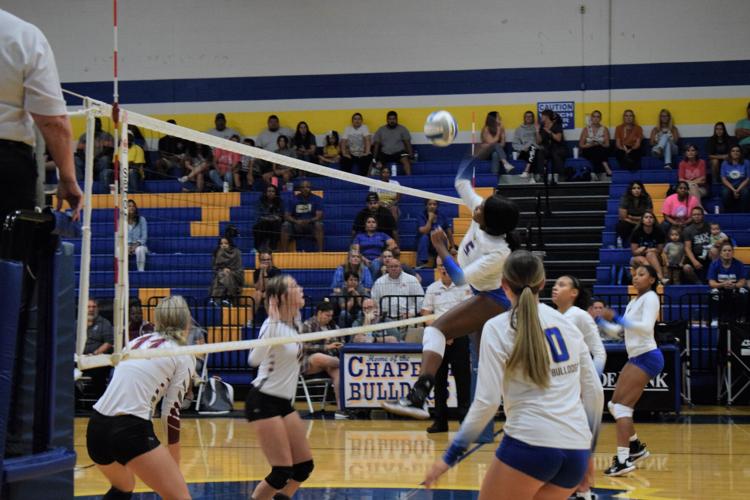 Chapel Hill’s Kiyah Minor goes for the kill against Arp on Tuesday. 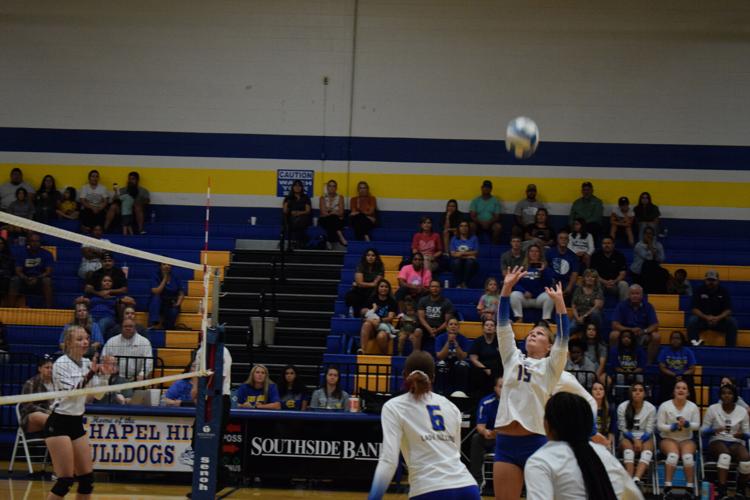 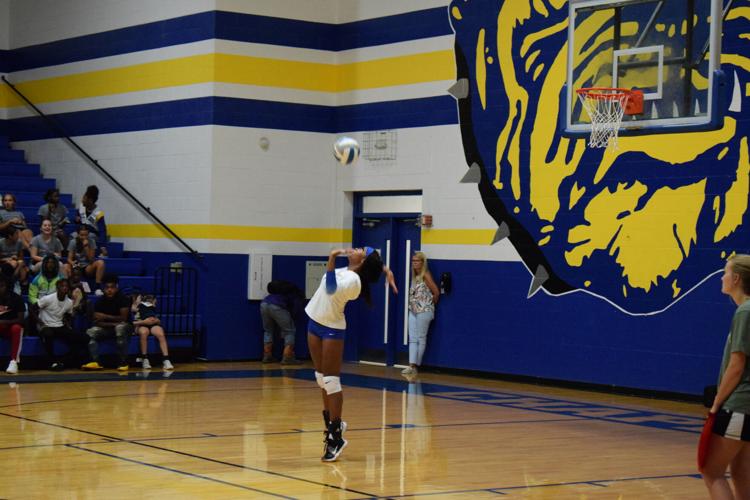 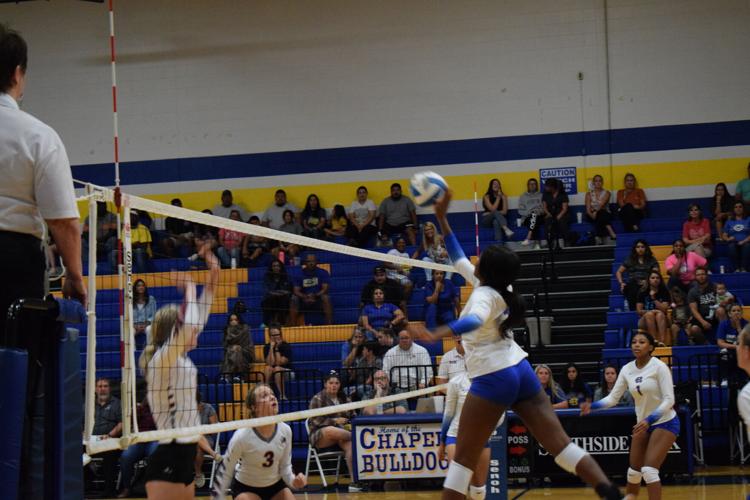 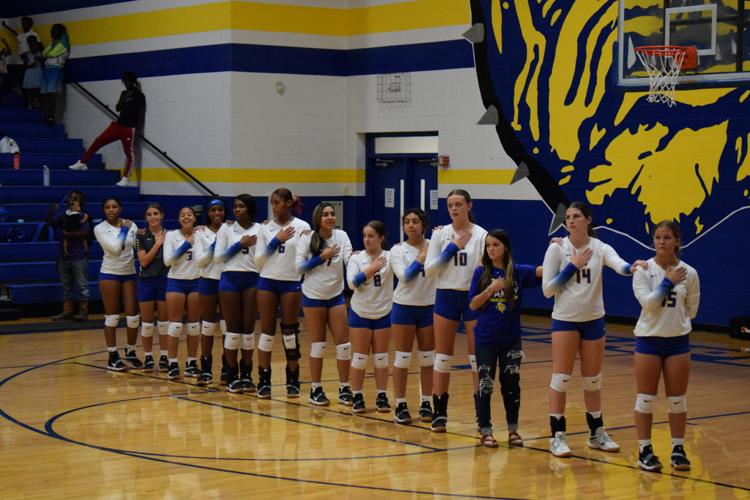 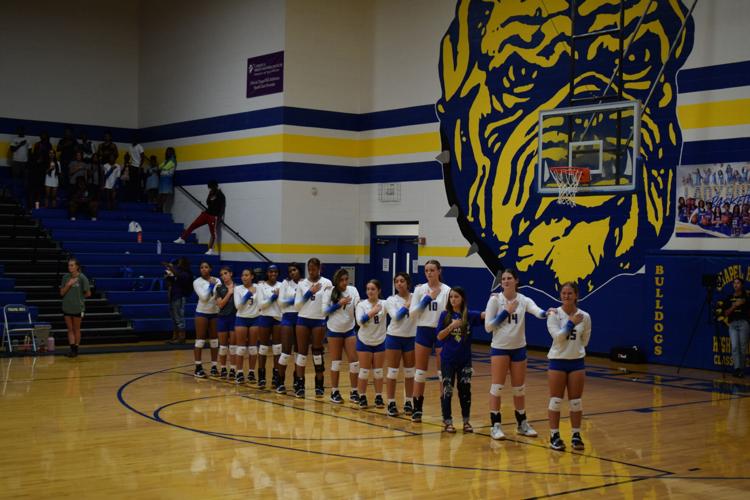 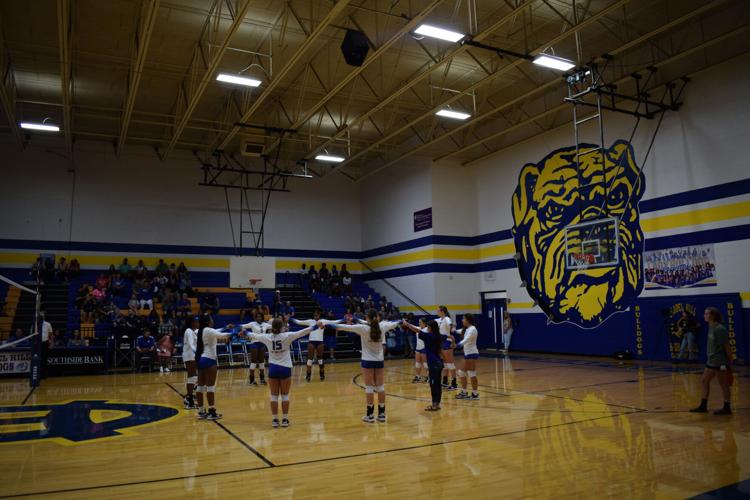 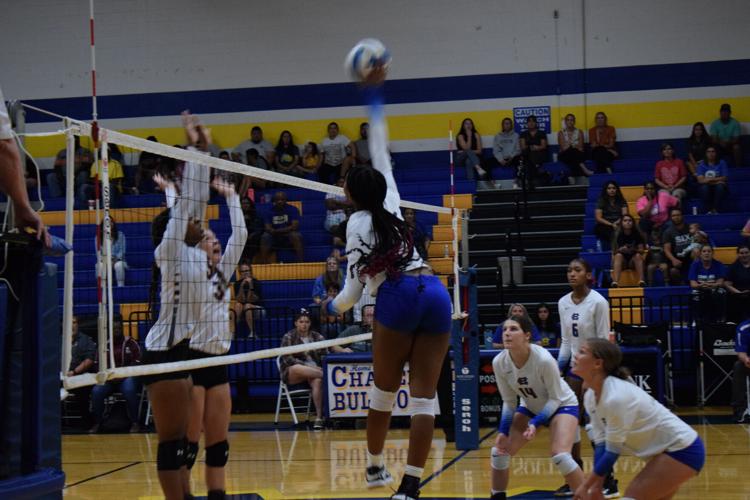 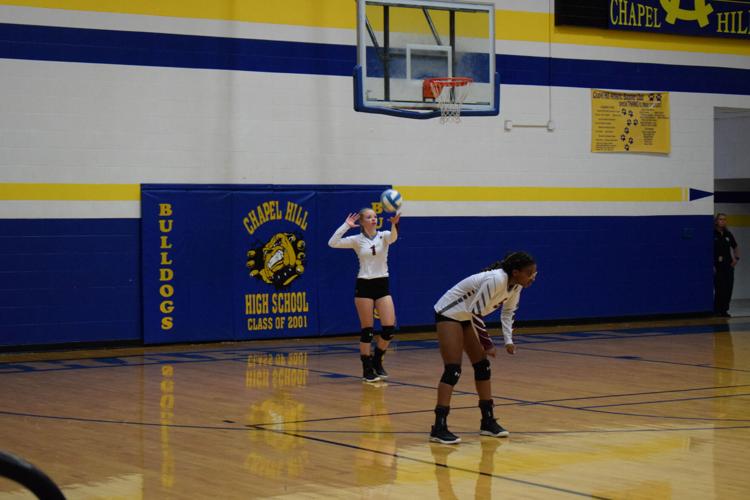 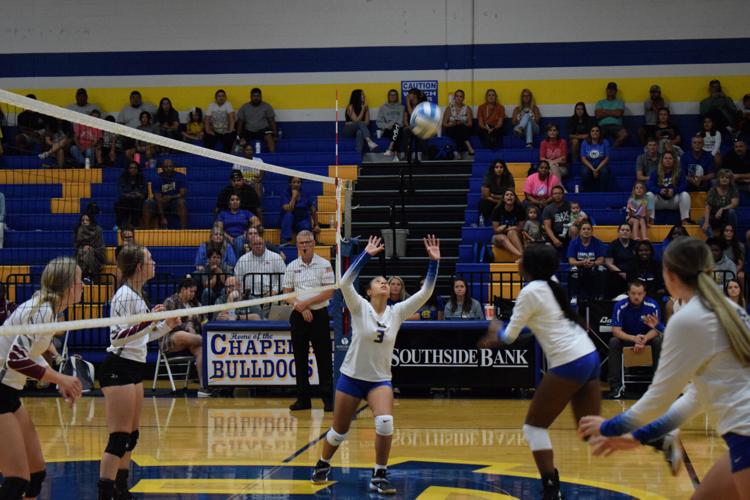 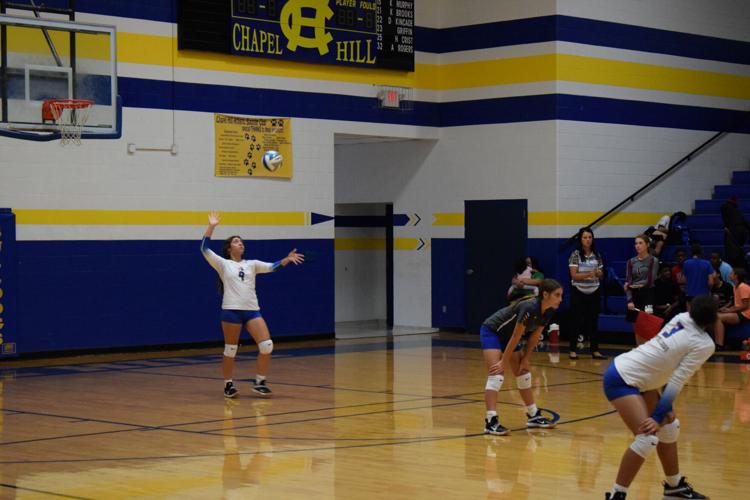 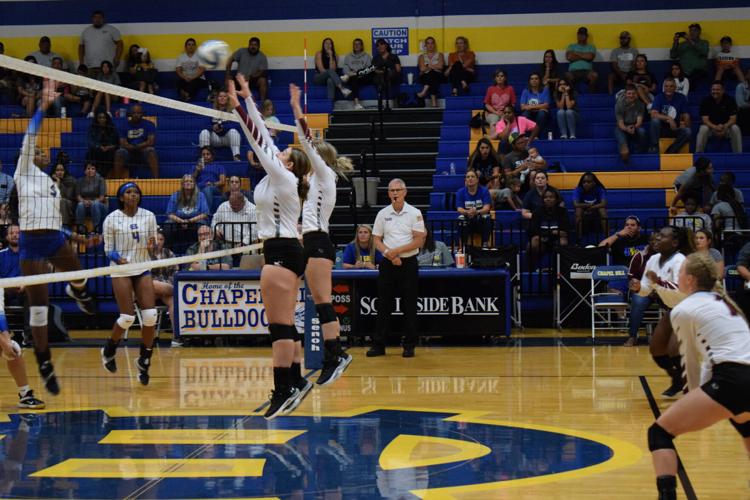 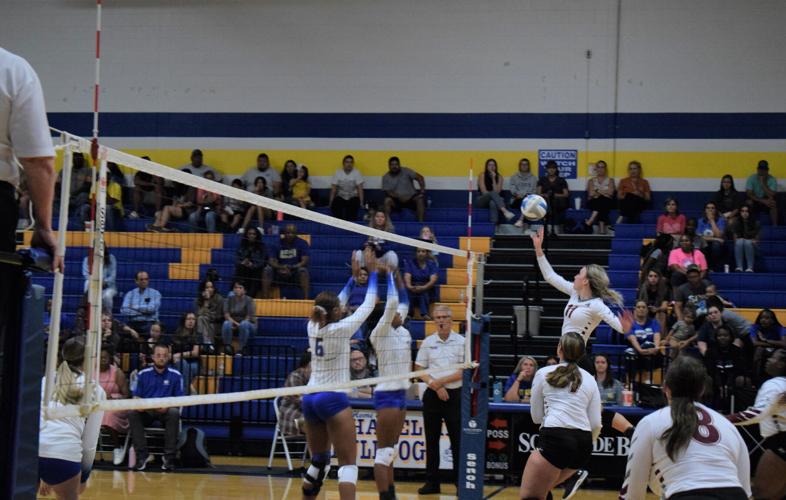 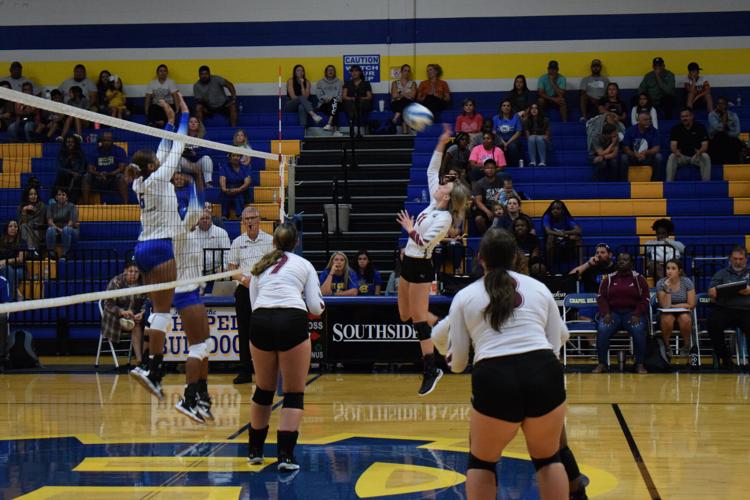 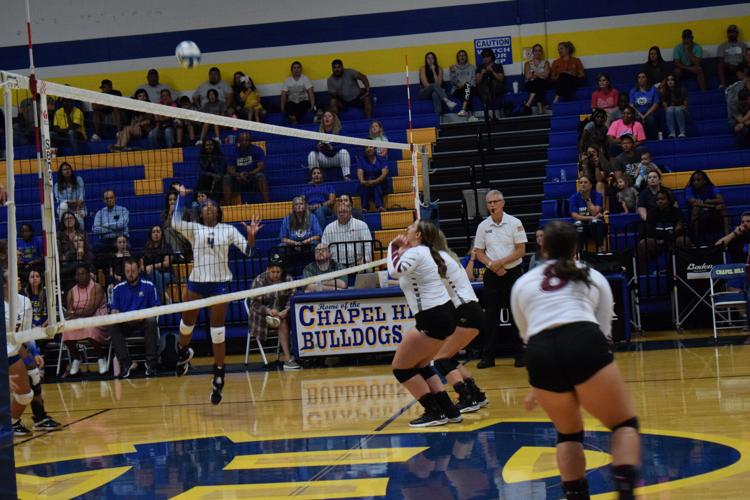 Chapel Hill’s Kiyah Minor goes for the kill against Arp on Tuesday.

NEW CHAPEL HILL — Chapel Hill and Arp treated fans to a show at Bulldog Gymnasium for the opening match of the high school volleyball season on Tuesday night.

Chapel Hill took the first two sets before Arp rallied in sets three and four to force a fifth and decisive set.

In the second set, Chapel Hill jumped ahead 6-3 early, but Arp stormed back to take an 11-10 lead. It was tied at 21 late when Chapel Hill scored four straight points behind the serving of Leanna Morin as Landry Binning’s kill sealed the victory in the set.

Arp led 12-8 in the third set before closing on a 13-2 run. The fourth set was back and forth, tied at 19 late. After Arp took a 21-19 lead, Chapel Hill went ahead 22-21 behind the serving of Skye Figueroa. Arp then scored three straight points. After Chapel Hill cut it to 24-23, Arp got a kill by Birdsong on an assist by Kyia Horton to force a fifth set.

In the final set, Chapel Hill scored first before Arp went on a 6-0 run behind the serving of Addison Carpenter. Chapel Hill came back with five straight points to tie the score. The Lady Tigers scored four straight before a 5-1 run by the Lady Bulldogs tied the score at 11 before the match-closing points.

Chapel Hill will play Willis, Waskom and Forney at Tyler Legacy High School beginning at 2 p.m. for the Tyler ISD Invitational. Arp will play Shelbyville, Central Heights and Center on Thursday in the Central Heights Classic.