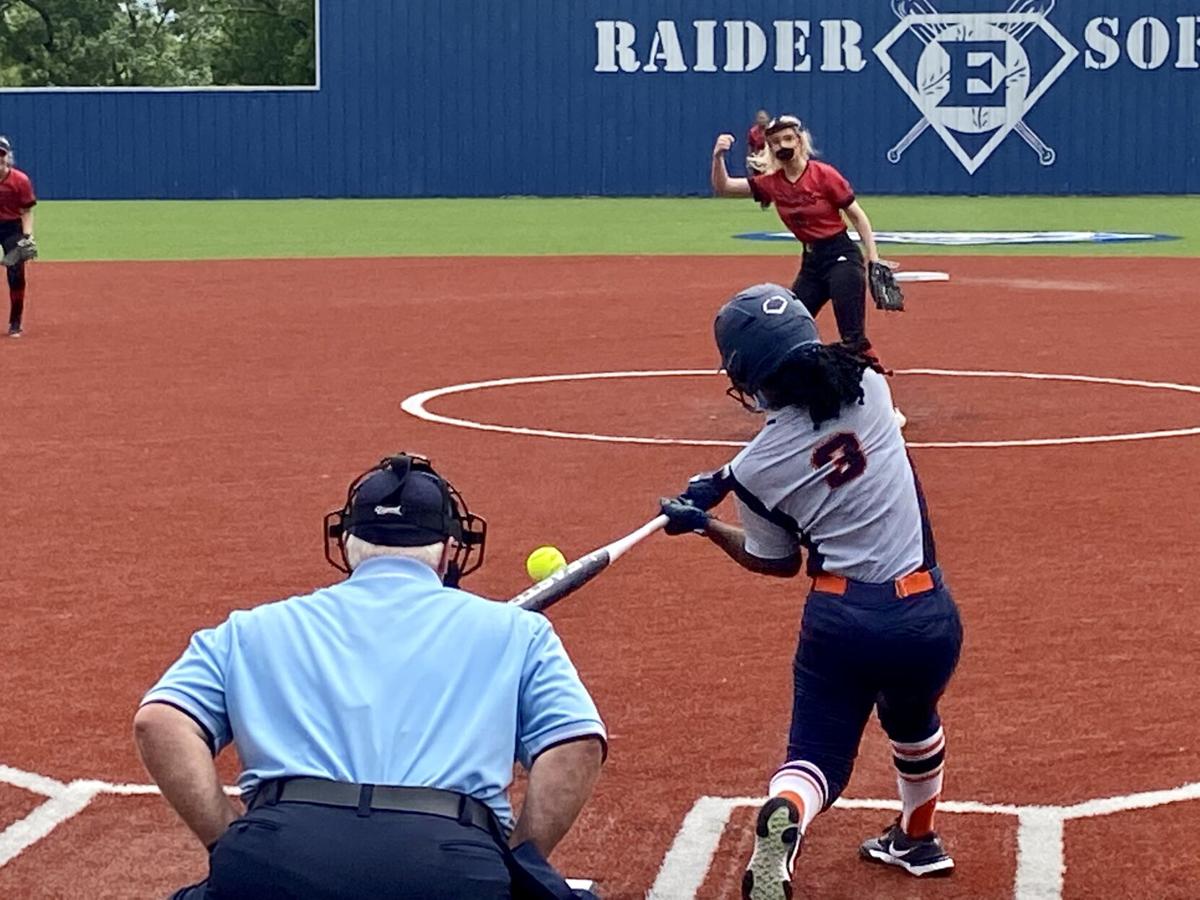 Sachse’s Nevaeh Watkins fouls off a pitch by Legacy’s Bonnye Bunn in the first inning Saturday afternoon at Wylie East High School. Bunn struck out Watkins in the at-bat. 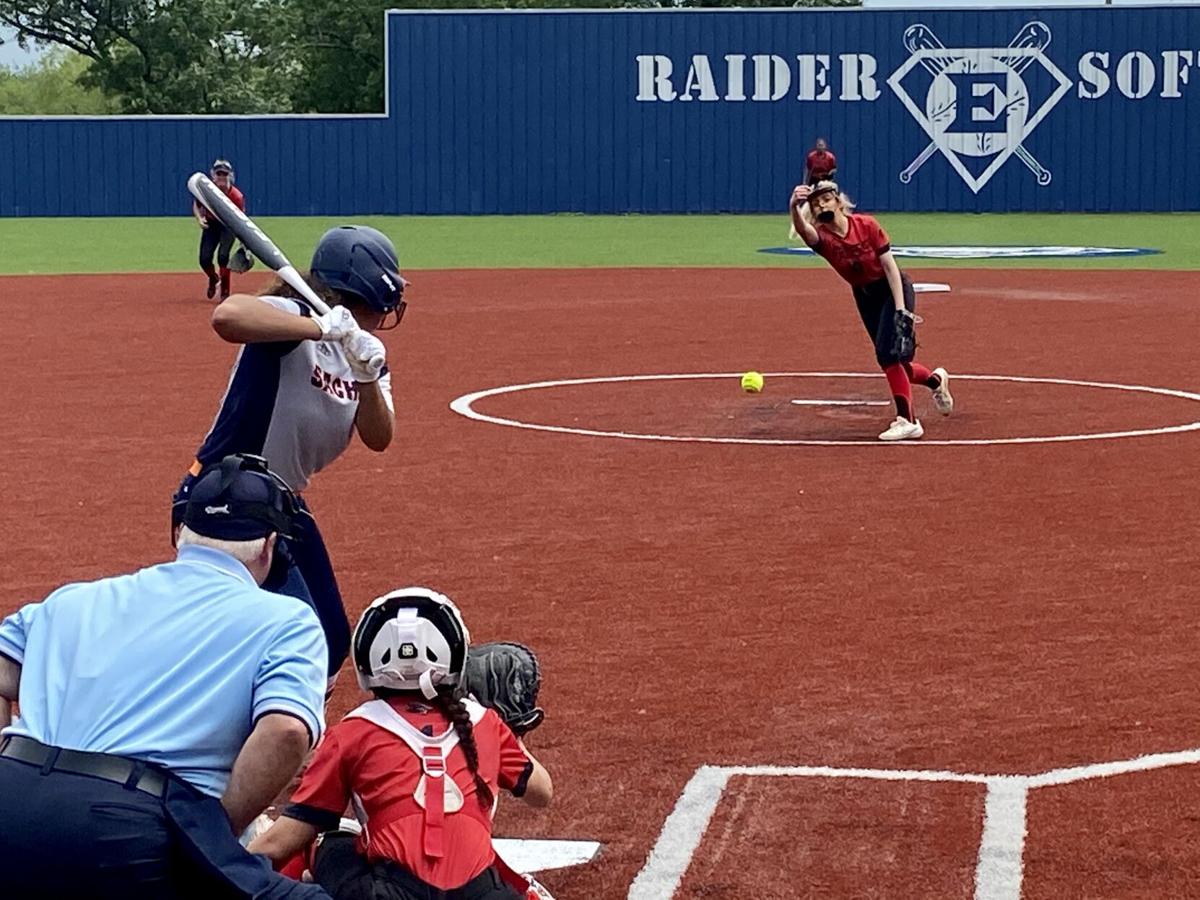 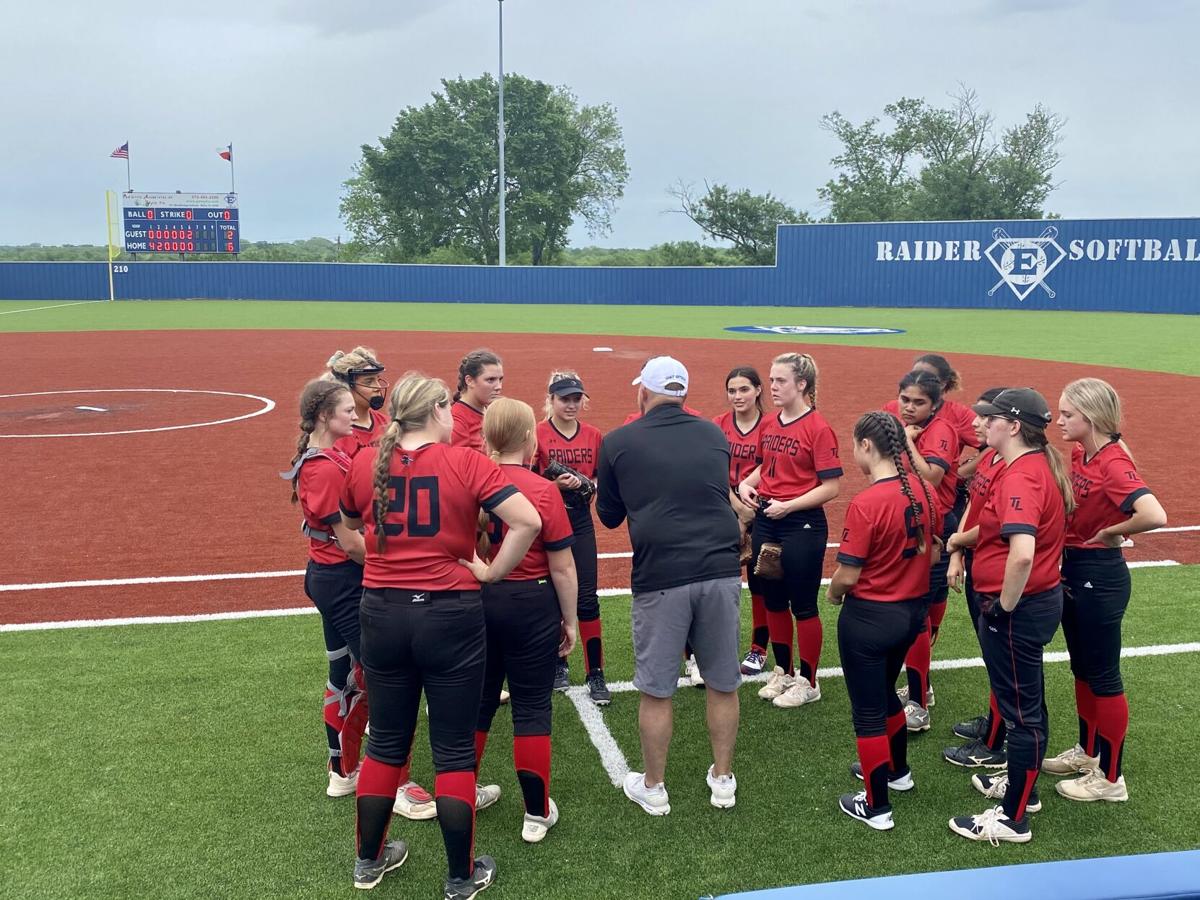 Sachse’s Nevaeh Watkins fouls off a pitch by Legacy’s Bonnye Bunn in the first inning Saturday afternoon at Wylie East High School. Bunn struck out Watkins in the at-bat.

WYLIE — Tyler Legacy’s historic softball season came to an end on Saturday with a 6-2 loss to Garland Sachse in Game 2 of a bi-district playoff series at Wylie East High School.

“We made history,” Legacy head coach Justin Kniffen said. “That’s what I told them. That will never be taken away from them. We made school history, and we made our school proud, and I feel like we made our administration proud. I know they made me proud. That’s one thing that will never be taken away from us is the history we made this year. I just want them to think about that positive. You never want to end on a loss, but that’s something to be very proud of.”

Legacy finished with a program-record 19 wins and advanced to the playoffs for the first time since 2015.

Sachse jumped out to a 4-0 lead in the bottom of the first inning. Madison McClarity hit her 12th home run of the season, a two-run shot over the tall wall in center field. Kayla Olthouse hit an RBI triple and then scored on a wild pitch.

“It’s the big inning that got us,” Kniffen said. “It reared its ugly head again.

“After that inning, Bonnye (Bunn) settled down, and we kept fighting and competing. Bonnye still threw well that inning. And we never quit, but that’s a really good softball team that we faced.”

Sachse scored two more runs in the second inning as Nevaeh had an RBi groundout and McClarity had an RBI double. From there, Bunn held Sachse to just one hit and only two baserunners the rest of the way. Watkins walked with two outs in the fourth, and Nya Brown singled, but Maddie Flanery made a play at shortstop for the final out on a hard hit ball by McClarity.

McClarity started in the circle for Sachse . She allowed two runs on three hits with six strikeouts and one walk in six innings. Olthouse, who started Friday night’s game, pitched a perfect seventh inning and had two strikeouts.

Kylee Tapia and Brooke Davis singled in the first two innings for the Lady Raiders. In the sixth inning, Samira Matlock reached on an error, and Gabi Escandon came around to score. Matlock then scored on an RBI double by Reese Neely.

On Friday night, the opening game of the series was originally scheduled to start at 6 p.m. at Faulkner Park and was then moved to Whitehouse for an 8 p.m. start. But after Texas High forced a Game 3 against Huntsville, Legacy’s game against Sachse didn’t get started until 10:28 p.m.

Legacy pitcher Presley Johnston retired the first eight batters she faced. Rylie Clam drew a two-out walk in the top of the third, and Watkins followed with an RBI double to break up the no-hitter and the shutout. A two-out error extended the inning and scored another run before Kelsea Flores delivered a two-out triple to push the score to 4-0.

That score remained the same until the top of the seventh inning when the Lady Mustangs added five more runs. McClarity had an RBI double, and Kayla Olthouse had a two-run triple and scored on an errant throw to third.

Olthouse also had a big night in the pitching circle for Sachse. Olthouse struck out 14 batters with no walks in the one-hit shutout.

Maddie Carrillo got the lone hit for the Lady Raiders with one out in the third inning. Olthouse followed that with six consecutive strikeouts.

Legacy (19-10) returns every player from its roster next season, including three freshmen starters — Tapia, Neely and Mallory Kniffen.