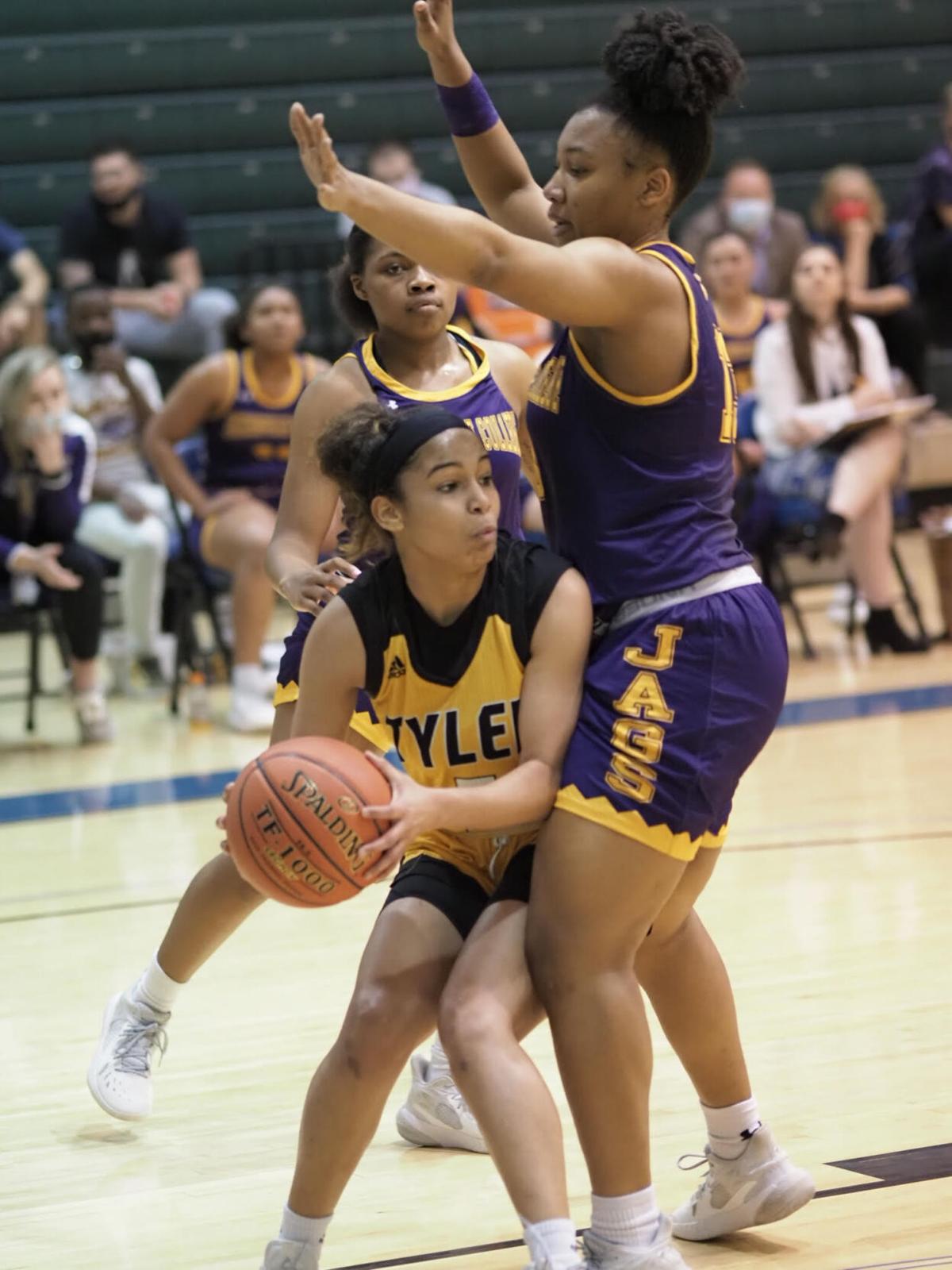 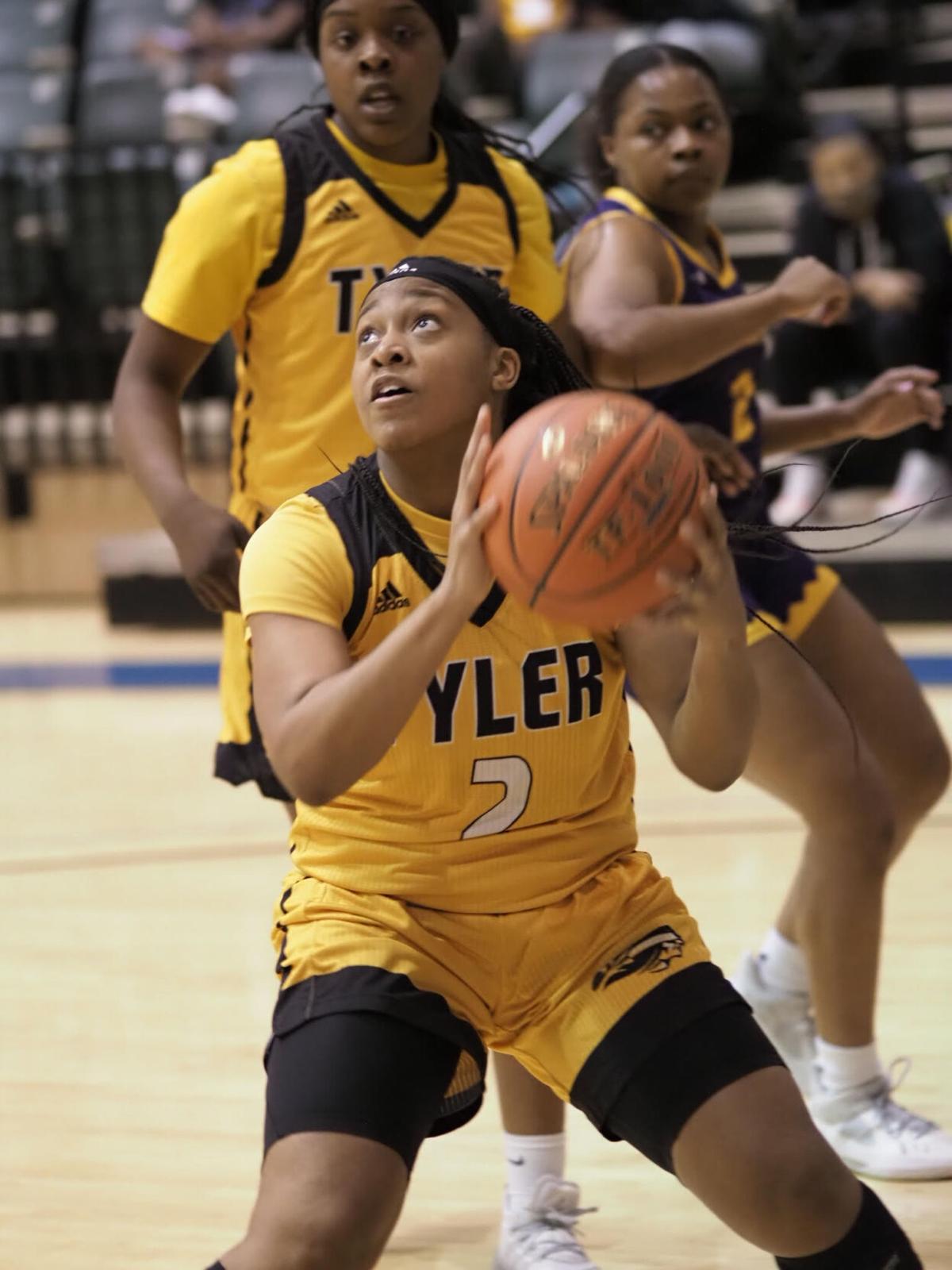 Tyler Junior College did just that as the No. 2 seeded squad defeated the No. 7 Jacksonville College Lady Jaguars 99-63 in the Region XIV Women’s Basketball Tournament quarterfinals on Wednesday at John Alexander Gymnasium.

TJC advances to the semifinals to play either Blinn or Paris at 3 p.m. Friday.

Trinity Valley had a huge second quarter, outscoring the Lady Cavaliers 28-6, en route to the big win. Other double-figure scorings for the Lady Cards were Taiyanna Jackson (13), Mailyn Wilkerson (17) and Alexis Brown (11).

Faith Robinson led the Lady Cavs with 20 points and 13 rebounds.

Fuel was added to the fire of the Panola-Kilgore rivalry as the Fillies edged the Lady Rangers 79-77 in an intense quarterfinal.

The game was tight throughout with a controversial ending when KC coach Addie Lees did not receive a timeout she said she requested with about two seconds remaining.

The game was tied eight times and there were nine lead changes. Panola led at halftime 50-41, but the Lady Rangers took the lead 64-61 heading into the final period.

Jada Hood led Kilgore with 23 points. She connected on 13 of 16 free throw attempts. The Lady Rangers were 21 of 28 at the line. Other KC players in double-digit scoring were Kerrighan Dunn (16), Vianey Galvan (14) and Rahmena Henderson (14).

Destiny Burton had a double-double for the Fillies with 14 points and 11 rebounds. She added four blocks.

All games are being held in the Jacksonville ISD’s John Alexander Gymnasium (811 Farnsworth St.), named after the longtime legendary JHS coach.

Tickets are available on sale at https://www.jacksonville-college.edu/region-xiv-championship-tournament via the school website.

All games are scheduled for John Alexander Gymnasium, 811 Farnsworth St., in Jacksonville.

Please note that in accordance with Jacksonville ISD, the CDC, and Region XIV COVID-19 guidelines including masking, capacity guidelines, and social distancing will be observed during the Region XIV NJCAA Basketball Tournament.