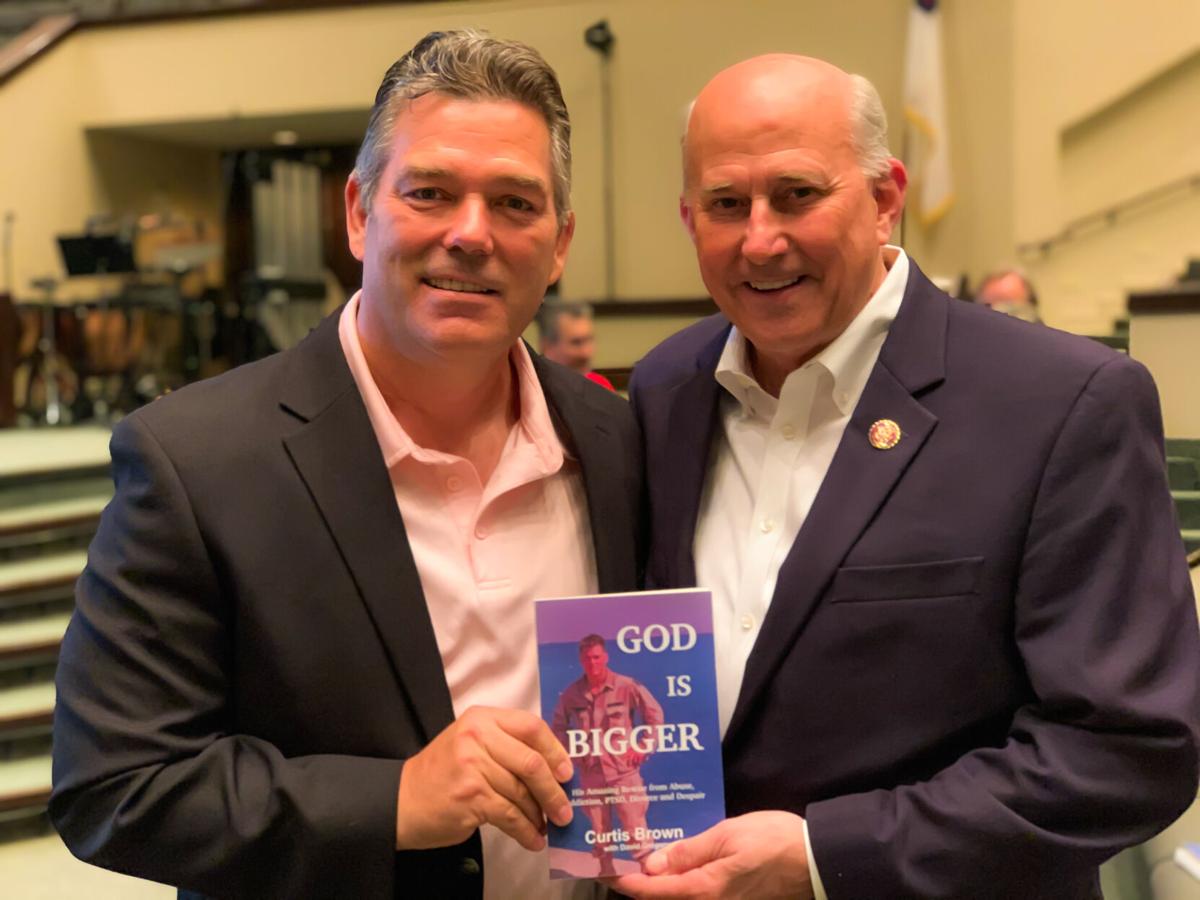 Curtis Brown (left) is the author of the book “God is Bigger,” which discusses his journey of abuse, addiction, post-traumatic stress disorder, divorce and despair. Brown interviewed U.S. Congressman Louie Gohmert (right) on Friday for his YouTube series, Beyond the Battlefield, at Green Acres Baptist Church in Tyler. 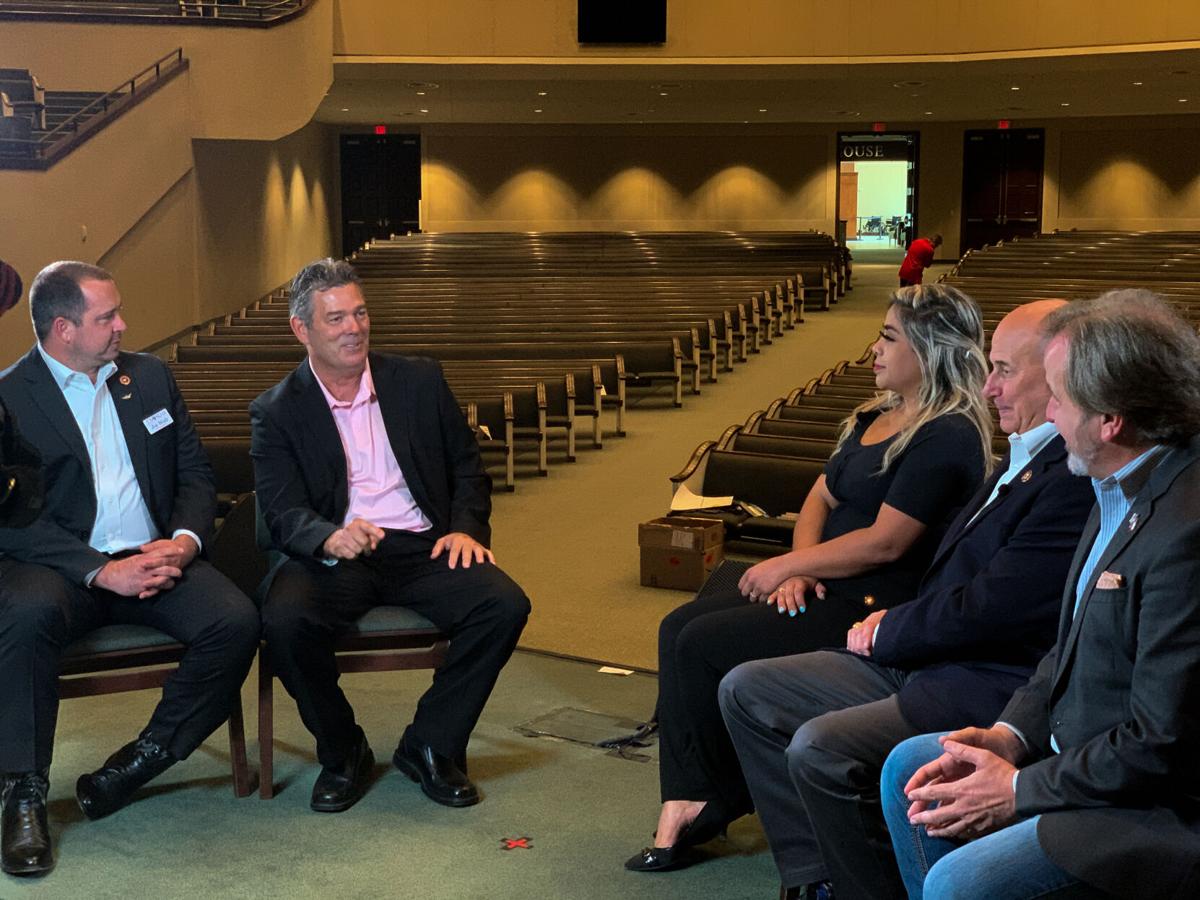 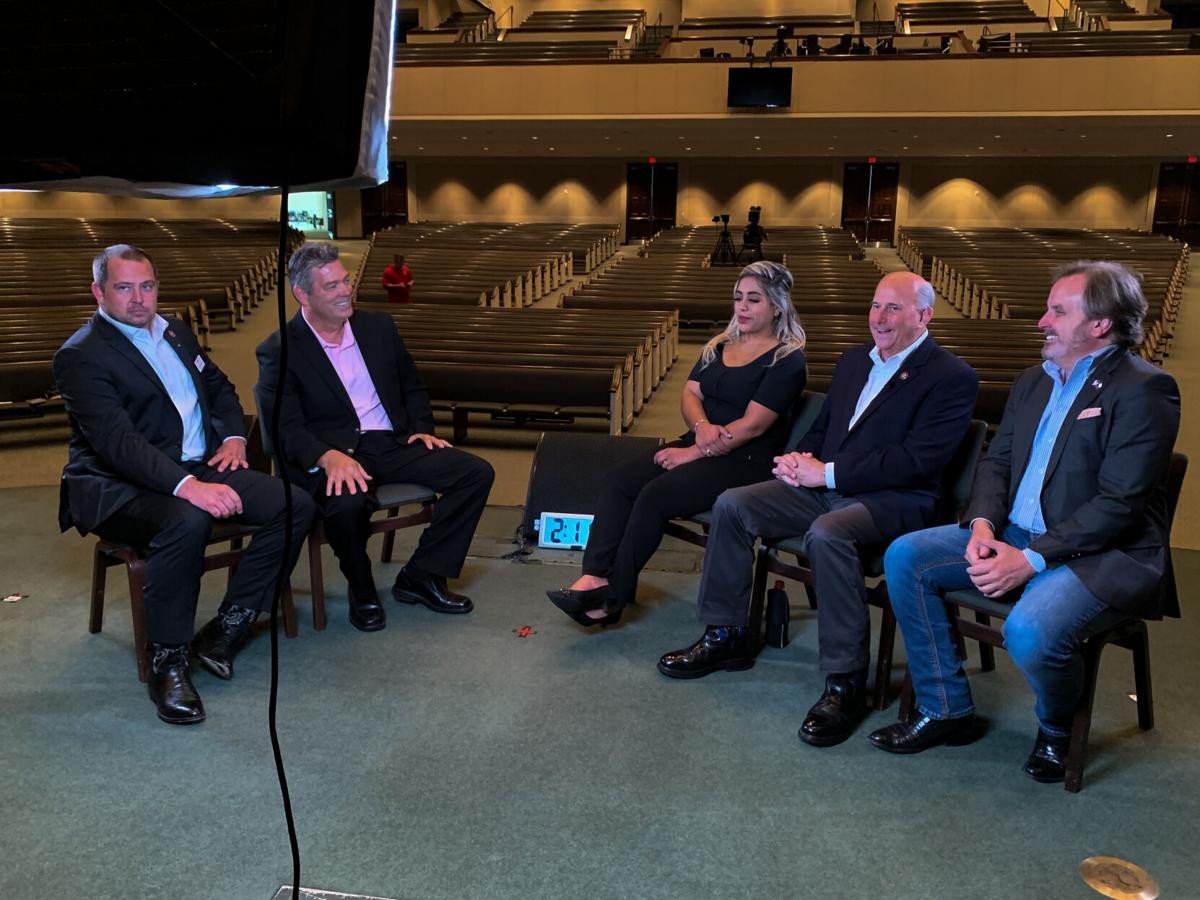 Curtis Brown (left) is the author of the book “God is Bigger,” which discusses his journey of abuse, addiction, post-traumatic stress disorder, divorce and despair. Brown interviewed U.S. Congressman Louie Gohmert (right) on Friday for his YouTube series, Beyond the Battlefield, at Green Acres Baptist Church in Tyler.

Veterans advocate Curtis Brown is a survivor of abuse, addiction and post-traumatic stress disorder, and he’s on a mission to help fellow veterans by collaborating with legislators and sharing his message.

Brown wrote the book “God is Bigger,” which discusses his journey of abuse, addiction, post-traumatic stress disorder, divorce and despair.

On Friday, Brown came together with Gohmert and State Sen. Bryan Hughes at Green Acres Baptist Church in Tyler to discuss PTSD and how to improve the lives of veterans on Brown’s YouTube series, Beyond the Battlefield.

For his YouTube channel, Brown films people discussing their battles and gives hope to overcome those problems.

Brown said he overcame constant abuse while growing up in an alcoholic home as well as PTSD and addiction after serving in the Army as an armor mechanic during the Persian Gulf War in Iraq and Kuwait.

He said the drugs take away people’s ability to reason leading to poor choices and becoming suicidal. He believes there are other ways to treat PTSD aside from opioids.

“Given the proper care, a person can heal,” Brown said. “I’m a firm believer in that.”

After overcoming his struggles through faith, Brown created the Curtis Brown Foundation, which is dedicated to helping veterans move forward from PTSD and addiction.

He also hosts a radio show, “Battlefield Connections,” on KKHT FM 100.7 out of Houston to share the stories of leaders and ordinary people overcoming obstacles.

Gohmert said he met Brown when he was still struggling with PTSD and in need of help. Brown has been able to overcome great challenges.

“He is quite an inspiration for people that have PTSD,” Gohmert said. “God has used him in a powerful way to help others.”

Gohmert said the VA system has seen changes for the better, and he’s noticed some constituents telling him things are improving.

“We’re seeing improvement in that regard,” Gohmert said. “To me, it’s a matter of self-preservation.”

Gohmert explained a country cannot be viable if it does not help the veterans who protect people’s freedoms. He added those wanting to help veterans should reach out to their local county veteran officials who can share resources to help.

As his book is titled, Brown said he learned that “God is bigger.” For him, the healing process began in the church.

“It is the thing that encouraged me and inspired me,” Brown said. “Without faith, you’re hopeless.”

He said the pain and obstacles he faced prepared him to help others.

“The prize without the process is invalid,” Brown said.

“But the day of the Lord will come like a thief. The heavens will disappear with a roar; the elements will be destroyed by fire, and the earth and everything done in it will be laid bare.” (2 Peter 3:10)