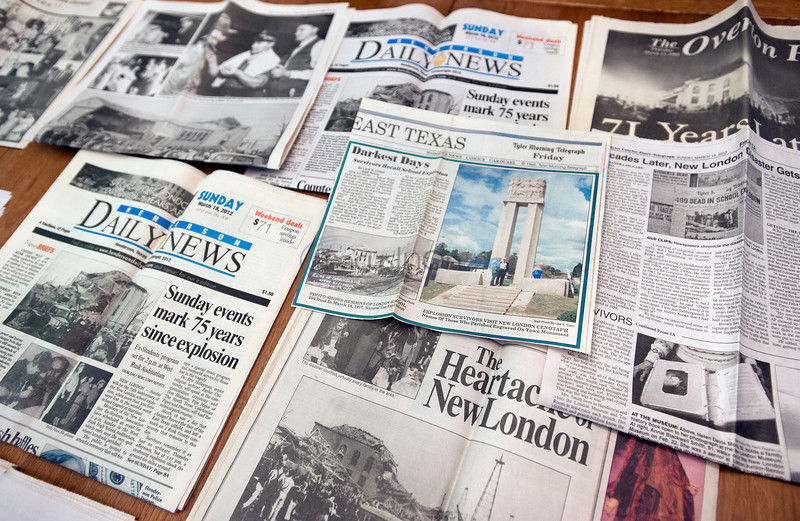 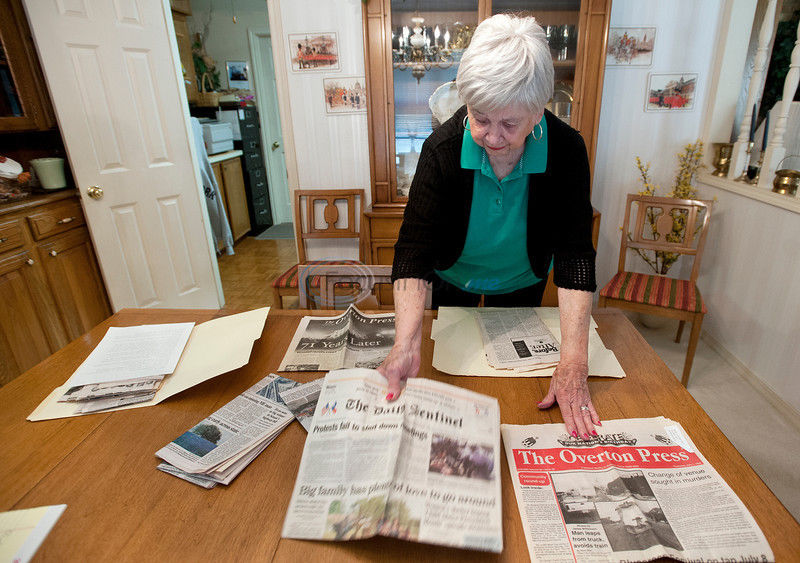 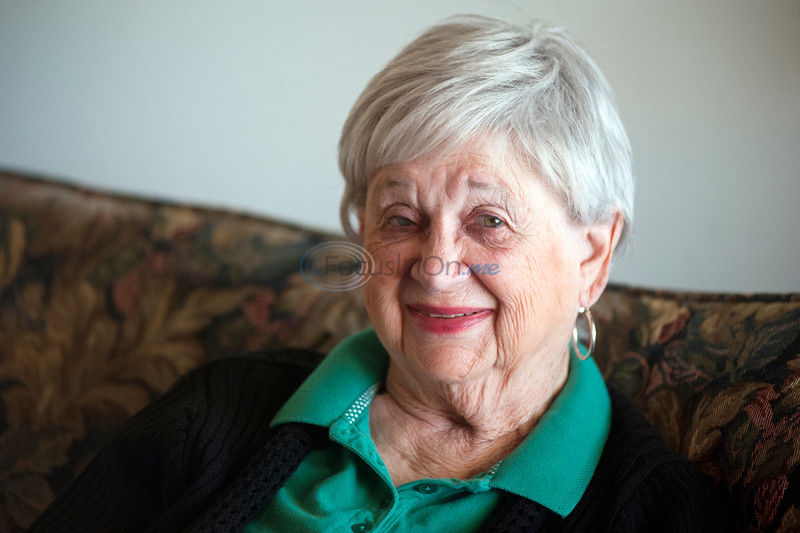 photo by Sarah A. Miller/Tyler Morning Telegraph Mary Lou Taylor of Jacksonville is a survivor of the New London School explosion of March 18, 1937. She was 12 at the time.

photo by Sarah A. Miller/Tyler Morning Telegraph Mary Lou Taylor of Jacksonville is a survivor of the New London School explosion of March 18, 1937. She was 12 at the time.

Seventy-seven years ago, Mary Louise Taylor was sitting in her seventh-grade math class waiting for the release bell when her school suddenly and violently exploded in the quiet Rusk County oil-boom town of New London.

At 3:17 p.m. on March 18, 1937, a mere 12 minutes before school was to be let out, a teacher turned on a sanding machine and ignited a room full of odorless natural gas, according to the New London Texas School Explosion Museum's memorial website. The spark carried the flame into the crawl space, which was 253-feet long and 56-feet wide.

"Immediately the building seemed to lift into the air and then smashed to the ground," the website states. "Walls collapsed. The roof fell in and buried its victims in a mass of brick, steel and concrete debris. The explosion was heard 4 miles away, and it hurled a two-ton concrete slab 200 feet away, where it crushed a 1936 Chevrolet."

Mrs. Taylor, 89, said her classroom was on the second floor in the southeast corner of the main building.

"(The roof) came in and laid down on the desk like it was a big sheet, and I got out of my desk and just sat down in the aisle," Mrs. Taylor said. "Nothing hit me and then I crawled out to the edge where the windows were, but the windows were gone, and I jumped from there to the ground. It was about a half-story (down)."

No one in Mrs. Taylor's class was injured from the blast, and she only received a sprained ankle from jumping onto broken pieces of concrete.

Mrs. Taylor said she didn't have to wait long before she was taken home to the loving arms of her family, but others were not so lucky.

Of the 500 students and 40 teachers in the building, about 293 died, according to the museum.

Mrs. Taylor's brother O.C. Allen was not in school that fateful day. The family recently installed electricity, and her brother was at home helping his mother switch the washing machine from operating on DC current to AC current. Had the project waited another day, O.C. likely would have died in the blast.

"He would have been in the middle of it had he been there," Mrs. Taylor said.

In the aftermath, victim's bodies were spread out in East Texas in make-shift morgues in churches, fire departments and other buildings. Parents traveled from place to place looking for their children, sometimes identifying them based on the clothing they were wearing, John Davidson, museum tour guide, has said.

Mrs. Taylor also was asked to help identify her peers.

"I went to Henderson to the fire station, but I guess I was in shock," she said. "I never called a name. I just could not do it. That's an awful lot to expect out of a 12-year-old child. ... Things were done very differently now than at that time."

The explosion is labeled as one of the deadliest school disasters in U.S. history.

The school board chose not to use a steam boiler system to heat the school, instead it had 72 gas heaters installed throughout the building. One of the heaters was taken out and capped, but may have been tampered with by numerous children at play, he said.

The Texas Legislature passed a law on May 17, 1937, requiring a malodorant be put in all natural gas, giving it an odor, to avoid another calamity. That practice soon spread worldwide, saving countless lives.

The entire community felt the deep loss, and the disaster was never talked about, Mrs. Taylor said. It took 40 years before survivors even held a reunion.

"There wasn't anything we could do but pick up and go on," she said. "You have to go on — it's another step in life."

Mrs. Taylor said the sad tale is one worth remembering.

"There's nothing in the history books about it, so a lot of people don't even know about it," she said. "People that live close around here don't know about it."