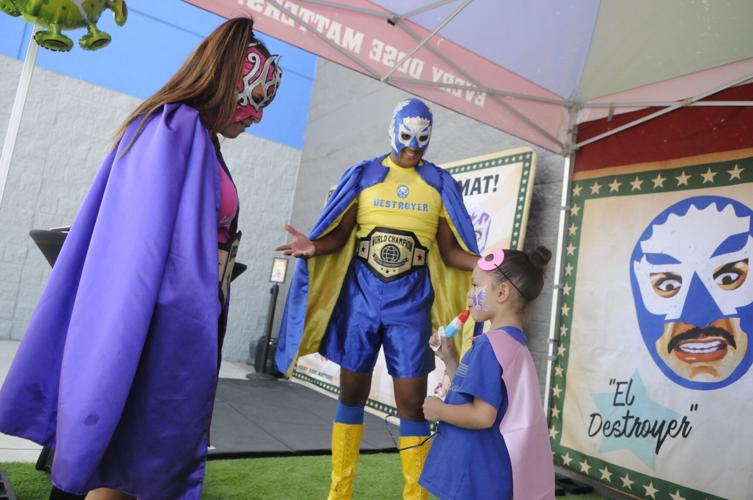 A girl interacts with Texas Department of State Health Services staff after receiving her COVID-19 booster shot Friday at Walmart on South Broadway Avenue in Tyler. 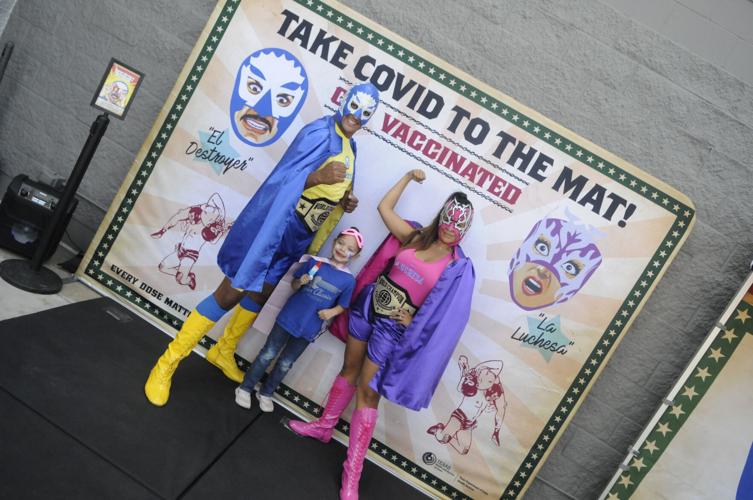 A girl interacts with DSHS staff after receiving her COVID-19 booster shot Friday at a Walmart located on 6801 S. Broadway Ave in Tyler. The theme of this year's campaign is luchadores and will run statewide through Sept. 25. 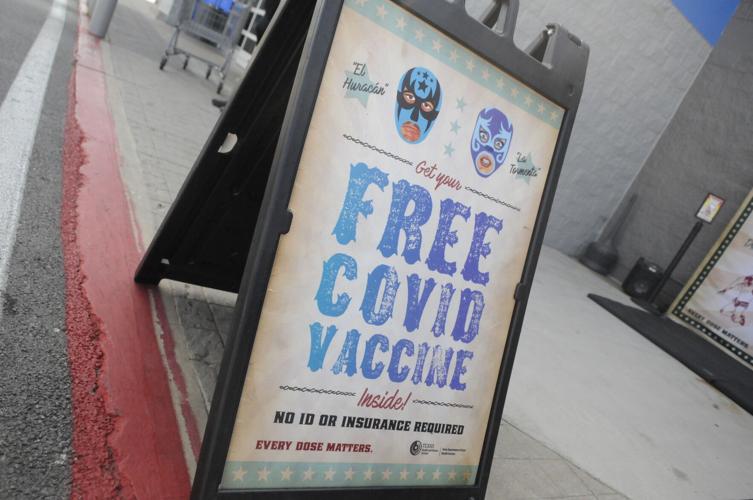 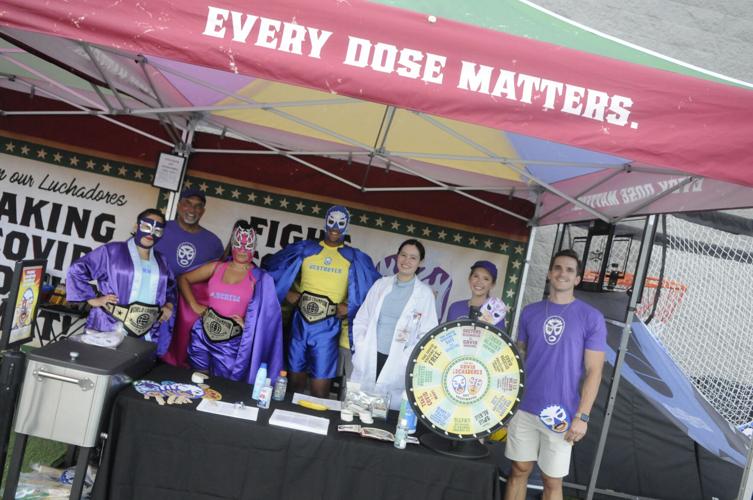 A girl interacts with Texas Department of State Health Services staff after receiving her COVID-19 booster shot Friday at Walmart on South Broadway Avenue in Tyler.

A girl interacts with DSHS staff after receiving her COVID-19 booster shot Friday at a Walmart located on 6801 S. Broadway Ave in Tyler. The theme of this year's campaign is luchadores and will run statewide through Sept. 25.

The campaign focuses on combating COVID-19 by encouraging people to get vaccinated and to get their booster shots. Department officials kicked off the clinic Friday at a Walmart at 6801 S. Broadway Ave.

People interested in getting vaccinated could show up to the DSHS’s tent at the Walmart’s parking lot, receive information about the vaccines and enjoy treats. People who wanted the shots were required to go to Walmart’s pharmacy inside the store and proceed with the protocol.

The campaign, which will run through Sept. 25, has already visited cities across the state, including in San Antonio, Houston and the Dallas-Fort Worth metroplex.

The theme of the campaign this year is luchadores (fighters). The outdoor tent had attractions like costumed luchadores performing educational skits, arcade-style basketball and spinning wheel games.

The DSHS partnered with Walmart pharmacies because they have Pfizer and Moderna booster shots , according to a press release from the department. The doses contain mRNA vaccine for the original SARS-CoV-2 strain and also protection against the Omicron variants BA.4 and BA.5, the release said.

“The goal is to have all families fully vaccinated, especially with the booster,” said onsite spokesperson Roberto Santiago. “It’s proven to be safe and effective and it protects from a severe disease.”

The tent attracted the attention of many Walmart shoppers as they made their way inside the store. Some knew about the clinic. Others found out as they arrived at the store to shop.

Opinions about the COVID-19 vaccine have been varied with some people being against getting the shots, and both sides were present at the clinic as a few people visited the tent to share thoughts about the issue.

Julia Talavera, who was in town visiting her daughter for the weekend, said she saw the tent in the parking lot and decided to take advantage of the opportunity to get her booster shot.

“If we don’t do it, we will never move forward, we will (stay) trapped in the same hole,” she said.

Talavera said she has been up to date with her shots since the vaccines were released. She said when she had COVID-19 it was “horrible” because it’s a virus in which a person’s body doesn’t know what is going on, she said.

“We are blessed to have the opportunity of having a vaccine,” Talavera said. “It’s a blessing from God that has opened a door to keep us alive.”

Tyler resident Jeanie Wade said she is against getting the vaccine for multiple factors, including religion and politics.

Wade said getting the vaccine creates more problems among people. She said she knows people whose medical condition worsened — or who have even died — after getting the shot.

“I think this is all planned by the government and was done on purpose,” Wade said. “It’s horrible, and I would never get it.”

Talavera, however, said she became more of an advocate of getting the vaccine after she lost one of her sisters to the virus.

“It’s everyone’s choice, and I respect every opinion,” Talavera said. “I wish more people could understand that if they do it, we can move forward and start living life as we did before.”