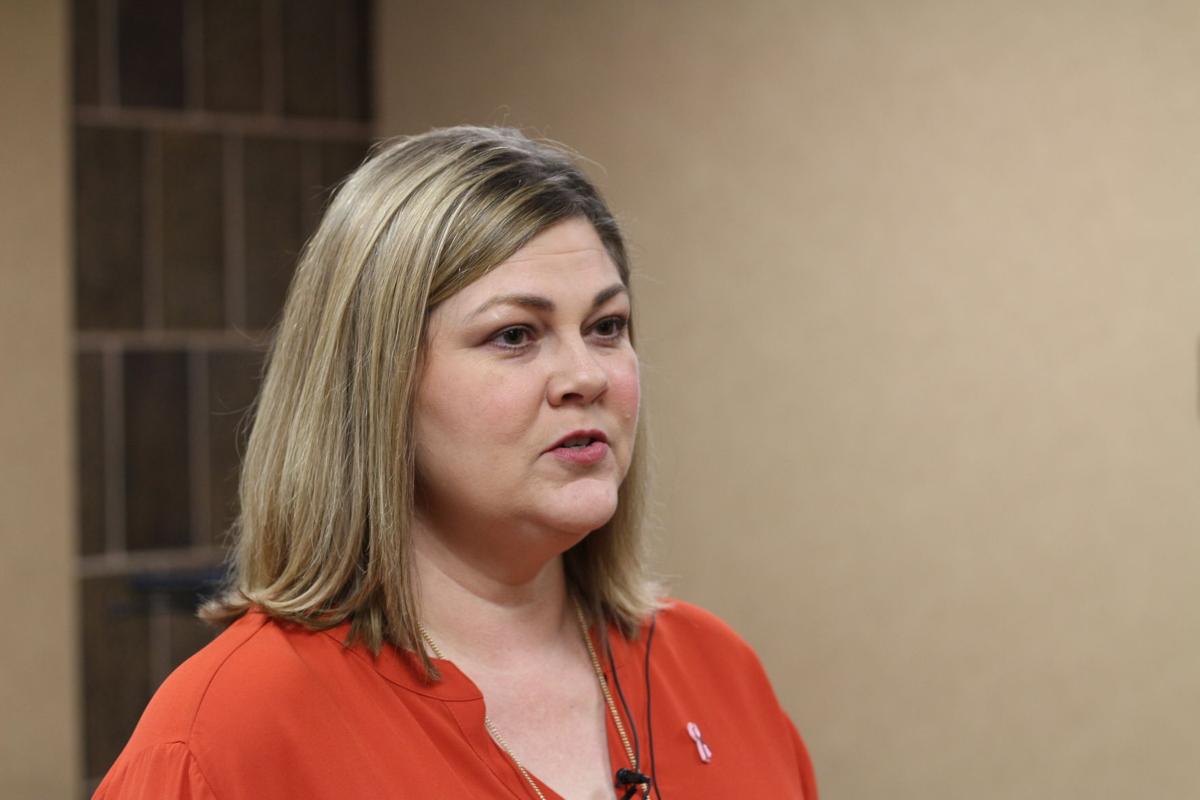 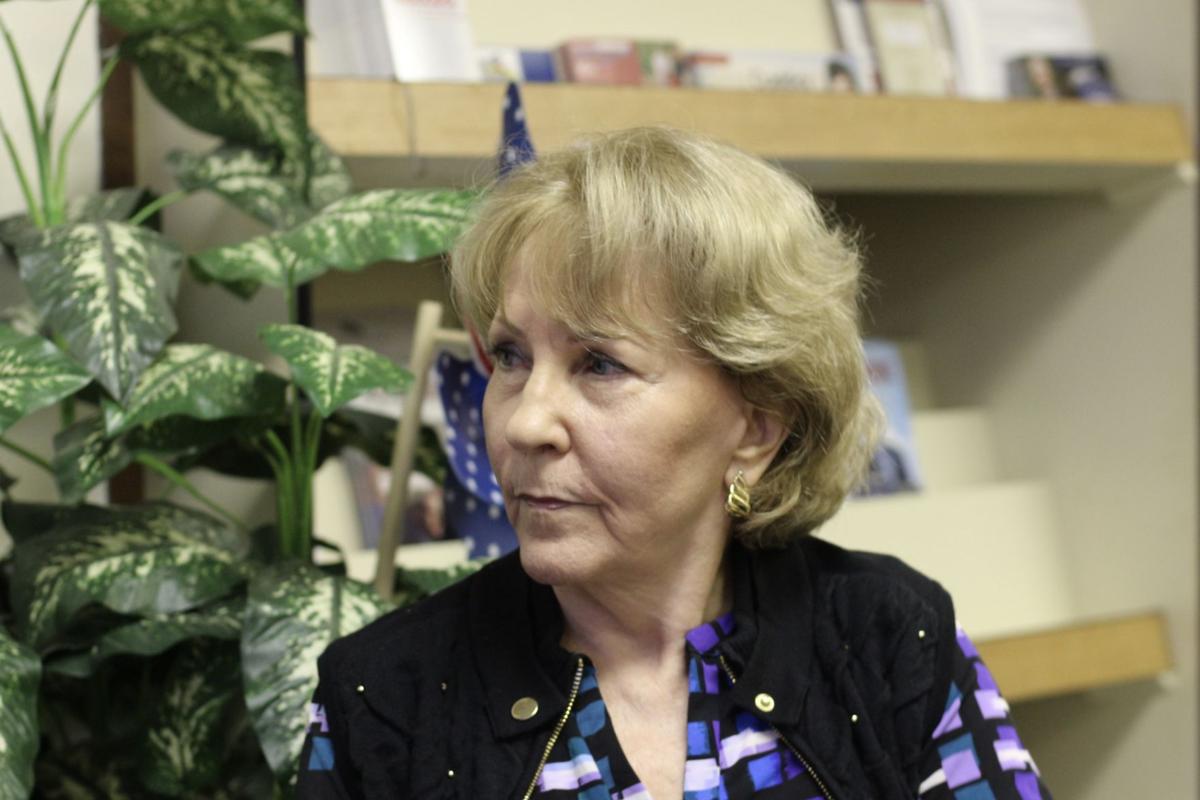 Emails between the Smith County elections administrator and local Republican Party officials reveal what went on behind the scenes as a dispute played out publicly when certain longtime election judges were excluded from a list of poll workers submitted to the Commissioners Court for approval.

Karen Nelson, the nonpartisan employee who is responsible for running elections for the county government, asked the party’s chairman, Brent Thompson, to make changes to the list of election judges via email in August and followed up multiple times with his appointed primary administrator.

Patricia Ayub, the Smith County Republican Party’s administrator for the primary elections, eventually agreed to make some changes to the list, but not all of the changes Nelson requested. The Smith County Commissioners Court approved the newer version of the list Sept. 10.

The workers in question are called election judges and they oversee all the workers at a given polling place. Historically, the county chairmen of the two major parties have appointed election judges, providing a list to the county elections administrator that is approved by the commissioners court.

The Texas Secretary of State has issued memos at least six years in a row, from 2013 to 2019, saying that commissioners courts “must appoint the first eligible person as presiding judge” on the relevant party’s list. The word “must” is consistently written in all-capital letters in the memos.

“The only time a commissioners court can reject a name is if the person doesn’t meet the eligibility requirements,” Stephen Chang, a spokesman for the Texas Secretary of State’s Office, said in an email. “If there are issues with individuals on the list, this is often brought to the attention of the county chair well before it goes to commissioners court.

“However, if a county election official has concerns about an election judge, the county chair can still opt to put them on the list,” Chang wrote. “There is nothing that they can do to have someone removed from the list or not appointed from the list except for reasons relating to eligibility.”

Michael Tolbert, the chairman of the Smith County Democratic Party, which follows an identical process as the Republican Party, said in an interview he did not receive any questions from the elections administrator about his proposed list of election judges.

Nelson and County Judge Nathaniel Moran declined interviews with the Tyler Morning Telegraph for this story and declined to answer written questions sent via email. County spokeswoman Casey Murphy issued a statement Sept. 11 on behalf of Nelson and Moran.

“Now that a vote has been taken, we’re going to work with both the Democratic and Republican Parties to ensure all election judges and clerks receive significant training prior to the general election and March primary,” the statement said. “Smith County continues to remain committed to transparent, fair and accurate elections.”

What the records show

The Tyler Morning Telegraph received the emails detailing the situation on Sept. 10, after a request under the Texas Public Information Act. The emails provide information that was not available while the Smith County Commissioners Court had been discussing the issue in executive session.

“I noticed that a large number of your experienced and willing judges were not on this new list,” Nelson told Thompson on Aug. 12, in her first email on the subject. “This is concerning to me for various reasons.”

Nelson said the list would be put on the Aug. 27 Commissioners Court agenda, but she wanted to discuss the issue prior to that. She said Moran had already reached out to him but had not received a response.

There was a gap in email communications for 12 days.

Elisabeth Ayub, the spokeswoman for the Smith County Republican Party, said Moran attempted on Aug. 15 to initiate a meeting with Thompson and Patricia Ayub that would include Sharon Emmert, Sharon Guthrie and Commissioner Jeff Warr.

Emmert was a county commissioner from 1997 to 2004 and served as the Smith County Republican Party’s administrator for the primaries from 2008 to 2018, but does not currently hold elected office. Guthrie is an elected precinct chair for the Republican Party representing the area near Hollytree and works for a state representative.

Elisabeth Ayub, spokeswoman for the Smith County Republican Party, said Thompson, Moran and Patricia Ayub held a face-to-face meeting on Aug. 16. During that meeting, Patricia Ayub agreed to make changes to the list of election judges.

On Aug. 24, Patricia Ayub emailed Nelson a revised list that she said Thompson had approved.

“I have contacted each of the individuals and feel confident this list is a strong representation of what we need for county judges,” Patricia Ayub wrote. “Mr. Chairman agrees on the list provided as well.”

Patricia Ayub also told Nelson that a longtime election judge, who was retiring, had agreed to participate in training new election judges.

“If this needs to be a separate training at headquarters we can host that, or if Mrs. Nelson would like to incorporate him in the process, I will leave that to your discretion, Judge Moran,” Patricia Ayub said.

There was a gap in emailed communication for five days after that.

On Aug. 29, Nelson emailed Ayub asking her to come to a meeting the next week, after the Labor Day holiday.

Patricia Ayub wrote she had spoken to Moran about her availability. She offered to meet on Sept. 3, before the Commissioners Court meeting. The court meets Tuesdays at 9:30 a.m.

“What exactly are we having issues with?” Patricia Ayub wrote. “I am just trying to get my details straight. I was under the impression when we spoke Monday that the list was confirmed and complete.

“The chairman has let me know that we are not to have any meetings with private citizens who may influence any election decisions since it would be outside the election code. Therefore, if the meeting consists of just us I’m happy to do so. I am just confused as to what the issue is we are dealing with.”

Nelson responded that day, saying she would meet with Patricia Ayub in a one-on-one setting. She also provided a list of seven people and asked that they be added to the election judge list.

“Please share this list of people that I would love to see back on the list with Brent,” Nelson wrote. “They are so dedicated not only to the Republican Party but to all of the Smith County voters as well. They are extremely reliable and have years upon years of experience.”

She concluded: “I want you and Brent to know that I welcome new election workers, however due to the approaching presidential election cycle it gives me great pause to know that I may be losing some of my most dedicated election judges.”

She suggested new people serve as lower-level clerks instead of election judges.

Patricia Ayub responded with changes for some of the polling places. However, she said three of the recommendations were “not approved by the chairman” and others would not be taken off the list for other reasons.

One of Nelson’s suggestions was to replace Elisabeth Ayub, Patricia’s daughter and the party’s communications director, as election judge at one polling site. Patricia Ayub said Elisabeth had been a clerk and gone to several different party trainings over the years.

Another of Nelson’s suggestions was to add Wendy Osburn, who serves on the party’s executive committee. Osburn was one of the precinct chairs who called a meeting in May saying Thompson had been declared to have abandoned his office.

“It is fair to say the list we have provided has plenty of experienced judges and those who seek to fill vacancies will just need proper training,” Patricia Ayub wrote. “This should not be an issue given our resources and connections. This is a training opportunity. Even those I have spoken to before complained in great detail that they need more training.

“The priority at this point should be focused on approving the chairman’s list and working on successful training opportunities, not further vetting of committed volunteers,” she said.

The email communication provided under the records request stopped after that.

Patricia Ayub said in an interview that she met with Nelson that Tuesday, Sept. 3, and talked for hours. She said she compromised with Nelson and reached a list that was not perfect, but ended the dispute.

The Commissioners Court approved the resulting list on Sept. 10, after passing a new county law that will require election judges to have previous experience working in polling places starting next year.

“Thank you, Judge Moran, because I know you have made a noble effort, and you have reached out on many occasions to our party chairman, even though it was difficult to finally get him to sit down with you,” Emmert, the former Smith County Republican Party primaries administrator, said before the vote. “I thank you for the efforts you made.

“And for Commissioner Warr, who was willing to mediate, and I know you invited me, if I was willing, to sit down and help you all work out this and correct the list and get the qualified people back on, and as you all know, our party chairman rejected that,” Emmert said.

She concluded: “It has been my privilege for 10 years to work with a wonderful group of people who love this party, who are dedicated to it, and when you take off the list these people who have decades of experience, you’re not just offending and disrespecting them, you are losing a workforce.”

“We did delay to give time for the parties to try to come to some agreement,” Warr said. He framed the dispute as an issue of running elections well that both parties could agree on.

“That was our purpose,” Warr said. “When Judge Moran asked me to mediate, that didn’t seem like something that was going down that road (of supporting party politics). Being in the insurance business, the first thing you do is start with the facts.”

He repeated the opinion of the county’s lawyer, Thomas Wilson, that the Commissioners Court needs to approve election judge lists. Warr said that makes sense because Republicans and Democrats shouldn’t use their authority on Commissioners Courts to affect the outcomes of elections.

“I’m concerned about a house divided we all know doesn’t stand,” Warr said. “But I’m willing to help in any way I can. I’m sure —many of you are very close personal friends of mine who have served in the past. I personally want to thank you.”

After the Commissioners Court voted 4-0 to approve the list — Commissioner JoAnn Hampton, a Democrat, was absent — Nelson described more of her concerns.

“Looking over the list, I see 10 what I would call brand-new people being placed as judge,” Nelson said. “It does not mean that I’m saying that they’re not trainable or they don’t have any ability.

“They just have never worked in a polling place at all,” Nelson said. “And then I have five that I believe have served at least as a clerk,” a lower-level poll worker.