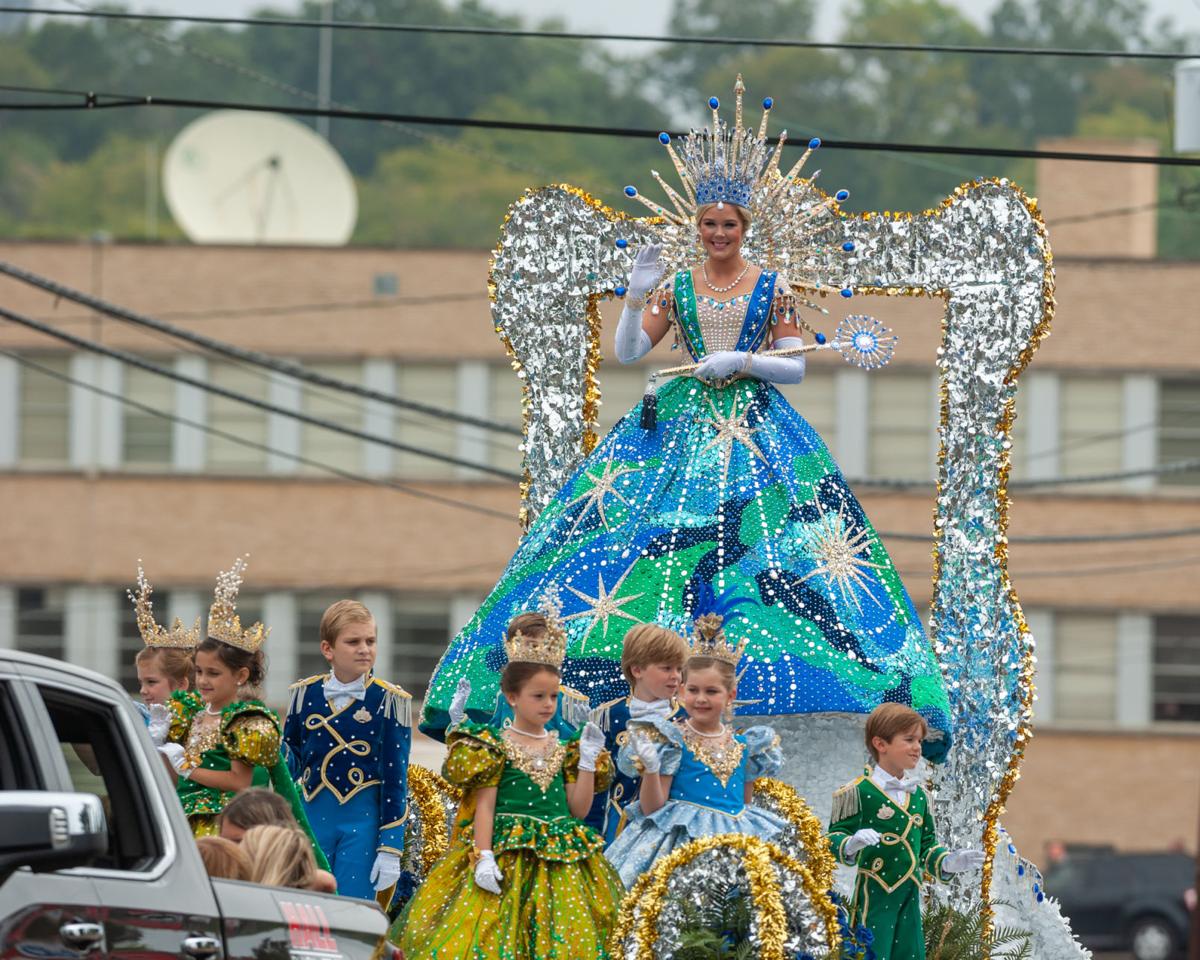 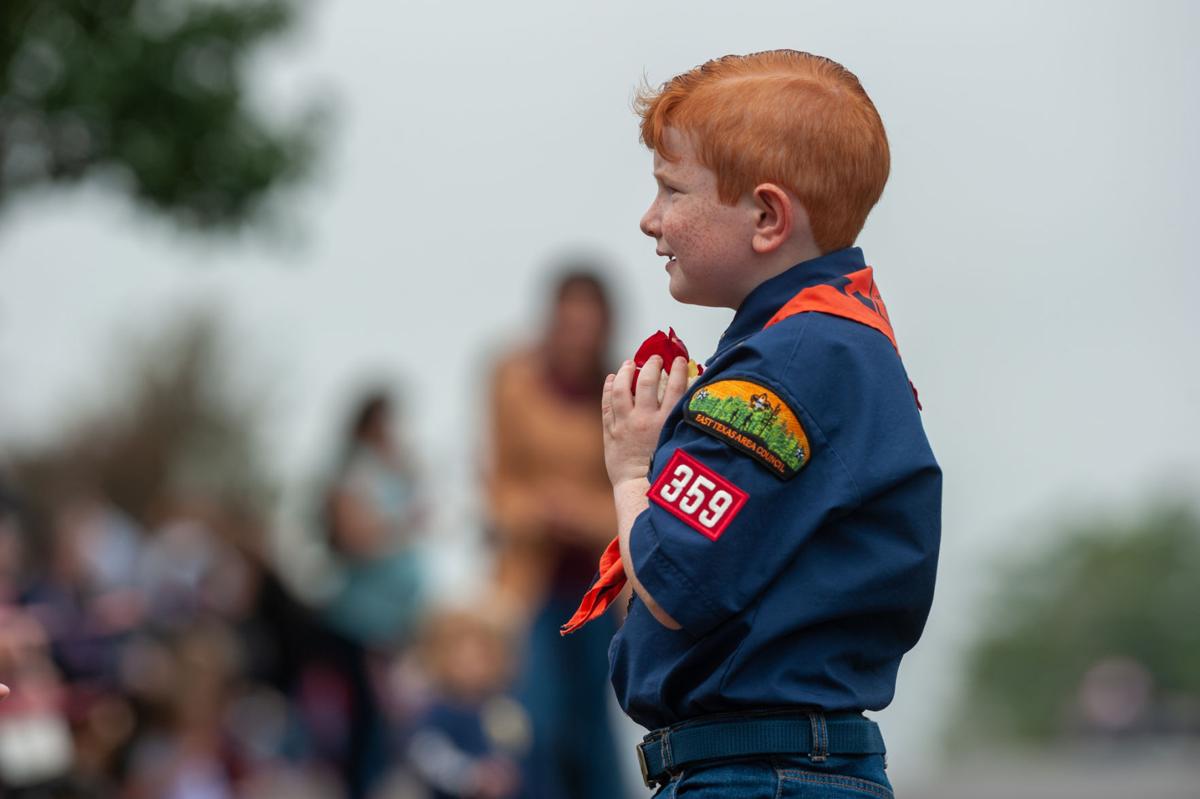 Tylerite Miracle Jackson, 6, loves seeing the Rose Festival Queen and the lengthy dresses every year at the Texas Rose Festival Parade in Tyler.

“I like the Rose Queen and I enjoy the candy. I like her dress and how long it is,” she said.

Miracle and her family were a few of the thousands attending the 86th parade Saturday morning. Rose Festival royalty, school bands and cheer teams, local officials and civic groups strolled through Front Street to the East Texas Fairgrounds.

Her dad, Bryson Jackson, 27, of Tyler, said he loves seeing his daughters and wife experience the parade. He’s been coming to the parade all his life.

“Our daughter (Miracle) loves it and one day when she’s old enough she’ll be rose queen,” he said. “I enjoy all the community. We’re (Tyler) a big family that supports local businesses. Pretty much our community coming together as one.”

On colorful floats and in extravagant dresses, Rose Festival Queen Hanna Claire Waits, Rose Festival Princess Elizabeth Anne Schoenbrun, Duchess of the Rose Growers Alexis Renee Smith and other members of the festival court waved to parade guests of all ages. Retiring this year, costume designer Winn Morton, 90, served as grand marshal for the parade. He’s been the coronation designer since 1982.

Eliana Maynard, 5, of Tyler, enjoyed her first rose parade by catching candy and seeing the fancy dresses. Her mom, Kelly Maynard, 48, of Tyler, enjoys bringing her daughter to the parade after being in it as a child in school band and dance programs.

“It’s getting to see my daughter experience the things I did,” she said. “I’ve never watched the parade. I’ve always been in it.”

April Simmons, 35, of Tyler, was at the parade to see her daughter, Brianna Thomas, perform as a Boulter Middle School cheerleader. She likes that the parade includes bands and performers as well as showcasing the local community groups.

Attending for the fifth year, Jarod Stevens, 43, of Tyler, also came to watch his daughter perform. Rachel Stevens, 12, a seventh-grader, marches and plays the clarinet in the Hubbard Middle School band.

“We love being a part of the parade,” Stevens said. “We’re out here every year.”

New Tyler resident Ellie Gillen, 6, looked at the dresses and collected candy during her first rose parade. She recently moved from Oklahoma with her family.

“I wish it was every single day,” Gillen said.

Her aunt, Jaime Hargus, 36, of Piedmont, Oklahoma, came to Tyler this week to visit family and she and her niece came by to check it out.

“We’ve enjoyed watching the court and seeing all the pretty dresses,” Piedmont said.