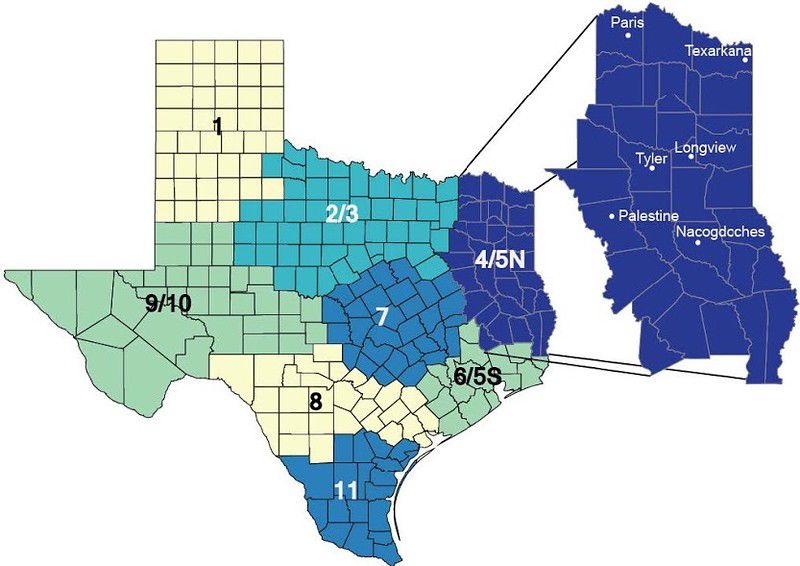 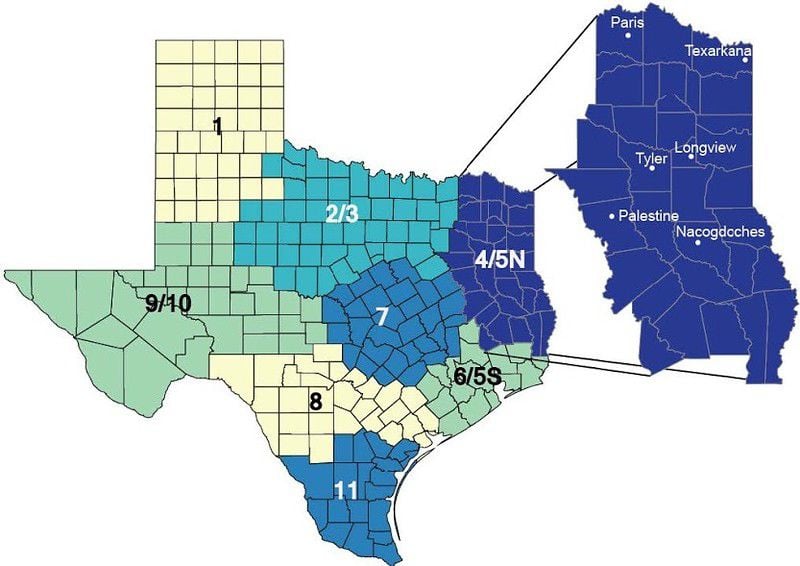 If northeast Texas - a 35-county area - were a state, it would rank among the least healthy states to live.

A 106-page report released Monday shows the region is 45th for its mortality rate from all causes of death and 47th in chronic lower respiratory disease mortality. The report spearheaded by The University of Texas System and UT Health Northeast showed this region would rank 49th in heart disease mortality and last in stroke mortality.

Covering more than 25,000 square miles, this health service region is similar in size to West Virginia. More than half of the 1.5 million people are spread out in rural areas, where the greatest health disparities are seen.

"It would be interesting to see what kind of responses and what kind of questions this will receive," said Dr. Eileen Nehme, assistant professor of population health at UT Health Northeast. "It is definitely meant to be a document that will inform and encourage action on the part of all the people in northeast Texas working on these issues."

The report, which uses detailed mortality data from the National Center for Health Statistics, found the rates in northeast Texas were also higher than the Texas average for cancer, kidney disease, suicide, unintentional injuries such as car crashes, and infant mortality.

"These statistics represent real neighbors, real family members, real people who are dying too early," said Dr. David Lakey, associate vice chancellor for population health for the UT System and senior vice president for population health for UT Health Northeast. "Our hope is that this report can be used to help stakeholders set priorities and guide action in northeast Texas, an area that faces some of the most significant health challenges and disparities in the state."

Lessening that burden could not only reduce occurrences of cancer, but also other lung diseases such as chronic obstructive pulmonary disease and reduce the costs of health care.

While smoking has placed a great burden on residents here, other culturally acceptable behaviors may not have an effect as great as smoking on health outcomes.

"There are factors that play into that," Lakey said, noting the way cooking traditions are passed down could affect health. "Those are the things that are important for overall health, but they don't explain health disparities.

Socioeconomic factors such as income, education and occupation also directly impact health. Lacking a college degree increases the chances of someone making less income, working in an unsafe environment, or not having safe and affordable opportunities for exercise.

"It's clear to me that a lot of folks in East Texas are not financially well-off," Lakey said. "That may not seem like a health issue, but college education is a huge predictor of health."

Monday's report also showed there were disparities among racial groups.

"While we were seeing poor outcomes for white and black populations, that wasn't the case for the Hispanic population," Dr. Nehme said. "We're seeing that in northeast Texas even more so. We're definitely interested in understanding why that may be."

Health officials said late entry into prenatal care is a statewide problem, but it's especially true in northeast Texas, where 47 percent of pregnant women in 2013 did not have a prenatal visit during the first trimester of pregnancy.

"These are not simple problems to solve," Nehme said. "However, describing and raising awareness of the health challenges facing this area is an important first step. The good news is that we've had success in addressing some of the key health factors impacting northeast Texas, such as tobacco use and timely entry into prenatal care. Even with the most challenging health issues, the more detailed a picture we have of the data, the better we'll be able to develop strategies to improve. That's our hope for this report."

UT Health is collaborating with others in a multi-pronged approach to improve health in northeast Texas.

A 43-question survey, released last week, is another tool used to find solutions.

"Using that survey from the people that live and breathe in East Texas and have faced challenges will give us different data," Lakey said.

He also is working on, along with all UT System health institutions across the state, a strategic plan related to population health.

Although the Tyler area has an abundance of health care facilities, programs for low-income residents and charitable health events, there are still some who lack access because of the socioeconomic factors. It's why preventing disease and promoting healthy behaviors is just as important as treating disease, Lakey said.

"If you look at the sophistication of health care in East Texas, it's a good system to care for people who are already sick," he said. "It's just one component. A bigger component is showing how we can keep people well."

“You make known to me the path of life; you will fill me with joy in your presence, with eternal pleasures at your right hand.” (Psalm 16:11)