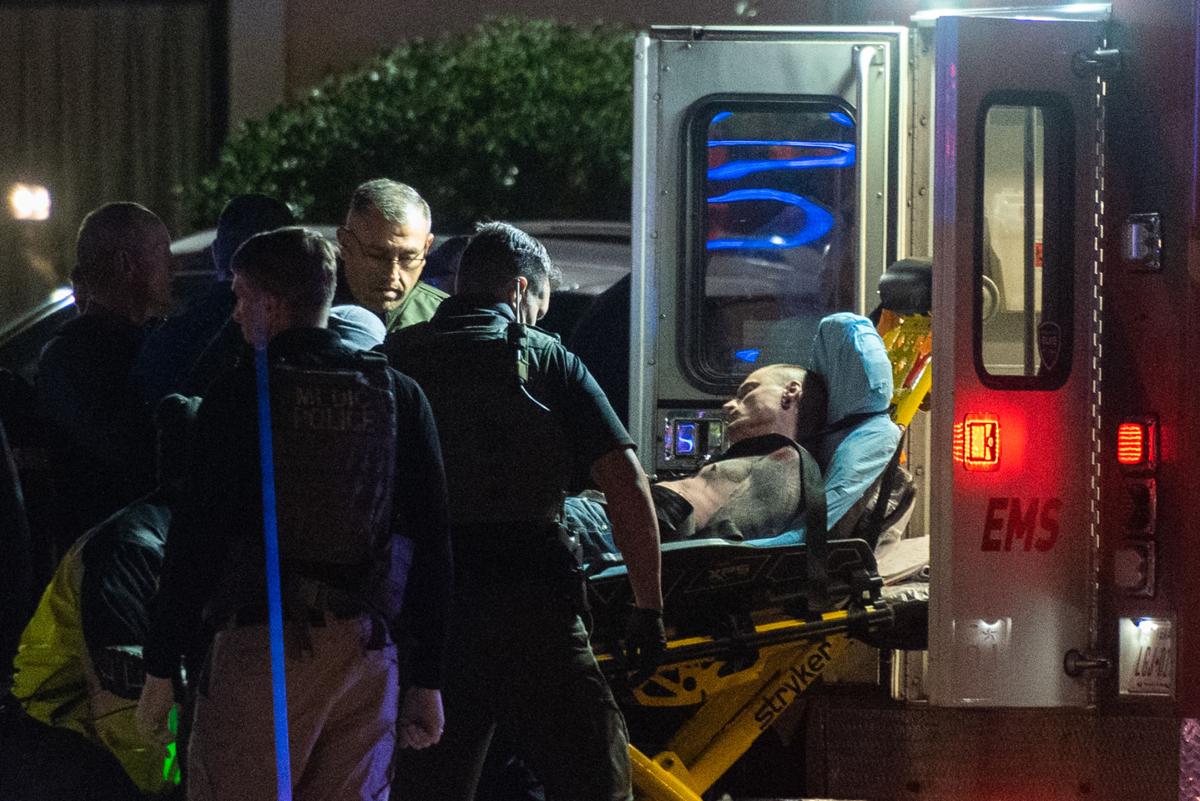 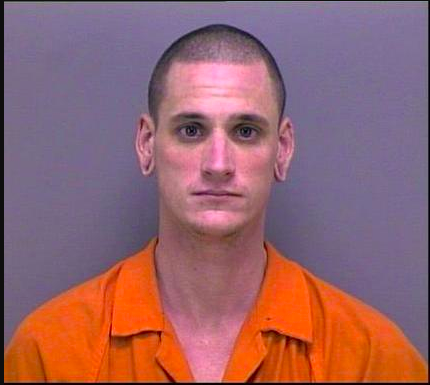 Nasir Saleh-Saad Jabr is pictured in a 2013 mugshot taken at the Smith County Jail.

The Smith County Sheriff’s Office has released the identity of a man involved in an hourslong standoff Tuesday with local law enforcement agencies.

The standoff began after the sheriff’s office, with a warrant for his arrest, attempted to initiate a traffic stop at 2:16 p.m. on the suspect. The man, who has been identified as Nasir Saleh-Saad Jabr, 35, pulled into the parking lot at the Econo Lodge Inn and Suites at the intersection of U.S. Highway 69 and West Northwest Loop 323.

Jabr had a warrant for a parole violation. He has a lengthy record of drug violations, including possession of marijuana and possession of a penalty group one controlled substance in a drug free zone. Most recently, he was paroled on Sept. 20, 2018, with a parole expiration date of July 4, 2021.

Jabr let a woman, who has not been identified, out of the vehicle, but got back in the pickup and locked the doors. Deputies learned Jabr had two guns, which were brandished during the standoff.

Over the next few hours the area was locked down, and the sheriff’s office used drones to monitor the situation, Smith County Sheriff Larry Smith said. A perimeter was established and residents were removed from the area, according to sheriff’s office news release.

“The drone pilot was able to call out exactly what that individual was doing during the whole time the standoff was going on, which was very important because he had a gun in his hand with a hammer cocked back, ready to shoot any of our personnel, himself or anyone else,” Smith said.

Negotiators with the sheriff’s office and the Texas Department of Public Safety were communicating with Jabr throughout the standoff. The Tyler Police Department also assisted during the standoff.

Smith said Jabr was seen, with the help of drones, cooking up heroin, shooting it in his arms and ingesting baggies of what the sheriff’s office believes to be methamphetamine. He thinks Jabr started to nod off during the standoff because of the heroin.

Jabr nodding off was seen as an opportunity to enter the vehicle, Smith said.

Just about 6:30 p.m., SWAT team personnel breached the rear window of Jabr’s pickup, tossed in a flash bang grenade and took him into custody.

The flash bang is used to disorient and surprise someone and for the safety of officers and others, Smith said.

The officers shattered the driver’s door window and removed Jabr from the vehicle.

Jabr was taken to a UT Health emergency room for treatment and remained there Wednesday afternoon. EMTs transporting him to the hospital administered Narcan en route.

He is being held on the probation violation warrant and other charges are expected shortly, the release stated.

“We believe it ended in a positive note. We got hurt somewhat, but not significantly. He’s mostly in the hospital due to the ingestion and injection of the drugs he had,” Smith said. “We recovered a good quantity of methamphetamine, quite a bit of black tar heroin as well as what we believe to be fentanyl.”

Smith said other personnel and agencies were notified during the standoff. He noted the importance of having a great relationship in other local law enforcement, like the Tyler Police Department and the DPS. UT Health East Texas EMS was also there on standby if needed.

In total, responding agencies were the sheriff’s office, the DPS, Tyler police, the Texas Rangers, the Tyler Fire Department and the Bureau of Alcohol, Tobacco, Firearms and Explosives.

“We pride ourselves in working well together,” Smith said. “We’re working for the citizens of Smith County and the city of Tyler.”

He said each situation is different regarding when to call other agencies.

The sheriff’s office was involved in a standoff for several minutes last weekend with Ronnie Lee Rinehart, 34, of Tyler, who was later arrested after allegedly tying up, gagging and threatening his common-law wife and her children with a knife.

After several hours, a standoff at a Tyler hotel ended Tuesday afternoon with a man, who had locked himself in his pickup and refused to coope…