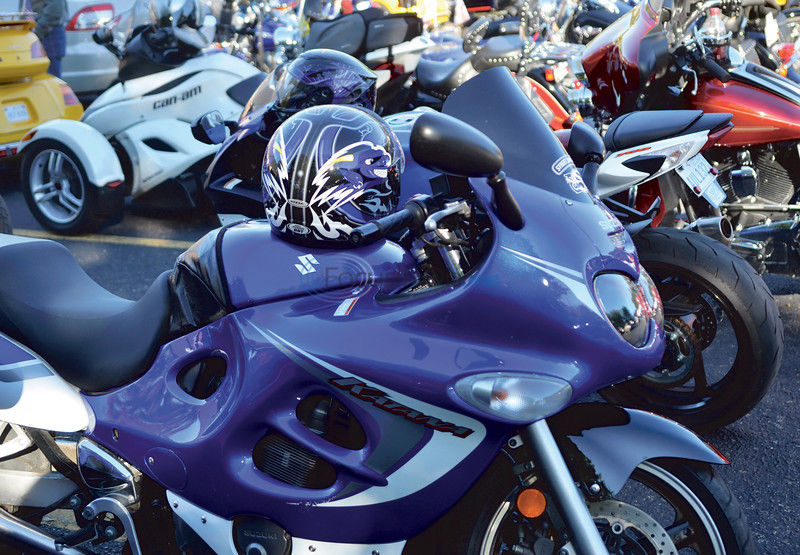 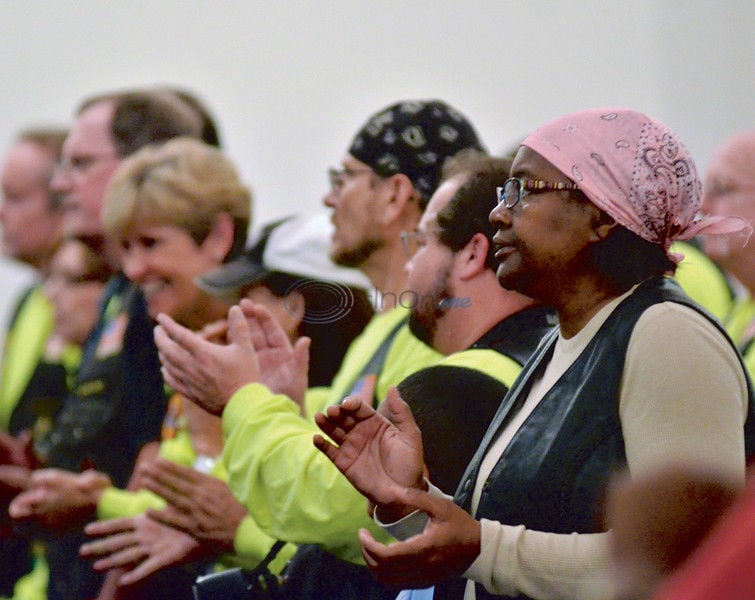 Bikers participate in worship songs during the service. (Victor Texcucano) 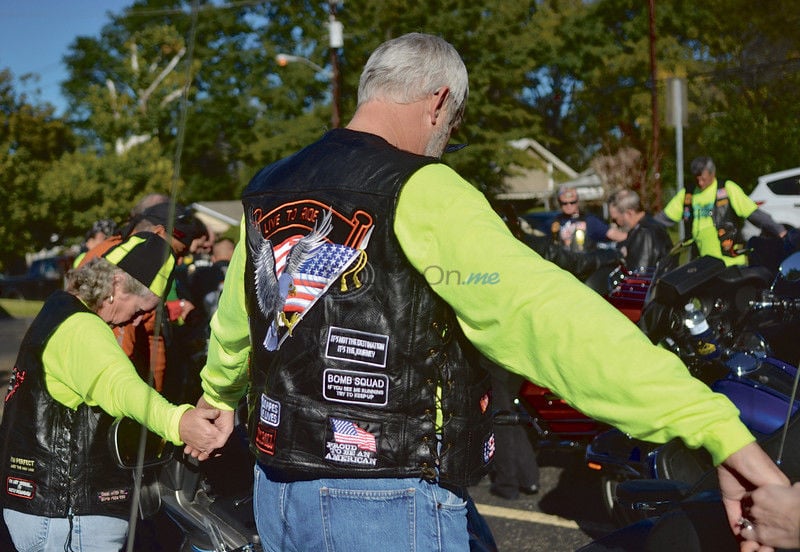 Motorcycle enthusiasts join hands outside of College Hill Missionary Baptist Church to pray around their motorcycles during the inagural Motorcycle Blessing and Dinner on Sunday afternoon. (Victor Texcucano) 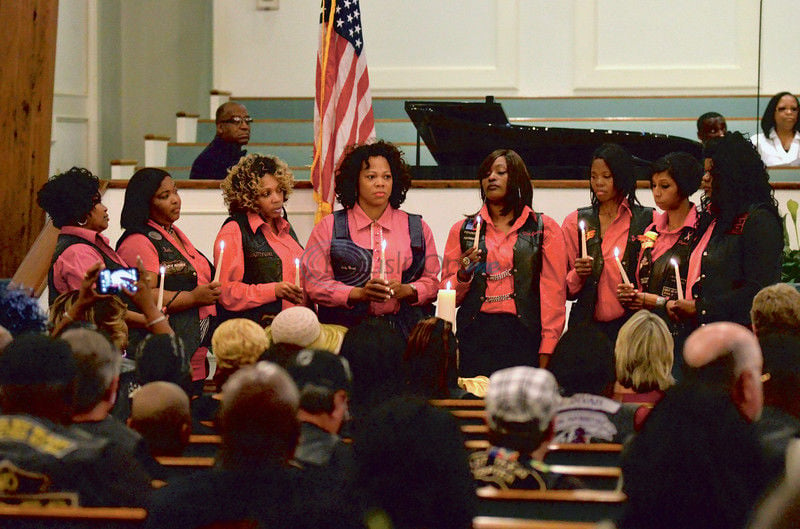 Bikers participate in worship songs during the service. (Victor Texcucano)

Motorcycle enthusiasts join hands outside of College Hill Missionary Baptist Church to pray around their motorcycles during the inagural Motorcycle Blessing and Dinner on Sunday afternoon. (Victor Texcucano)

Members from more than 20 motorcycle clubs gathered at a Tyler church in their biker vests and studded belt buckles to worship God, honor those who have died and pray for protection on the open road.

The Rev. Dr. Robby Plato, chaplain for the Christian Motorcycle Association Spoke Riders, said most of the people in his association found motorcycles before they found Jesus; but after they found the Lord, they felt a need to spread his word.

"We believe Jesus told us to go to every highway and under every (bridge) and spread the Gospel, and we chose to do that to the biker world," Plato said. "Part of how we do that is bike blessings. It gives us an opportunity to get started talking to someone."

Sunday's event included a church service with talks about available biker safety courses, how to share the road and to watch for motorcycle signs placed in the community. The safety discussions were mixed with choir singing and ministers preaching.

Michael Newland, vice president of the Cross Spoke Riders, said members pray over the motorcycle and its rider during the blessing. The prayer asks for protection as they ride from mechanical problems, deer and other drivers. Newland said the prayers are not specific to the event, and the group regularly prays over bikers and asks for the Lord's protection.

Ken Mass, a motorcycle rider and business owner who organized the event, said its primary purpose was for fellowship and promoting safety on the roadways.

"Lately we have had a lot of motorcycle accidents," he said. "We thought it would be best to have a service here to remember our fallen riders, remember the ones that are here and fellowship. We have a lot of people that are friends in the biker community. … We like to party, but sometimes it's best to come together in the Lord's eyes and give him some time ,too."

Plato delivered the message to his fellow riders. He preached from the book of John, and said Jesus accepted people from all walks of life — something many modern-day Christians have failed to do. He also said John 3:16 states all who accept Christ are saved no matter their financial or family situations.

"You know some folks today who call themselves Christians wouldn't be caught here with us in this service," he said. "These folks carry around the name of Christ on the wrong part of their body. They are wearing their Christianity on their feet, thinking that it raises them above us — makes them better somehow.. … You certainly wouldn't see them sitting with tax collectors, leapers or bikers, but I'm telling you those are the people that Jesus sat with."

Plato said Jesus defended a woman accused of adultery by saying whoever was without sin to throw the first stone and invited a thief to join him in paradise when he was crucified.

"We know where a true Christian carries the name of Christ — on their head like a crown of thorns, enabling them to be humble; On their hands reminding them to reach out to others; on their knees for we might find ourselves next to Jesus washing the feet of the weary and the downtrodden," he said.

Mass said he feels the event was a success and could become an annual event. He said the biker community is a close-knit group and the event gives them an opportunity to come together for a joyous reason instead of a sad one.

"We can always come to the house of the Lord if we are in a (sad) situation, but we can also come to the Lord's house in happy days too," he said.