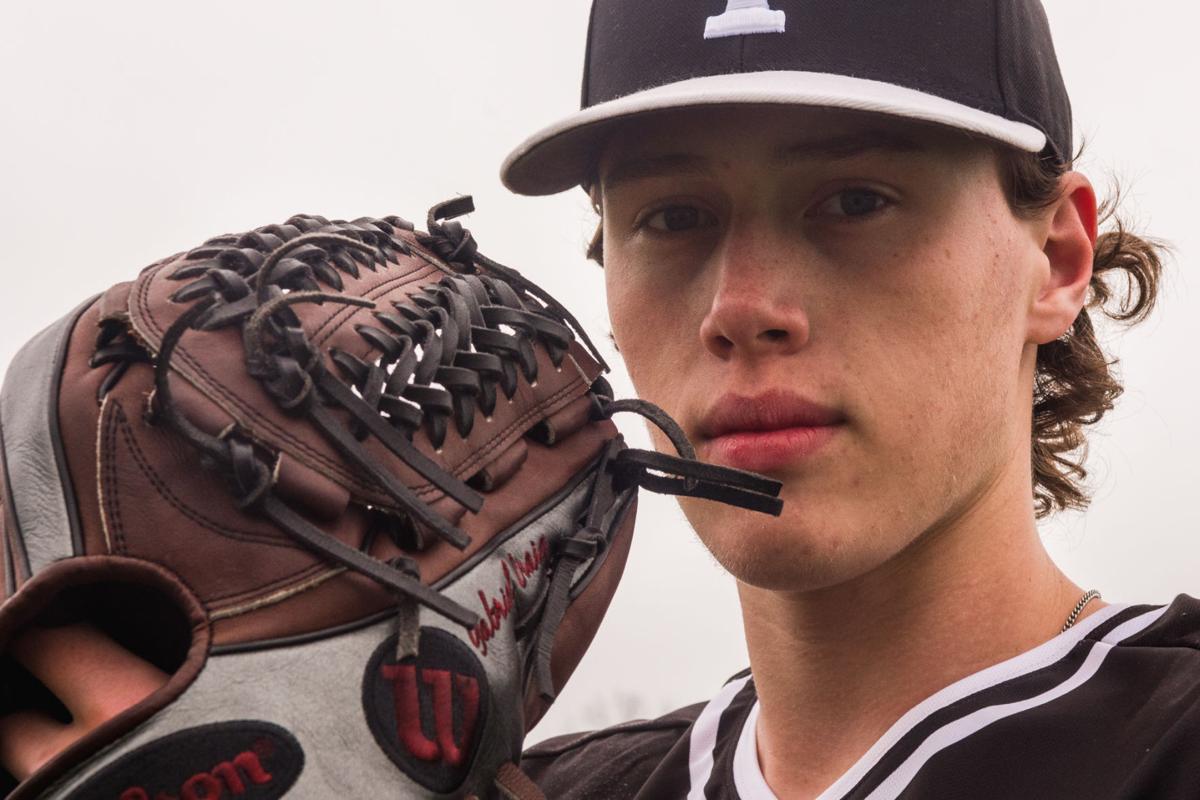 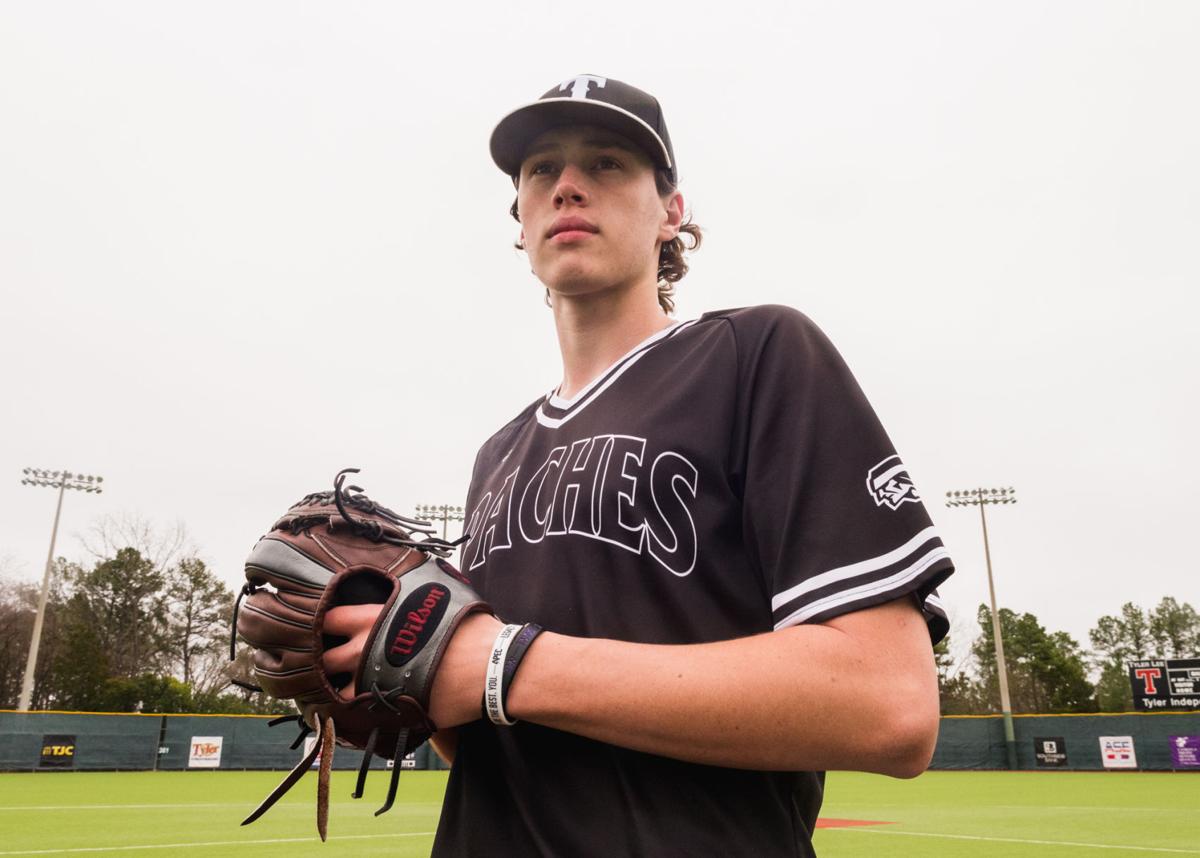 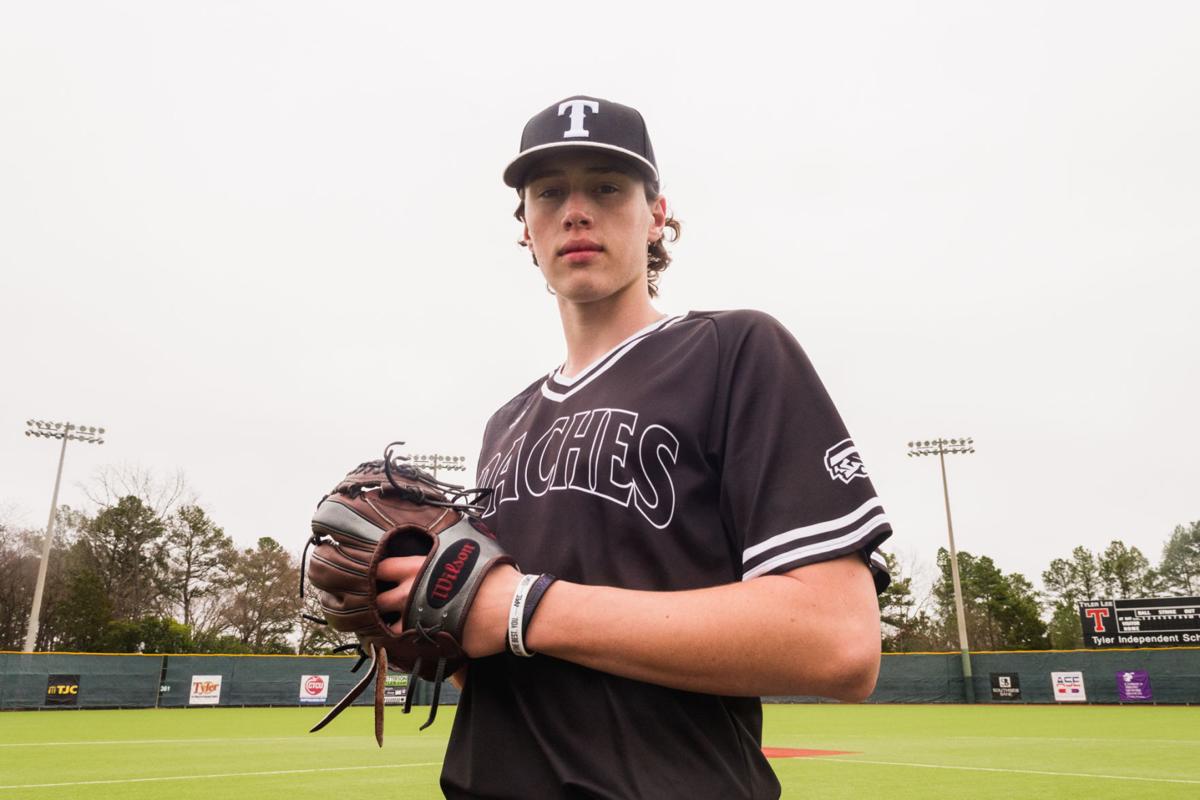 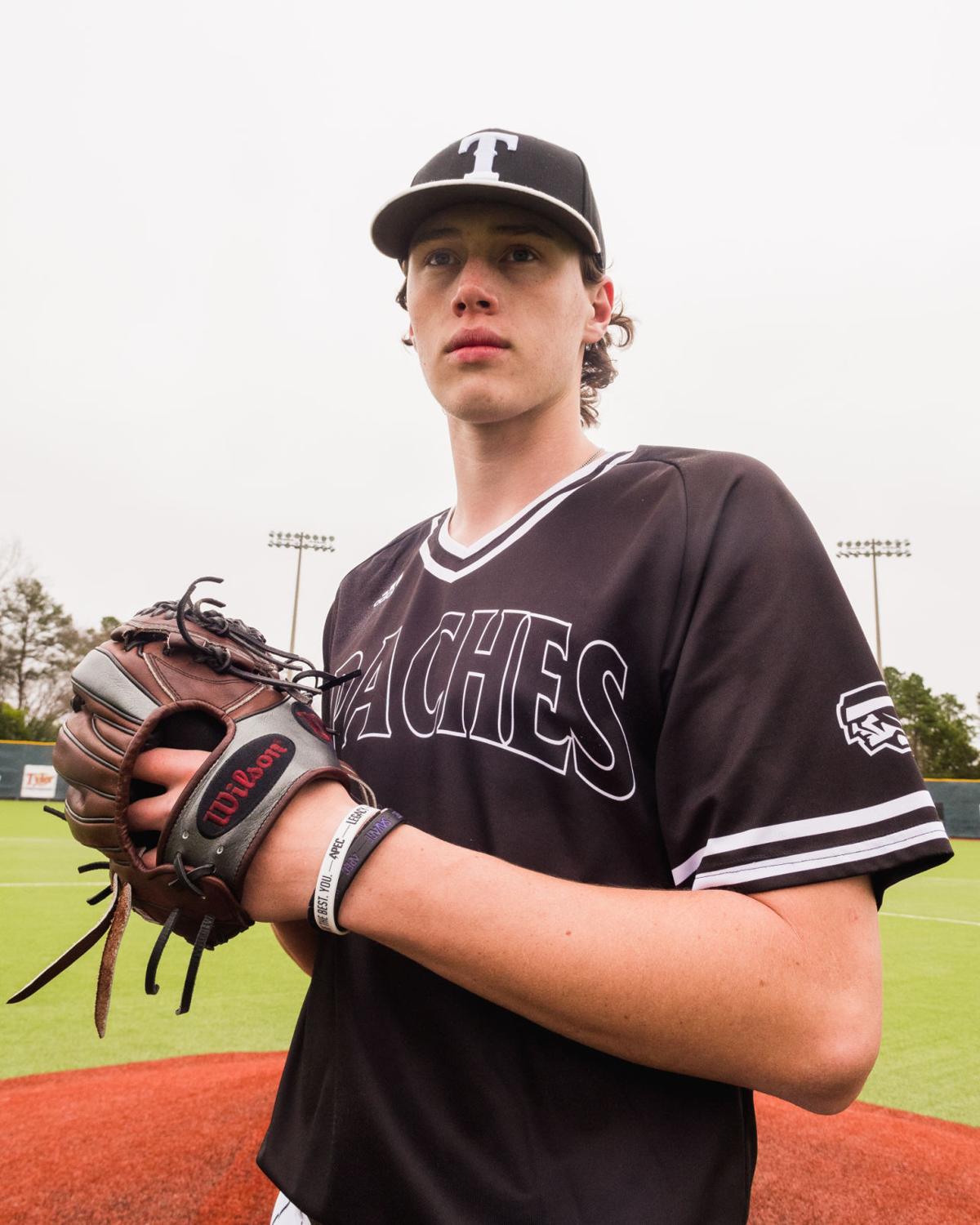 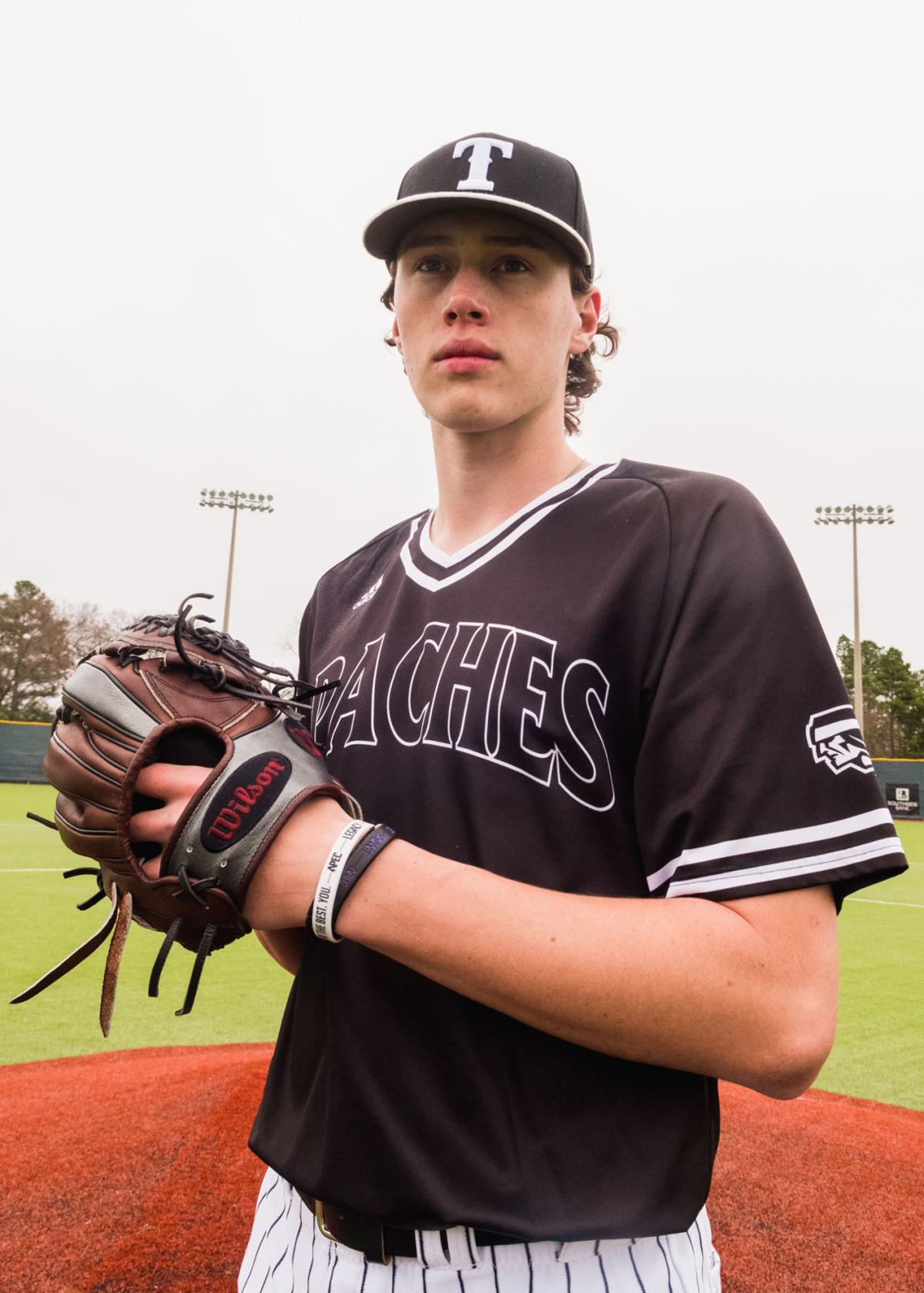 After his junior year at Grace Community School, Gabriel Craig was on top of the world.

Not because he stood 6-foot-4, and while on the mound looked a foot taller and made a baseball look like a dart.

He was on top of the world because he was 17 and would grow another inch to 6-foot-5. He had a frame for a pitcher and the velocity on his fastball that had colleges around the country taking notice. Craig was rated as the 113th best right-handed pitching prospect in Texas and ranked with Perfect Game.

As the summer was winding down after his junior season, the arm was tired. He pitched his way as a starter through countless high school and travel ball games and it caught up with him.

Fortunately for Gabe, it was only stress to his ulnar collateral ligament (UCL) and not a tear. The remedy for healing was rest.

This meant missing his senior year of baseball.

But there was something else.

There were no more days of sorting through junk mail to find recruitment letters. Missing a season and potential arm issues scared the scouts away.

Gabe wasn’t thinking of his future. He was thinking about the present. He wanted 2019 to be the season for Grace Community School.

“My sophomore and junior years we made the playoffs, and it seemed just a few things didn’t go our way or we had a chance at winning a title,” Gabe said. “I was looking forward to helping the team my senior year reach our goals. It was frustrating, seeing my teammates playing and not being able to help them and pitch.”

While the public saw Craig (who was also an above average hitter with power) sitting on the bench and not playing, they didn’t see what he was doing in the gym for 11 months while he was not throwing a baseball. He trained, he ran and he strengthen his arm.

It was time to slide that familiar cowhide over his hand, smell the distinct sweet smell of a baseball glove and grip a baseball.

He started some light throwing, then regular catch. He started his long toss program.

Something felt good. He knew he could throw 87 miles per hour on a good day, but he felt very strong.

But still, no interest from colleges.

The Tyler native has an advantage over a lot of baseball players. He lives in the same town as one of the best junior college baseball programs in the nation, Tyler Junior College.

And there is a reason Tyler, with a population during the workday of 250,000, is called a small town.

“The recruiting process was different with Gabe,” Wren said. “I had some baseball guys contact me and say he was back, and he was throwing. So, we wanted to see him.

“I knew his brother, I know his family and we all go to the same church. So we’ve had a history with the family as well,” Wren continued. “They are a great family and solid people. It was easy for us, we knew he was a great kid.”

Having “great kids” is the foundation for a successful sports program. It’s the bottom of the pyramid in the Coach’s Bible from Fellowship of Christian Athletes.

But you also have to be great to make the TJC Apaches spring baseball team.

Before school started, Gabe had a one-man try-out. The coaches sat in the chair, the catcher got set and he wound up and threw.

He no longer threw in the 80s.

With three months of therapy, going through the pitching workouts from the TJC coaches and getting stronger, the 18-year-old freshman hit a new number on the radar gun.

“I know his high school coaching staff and I knew fortunately he only had a few complications and was shut down for his senior season,” said Wren. “We waited, had him throw in August when he was ready and then it was an easy no-brainer for us.”

While Gabe is topping out at 92, it does not guarantee playing time on a top-notch pitching staff like TJC, where up to a dozen kids can do the same thing on the gun.

However, he continues to work off the field and hopes to help the team as a closer.

“I feel myself getting stronger. I have a lot of strength and exercise program in the weight room,” said Gabe. “Throwing also helps with keeping my arm in shape and improving my velocity.”

Gabe is working on impressing the coaching staff enough to be a closer at TJC.

A starter has the luxury of running poles in the outfield, stretching and preparing mentally all day for a game. Not a closer.

For many high school kids, going to college means moving out of town or out of state to experience the country. Gabriel Craig says for two years, there’s no place like home.

“A first it was weird being from Tyler and going to the same school where I grew up, but then you realize it’s a blessing to be able to play here,” he said. “It’s a really successful program (six national championships) and I’m really excited to play here.”

Hitters sitting on his well-placed fastball are now trying to adjust to a changeup and a slider. Mastering those pitches is just one goal.

“I want to have a successful season and help the win a few ball games,” he said.

Wren has been impressed.

“He’s a big kid, the ball comes out of his hand well and he’s around the zone,” said Wren. “He has a feel for some secondary pitches, so there was a lot to like there. Plus, knowing his character, his background, his family. You put all those pieces together and it’s an easy decision.”

As for being one of the closers, Wren said Gabe has to work into “high-leverage” status on the pitching depth chart.

“He has been very consistent for us, he has good stuff and I think he will have a chance to pitch in some high-leverage situations,” said Wren. “We will see. But he’s been a really good addition and a great kid.”

John Anderson is the editor of the Tyler Morning Telegraph and a longtime sports columnist. He can be reached at janderson@tylerpaper.com.