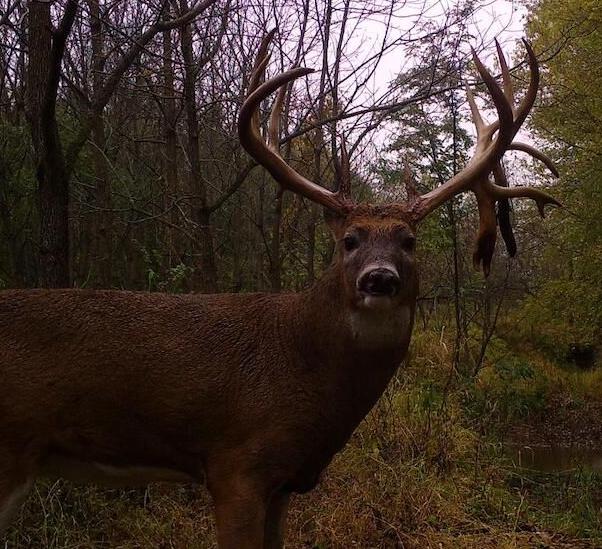 When Tyler’s Cameron Frowick first saw the Iowa trophy he was looking for it was an 18-point estimated at about 200 inches. A year later the buck exploded to a 38-point scoring 259. 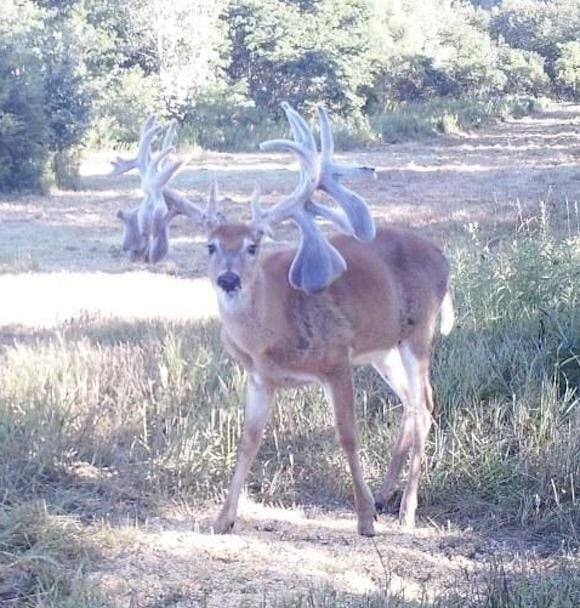 When Tyler’s Cameron Frowick first saw the Iowa trophy he was looking for it was an 18-point estimated at about 200 inches. A year later the buck exploded to a 38-point scoring 259.

The Tyler hunter has put in tens of thousands of miles and countless hours into the pursuit in recent years. It has taken him from small acreage in Smith County where he killed one of his personal bests, a 10-pointer scoring 151, to Kansas where he took an even better triple-beam buck grossing 167 and on to Iowa.

It is in Iowa where he feels he has his best chance to take not only a Boone & Crockett buck, but a free-ranging deer scoring upwards of 200 inches. In fact one late night in 2019 he awoke and saw photos of a deer sent to his phone by a game camera. It was a 19-point buck he estimated reached that 200-inch mark.

“Needless to say I did not sleep the rest of the night,” he said.

Frowick’s quest for monster bucks began when he was in his early 20s.

“It was probably within the last decade or so where I have had the time and means to travel around the country and chase big deer,” said Frowick, the owner of three local businesses, Lone Star Power Equipment, Clippers Lawn Care Service and East Texas Beef.

He quickly learned that killing big deer is just a small part of the equation for hunters who cannot or do not want to just write a check for a trophy hunt each year.

“I have really been hunting or searching for big deer more than killing them. There is an old saying that if you are going to kill a Boone & Crockett deer you have to be hunting where they live,” Frowick said.

Trying to do it as an out-of-state hunter in Iowa makes it even more difficult. Non-Iowa hunters must apply to deer hunt in the state, and for an archery tag that chance may come only once or twice in 10 years. It is only slightly easier to get drawn for the shotgun or muzzleloader season.

Knowing the Midwest farm country is the place to find big bucks, Frowick found his way into Iowa via Kansas.

“It has been a lifelong dream to be in that part of the world, Iowa and Kansas. About five years ago I started driving the back roads first in Kansas and made my way into Iowa,” Frowick said.

Once he honed in on southern Iowa, he began his groundwork. Finding a place to hunt in Iowa is not like finding a deer lease in Texas.

“You have to go to the effort to meet people. Go out of your way to help others. Go to the co-ops and meet farmers. You have to take it a step farther than the general public to make it work,” he explained.

Eventually his efforts paid off and Frowick found places to hunt. As both a bow hunter and gun hunter he has been lucky enough to draw tags, passing up two 150-class bucks in hopes of seeing even bigger deer.

In 2019 it looked as if everything had aligned. Frowick was not only getting pictures of the big 19-point buck he estimated to be 5 ½ or 6 ½ years old, but he had also been drawn for a late muzzleloader season permit.

Then fall rolled around, the crops were harvested and the deer quit showing up.

“The farm I was hunting wasn’t that big. I tried to put out as much food as I could in a clover plot. It is next to lot of ag, but the majority of the food was already gone and harvested. It was like a ghost. It just disappeared after the rut,” Frowick recalled.

Not getting any pictures of the deer throughout the winter and next summer he could only assume it had been killed by a local hunter in one of the early seasons.

Then in late summer of 2020 the buck showed up again. But it was different. It had ballooned with 30-plus points and looked to score in the mid-250s.

“You think deer would get maxxed out at 200, but then you get one that all of sudden for whatever reason slips through cracks and it explodes,” Frowick said.

He watched the deer throughout the late summer. On one trip to the farm he actually saw the deer laying in a fencerow 10 yards away as Frowick mowed an area for a fall food plot. The buck stayed there all day, even allowing him to call his wife, Meredith, to bring a camera to the field to video it.

The problem was Frowick had not drawn a tag for 2020. He could only hope it would survive the gauntlet of hunting seasons and harsh winter conditions.

Back in Texas a few weeks after videoing the buck Frowick was sitting in a parking lot thumbing through a social media site when he saw the picture of a massive Iowa deer that had been found dead in a roadside ditch near where Frowick hunted. It was the deer.

“My heart sunk. I had to just sit in that parking lot,” he said. Frowick immediately called contacts in Iowa and learned that indeed the deer had been struck by a vehicle, and legally claimed by a farmer one farm over with a state salvage tag.

“You never know. One of the things I enjoy most, even more than killing a big whitetail, is seeing what they can blow up to year after year. It is one of the factors keep me chasing them,” Frowick said.

So the search has begun again. Frowick has seen some young bucks that show characteristics of the big buck, but are years away from maturity. Maybe they will be ready about the time he draws another permit.