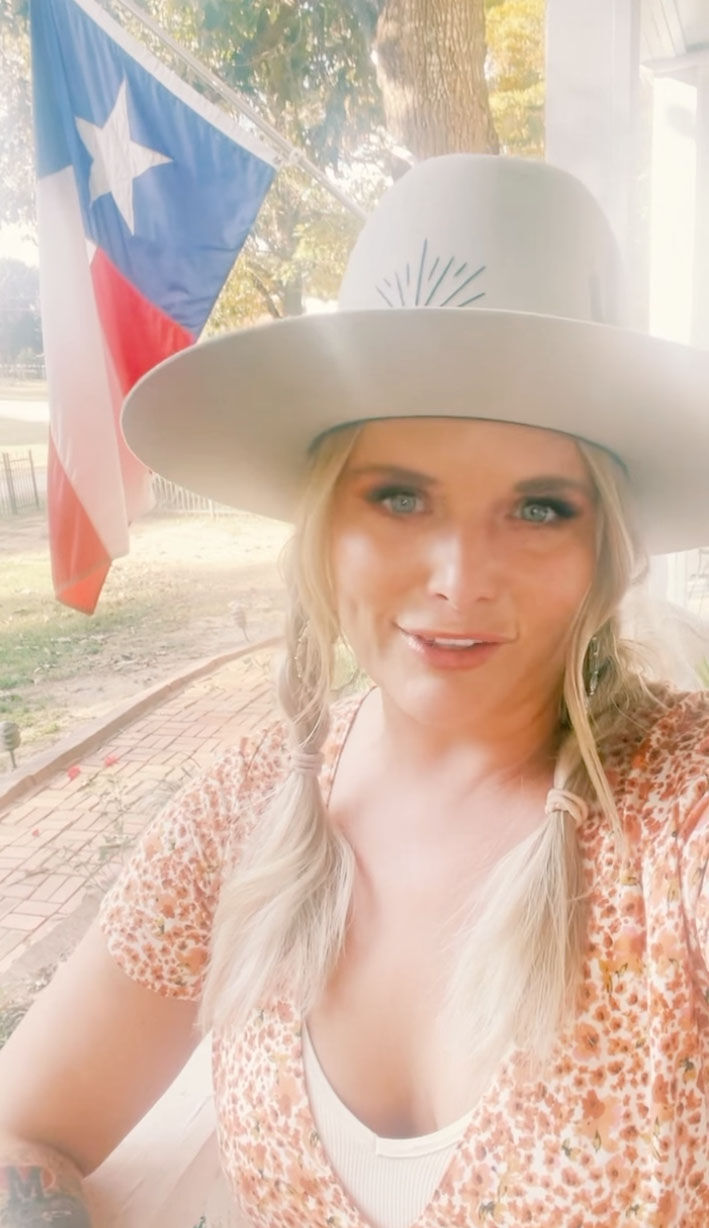 In a video on her

, Miranda Lambert shared with her followers what she loves about Lindale for the 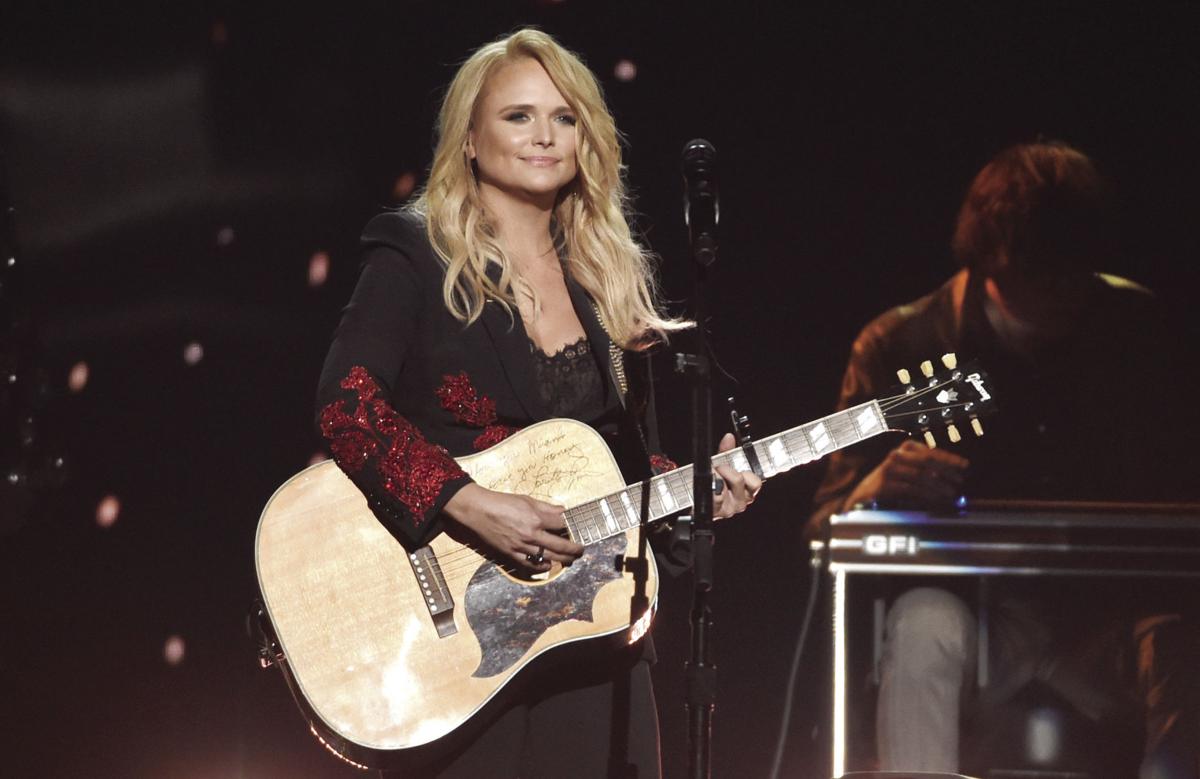 Miranda Lambert is shown performing at the 2018 Academy of Country Music Awards at the MGM Grand Garden Arena in Las Vegas. 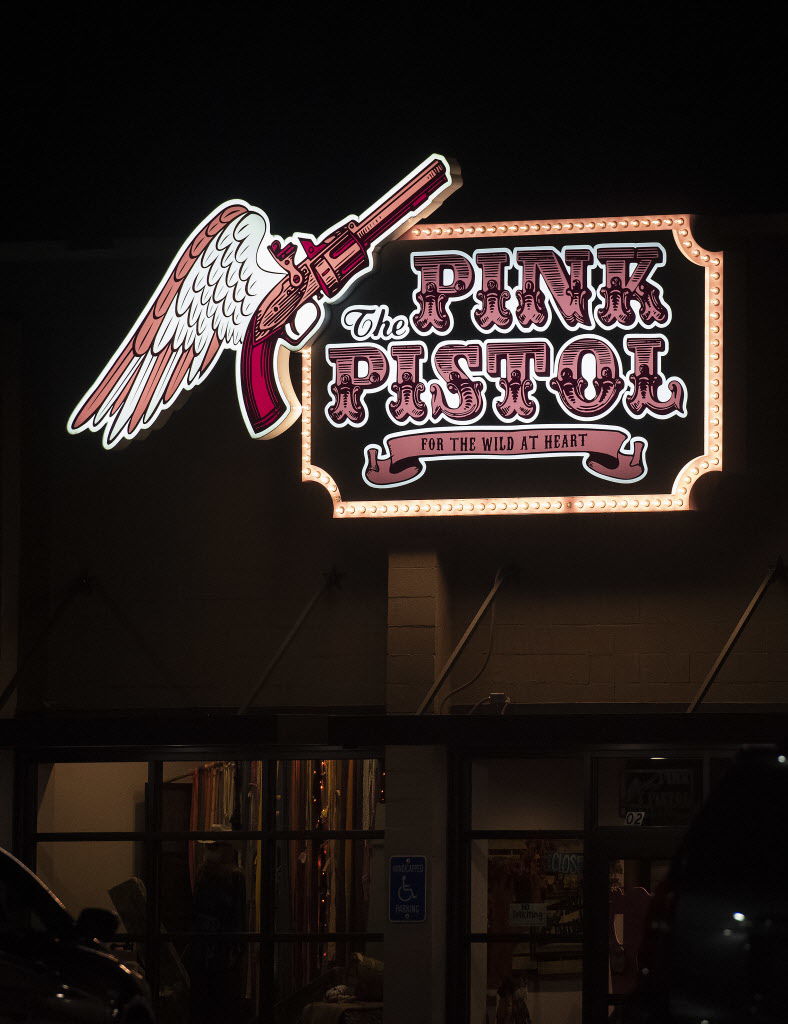 The Pink Pistol, a store featuring all things Miranda Lambert, is pictured in Lindale on Thursday Nov. 15, 2018. (Sarah A. Miller/Tyler Morning Telegraph)

In a video on her

, Miranda Lambert shared with her followers what she loves about Lindale for the

Miranda Lambert is shown performing at the 2018 Academy of Country Music Awards at the MGM Grand Garden Arena in Las Vegas.

The Pink Pistol, a store featuring all things Miranda Lambert, is pictured in Lindale on Thursday Nov. 15, 2018. (Sarah A. Miller/Tyler Morning Telegraph)

In a video on her official Facebook page, Lambert shared with her followers what she loves about Lindale for the Honor Your Hometown initiative — a non-partisan, all-volunteer campaign created by country and bluegrass music singer Marty Stuart and filmmaker Ken Burns.

With a Texas flag behind her, Lambert sat on the porch of her childhood home in Lindale as she spoke about the town that made her who she is.

“I’m on my childhood porch visiting my mama and I thought what a better time to record something about my hometown while I’m right in the middle of it,” she said. “It’s kind of the town that shaped me and built me. Your quintessential small town, Friday night football, Sunday morning church, potlucks and homecoming. I come back here often, but it’s what always reminds me of my root.”

It was on that porch, where Lambert said her love of music began with her dad playing the songs of country music’s Merle Haggard, Guy Clark and Jerry Jeff Walker on guitar. She said her mom was also a big music fan.

“Growing up there wasn’t many places to play, so I’m so thankful that my little hometown of Lindale has really embraced the music scene and the fellowship scene,” she said, adding that she couldn’t have reached her accomplishments without community support.

Nothing feels better than getting to play on the same porch where someone fell in love with music, Lambert said.

Her parents, Richard and Beverly, own the boutique Pink Pistol in downtown Lindale, 114 E. North St., and Red 55 Winery inside the shop.

She noted people can find live music performances every weekday, and most of the local festivals are centered around live entertainment.

“Lindale becoming a music destination was a vision of the city council and that has come to fruition,” Glover said.

Glover added the video has gotten a lot of shares from Lambert’s hometown fans and fans of her music. She believes the campaign will increase the visibility of Lindale and its local shops and restaurants.

“Please consider Lindale for your holiday shopping and all that we have to offer with Miranda Lambert as our hometown girl,” Glover said.

Lambert was inducted into the National Cowgirl Hall of Fame at the 45th Induction Luncheon and Ceremony Oct. 23 at Dickies Arena in Fort Worth. She was announced as an inductee among four other women in November 2020.

“Big congratulations for her being named to the Cowgirl Hall of Fame this week,” Glover said.

Lambert said the initiative celebrating hometowns is “unique and cool,” and encouraged others to celebrate their roots.

“As you can tell I’m a proud Texan with my Texas flag behind my head, but it definitely feels good to be home,” Lambert said. “I think everybody that gets to have a hometown like this should definitely not take it for granted, always cherish it and love it and love the people in it.”

In February last year, Lambert brought the Lindale High School choir on stage for one of her concerts.

The student choir members performed Lambert’s song “Tin Man” at the American Airlines Center in Dallas as a part of her Wildcard Tour.

Since 2006, Lambert has been nominated for a Grammy 21 times, including three wins.

Other stars who have shared their hometowns for the campaign include singers Sheryl Crow, Loretta Lynn and Trisha Yearwood.

To learn more about the initiative, visit honoryourhometown.com.