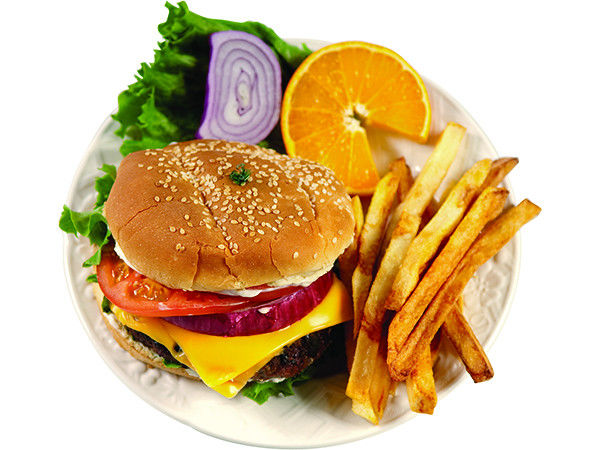 The research, published by the journal Appetite, provides the first evidence that people who perceive themselves as poor are more likely to eat more.

The new study, by Dr Boyka Bratanova, also suggests that people eat more calories to ‘self-soothe' a sense of anxiety when they feel unequal to others.

The research provides the first experimental evidence that poverty and inequality can cause obesity through increased consumption of high calorie food, and that there are psychological mechanisms linking these economic conditions to eating behaviour.

Dr Bratanova, a lecturer in Management at the University of St Andrews, worked with a team of international researchers for the study. She said, "Feeling poor and feeling unequal can simultaneously influence eating behaviour, pushing people to approach high calorie food and consume larger amounts of it.

"It appears that humans and animals respond similarly to harsh and scarce environments, and this response takes the form of pre-emptive increase in food consumption.

"This social anxiety in turn pushes people to consume larger amounts of food high in sugar and fat as a way to soothe their emotions."

In two studies, the team led by Dr Bratanova set out to test the hypotheses that perceived poverty triggers increased food consumption and that inequality induces anxiety, which in turn leads to an increase in eating. The first study experimentally manipulated poverty and measured inequality, the second study did the reverse.

The first study began by gathering some background information, including participants' socioeconomic status (SES), used as measure of inequality. Participants also indicated how worried they were that others could look down on them, see them as inferior, or envy them. Then participants were divided in two groups.

The second study manipulated inequality and measured perceived poverty as ability to afford things in life. The participants came to the lab in small groups and were told that they would engage in a group discussion on personal finances at the end of the session. As in the first study, background information was collected, including family income and SES. Supposedly based on this information, the participants were given bogus feedback that they were poorer, wealthier, or similar to the other students taking part in the session. They were then asked to write a paragraph on how they expected the discussion on personal finances to go.

As expected, those who believed they were unequal to their peers – whether poorer or wealthier – expressed more anxiety in anticipation of the discussion compared to those who believed they are similar to their peers. This anxiety led to an increase of food consumption, especially for students who wanted to be accepted by their peers. As in the first study, along with the inequality–anxiety–increased calorie intake effect, perceived poverty also increased the amount of food consumed.

Dr Bratanova hopes that the findings will be used to re-evaluate tax and education-based interventions aimed at obesity treatment and prevention.

She explained, "The introduction of consumption tax – like the recently introduced sugar tax by the Chancellor George Osborne - is essentially a flat rate tax, and it hits the poorest the hardest. Provided they consume high calorie food to satisfy a psychological instinct, punishing them with higher tax seems unfair.

"People who feel poor would probably continue to eat high calorie food at a similar rate as this food provides them with a higher caloric yield. This is hard to overturn, because the urge comes from a perception of their economic reality. So getting them to pay a higher price is unlikely to drastically change their consumption behaviour, but it is likely to push them further into poverty.

"Campaigns based around education are also likely to induce guilt in poor people, because they convey the message that choosing what to eat is within an individual's control. Instincts, however, are difficult to control.

"Taken together, the poor in a society seem to have it the worst – they carry the burden of poverty, suffer emotionally from relative deprivation, pay higher proportion of their incomes in consumption tax, and feel guilty and inadequate because of their eating behaviour. I am sure public health campaigners, including Jamie Oliver, have their heart in the right place; however, understanding the psychology that links poverty, inequality, and eating behaviour is important so that we don't do greater harm than good. Addressing the root causes – poverty and inequality – would be the ultimate solution of the obesity crisis."