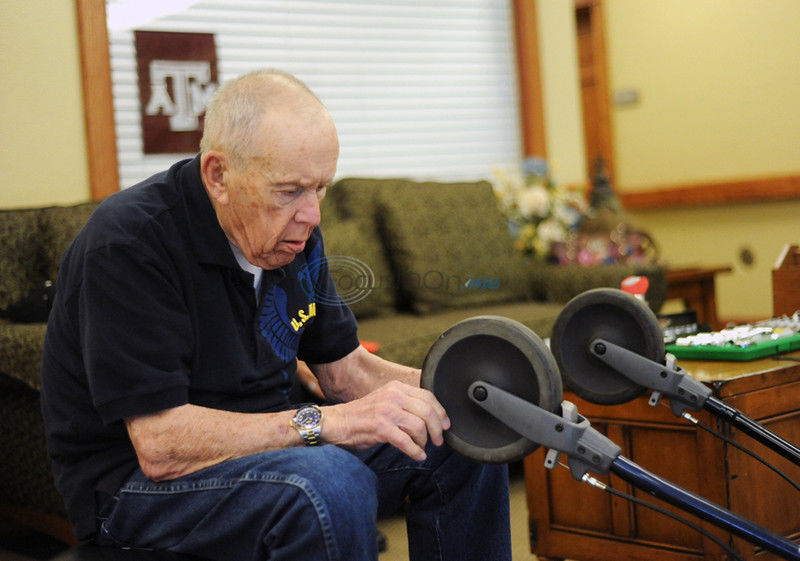 Sid Kahn, an 89-year-old WWII veteran, spend his spare time volunteering at senior centers, veterans homes and retirement homes by fixing wheelchairs and walkers, among other things. Kahn served in the 68th Naval Construction Batallion during WWII, then worked as a police officer in Ventura, Calif. until 1971. (Victor Texcucano/Staff) 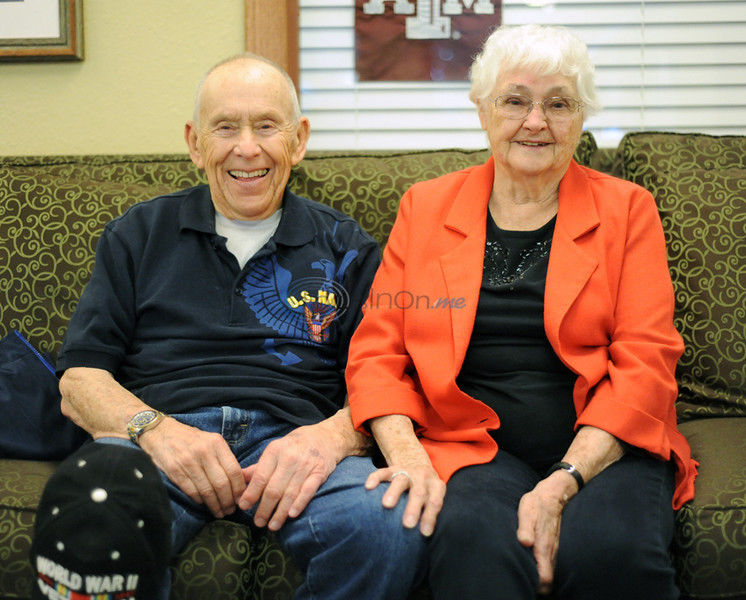 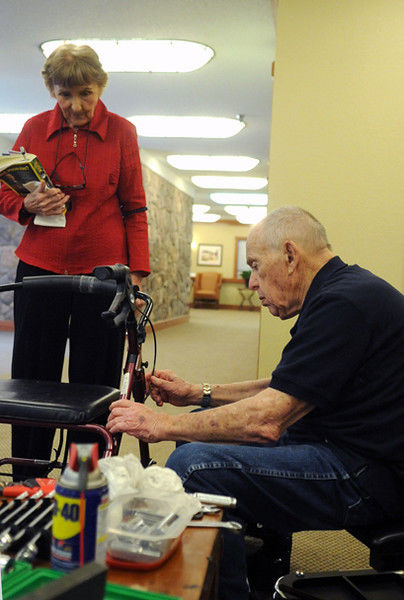 Sid Kahn, an 89-year-old WWII veteran, spend his spare time volunteering at senior centers, veterans homes and retirement homes by fixing wheelchairs and walkers, among other things. Kahn served in the 68th Naval Construction Batallion during WWII, then worked as a police officer in Ventura, Calif. until 1971. (Victor Texcucano/Staff)

World War II veteran and retired lawman Sid Kahn, 89, could be the poster guy for paying it forward.

He spent much of his adult life defending America's interests at home and abroad, but even after decades of public service, he refuses to call it quits when it comes to giving back.

On any given day, Kahn is hot on the trail for his next project, offering his handyman skills to retirement and senior activity centers at no charge, just because he enjoys it.

"It makes me feel good," he said. "I'm limited physically, but I can still help people."

Kahn joined the Navy at 18 in Los Angeles, entering the 68th Naval Construction Battalion, known also as the Seabees, in 1943 to help establish electrical infrastructure to the island of Attu in the Aleutian Islands.

When the war ended, he entered law enforcement, working more than 20 years as a California police officer, working his way up from beat cop to defense expert, before an on-duty injury pushed him into retirement in 1971.

He relies today on a walker to boost mobility, but keeping up with him can be difficult.

On a recent Thursday, he was found at the Tyler Senior Center, covered in grease, dismantling a double oven destined for the scrap pile.

The next day, he was at Atria Willow Park, adjusting wheelchairs and walkers for residents.

As for his schedule the remainder of the month, it's anyone's guess — the volunteer "Mr. Fix It" and girlfriend Melva Horton, also help out TASCA, Rosewood Estates, Garden Estates, Atria Copeland and the Watkins-Logan Texas State Veterans Home.

As a general rule, Kahn performs the repairs, she hands him the tools.

They also perform more mundane chores such as replenishing paper towels and taking out trash … and seem to enjoy every moment.

"He's so energetic and he makes me laugh," Ms. Horton, a retired psychiatric nurse, said. "We get to meet all kinds of people. It really gives you a feeling of satisfaction and we love meeting people of all different ages."

One might wonder why people who devoted their lives to helping others might not want to sit back and relax a bit.

Kahn said he tried at one point to retire and take it easy, but his physician advised him to stay active or die early.

"He was an Army doctor and very crude," Kahn said. "I was recovering from open heart surgery. He had a bedside manner like a dead rattlesnake. He said I needed social interaction with people or I would be in a pine box in six months. I thought very seriously about what he said, and I did what he said."

Kahn said he started offering his services to facilities that cater to seniors and discovered that his second career as a volunteer maintenance man was both satisfying and motivating.

"I like to make sure things are done right," he said with a grin. "I guess I got that from the Navy. Do things right and try to please the customer."

People seem happy to land on the receiving end of the couple's generosity.

"This is a wonderful gift," Atria Willow Park resident Bobbie Sanford, formerly of Longview, said as Kahn adjusted her walker. "I had a wheel that was giving me trouble. I wouldn't know where to go to get it fixed."

"Sid is invaluable to us," she said. "He's very thorough and goes above and beyond to do it right. He's even been known to purchase parts and not charge them (residents). We try to get our residents to engage in life and discover that their lives still have purpose and meaning. … I'd say Sid is a very good example of what we mean by that."