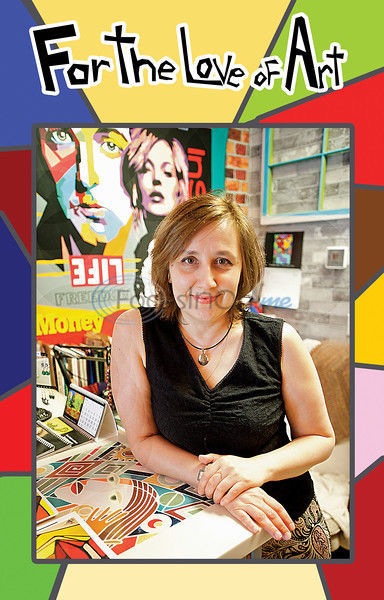 Herb Nygren JR./Staff Artist Valeria Barnhill poses in her gallery Valeria Artlab. Mrs. Barnhill immigrated from Russia and now creates art — something she never considered doing as a profession back in Russia. 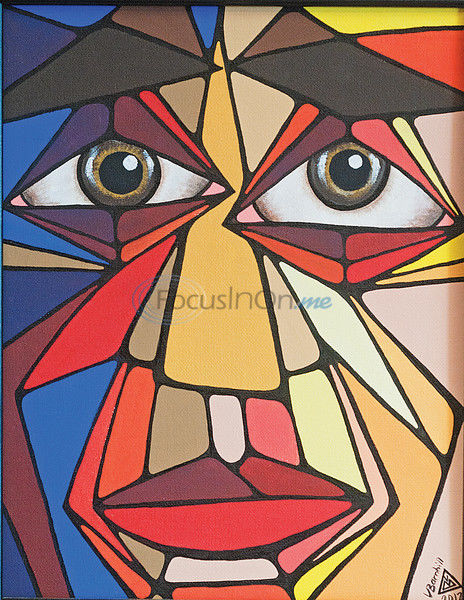 Herb Nygren JR./Staff Artist Valeria Barnhill poses in her gallery Valeria Artlab. Mrs. Barnhill immigrated from Russia and now creates art — something she never considered doing as a profession back in Russia.

Before she came to the United States, Valeria Barnhill, of Whitehouse, didn't consider pursuing her passion for art.

"It was almost impossible to be an artist in the USSR," she said. "You have to be approved by the government.

"That's why I never thought about art (as a career). … You could go and get an art degree, but it left you a very small chance to be approved and be successful." Mrs. Barnhill said. "That is why I did not risk getting an art degree, I decided to get a high-demand, highly sought specialty, and get engineering degree."

Mrs. Barnhill now rents her own shop, where she sells her art, Valeria ArtLab. She moved in during September, and had been waiting for the space to come open for two years, she said.

"Confucius said ‘Choose a job you love, and you will never have to work a day in your life,'" she said. "I feel like that."

Mrs. Barnhill came to the United States six years ago after falling in love and marrying Terry Barnhill, an American. The two met on MySpace and formed a friendship.

She had her civil engineering degree (which Americans call plumbing, she said) and assumed she would get a job doing that. But it was the height of the recession in 2008; she couldn't find any kind of job, she said.

She had always drawn, but began painting seriously in 2009.

"Only few people saw my first acrylic paintings," she said. "They told me I should make an art show, to show other people my artworks. In 2011 I had my first art show in Cafe Tazza."

She estimated that 90 percent of the things in the shop, she makes. Others are from other countries, such as Estonia and her home Russia.

Another of Mrs. Barnhill's passions is teaching Americans about her native Russia.

She runs a Facebook page titled "Russian For Americans" and holds exhibitions such as "Russian Orthodox Icon," "Russian Souvenir," and "I love Russia," where children from Russia show their country in drawings.

Mrs. Barnhill holds art classes almost weekly, and her students are doing well. Two of her students, 11-year-old girls, were recognized for their art at the Academic Rodeo art contest this year.

"I am especially happy when my students who never painted before are showing amazing results and start to sell their artwork," she said.

Jessie Glenn is one of Mrs. Barnhill's 11-year-old students who sold a painting at a recent Tyler Art Walk.

"It was a great experience for an 11-year-old," said her father, John Glenn. "I highly recommend the Artlab. Even if someone doesn't show talent, I think Valeria could teach them."

“Even though I walk through the darkest valley, I will fear no evil, for you are with me; your rod and your staff, they comfort me.” (Psalm 23:4)