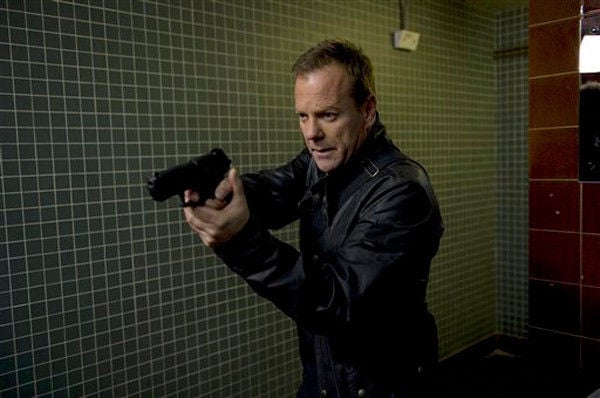 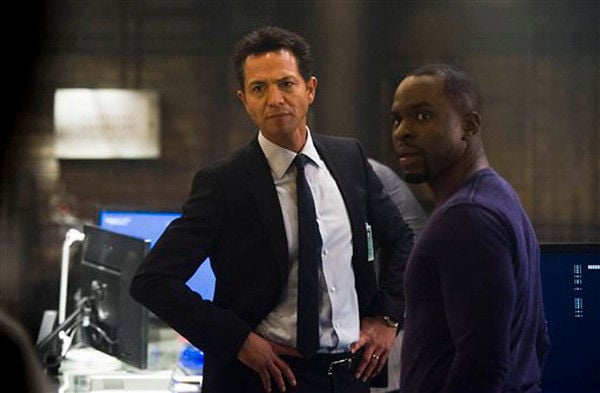 This image released by Fox shows Benjamin Bratt, left, and Gbenga Akinnagbe in a scene from "24: Live Another Day," premiering Monday, May 5 at 8 p.m. EDT on Fox. (AP Photo/Fox, Christopher Raphael) 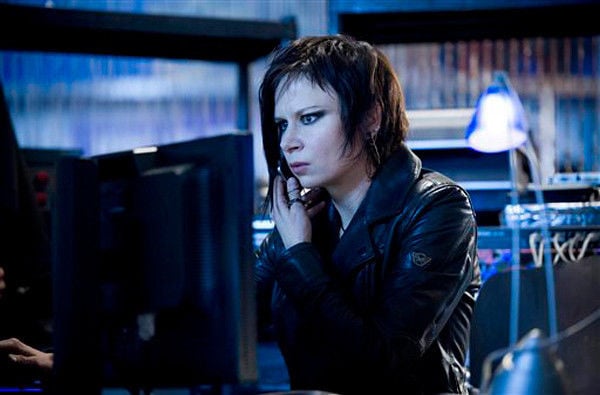 This image released by Fox shows Mary Lynn Rajskub in a scene from "24: Live Another Day," premiering Monday, May 5 at 8 p.m. EDT on Fox. (AP Photo/Fox, Christopher Raphael)

This image released by Fox shows Benjamin Bratt, left, and Gbenga Akinnagbe in a scene from "24: Live Another Day," premiering Monday, May 5 at 8 p.m. EDT on Fox. (AP Photo/Fox, Christopher Raphael)

This image released by Fox shows Mary Lynn Rajskub in a scene from "24: Live Another Day," premiering Monday, May 5 at 8 p.m. EDT on Fox. (AP Photo/Fox, Christopher Raphael)

A counterterrorism agent forced to go rogue, Jack Bauer had been lying low since 2010. He's been off the grid and off-screen since the final cycle of "24."

For eight seasons of this Fox thriller, the indomitable Bauer repeatedly saved the country from innumerable disasters (or tried to) at grave cost to himself. But far from being showered in the thanks of a grateful nation, he was branded and re-branded a most-wanted villain for his service. He had no choice but to go on the lam.

But on "24: Live Another Day," he is nabbed by the CIA shortly after 11 a.m., London time, as this real-time, sequential drama erupts with the first of a dozen episodes that will carry the saga to a breathless resolution 12 hours later in the same hectic day.

Noted: Past "24" seasons ran 24 hours, hence the series' title. So "12" might have been a more appropriate, if lame-sounding, name for this miniseries, which premieres Monday at 8 p.m. EDT with two episodes, spanning the period from 11 a.m. to 1 p.m.

Returning as the intrepid, long-suffering Bauer is Kiefer Sutherland, whose far more upbeat post-"24" drama, "Touch," was axed a year ago after just two seasons.

Also back is Mary Lynn Rajskub as marvelously mopey Chloe O'Brian. Bauer's former Counter-Terrorism Unit running buddy has had her share of tribulations of late, including torture and charges of treason as well as a severe Goth makeover.

And also back, remarkably, is Kim Raver, who, as Bauer's former heartthrob Audrey, was last seen in the conclusion of Season 6 in a coma from which she was not expected to emerge. But there is no happy reunion in store for Jack. It's quite the opposite, even though he — ever the trickster — deliberately contrives to be captured by authorities.

What's Jack's game? He's gotten wind that James Heller, previously U.S. defense secretary but now the nation's chief executive (played by the returning William Devane), is targeted for assassination while in London for a summit meeting.

Still the driven do-gooder, Jack is hellbent on foiling this plan. But it requires him to resurface and tangle with CIA officials (played by Benjamin Bratt and Yvonne Strahovski) as well as President Heller's chief of staff (Tate Donovan), who is now married to — wait for it — Audrey, after having seen her through her miraculous recovery.

"Jack Bauer is a traitor and a psychopath," he seethes, proposing that it's Bauer who is out to kill the president.

Such is the plight of Jack Bauer. He's so heroic, yet so misunderstood — except by "24" fans who will surely welcome him back with open arms. After all, he has served us, too. He saw us through a decade of high alert.

It's worth recalling that "24" premiered in fall 2001. It was hatched as scripted drama's answer to the red-hot new reality genre spawned by "Survivor." Then, just weeks before "24" was set to be launched, everything changed. What had been created as slick TV escapism seemed, quite to the contrary, too close for comfort.

Fortunately, "24" overcame the specter of real-life tragedy while managing to meet the challenge of its snugly packaged format. On the strength of its ambition and inventiveness, it prevailed as a wildly dramatized view of American response to terrorism during each frenzied season's daylong window.

But however violent and grisly (and it was both), "24" saw its shock value waning by its final season. Guns, nerve gas, bombs, bioweapons and more — the show had run through the playbook of awful ways a terrorist could put the hurt on civilized society.

Recall that during the first season's "day," a major mission for Bauer was to prevent the assassination of a presidential candidate.

Like that old saying "Plus ca change ...," here's another political bigwig in peril. And on "24: Live Another Day," the series' conventions have been dusted off and revived for its well-versed fans: the nonstop action, the jittery camera, the pounding percussive music score and the clanking on-screen clock.

Yes, Bauer barks his signature "DAMN-it!" And at the end of the second hour, there's a dandy presto-chango twist, all the more delightful for its after-the-fact obviousness.

There may be genuinely shocking moments in the episodes to come. But if there aren't, that's OK. In our twin roles as citizens and viewers, we have lost a hunk of our innocence since fall 2001. How could "24" in its storytelling hold a candle to

the dread we have internalized since then?

It probably cannot, and need not try. Rather than rousing us, "24" these days has the opposite effect: It lulls us with Bauer's beleaguered, uncomplaining efforts to lend a helping hand.

Bottom line, there's comfort for us viewers with Jack Bauer back on the scene. It's pretty much guaranteed: On "Live Another Day" he'll have another bad day. But we'll all have a blast watching.

EDITOR'S NOTE — Frazier Moore is a national television columnist for The Associated Press. He can be reached at fmoore@ap.org and at http://www.twitter.com/tvfrazier . Past stories available at http://bigstory.ap.org/content/frazier-moore

WHO WE ARE TMT
Subscriber 1/2
ETXJOBS.COM - FP
WalkingLibertyRoll RWB2055 TMT
40 U 40 Nomination Period