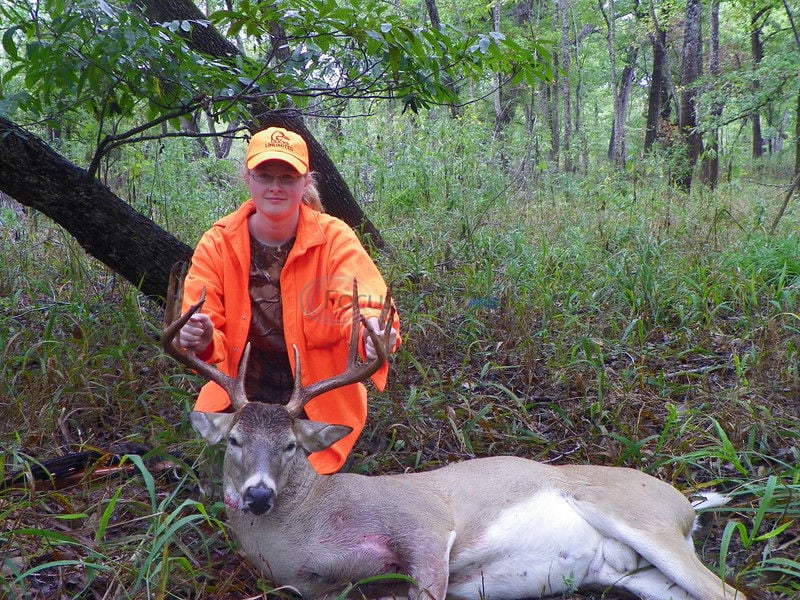 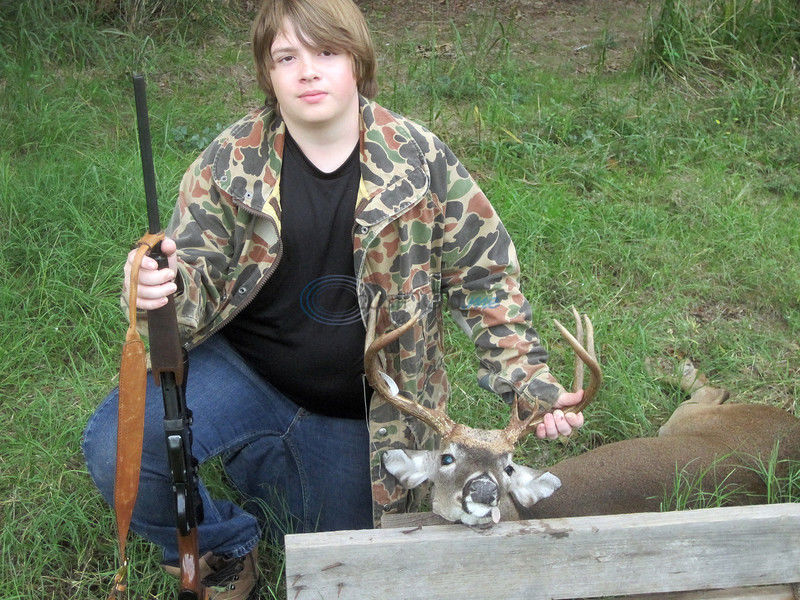 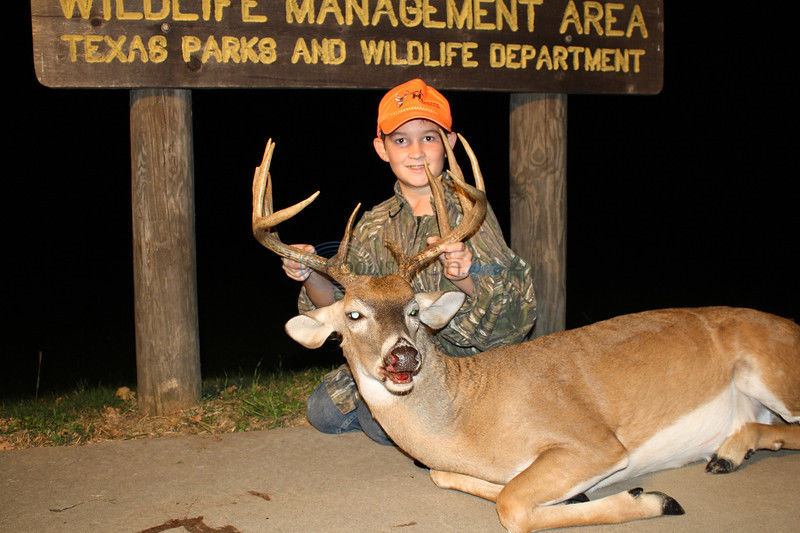 Texas' youth hunting weekend went over well for a number of hunters, including a leader in the Tyler Paper's 34th annual Big Buck Contest first-ever Girls' Division and the season's first leaders in the Boys' Division.

Samantha Merrifield, 15, Hewitt, has only been hunting two years, and up to this point had three does to her credit.

This year her uncle, Johnny Merrifield of Trinidad, asked if she wanted to hunt in Anderson County on the youth-only weekend last weekend.

The two settled in a blind Saturday overlooking a food plot that was about 50 yards by 200 yards.

"The first morning the only thing we saw was a spike," the young hunter said. "We watched it for several minutes before it disappeared in the woods. That evening was a lot more eventful. We saw about 9 deer. The same spike returned that evening along with several does. A nice 8-point buck crossed the shooting lane. I could not find him in the scope, because the sun was blinding me. He vanished before I could get a shot off."

The area received rain that night and the next morning was a muddy mess for the two getting to the blind. They were in the blind early, but it took awhile for the excitement to begin.

"Around 10 a.m. Johnny noticed this buck sneaking through the woods at the end of the shooting lane. He blew his grunt call and the deer started heading towards us. Johnny glassed him over and said it was a nice one. He told me it was a good 8-pointer," Merrifield said.

After waiting for the buck to turn broadside, she dropped it at 70 yards with her .243.

"I was pleasantly surprised when we approached the animal and it was a huge 10 pointer," she said.

The two, grandchildren of Homer Parker and Pat Brown of Tyler, were hunting with their father, Dean, a Tyler native.

Sawyer, 10, actually started the weekend hunting late Friday night taking a giant wild pig on family land near Cayuga. The next day they were in a pop-up blind in their assigned compartment on the WMA.

Since he started hunting Sawyer has taken a mule deer and several wild pigs, but never a whitetail. His luck changed quickly.

The first afternoon the three looked at several 2 ½- and 3 ½-year-old 8-pointers, but passed on all of them. About sunset a doe walked out with what looked like an 8-pointer in tow. Sawyer's dad first thought it was one of the earlier bucks, but after getting the deer to raise its head by using a grunt call, he realized it was a better deer.

The 11-point buck turned and moved straight toward the blind where Sawyer got his shot at 30 yards.

The buck had an inside spread of 14 4/8 inches and a longest main beam of 18 inches. The longest tine was 7 4/8 inches and the largest base circumference measurement was 4 2/8 inches.

Going into this weekend's opening of the regular deer season George Wyatt of Kilgore continues to lead the North Texas Division with a 12-point Panola County buck scoring 159 2/8. Donald Ressler, Palestine, is in second with an Anderson County 9-point buck scoring 135 7/8.

The contest has three adult divisions, North Texas, South Texas and Women's, and Boys' and Girls' youth divisions open to hunters 16 and under.

Winners in each adult division will receive a Remington .270-caliber rifle and a mount of their deer. Second-place winners will receive gift certificates.

No deer taken within a high-fence property may be entered in the contest.