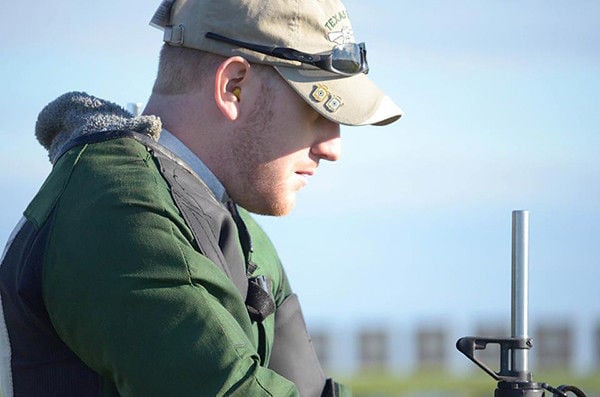 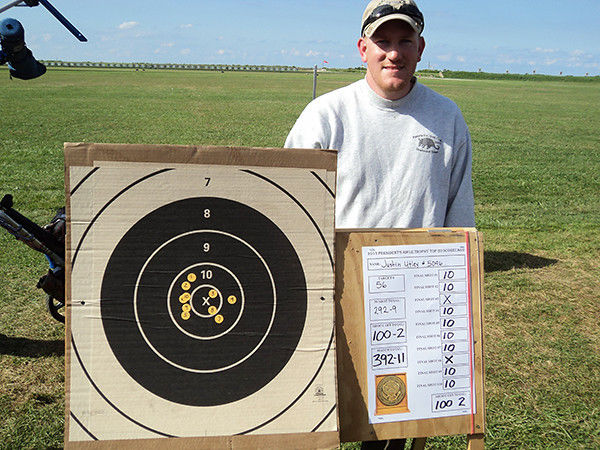 Justin Utley/Courtesy East Texas Shooter Justin Utley had a strong individual showing at the Civilian Marksmanship Program shoot in Ohio. He posted the top score on the second day of the President’s 100 Match (above) to finish third overall.

Justin Utley/Courtesy East Texas Shooter Justin Utley had a strong individual showing at the Civilian Marksmanship Program shoot in Ohio. He posted the top score on the second day of the President’s 100 Match (above) to finish third overall.

But while team success was nice, the Wood County native just returned from the massive national shoot having had his best personal shoot in 13 trips to Ohio. He brought home the Police Rifle Trophy for posting the top score of all police officers and won the Nathan Hale Trophy for having the top score for non-military competitors in the National Trophy Individual competition, and the Pietroforte Trophy as the high civilian for the NTI and six-man team aggregate.

He was also awarded the Elihu Root Medal for being named to an all-star type top-six team of all civilian competitors in team competition. Utley also finished third in the President's 100 match.

"Individually it was my best year," said Utley, who has competed at Camp Perry every year since 2000, with the exception of 2011 when he was attending the police academy.

After a self-proclaimed dismal shoot last year, Utley said there are a number of reasons he did so well at this year's shoot.

"There are probably several things including maturity as a shooter, and as a Texas State team member we have done more team training than we have done in the past. I also have a new rifle that shoots better than the one I had been shooting the last couple of years," Utley said.

Using the new rifle was like a baseball player picking up a bat that just felt right and getting into a groove where it seemed like he couldn't miss.

For competition Utley shoots a .223-caliber AR 15 that he built himself in the last year. The various events include targets ranging from 200 to 600 yards, and all shooting is with iron sights.

"There are different courses of fire, 200 yards standing slow fire and sitting rapid fire stage. I have always been pretty strong at standing and sitting. At 300 yards it is prone rapid fire and that is probably the hardest. Everything has to go right. There is no shoot and see where it went and then shoot another. You are either on or not," Utley said.

The 600-yard targets are prone slow fire, giving the shooter time to reset sights and adjust for changing winds.

"This year was either the worst or close to worst I have ever had dealing with the wind at Camp Perry. At one time I had five inches of angle, which at 600 yards is 30 inches of drift and that is just the wind factor," he explained.

Utley was introduced to the sport as a freshman at Mineola High School by an older student who had gotten involved in the sport.

They initially shot in a pasture at the other student's house.

Today he shoots monthly events at the Panola Gun Club, the epicenter of distance shooting in Texas. Ramping up for competition he shot weekly for a couple of months.

The big challenge was to get the new rifle dialed in mechanically and ballistically. Building the rifle himself he knew the gun was tight. Able to dial in ammo within an afternoon, Utley had an idea this rifle was special.

"We always say the rifle has its own personality and its own taste," he said, referring to the different loads and bullets shooters have to try to get a rifle to shoot the best it can. Some are never capable of shooting good groupings.

Variables can include the quality of the barrel and scope and whether the gun is put together tight so recoil doesn't change settings. There must be precise measurements of the throat of the chamber to determine bullet seating in a shell and experimentation with gun powder to see which shoots best.

"I probably spent a couple of hours trying different loads and measuring to see what would shoot best. I actually have two loads for 600 yards," Utley said.

At 28, Utley is still considered a newcomer to the sport with years of competition ahead of him.

He appears to have a good chance to add team and individual trophies to an already impressive list.