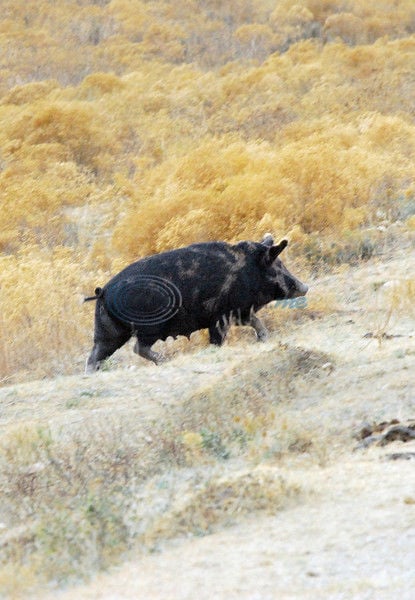 Steve Knight/Staff Wild pigs are found in 253 Texas counties and are costing hunters a lot of money in stolen corn. Along with chasing deer from the feeders, supplemental feed can help sows produce more young. 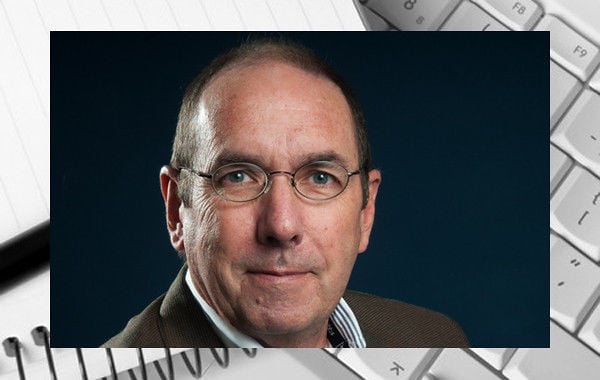 Steve Knight/Staff Wild pigs are found in 253 Texas counties and are costing hunters a lot of money in stolen corn. Along with chasing deer from the feeders, supplemental feed can help sows produce more young.

Wild pigs, love them or hate them they are not going away anytime soon.

The question for hunters is how bad do you really want them on your lease?

If your deer hunting is only marginal these little piggies may be welcome as something to shoot.

If on the other hand you have good deer hunting and you want to keep it that way then pigs need to go.

There is only one problem. That is impossible. Barring a nuclear attack or some other devastation the pigs are here to stay. And every time the feeder goes off back they come back for one more visit, typically taking the corn intended for the deer, and more likely than not the deer are nowhere to be seen.

"I have literally thousands of remote-sensing camera images of critters coming to bait stations. I can count on one hand the number of images where I captured deer and wild pigs in the same frame. Let's face it, behaviorally speaking, deer don't want to be around wild pigs," said Dr. Billy Higginbotham, Texas AgriLife Extension Service wildlife specialist.

Higginbotham said the appearance of the pigs is a problem beyond scaring off the deer. At up to $10 for 50 pounds of corn, they are stealing a lot of money out of hunters' pockets especially when you figure Texas hunters annually buy 300 million pounds of deer corn.

Worse, according to Higginbotham, is that for every ounce of corn, protein pellets or food plot vegetation a pig eats could result in even more pigs down the road.

"It is the potential impact of increasing the nutritional plane of wild pigs via a phenomenon known as flushing. Sows coming into estrus on good nutrition tend to produce more eggs and are likely to have larger litters and better pig survival than their sisters that don't enjoy a free meal at the trough. In other words, we may be making our wild pig problem worse by supplementing white-tailed deer," Higginbotham explained.

Of course not running feeders is not an option in Texas, and to be honest with about 3 million pigs now scattered across 253 counties (only El Paso County is void of wild pigs) it is not a situation hunters can shoot their way out of.

Deer have two offspring in a good year. Sows can have eight or more in a litter starting before their first birthday, and in some instances will have two litters a year.

"Recreational hunting alone will not curb a wild pig population. A significant problem with pigs can exist on a property and they may seldom be seen during normal hunting hours. Landowners and hunters specifically managing for deer, turkey and quail should have a low tolerance for wild pig populations. Strategic shooting, trapping and snaring are all additional tools that are necessary beyond recreational hunting in our current war on wild pigs," Higginbotham said.

Hunters can also do something else. They can save corn and discourage pigs from staying around by fencing their feeders. Although it sounds like an expensive fix, it doesn't have to be. A Texas A&M-Kingsville study showed typical cattle panels, the only thing strong enough to hold back a hog onslaught, might be cheaper than expected.

He explained that enclosures using six 16-foot panels were used, and that fences 28 inches high kept the pigs out even though if building a trap it wouldn't be enough to hold the pigs in.

At that height and with that many panels, even the smallest deer could access the feeder, and the enclosure shouldn't become claustrophobic for rutting bucks.

"We found that wild pigs can be successfully excluded from bait stations without significantly reducing deer access," Higginbotham said.

The problem is that there are no 28-inch panel fences or 56-inch fences that can cut in half. Hog panels are made in 34-inch heights, and that is an issue because the study also found that fences 33 inches and higher impeded young fawns from access either corn or protein. Higginbotham said one solution is to cut six inches off the top of about half of the six panels used.

Higginbotham estimates the cost of a building a six-panel enclosure at about $175. The price of filling a feeder once might run $60, and if it is all being gobbled up by pigs the economics are certainly there.

Add in the return of deer to the feeder, and it might be a bargain.