Sign Up
Log In
Purchase a Subscription
You have permission to edit this article.
Edit
Welcome, Guest
Search
Home
Video
Blogs
TylerPaper.com
FocusInOn.Me Photos
MyLifestylesMag.com
1 of 6 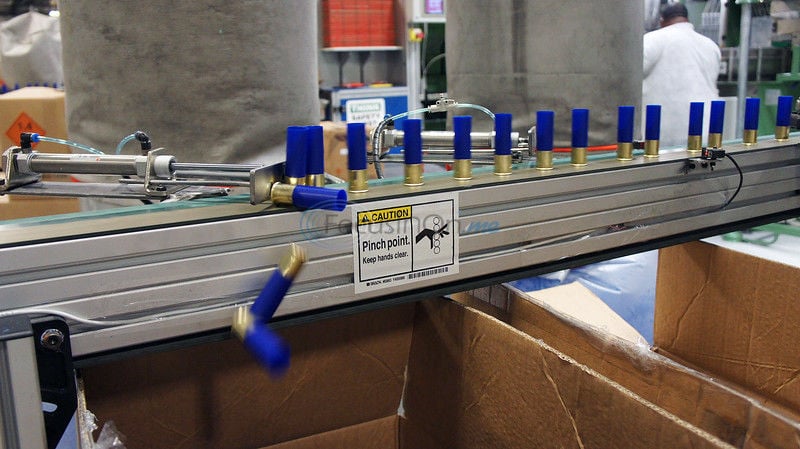 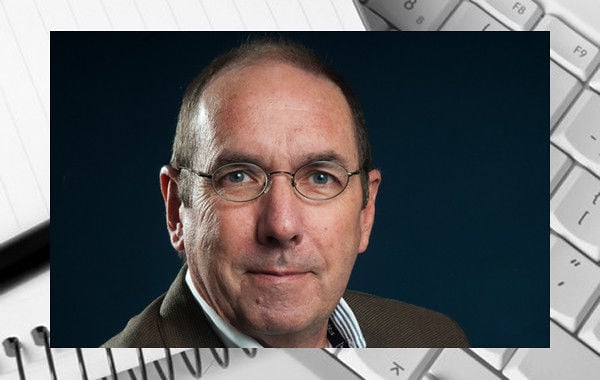 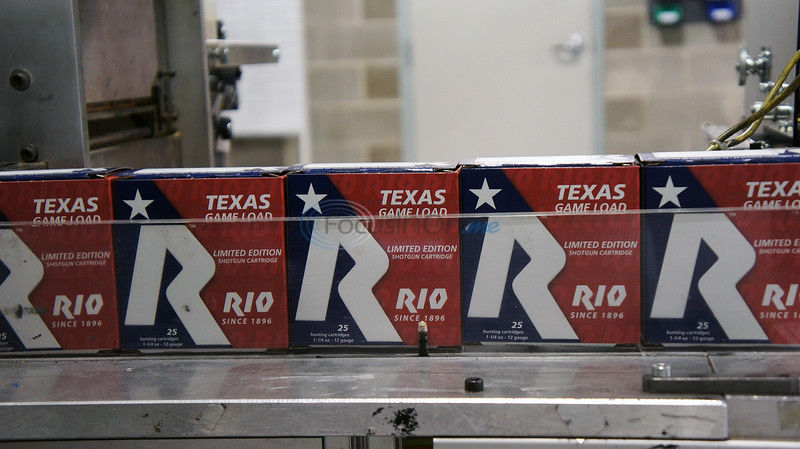 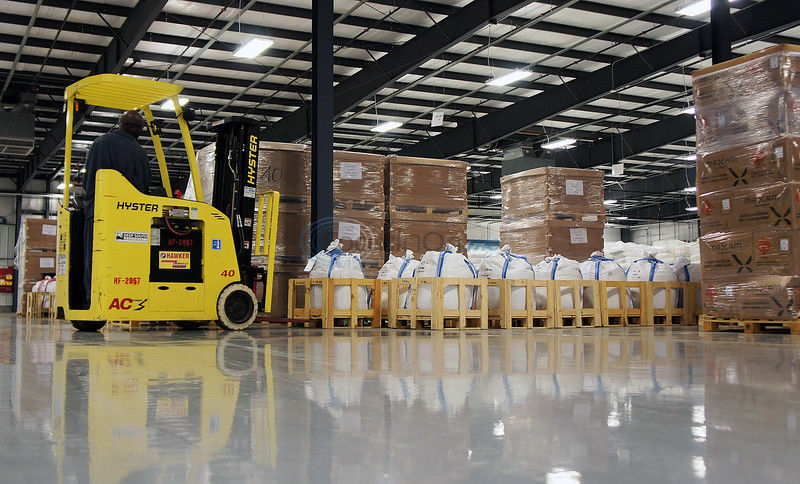 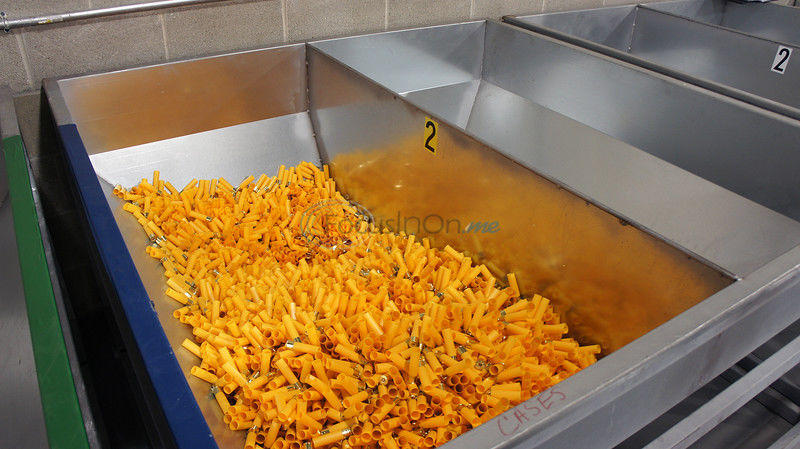 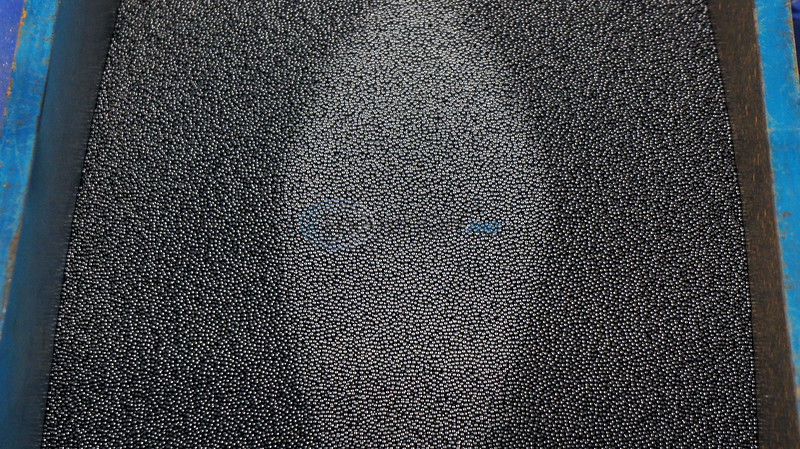 MARSHALL – Because guys like things that go boom, Rio Ammunition has been able to open a manufacturing plant capable of produce a million-plus shotgun shells a day.

The Spanish-owned company's shotgun shell division, Maxam, actually set up shop in Tennessee in 2001 to test the U.S. waters. The test turned out to be a one-year learning curve for the company as well as consumers.

"Europeans like shells with less powder and more speed. Over here we like a bigger bang and less speed," said Patrick Thomas, the company's national sales manager.

Rio is not a new name in the ammunition industry. The company's roots go back to 1896. Prior to opening a facility in the U.S., it already had production operations in Spain, England and Turkey.

One-ounce hunting loads are not the parent company's bread and butter. It also manufactures industry- and military-grade explosives, some of which come from its EXPAL facility adjacent to the new Marshall plant.

Sporting ammo in the United States is proving to be a nice business for the company though.

The Tennessee facility was always planned to be a temporary location. It was housed in a small warehouse leased from a company Rio does business with. An explosion at that facility hastened construction of the already-planned East Texas plant.

Walking through the 105,000 square foot facility last week was like walking into a new home in which the occupants haven't quite completed unpacking, but are already living there. New machinery is scattered among boxes of shotgun shell components, some of which are made in the factory and others that for the time being are still made in Spain.

The first machine is an extruder, that takes plastic beads and makes a 50-yard long hull before it is cut down to the 2 ﾾ-inch size needed for a shell.

From there the brass and primer are connected before the hulls are sent downstairs to a another room where the components, powder, wading and pellets, are added and the shells are boxed for shipment to wholesalers and big box stores around the country.

Unlike facilities that have been around much longer and still use some machines 50 years old or older, the new plant is fitted with all state of the art equipment for efficiency and speed.

For shotgun shell manufacturers this is the busy season. With dove season opening around the country Sept. 1 followed by quail and other game birds, retailers need the ammo in the coming weeks. That means Rio's 40 Marshall employees who keep the plant running 24/7 five days a week had to hit the ground running. Pallets of shells are being stacked around the clock for shipment.

Thomas said the company's long-range plans calls for the Marshall factory to become self-sufficient in that every part of the shell will be formed and constructed there. Now it focuses on the most popular 12- and 20-gauge shells.

"I would say 90 percent of what we sell is 12s and 20s. Maybe more," Thomas said. He added that the company's 16- and 28-gauge shells are still being built overseas.

The East Texas plant has a lab for product testing and research and development, but changes are more tweaks than innovations in this business.

"Shotgun shells have been around forever. There isn't a lot of change. For us it is about the improvement, not changing. Consistency," Thomas said.

Although the new kid on the block, Rio is the fourth largest U.S. manufacturer of shotgun shells. It trails Alliant Tech Systems, which produces Federal and Estate along with several private labels, Winchester and Remington. Last year the company sold about 250 million rounds out of about 1.2 to 1.4 billion sold in the U.S.

Thomas said the company initially made market inroads through pricing, but has gained enough followers from shooters who like the consistency of the shells and their clean firing that it is able to stand on its product quality today.

With overall U.S. demand stagnant and prices stable because of lower oil and lead costs, growth for Rio will have to come through bigger market share. That has not been an issue in the early years.

Rio's biggest seller is its dove load. This year the company will produce two different boxes of the load, a generic looking brown box and a red, white and blue one proudly labeled Texas Dove Load. He added that while Texas is the biggest state for the load, retailers in other states are also requesting the Texas Dove Load packaging.

Thomas pointed out that by next year all of Rio's boxes and components should be labeled Made in the USA.

While lead shot hunting loads are the bulk of the company's business, it is not all of the shotgun shells they manufacture. Rio also produces non-toxic steel and bismuth for waterfowlers.

"Lead is 90 percent of our business. We have not even begun to make penetration into the non-toxic shot, but we have a good product," Thomas said.

Rio is also big in competitive shooting ammo where it has introduced its Elite shell that features a synthetic cork wading and is being cited for its consistent patterns.

Thomas added that as big as hunting loads in Texas are for Rio, target loads are just as big in Pennsylvania.

He also noted that selling reloading components to shooters is another market niche the company could enter in the coming years.

Rio shells should be more readily available to Texas hunters this summer, and what is better than made in Texas for Texans.