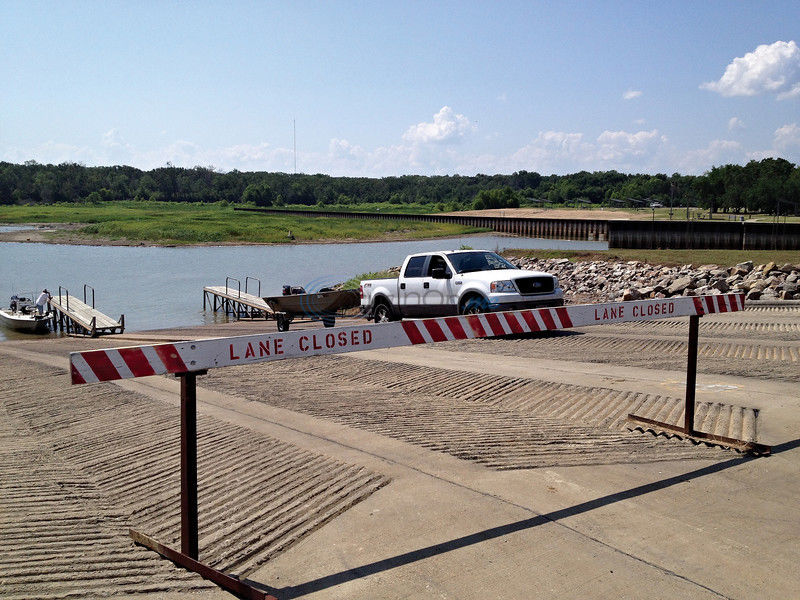 By Steve Knight/Staff While the water level on some East Texas lakes is still in good shape, there are others that are dropping fast. TPWD closed a part of one ramp on Cooper Lake Wednesday. 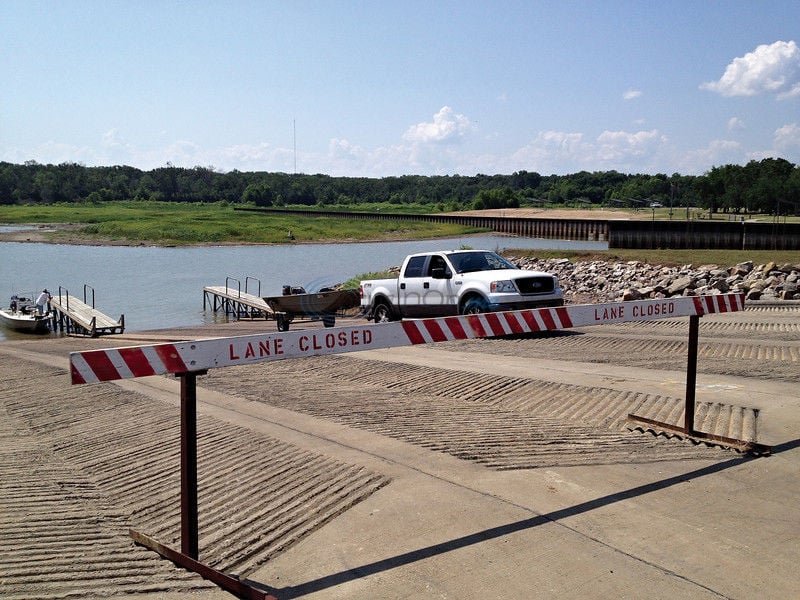 By Steve Knight/Staff While the water level on some East Texas lakes is still in good shape, there are others that are dropping fast. TPWD closed a part of one ramp on Cooper Lake Wednesday.

Weather wise this has been a truly unusual year in Texas and it is just barely halfway over.

We had spring in winter, then winter in spring. It got really hot before the Fourth of July, and then temperatures dipped into the 60s last week.

The strange weather delayed fish spawning activity as the lakes were slow to warm, then when water temperatures started to climb into the upper 80s the last week of June, last week's cool weather and north winds knocked morning surface temperatures down seven and eight degrees.

And mild, at least by Texas standards, weather is predicted for next week as well.

Just as strange as the yo-yo temperatures has been the rainfall pattern. Good rains came in the spring, but not everywhere, and that is starting to show in the lake levels around East Texas.

Cooper Lake, down almost nine feet is the worst-case example in Northeast Texas. The water level has dipped so much in the last month that the Texas Parks and Wildlife Department last week closed one of its ramps at South Sulphur State Park.

Richland-Chambers is the second lowest area lake, currently down 7.21 feet.

Cooper and others on the deficit list generally started off the year low and just haven't caught up. Adding to the lack of rain is the fact that most of the low lakes are sending water to the Dallas-Fort Worth area, which really hasn't caught up since the 2007 drought.

One exception is Lake Fork, which is currently almost five feet low and hasn't been full since 2011. Although Dallas has built a pump station on the lake it isn't operational. This spring the lake has remained steady, not really gaining or losing water. It was down just over two feet a year ago, but dropped to 4.54 down six months ago. There are parts of the lake that have grown in with vegetation in the last two years with the water level down.

The odd couple of the region has to be Lake Palestine and Lake Tyler. Although separated by just a few miles, Lake Palestine is healthy at only three-quarters of a foot down while Lake Tyler is down nearly four feet. A part of that is the now-famous leak in the dam, but eastern Smith County also hasn't gotten the rainfall the western part of the county.

Just as odd is Lake O'the Pines, which is down as much as Lake Tyler, and downstream at Caddo Lake, which is essentially full. That said, Lake Athens, which drains downstream into Lake Palestine, is also almost three feet low.

Toledo Bend and Sam Rayburn are both less than three feet, which is unusual based on the demand for water from the two lakes. In fact, Rayburn has come up, having been down 4.6 feet just six months ago.

But probably the hardest to explain is Lake Wright Patman, which is not only full, but two feet over pool level.

Of course East Texas reservoirs are in good shape compared to those going west. There are a number of reservoirs west of the Trinity River that are at 30 percent or less of full capacity. Three notable that are known for their bass fishing are Amistad, down 60 feet, Falcon, which is down 35 feet and O.H. Ivie is 40 feet low.

While those levels don't mean much to East Texas fishermen, they should be of concern to hunters, starting with dove hunters who open their season Sept. 1. Dry weather in western counties has resulted in a huge grasshopper hatch and according to reports they are munching their way through what had been good sunflower stands.

Some outfitters are predicting the fields will be destroyed well before the season opener.

Drought is normally a huge concern, but it may be too early to tell yet if buck quality is going to be affected this season. The western portion of the state did get spring rains, but they were spotty. In some cases areas got bucketfuls on a couple of occasions, but nothing else.