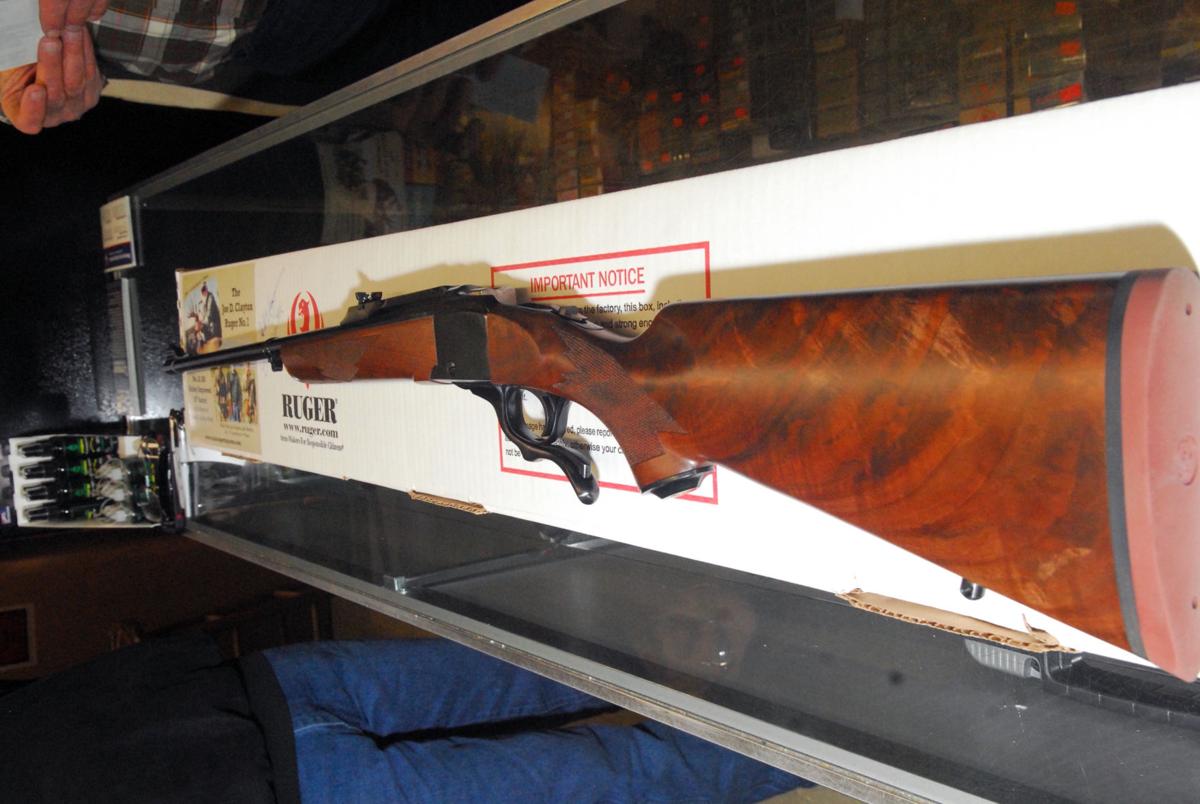 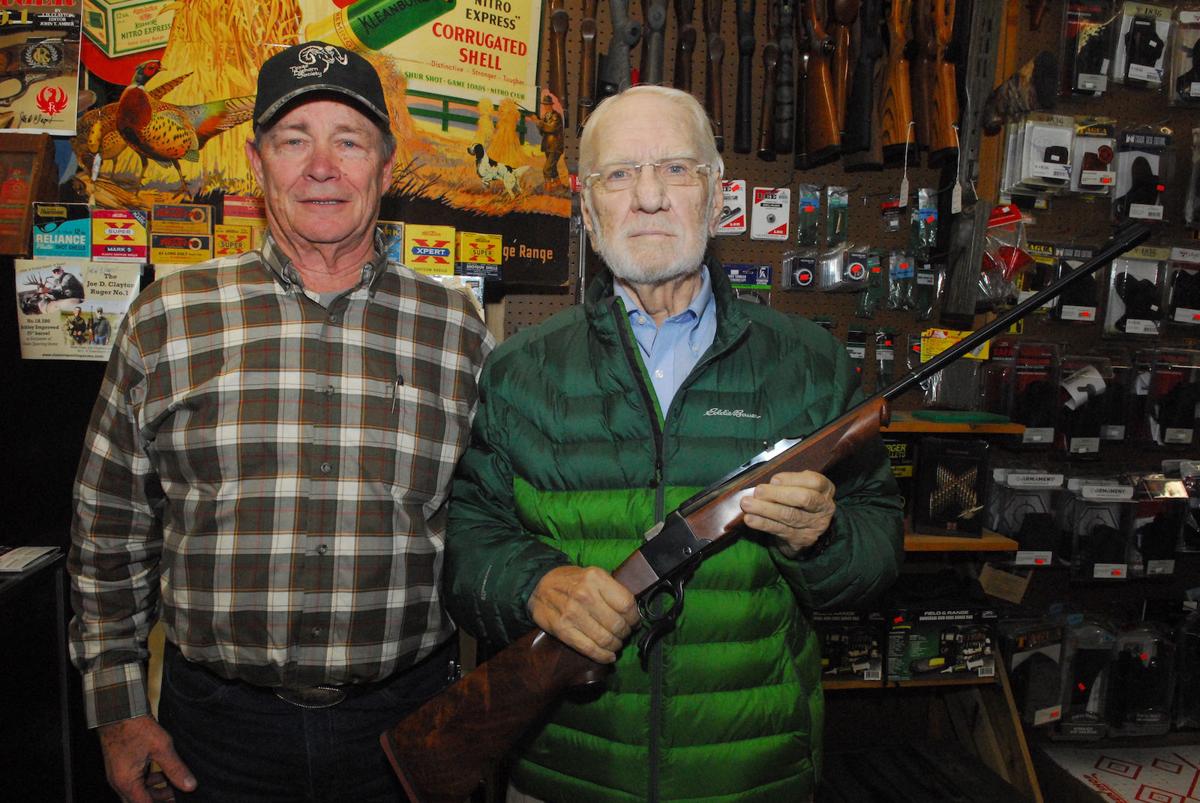 It is amazing how people become collectors. One day they don’t own anything, then the next they have a room, garage or shed full of cars, antiques, Barbie dolls or whatever.

For Tyler’s Joe Clayton it was rifles. Specifically the Ruger No. 1, probably the last of the modern-made single shots. The former Smith County judge was introduced to the No. 1 when a friend mentioned they had bought one. Having never heard of the gun, Clayton was intrigued and made a trip to Mac’s Gun Shop to see if they had one. Owner Richard McBride had two, a .270 caliber and a .243.

“I said ‘That is neat,’” Clayton recalled. “I thought I usually never shoot more than one shot anyway so I bought the .270. I slept on it and went back the next day and bought the .243.”

And that is where the disease began. He began running ads in newspapers and magazines looking for other Ruger No. 1s, eventually putting together a sizeable collection. As Clayton said, collecting is all about the chase. He would eventually liquidate the collection, as he said, to put three children through a collective 17 years of college.

When he did buy a rifle he would contact Connecticut-based Sturm, Ruger & Co. about the history of the gun, eventually becoming one of the foremost experts on the No. 1. This resulted in Clayton being asked by the Ruger family in 1982 to write a book on the gun. He did a follow-up about 10 years ago.

Fast-forward to 2018. Shooting a Ruger American bolt-action rifle that had been customized to a .280 Ackley Improved, Clayton approached friend and fellow No. 1 expert Lee Newton about getting Ruger to produce the single-shot rifle in the caliber.

“About a year ago Joe said, ‘Why don’t you get Ruger to make a No. 1 in .280 Ackley?’ I said they are not going to do that. They have never chambered any rifle in that caliber,” Newton recalled.

Owner of Classic Sporting Arms near Gatesville, Newton is the largest retailer of No. 1s, as well as currently writing a follow-up book to Clayton’s. Eventually he did bring the idea up with Ruger.

Hearing nothing for some time Newton said he was surprised last December when a company engineer contacted him for final specs on the gun. Along with Clayton’s caliber request, Newton added a 25-inch barrel, which had only been used once before on a special edition in 1968. The final request was that the gun would be called the Joe Clayton Classic with serial numbers beginning with Clayton’s initials JDC. Ruger agreed to build a limited edition of 125 and just recently completed the run.

“It is a special order for what would be called an exclusive edition,” Newton said.

It is not the first special edition for the No. 1, but because of the high cost of production and limited demand in today’s market it could be the last.

Newton said even though the longer barrel the Clayton rifle is about four inches shorter than a traditional bolt-action gun, with an A-weight barrel it makes an excellent stalking rifle.

“I think this feels like a quail shotgun when you are carrying it. It is a little different when you bolt on a scope,” said Newton, who has already taken an axis buck with one of the rifles.

The walnut wood stock for the Joe Clayton Classic is considered presentation quality, making it hard for some buyers to take it to the field.

“I find you sit in the deer stand and are admiring your rifle and not paying attention to what is going on around you outside,” Newton said. “It is a good looking rifle.”

The .280 Ackley is built off the .280 Remington, but has 5 percent more powder. The .280 is a caliber that is not well known, but well liked by those who shoot it. It is best described as having similar speed to a 7 mm and the flatness of the .270.

“It is like the 7 mm, but with less powder so it does not have the kick,” Newton said.

Created by P.O. Ackley, it was originally built as a wildcat load. Ruger has a policy of not building rifles for wildcat loads because of the inconsistency in bullet specifications. However, the .280 Ackley was standardized by Nosler and accepted by the Sporting Arms and Ammunition Manufacturers Institute in 2008.

The rifle patterns best with a 140-grain bullet, and Newton said the caliber is capable of knocking down any big game animal in North America with the possible exception of grizzly bear.

The one drawback to the .280 Ackley is it is not readily available at retailers. Manufacturers like Nosler, Hornady and Federal do make the ammo and it is available online. That means hunters who shoot a lot would be wise to keep a backup box on hand.

Clayton said as country boy growing up in Tulia in Swisher County he never imagined having a rifle named in his honor. Along with the guns he bought for his kids he also purchased serial number 56, the year he graduated from Tulia High School, to donate to the Swisher County Archives and Museum to display alongside a copy of his Ruger No. 1 book.

Clayton’s involvement with the Ruger No. 1 has come full circle with Mac’s Gun Shop being one of the few retailers outside Classic Sporting Arms selling the gun. It retails around $1,600, which is quite a bit more than a standard bolt-action hunting rifle. However, considering the gun is basically handmade and in a limited edition it is like comparing a custom built Ford GT to an off-the-line Shelby Mustang.

After a month, 50 of the 125 have already been sold. Newton said some are buying the rifle for their collection, while others are buying them to hunt with.

“I hope they hunt with this thing,” Newton said. “I think it is the finest whitetail deer/elk rifle ever chambered.”