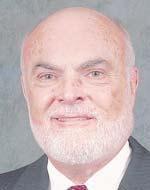 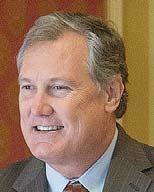 The state plans to spend millions to build a new 100-bed unit and renovate existing facilities at Rusk State Hospital.

"Rep. Clardy and I have worked hard to ensure there is awareness in the Legislature of the significant need for improved mental health funding and how it is important to invest in our state hospital infrastructure," Nichols said in a news release.

In the first round of funding allocation, the Legislative Budget Board has approved $4.5 million to obtain the architectural and engineering plans for a 100-bed unit that will house mentally ill patients requiring maximum security.

If additional funding is approved as expected, construction on the unit could begin as early as 2019, said Angus Lupton, Nichols' chief of staff.

The state also has earmarked $4.5 million for future improvements to a 100-bed section of the hospital treating patients with mental illnesses who pose fewer security risks, the announcement from the senators said.

That improvement project is planned for the 2020-21 legislative biennium.

Rusk State Hospital is one of nine mental health hospitals overseen by the Texas Health and Human Services Commission.

The state prison system operates the Sky-view Maximum Security Unit for mentally ill in Rusk. The state funding is not for the prison unit.

"After years of underfunding,

which has resulted in building deterioration and closure of some hospital units, Rusk State Hospital will now have the necessary funding to meet the increased demand for state mental health beds," Nichols, R-Jacksonville, said in the announcement.

Clardy, R-Nacogdoches, said the funding will help Rusk State Hospital continue a "legacy of exemplary care" and "set the standard for the compassionate treatment of mental illness in Texas."