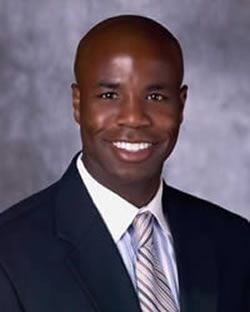 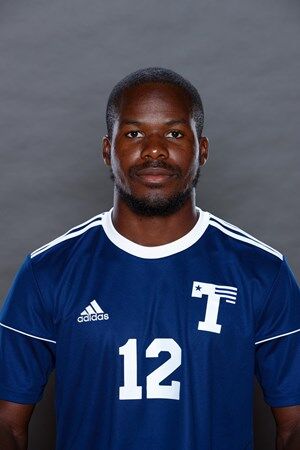 The championship match is scheduled for 5 p.m. Monday.

Jones was named the LSC Co-Coach of the Year alongside Butch Lauffer of West Texas A&M after leading the Patriots to a record of 4-3-1 in conference play. Jones guided his team to a textbook finish in the final three games of the abbreviated season, notching 1-0 wins in all three games to close out the regular season behind a strong defensive effort in each contest.

UT Tyler sophomore Birkir Eydal was named to the second team with Todd Fuller on the All-Freshman Team while Sergio Sola is on the All-LSC All-Academic team.

Assamoi guided the Patriots’ defensive effort on the back line as he played nearly every minute of every match in the nine-game season.

Assamoi finished off his spring campaign in style, delivering the ball to Sola that would find the back of the net with 55 seconds remaining in the first overtime period against Dallas Baptist to clinch the Patriots’ spot in the postseason.

Eydal joined Assamoi with one of the three credited assists for the Patriots this spring, and was just as influential to the Patriot success late in the year. Eydal appeared and started in all nine games and assisted the game-winning Fuller goal in the 1-0 win over Texas A&M International on March 23.

Fuller is noted as one of the best young players in the league, appearing and starting alongside Assamoi and Eydal in all nine games.

Sola joined Steven Chavez and Parker O’Quinn as the third Patriot to be named to the All-Academic team for his efforts in the classroom and on the field. Sola scored the golden goal against DBU to send UT Tyler to the postseason for the first time in the Division II era and continued his outstanding work in the classroom while majoring in Biochemistry.