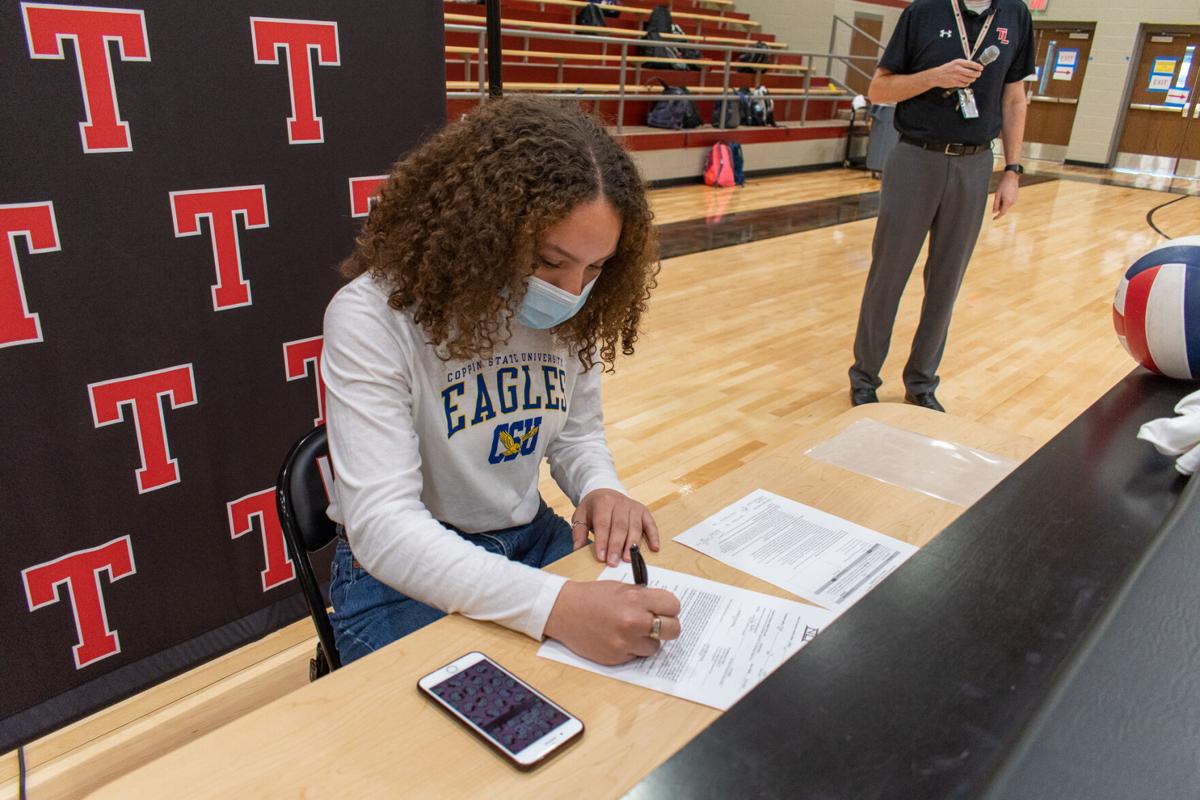 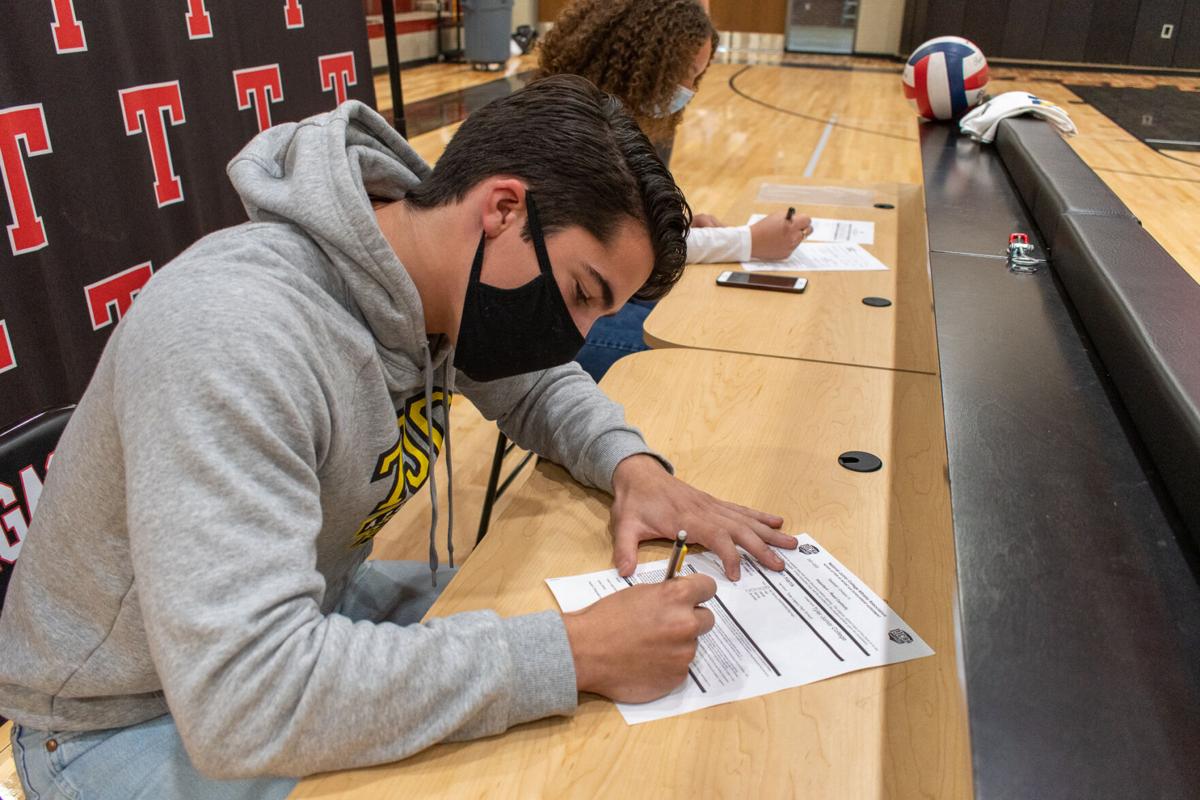 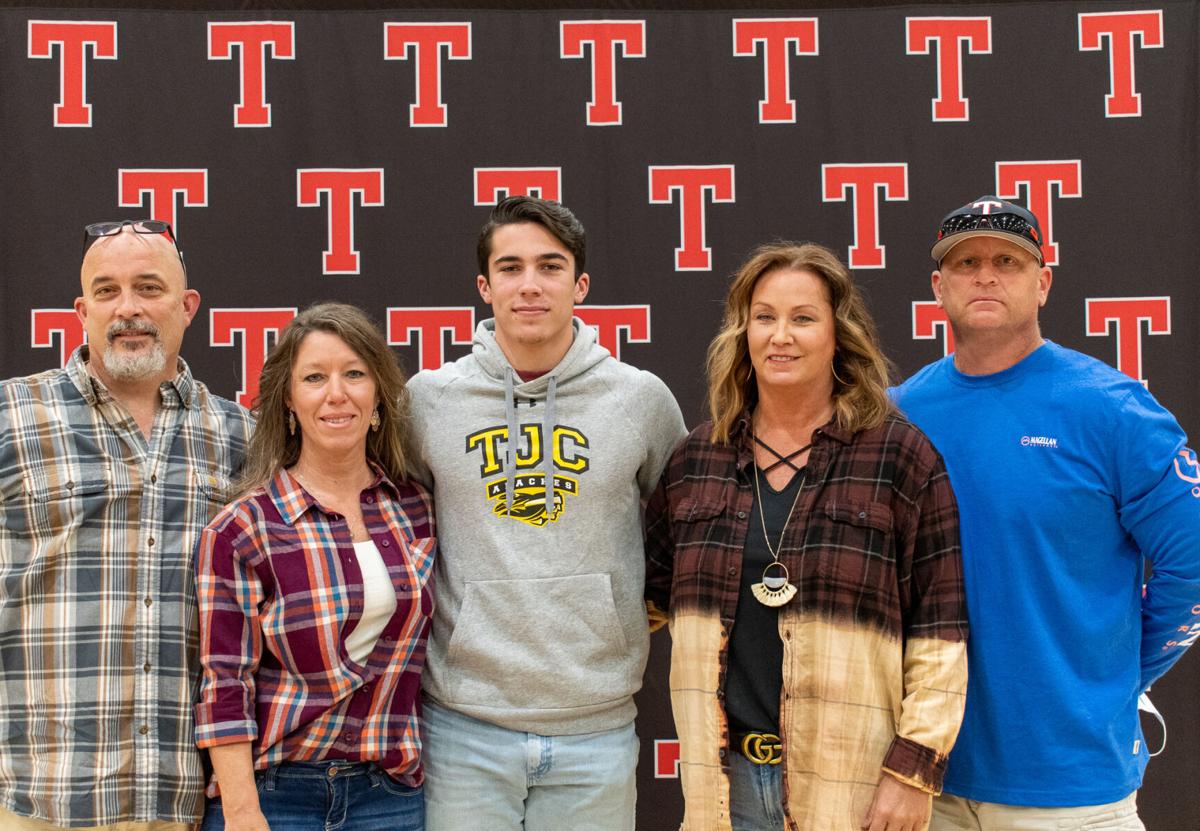 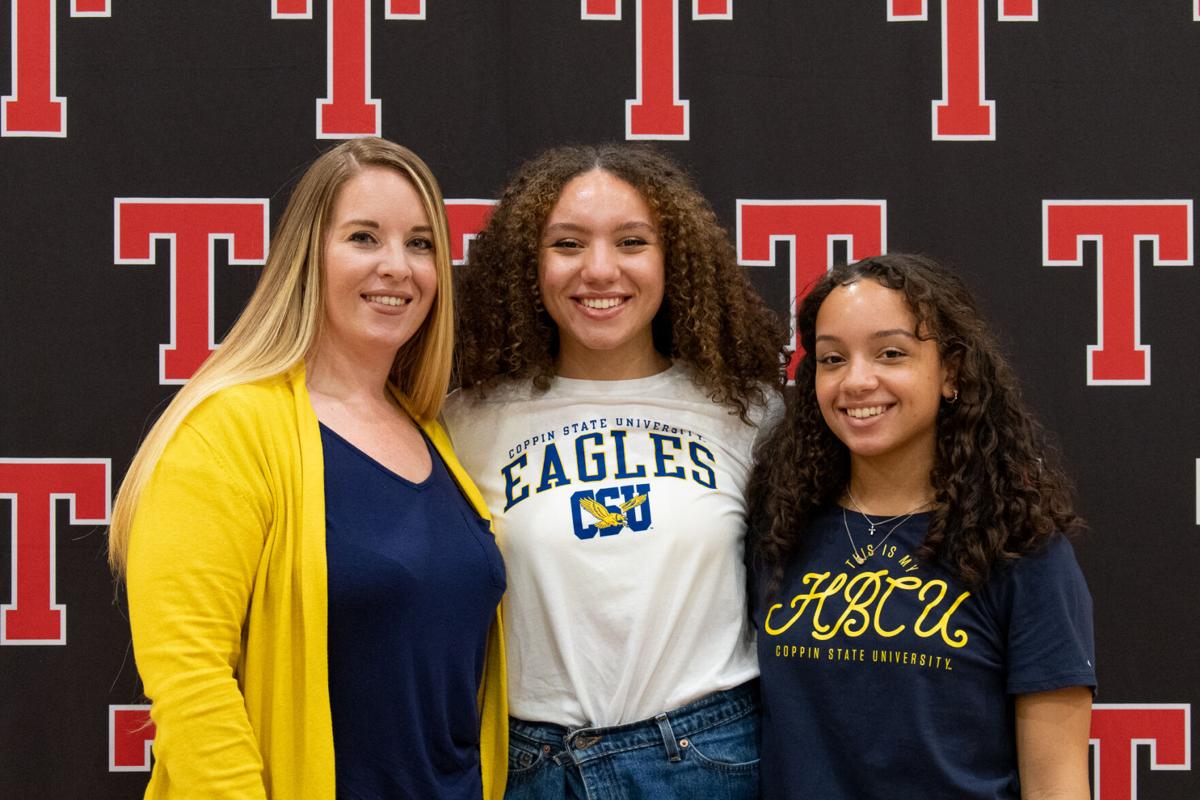 With their teammates and families looking on, Tyler Legacy senior standouts Hope Casel and Colby Harris signed to go to the next level for collegiate athletics during a National Signing Day Ceremony on Wednesday at the Tyler Legacy Varsity Gymnasium.

Casel, a standout in volleyball, inked with Coppin State University in Baltimore.

“My mother (Michelle Casel) thought it would be a good idea for me to go to an HBCU (Historically black colleges and universities),” said Casel, who aims to study health sciences. “I think it will be a good environment for me.”

She picked the Eagles over Lamar University, University of North Texas and Louisiana Tech.

Her younger sister, Kelly, and her mother also attended the ceremony.

“Hope is a very special talent that we have seen grow and change since coming to Tyler Legacy,” Lady Raiders head volleyball coach Bryan Winegeart said. “I am excited to see what her future holds, and I know she is on the right track to have a successful college career.”

The Eagles compete in the Mid-Eastern Athletic Conference.

The Lady Raiders conclude the regular season on Friday at Dallas Skyline before beginning the playoffs next week.

The Red Raider said he always dreamed of playing for TJC.

“I liked the idea of beginning college and playing for an outstanding program like TJC,” Harris said. “I would like to play for two World Series champions my two years at TJC.”

Harris looked at the University of Houston and the Air Force Academy before deciding on starting his collegiate career in Tyler.

Attending Harris’ ceremony were his parents, Alan and Angie Harris; and Ron and Jenny Bogenschutz.

“Congratulations to Colby for his commitment to play next level baseball at TJC,” Boxley said. “Colby has been a solid performer behind the plate for us since taking over the position as a sophomore. Expect big things from Colby his senior season at Tyler Legacy and into his college career.”