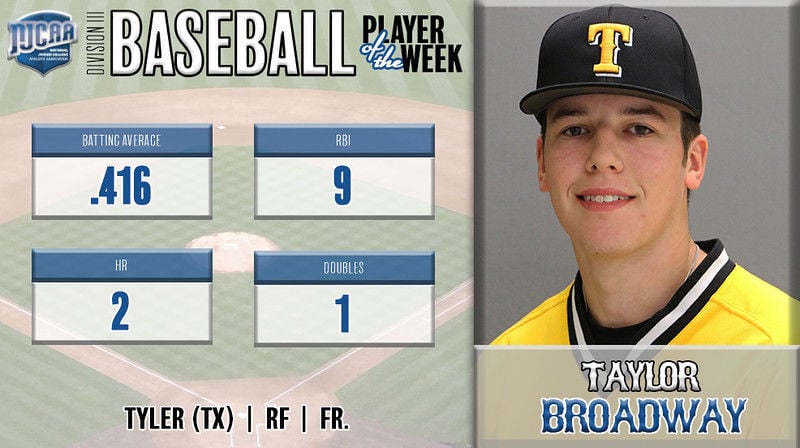 TJC's Taylor Broadway was the the NJCAA Division III Player of the Week. (Courtesy) 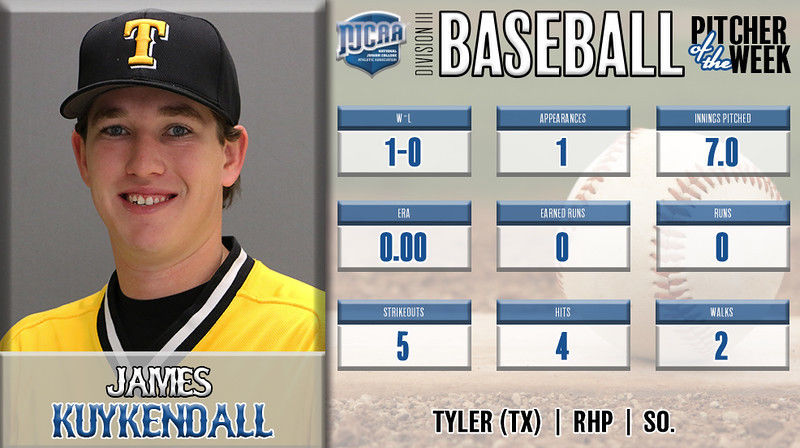 TJC's Taylor Broadway was the the NJCAA Division III Player of the Week. (Courtesy)

Boadway, a freshman from Cypress, batted .416 with two home runs, one double and nine RBIs.

The NJCAA Baseball Players and Pitchers of the Week were announced Wednesday by the NJCAA national office for games played during week 8 of the season (March 13 – 19).